Families told to pay for gravestone repairs after council removes them 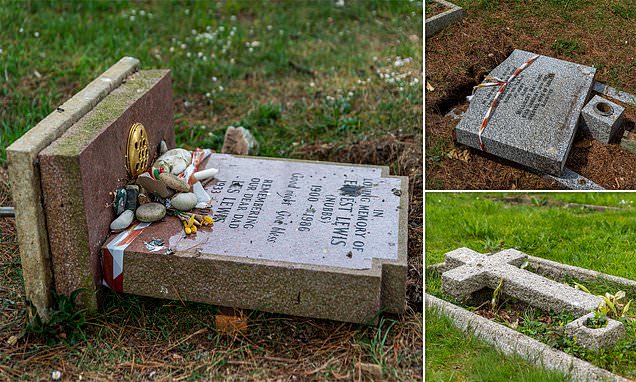 Grieving families are furious after a local council laid down ‘dangerous’ gravestones for health and safety reasons so they do not ‘topple over’ and hurt someone – and told relatives they will have to pay to have them repaired.

Council officials in Weymouth, Dorset, have removed 21 headstones from the ground and left them lying in a cemetery citing the safety of visitors to the graveyard.

But families have described the council’s actions as ‘upsetting and unacceptable’ and one woman has said the headstones will be left on the ground permanently unless the families foot an estimated £150 bill to have them re-erected.

Lynn Lewis says she was not informed of the council’s plans to remove the headstone of her late father Les and only discovered it had been pulled out when she visited Weymouth Cemetery to pay her respects on his birthday.

Les died in 2019 and was buries alongside his father Ernest, who passed away in 1986, with both men commemorated on the gravestone.

Ms Lewis said: ‘It’s all upsetting and I am just flabbergasted by it, surely they could communicate this was happening or let us know beforehand? 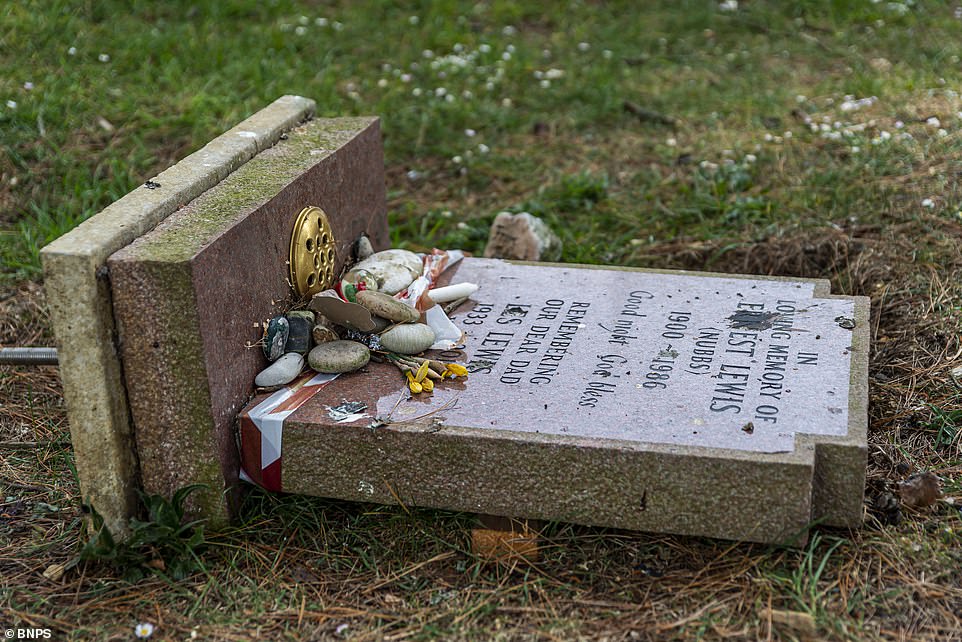 A gravestone commemorating Les Lewis, who died in 2019, and his father Ernest is among 21 to have been toppled at Weymouth Cemetery 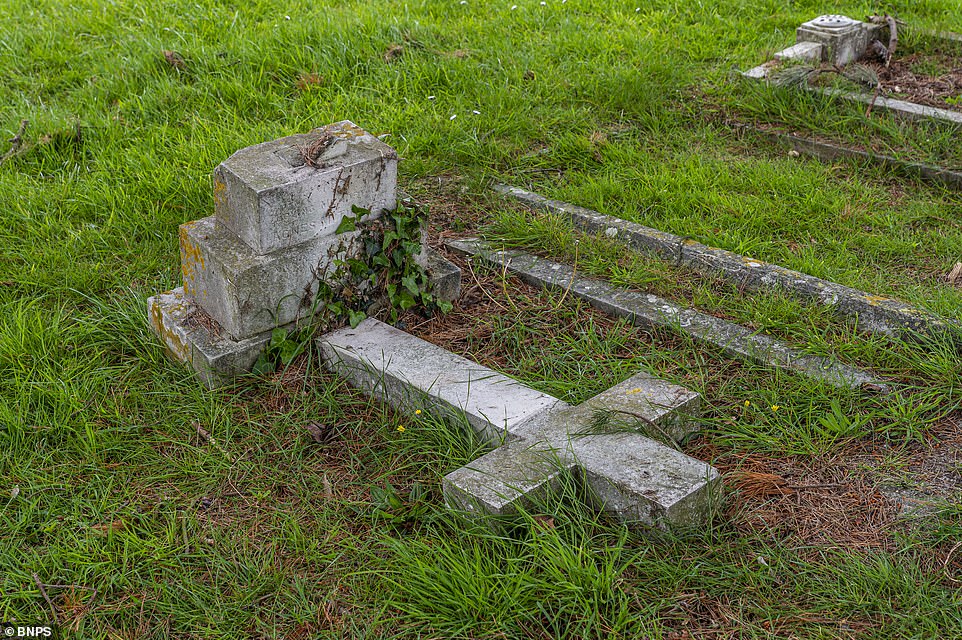 In total, the council removed 21 headstones from the ground as they were in danger of toppling over, a spokesperson has said 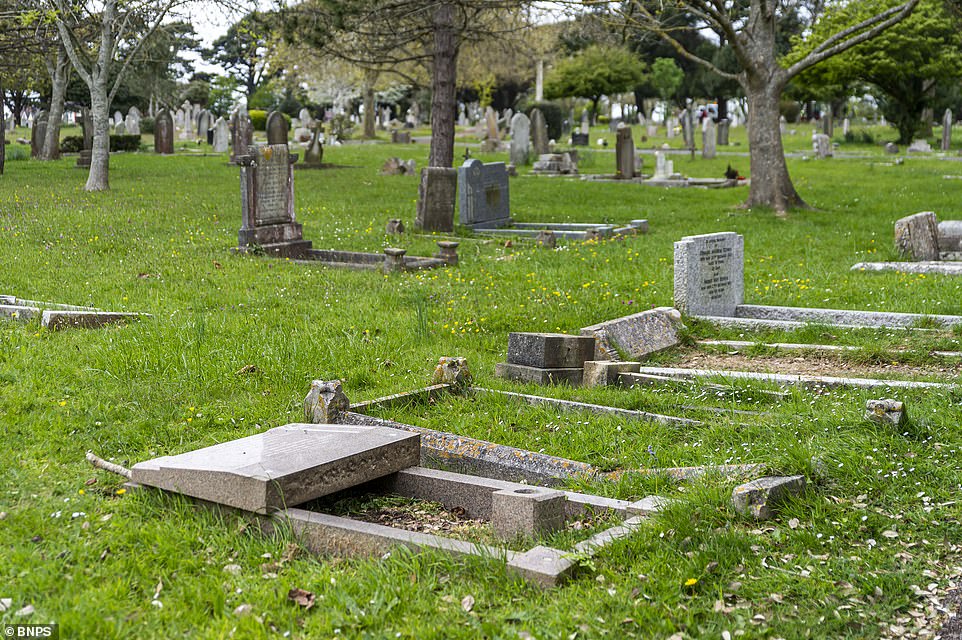 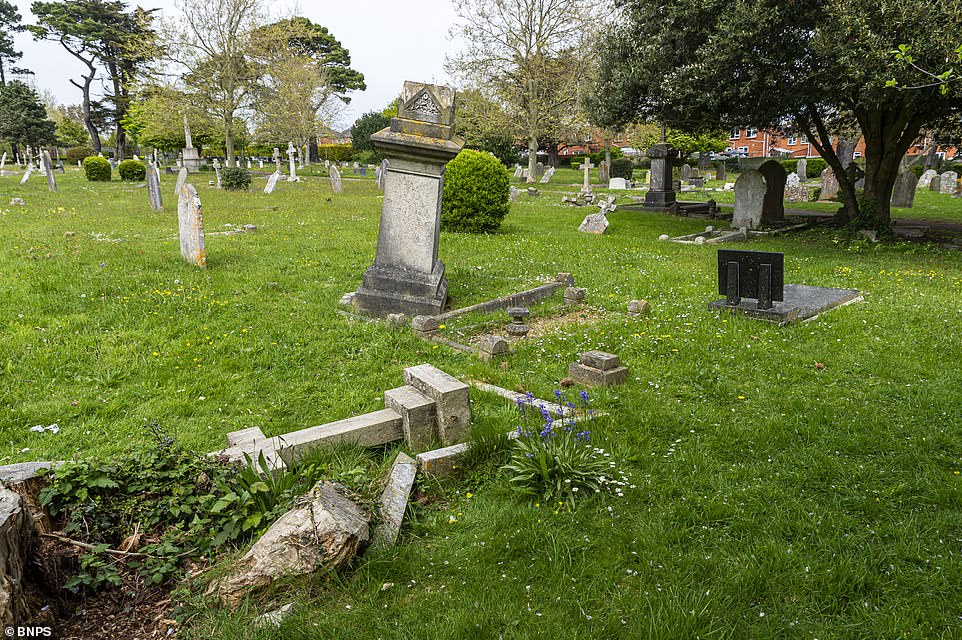 The council has defended its actions, saying it has a duty to carry out inspections of the stones every five years 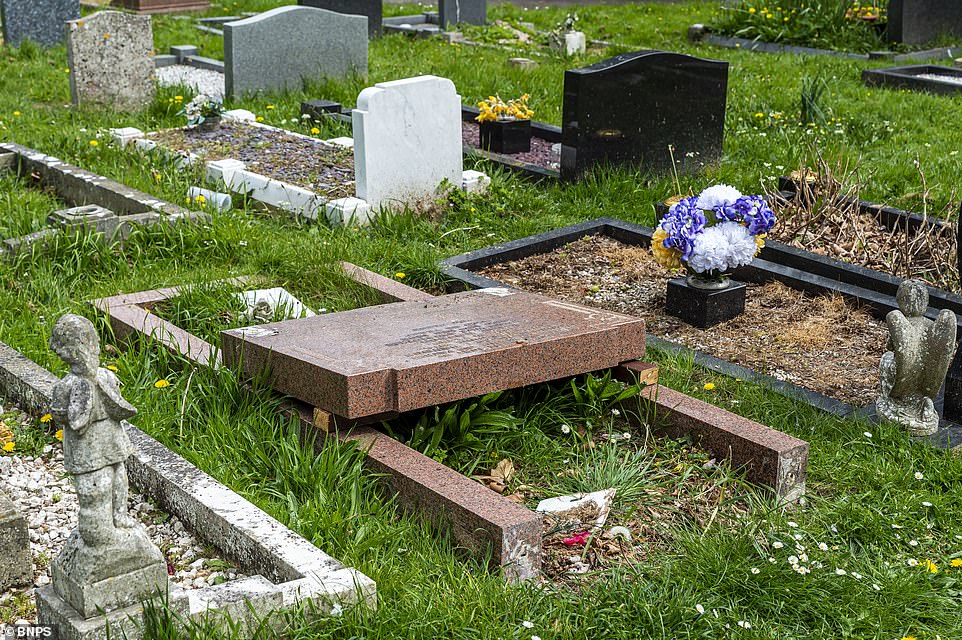 The council has apologised to the families, but insisted it has removed the gravestones so they do not ‘hurt any visitors to the cemetery’ 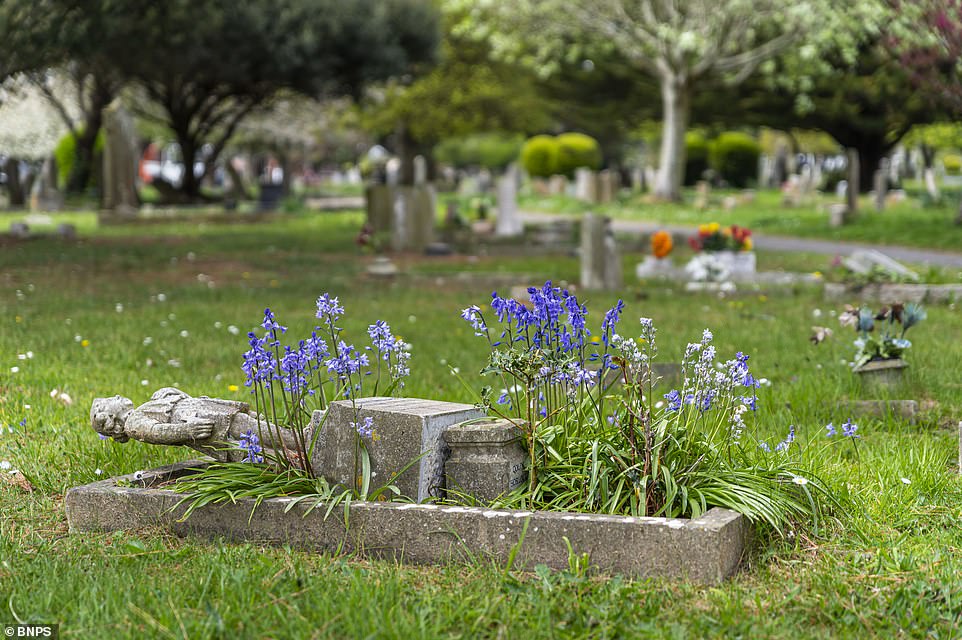 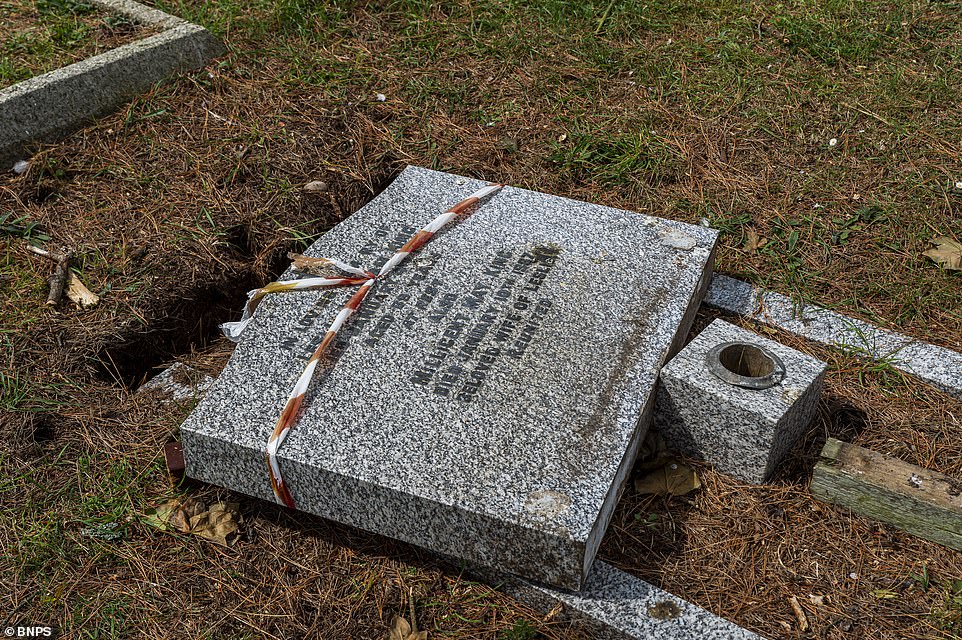 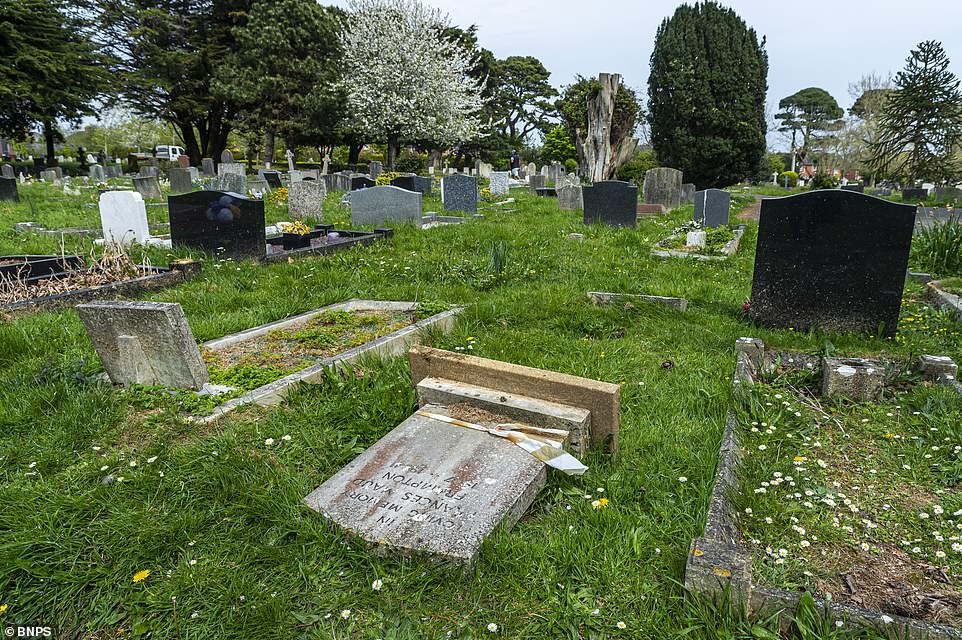 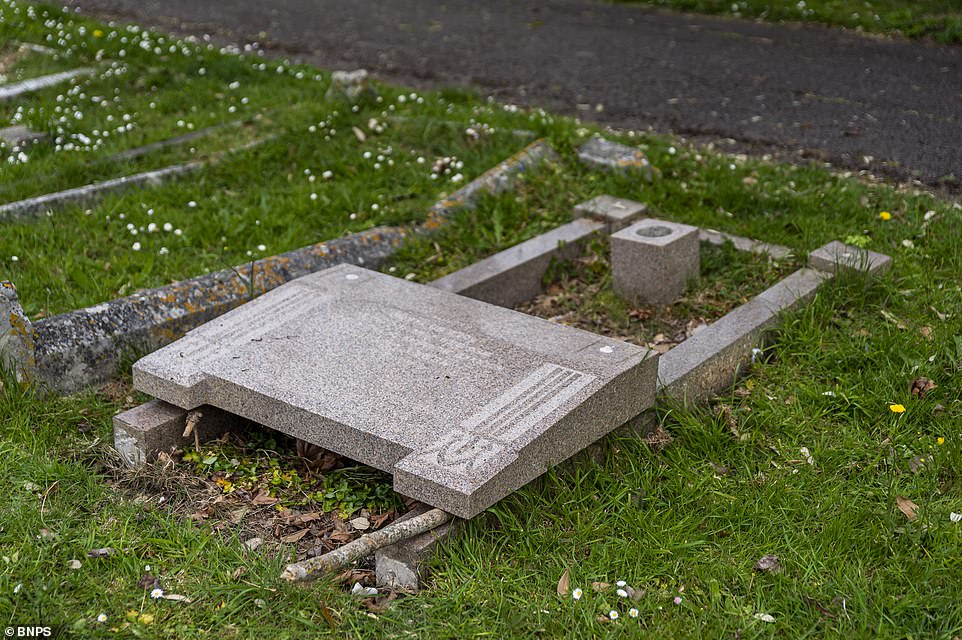 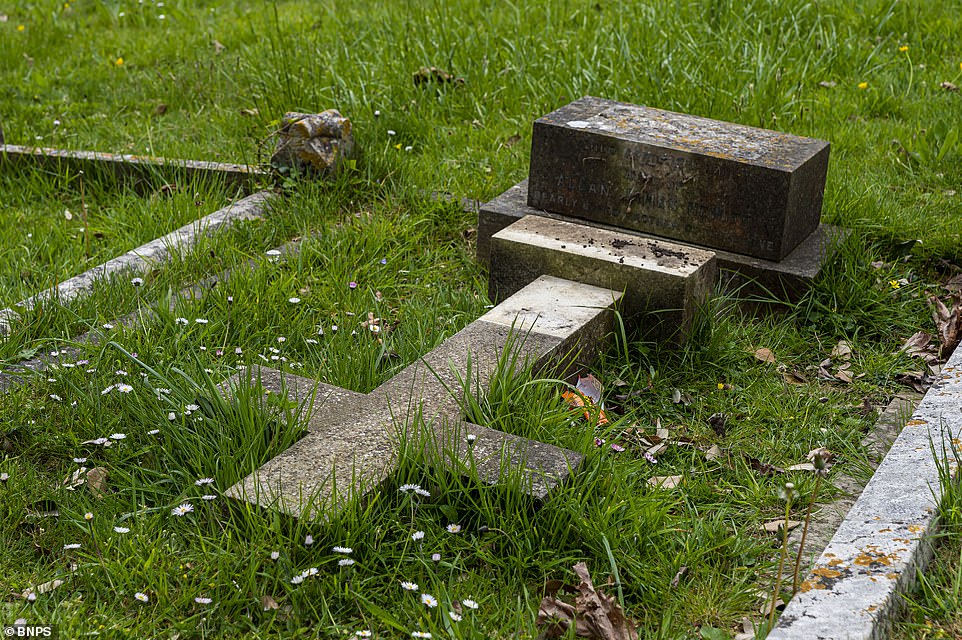 ‘I just feel it is unacceptable not to contact us prior to removal or even to put a note up is just upsetting.

‘My dad passed away in January 2019 so it is still fresh in our mind – it is just awful.

‘It’s up to us to put it up and pay the costs. They just remove them and leave them there.

‘For a stonemason (to put it up) you are looking at £150. It’s totally unfair. The whole thing has baffled me – it’s just awful.’

Weymouth Town Council has defended its actions, stating it has a duty to carry out memorial inspections at least once every five years and, following its most recent assessments, 21 were deemed to be unsafe.

The local authority also said it had attempted to warn all families prior to the removals.

Of the 21 headstones, 12 owners were deceased, six no longer live at the addresses the council has on record and three were contacted via letter, including the family of Les Lewis.

A spokesperson for the council said: ‘We would like to apologise to the family for any distress this incident has caused.

‘We have a responsibility to maintain our cemeteries in the town in the best way possible for all visitors, and as part of this work we do carry out regular safety checks. 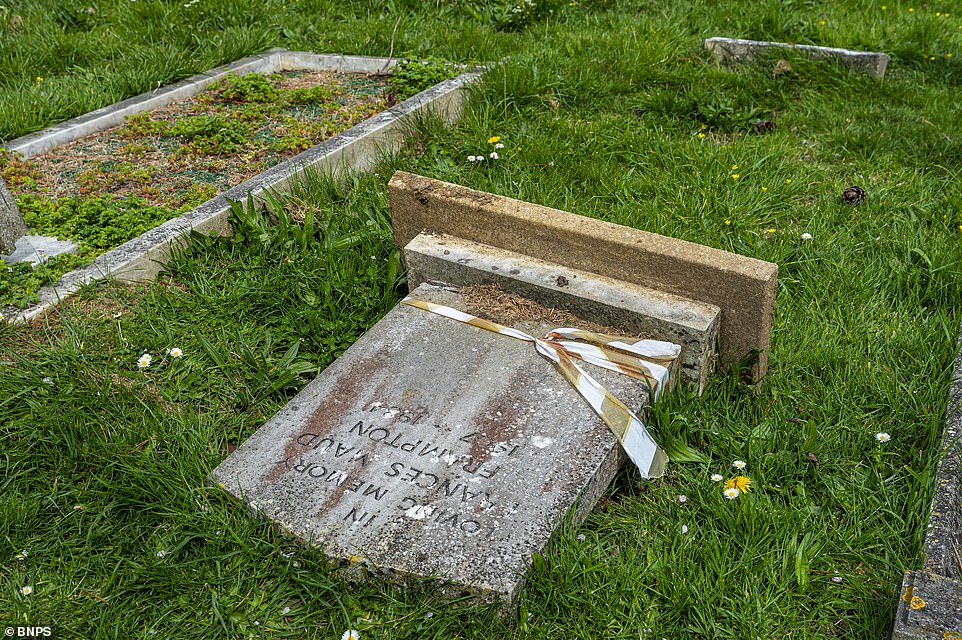 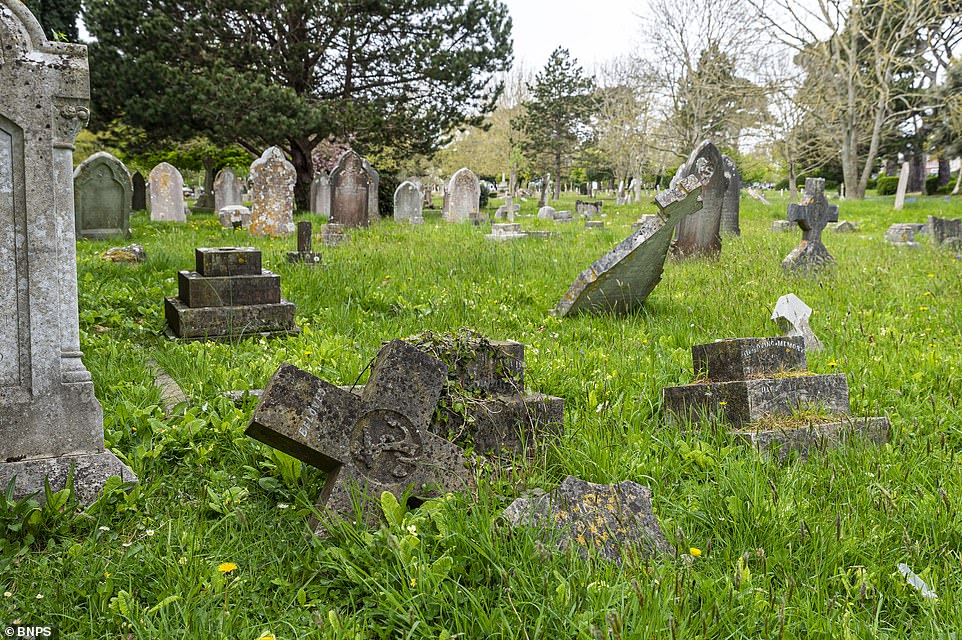 The local authority has apologised ‘for any distress this has caused’ to grieving families, who it is claimed will now have to pay for repairs 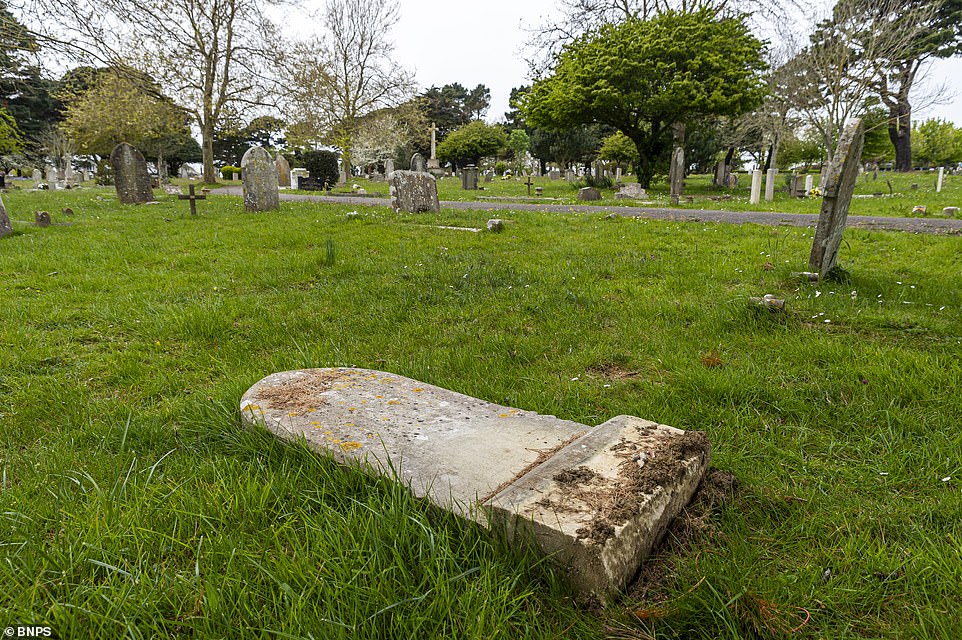 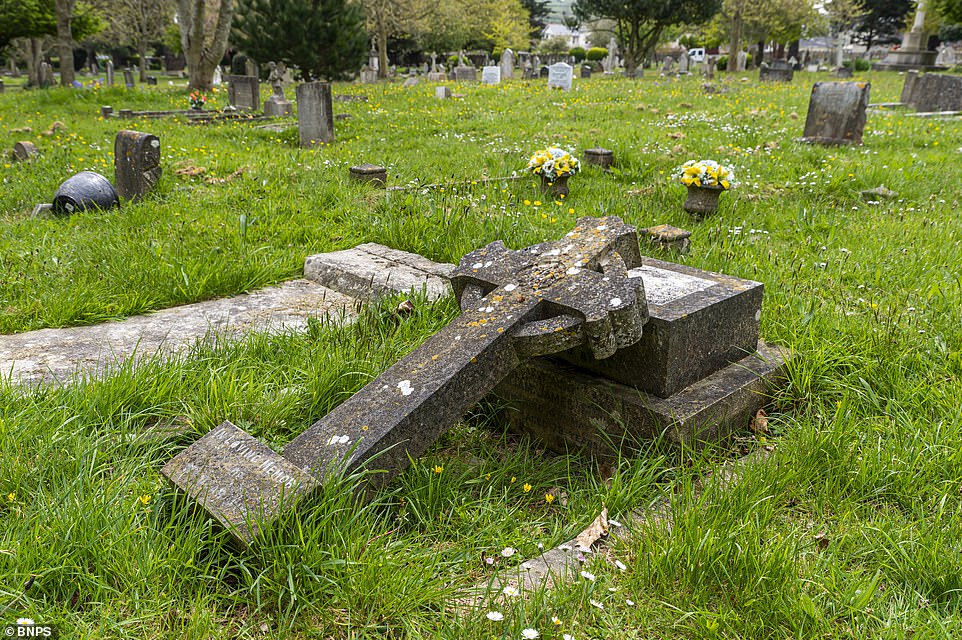 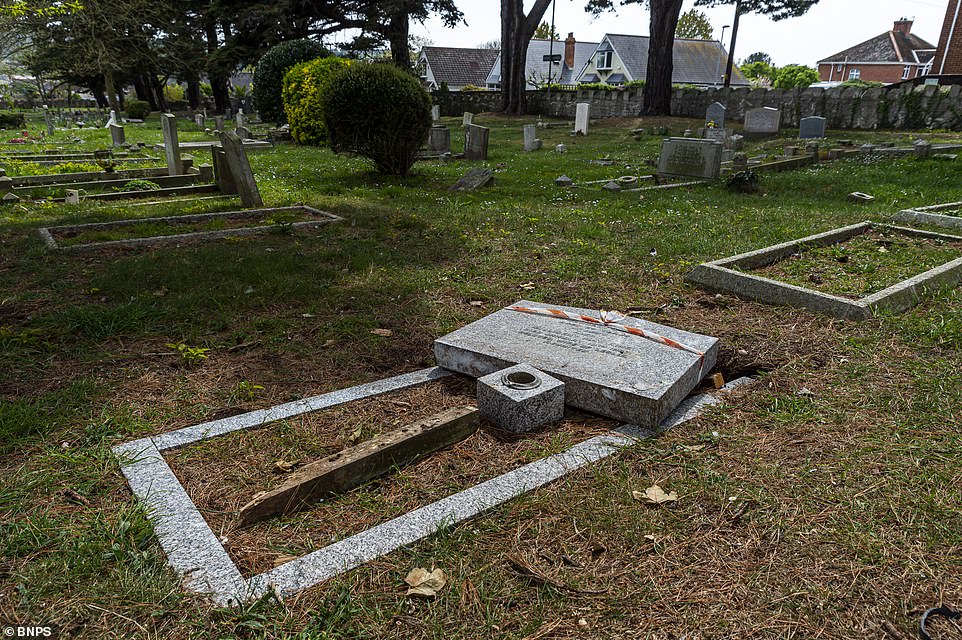 ‘When staff carried out inspections at Weymouth Cemetery, this memorial was found to be very loose and action was taken to make it safe.

‘The headstone was lowered onto the grave to ensure that it could not topple over and hurt any visitors to the cemetery.

‘If we have had to lay down any headstones, we then inform people about this. Apologies again for any distress this has caused.’