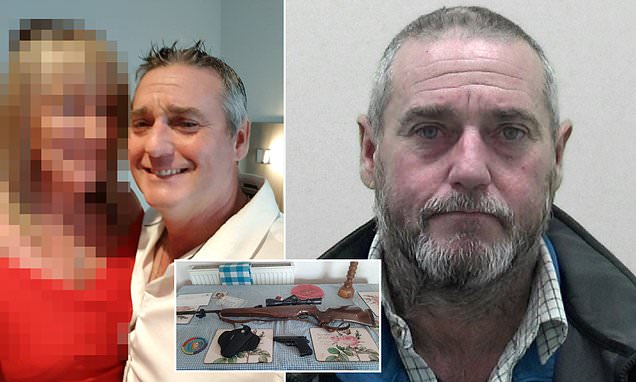 A love rat ‘fantasist’ farmer who convinced his lover he was a spy who was in so much danger he needed a handgun to protect himself while eating a Toby Carvery roast was jailed for more than five years today.

John Hare, 53, a married man with children from Seaham, County Durham, told his girlfriend he had killed people in the past while working for the British secret services and had to carry a weapon at all times in a ‘James Bond type fantasy’.

Newcastle Crown Court heard Hare was even armed during a dinner outing to a Toby Carvery and would carry the .22 pistol on nights out with the woman.

And when he was with his wife he told his lover that he was away on top secret ‘ops’ protecting the British state in a con that lasted seven years until she called the police when he beat her up and smashed up her car wing mirror.

Detectives then discovered that the manipulative liar was a middle-aged married farmer who invented a fantasy lifestyle to conceal his adultery from the woman he duped.

And last week Judge Edward Bindloss sentenced him to five-and-a-half years behind bars after he admitted possession of a prohibited firearm, which he said he had bought over the internet around 16 years ago and hidden in his chicken coop. He was also convicted at Newcastle Crown Court of criminal damage and assault.

Today his victim, who loved him and believed he was a secret agent, revealed her humiliation at being sucked in by Hare’s lies, admitting she will never trust another man again.

Because of Hare’s web of lies she said she has spent the last two years living in fear of reprisals from the Secret Service as she waited for the case to go to court. 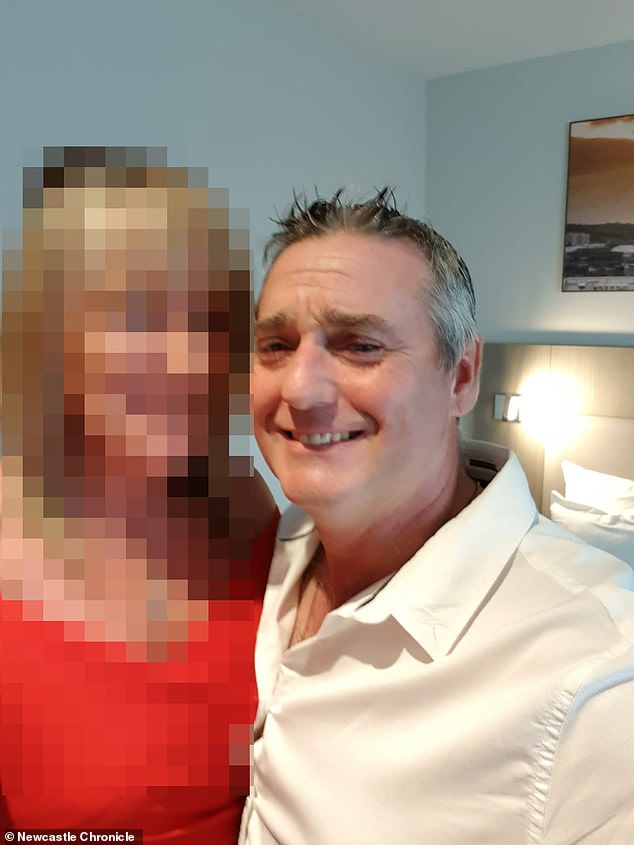 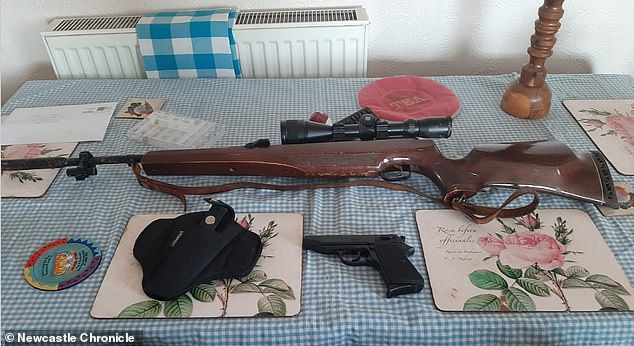 The 53-year-old, who asked not to be named, said: ‘When I think about it now I think, ‘you stupid idiot’. But when you are in it you don’t see it.

‘Looking back now I just feel a proper fool. He nearly got away with it, but I have stood up to him to stop him doing it to someone else. But I’ll never trust anyone else again.

‘When I look back now I realise little details were missing. But it was about 18 months before I started thinking something wasn’t right. By that point I was in too deep. We had talked about having a future together.’

The woman, from Newcastle, met Hare through a family member who knew him through work.

They spent some time chatting over social media before eventually meeting in person. And the lies began straight away.

‘He said he was separated from his wife and they were going to get divorced,’ she said. ‘I had no reason to disbelieve him. At the time I thought he was a really nice guy. He was really bubbly and funny. He was someone I enjoyed being around. We started seeing each other and started a relationship.’ 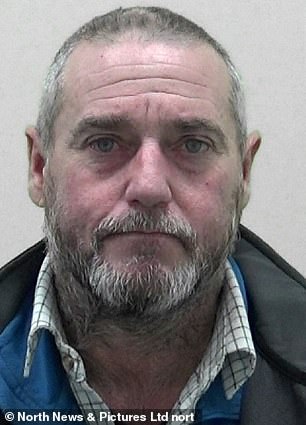 Hare, who lived a ‘James Bond type fantasy’ and convinced his girlfriend he was in the Secret Service, has been jailed for five and a half years at Newcastle Crown Court

About six months into the relationship Hare, who ran a farm in County Durham, asked his new partner to meet him and said he had to tell her something about his ‘other job’, she said.

‘He basically said he was in the Secret Service. He said sometimes I might need to go away last minute,’ the mum-of-two said. ‘I just said; ‘I’m not bothered if that is what you do as long as it doesn’t impact my life or my family’.

‘I just thought; ‘why would someone make that up’.’

The woman was later sent a message from an unknown phone number claiming to be from the unit John worked for and saying it would be the number used to keep her informed should he be called away.

‘I didn’t think anything of it, I just saved it on my phone,’ she said. ‘I was getting messages on this number to say he had been called away on ‘ops’.

The woman began to suspect Hare was not separated from his wife when he claimed to have been called away on a Secret Service operation while his children were rowing at the Durham Regatta.

When she spoke to him on the phone she heard a public address announcement in the background.

But despite having suspicions about Hare’s marital status the woman said she was in a relationship with him for three years before she began to question his role in the Secret Service.

‘I confronted him about his wife, but he was a really really good liar,’ she said.

The woman said Hare’s lies began to unravel when she began to suspect him of seeing other women behind her back.

On New Years Eve 2019 Hare was at the woman’s home when she decided to send a message to the Secret Service pone number she had been given.

But even after she heard his phone vibrate on the table, Hare made an excuse.

‘He was really good at manipulating you,’ she said. 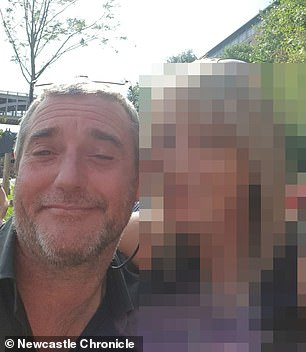 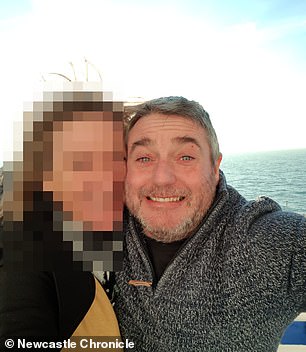 John Hare was a fantasist trying to hide his affair. Hare denied assaulting is lover (together left and right) and criminal damage on her car but was convicted after a trial

Things eventually came to a head in May 2020 during a confrontation at Hare’s home.

Newcastle Crown Court was told how Hare punched his girlfriend three times and sent her to the floor. He then put his palm to her face and caused her nose to bleed before he caused damage to her car wing mirror as she tried to drive away.

After the terrifying incident the woman’s family convinced her to call police.

Hare denied assault and criminal damage but was convicted after a trial.

Prosecutor Kelly Sherif told the court it was during the investigation into Hare detectives received information about him having a firearm and he confessed when confronted.

When officers arrived at the farm to seize the firearm they were directed to the coop, containing around 30 chickens where the weapon had been hidden.

The court heard the weapon was a.22 air pistol which was capable of firing.

His victim said it was only after seeing him locked up last week that she finally accepted the whole relationship had been a lie.

Because of Hare’s web of lies she said she has spent the last two years living in fear of reprisals from the Secret Service as she waited for the case to go to court.

‘Now he’s been sent to prison I know he’s definitely not who he says he is,’ she said. ‘That’s given me some closure and I know I’m not going doolally in my head.

‘What it’s all been about is so he can have a wife, a girlfriend and a mistress.

‘It’s taken a lot of time to get my head around a five-year relationship that wasn’t real.

Judge Bindloss said he accepted Hare was not a danger to the public but said he was a ‘fantasist’ and what he told his girlfriend was ‘froth and nonsense’.

Thomas Welshman, defending, said Hare never threatened anyone with the gun and the deterioration of his marriage had led to a ‘build up of pressure’.

Mr Welshman said Hare is well respected in the community, has 12 employees and added: ‘He is a flawed man, a troubled man but not a dangerous man.’ 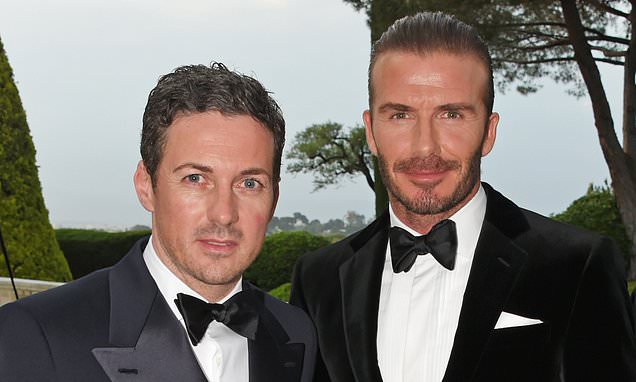 Guild Esports investors spooked as David Beckham's agent steps down from the board One of David Beckham’s closest business associates has left the board of a company backed by the former England captain just over a m... 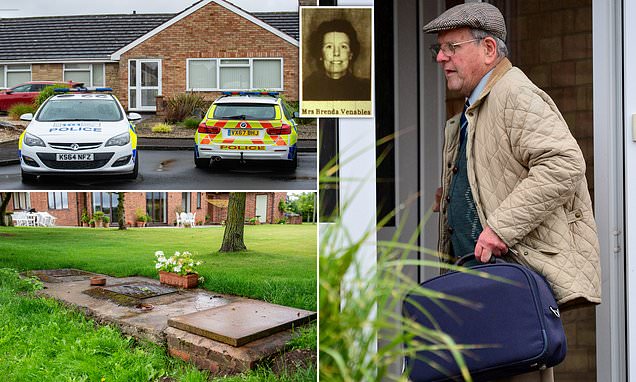 Pig farmer accused of killing wife, 48, showed her ‘no affection’

Pig farmer on trial for murdering wife, 48, and dumping her body in septic tank showed her 'little to no affection but showered praise on family dog'David Venables, 89, is accused of murdering 48-year-old wife Brenda... 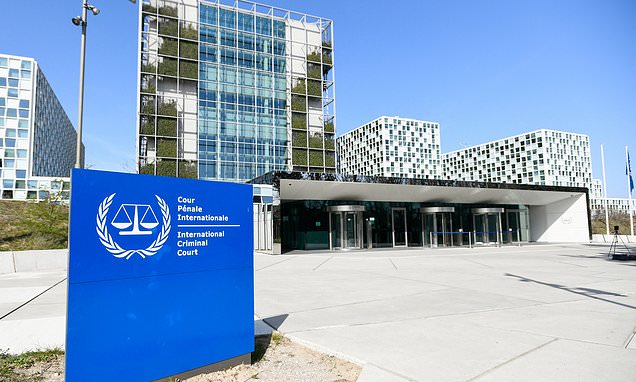 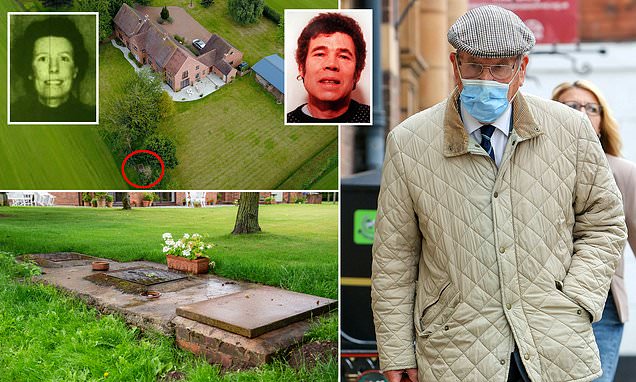 Fred West killed my wife: Retired pig farmer accused of murdering 48-year-old and dumping her body in septic tank so he could resume affair with nurse blames House of Horrors serial killer insteadDavid Venables is ac...