아버지, 32, who was placed in a coma with Covid on the day his wife gave birth to their son reveals he first met his baby five weeks later in a hospital corridor

Factory worker Andrew Allen, 32, from Bolton, was put into a medically induced coma by doctors on July 28 작년, just hours after his wife Charlotte, 32, gave birth to their baby boy Oliver. 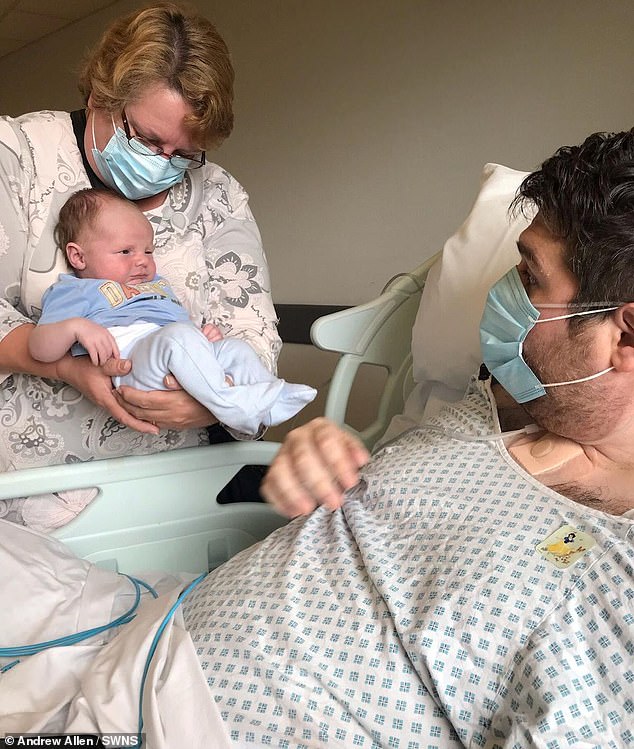 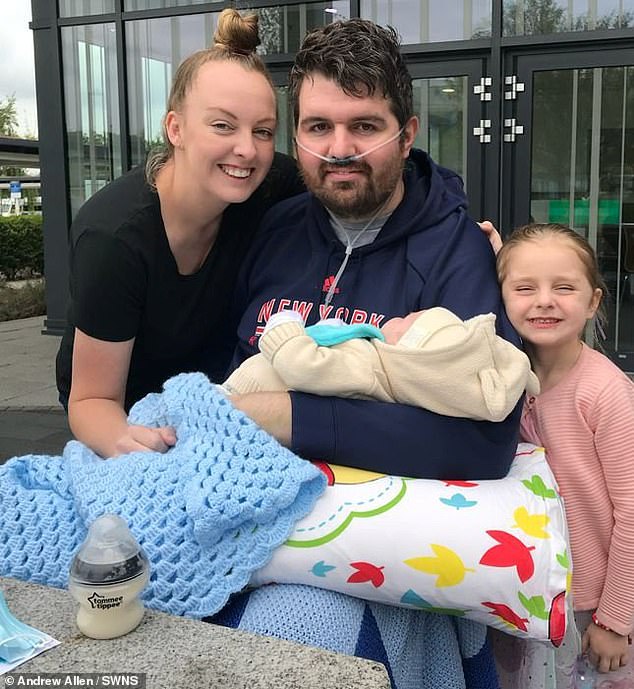 ‘I spend pretty much every day that I’m not at work with my daughter. 그래서, it was very overwhelming.’

A colleague at the aerospace engineering firm where worked tested positive and over the next 10 일, Andrew lost his sense of smell and began having vomiting and diarrhoea.

그는 말했다: ‘I lost my smell and taste after having the negative, a day later, so I was thinking in my head: “It’s got to be Covid, 이. I don’t know how it could be anything else?”‘ 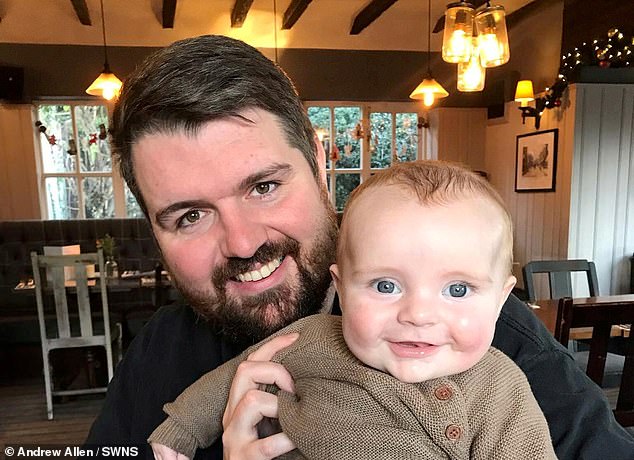 Andrew first developed symptoms on July 19, shortly after his first jab and his condition eventually deteriorated to the point he was placed in an induced coma, missing the birth of his son. 사진, Andrew with baby Oliver after recovering

칠월 27, retail worker Charlotte went into hospital to have their baby. 앤드류, who was bedbound at home, said he only vaguely remembers her leaving.

그는 말했다: ‘I vaguely remember saying “안녕” to Charlotte as she left to go to the hospital, and I remember being quite upset that I wasn’t going with her.

그는 계속했다: ‘My mum came in on Wednesday morning. She rang for an ambulance, and the paramedics listen to my breathing over the phone. 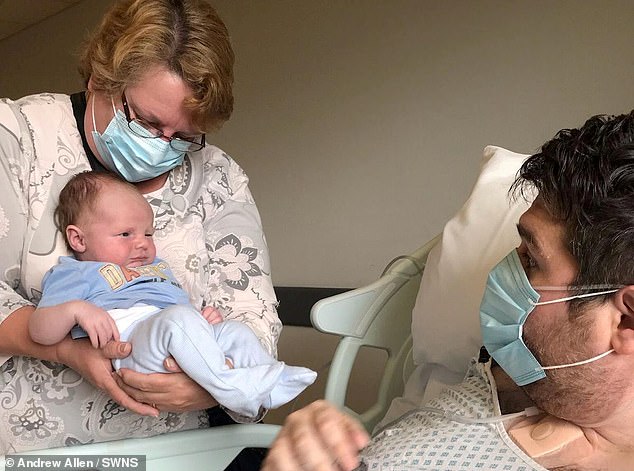 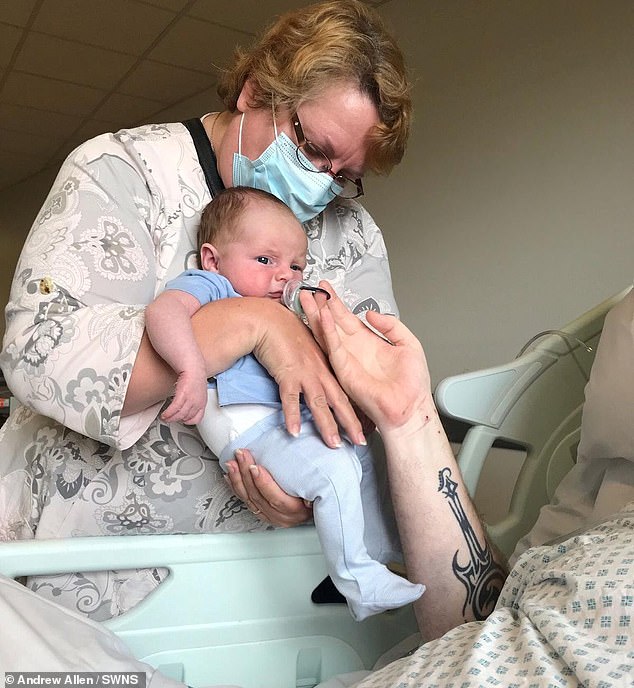 After being moved down from the hospital’s high dependency unit, kind staff arranged for the pair to meet in person in the hospital corridor (위) 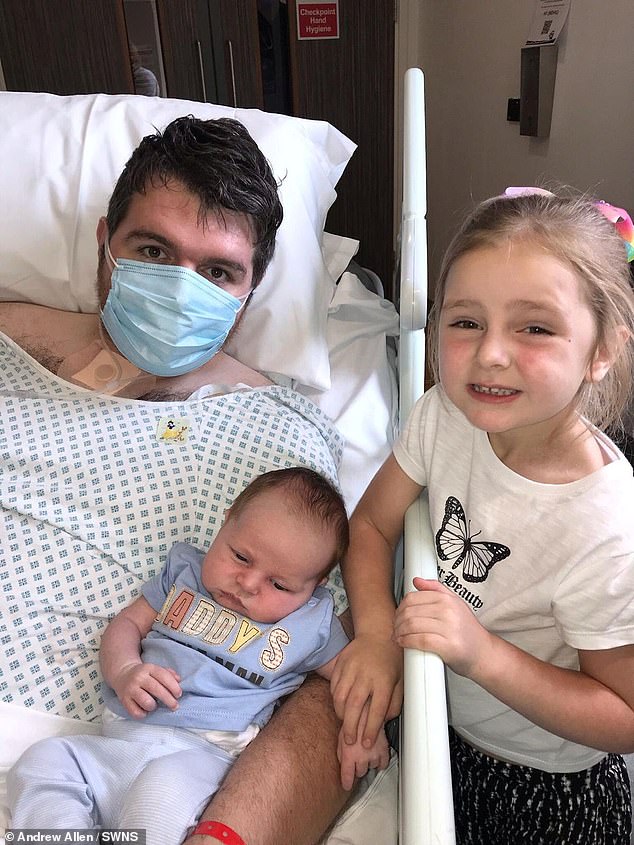 When he woke up two weeks later, 8 월 11, he caught sight of a picture of his daughter, Imogen, 5, and baby Oliver.

그는 덧붙였다: ‘There was a picture that the nurses had put up for me and it was my little girl, and she was holding a baby. 당시, I just remember thinking: “That must be the baby!” 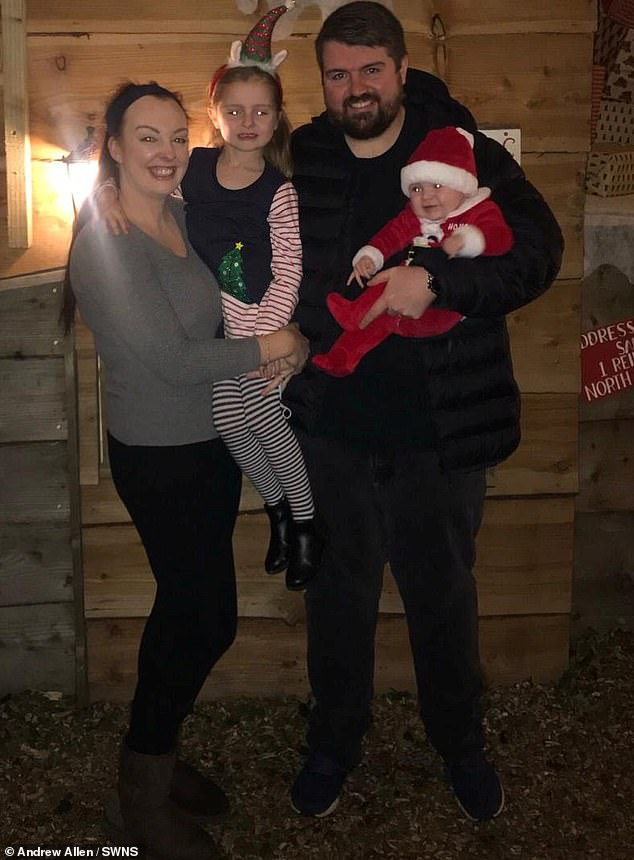 그는 덧붙였다: ‘I’m still nowhere near 100 퍼센트. I think I lost about 25kgs in about five weeks while being in hospital. 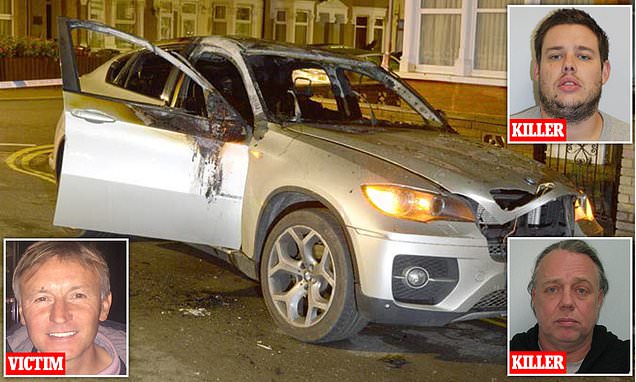 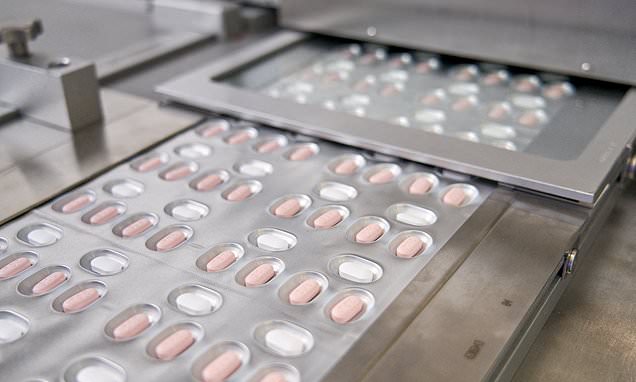 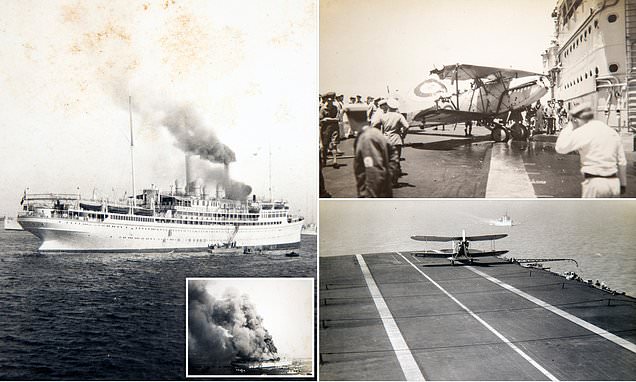