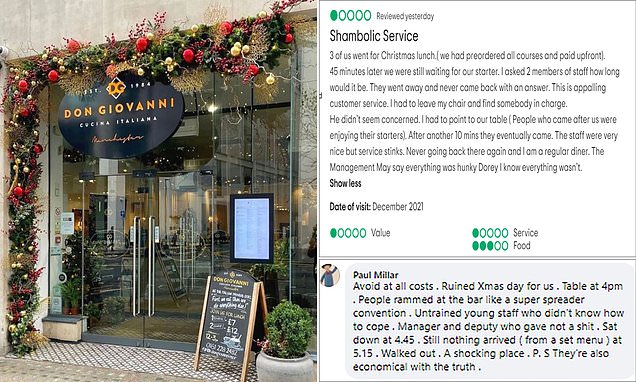 Diners have slammed a restaurant over its ‘shambolic’ service on Natale Giorno, with one father telling how he walked out after waiting an hour and 45 minutes for food.

In risposta, the restaurant said the accusations made by Mr Millar were ‘incorrect and false’ and many customers left ‘extremely happy’. 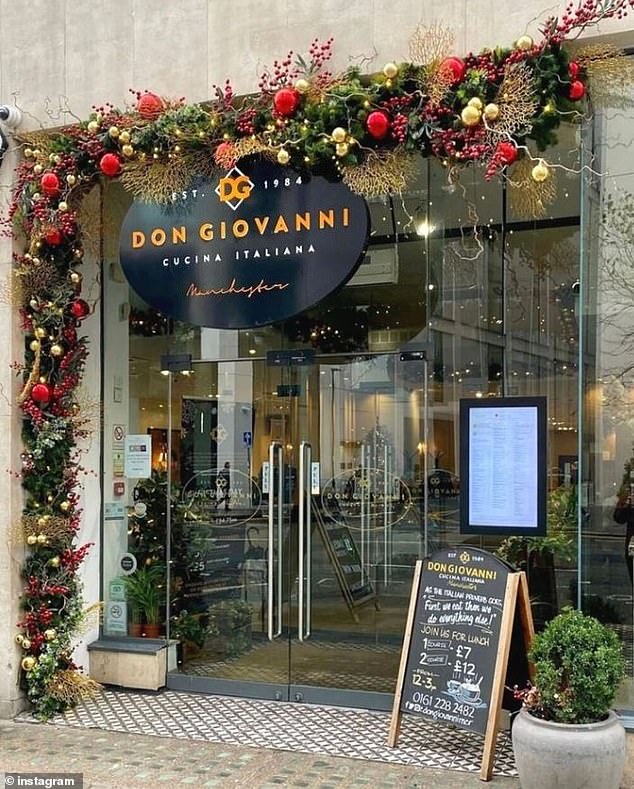 Posting on Facebook, Paul has advised other people not to attend the restaurant while accusing management of not caring about their customers

Mr Millar, 53, visited the restaurant with his wife Jayne and their children Louise, 21, e Charlie, 18.

‘It was absolute chaos,’ disse Manchester Evening News of his experience. ‘That’s the only way I can describe it.

‘At 4.30pm I went back and said “Any chance we could have our table” and was told 10 minuti, I went back at 4.40pm and they said 10 minuti, eventually at 4.45pm they put us on a table between two columns that you could barely get a Rizla paper between.

‘Every time we asked to be served it was ’10 minutes’ ma 10 minutes never came.’ 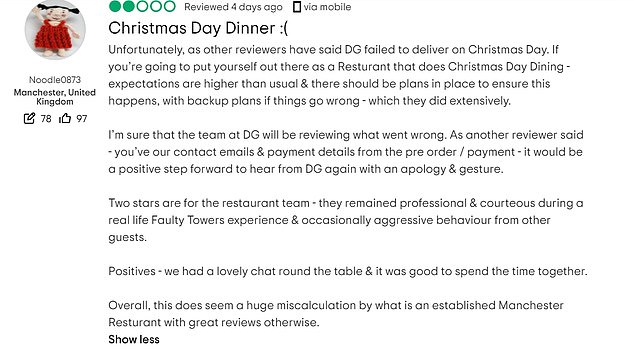 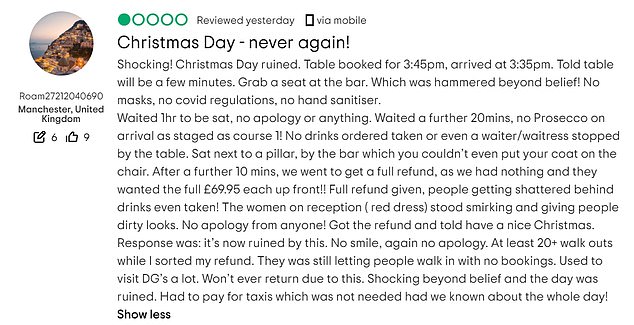 ‘We were an hour late being seated, quale, I understand, was a ‘short’ wait, comparatively. The restaurant was obviously running out of food, as our portions appeared to be rationed.

‘We received two out of three deserts (one of which was wrong, and both were inedible) and had to ask about the third twice, only to be told that they had run out and then we were not offered an alternative until we asked for one. Oltre al danno la beffa, we were then given a bill for the service charge.’ 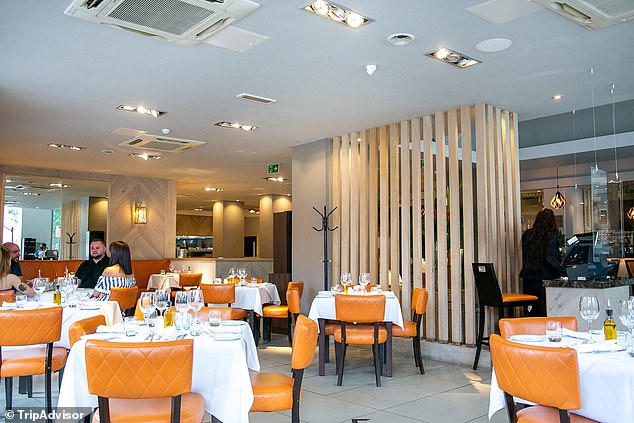 Paul claims he and his family were forced to wait 40 minutes for a table despite having a booking and then almost another hour for service. Nella foto, inside Don Giovani restaurant

Un altro ha detto: ‘It was an utter disgrace! Don’t think manager lifted his head once to make eye contact with anyone. Burying his head as like you say young girls ran off their feet! Doubt very much anyone will pop up on here with an apology! Also to add to the drama we got to spend £50 in useless taxi journeys.’

Un terzo aggiunto: Scioccante! Christmas Day ruined. Table booked for 3.45pm, arrived at 3.35pm. Told table will be a few minutes. Grab a seat at the bar. Which was hammered beyond belief! No masks, no covid regulations, no hand sanitiser.

‘Waited 1 hour to be sat, no apology or anything. Waiting a further 20 min, no prosecco on arrival as stated. No drinks order taken or even a waiter/waitress stopped by the table. Sat next to a pillar by the bar which you couldn’t even put your coat on the chair.