Female footballer, 34, who suffered seizures brought on by anxiety called an ambulance because her heart was beating ‘really fast’ and died, inquest hears

A female footballer with a history of anxiety sadly died after suffering a sudden, unexplained seizure at her home, an inquest has heard.

Kay Meredith-Hughes, 34, who played for Hawkinge Town Ladies Recreational Football Club, woke up early at her home in Folkestone, Kent, on August 4, complaining that her heart was beating rapidly.

As she began struggling to breathe and her chest pains intensified, her wife Anna called an ambulance.

Paramedics rushed to the couple’s address and provided CPR, attempted shock using a defibrillator and even gave fluids and adrenaline, however Mrs Meredith-Hughes could not be saved and tragically died at home.

At yesterday’s inquest at Maidstone Coroner’s Court, a toxicology report stated: ‘The cause of the sudden arrhythmia is not clear.

‘It is not clear why she did suffer a cardiac arrhythmia in this way, but it is safe to say these did occur for some time.’ 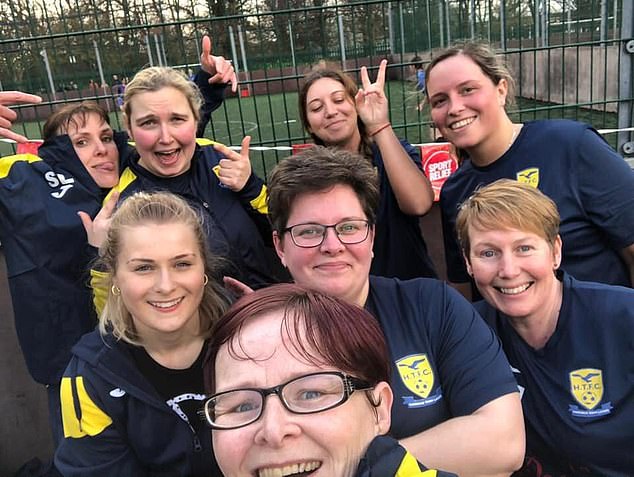 Kay Meredith-Hughes (centre), 34, suffered a sudden seizure at her home in Folkestone, Kent, on August 4 and could not be saved, despite paramedics’ best efforts

Mrs Meredith-Hughes had suffered a non-epileptic attack the previous day at 11am and complained to her wife Anna about having pains.

The couple went to bed at around 10pm on August 3 and watched a film together.

Mrs Meredith-Hughes got up at around 5.30am the following day, which was said to have been unusual for her, and she complained that her heart was beating ‘really fast’.

South East Coast Ambulance received a call from Kay’s wife at 6.49am on August 4, following her complaints of a shortage of breath, severe chest pain and the fact she was struggling to breathe.

Mrs Meredith-Hughes was said to have been awake and responsive when paramedics arrived at her home, but she could not talk.

A neuropsychiatrist’s report described a non-epileptic attack as ‘a type of seizure, not epilepsy. It can be a response when people can’t handle intense emotions.’ 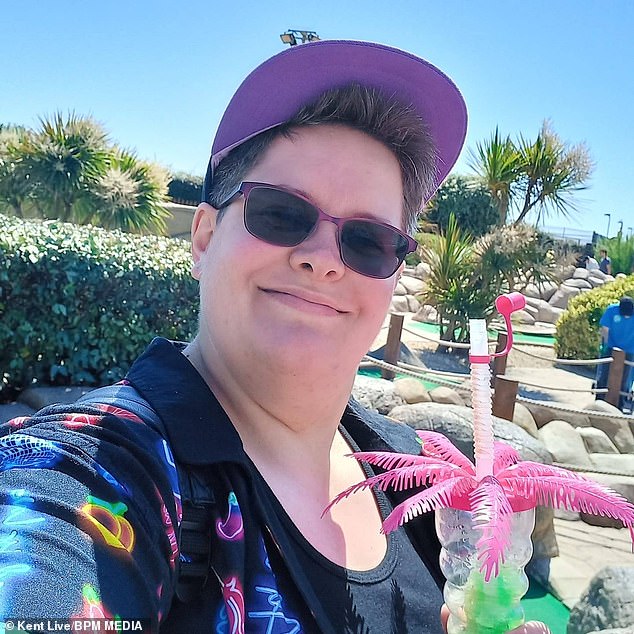 The inquest into Mrs Meredith-Hughes’ death gave a narrative conclusion, as assistant coroner Sonia Hayes said it couldn’t be determined how she had suffered the seizure

The report detailed Mrs Meredith-Hughes had episodes of collapsing since 2012, but had taken steps to look after herself.

A GP report confirmed she did suffer from a non-epileptic attack disorder, which is said to be caused by depression and anxiety.

She was last seen about this on July 6 of this year, where she reported moderate symptoms of low mood and anxiety following the death of her father.

However, Mrs Meredith-Hughes was not thought to be showing any signs of self-harm, and was prescribed Fluoxetine, an antidepressant.

In her concluding statement, assistant coroner Sonia Hayes said: ‘This could be described as a natural cause of death but I think it is important to say a narrative conclusion because I cannot say how this happened.

‘The direct cause of death wasn’t established and it is clear Fluoxetine did not cause it but probably was the result of some fatty change in the liver.’ 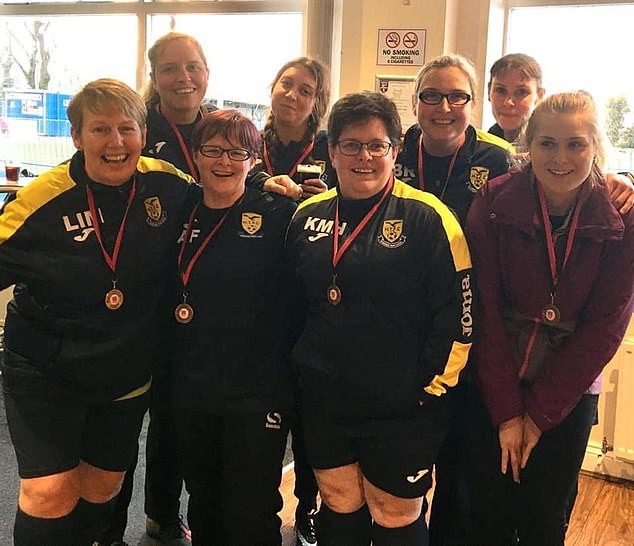 Kay Meredith-Hughes, pictured second from right in front row, was part of Hawkinge Town Ladies Recreational Football Club. Her team mates paid an emotional tribute to her after her death, with a friendly football match in her memory.

The club posted on Facebook: ‘Today we said our final goodbyes to our team mate, our friend, Kay Meredith-Hughes.

‘What better way could we do this other than play a game of football?’

Female inmates at South London prison are piling on so much weight they are breaking toilet seatsInspectors said 'large proportions' of 210 Downview inmates were 'overweight' Women are locked in for 22 hours a day, w...