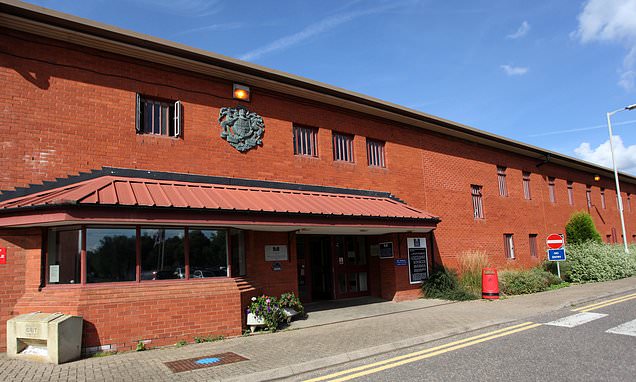 A woman prison officer at The Mount jail in Hemel Hempstead had sexual communications with three inmates on smuggled mobile phones, a court has heard.

At an earlier hearing Milburn was jailed for 16 months having pleaded guilty to three charges of misconduct in a public office.

Today at St Albans Court, Sakhil, who is still in prison, Fleming of St Albans, and Bell of Barnet, all pleaded guilty to possessing a mobile phone in prison. 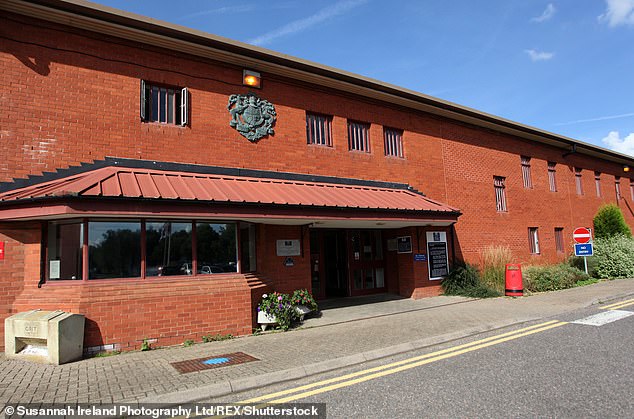 Prosecutor James Keeley said that Milburn was temporarily serving as an officer at the prison from July 23, 2017.

He said 924 messages from 2017 stored on her phone were between her and one attributed to 33-year-old Fleming, who was serving a sentence for possessing cocaine with intent to supply. He had a phone over a 3 month period.

‘Many of the messages suggest sexual contact. In addition there is a photograph of what one assumes is Fleming’s erect penis.

‘In the chat Milburn says she is missing him, refers to introducing him to her family, states she is “absolutely smitten” and chose his wing with him in mind,’ said Mr Keeley.

There were references to the two holding hands and kissing each other and she sent him a photograph of herself in a bikini.

Sakhil, who was serving a 22 year sentence for attempted murder, was transferred to The Mount in May 2018 from Chelmsford. Milburn was communicating with him between 29 July and 14 August. He had a phone for 7 months.

Mr Keeley said: ‘The messages include speculation as to the attraction between blonde white girls and black guys – Milburn is a blonde white woman and Sakhil is a black male.

‘Most seriously she messages Sakhil on 14 August at 7.13pm warning him of “security spins” searches in the morning. She advises him not to tell everyone because they will wonder how people knew.

‘Later that day there are messages about being sexually intimate and touching each other when they meet in prison.’

The prosecutor said Bell, now 29, arrived at The Mount on May 22, 2017 after being sentenced for possessing Class A and Class B drugs with intent to supply.

The majority of the calls and contacts were between February 21 and March 12 2018.

Tessa Shroff, for Sakhil who did not attend the hearing, said: ‘The prison officer was the individual who acted in breach of trust. She was seven years older than Mr Sakhil. He was only 23 at the time.

‘If the investigation had not involved a prison officer it may have been dealt with internally at the prison.’

She asked the judge to make the sentence run alongside the 22-year term he is serving.

For Bell, Leila Gaafar asked for a suspended sentence. She said he had pleaded guilty and had been released from prison in August this year.

Fleming, who represented himself, said he was released in November 2019 and had not been in trouble since.

Judge Sandeep Kainth said: ‘The purpose of the legislation that you must not have mobile phones or SIM cards in prison is for a very good reason. You are serving a sentence meaning you are deprived of various privileges.’

But he said the three defendants were nowhere near as culpable as Sarah Milburn.

He sentenced Sakhil to 6 months to run alongside the 22 year sentence.

The judge warned them: ‘Don’t be stupid, keep out of trouble.’