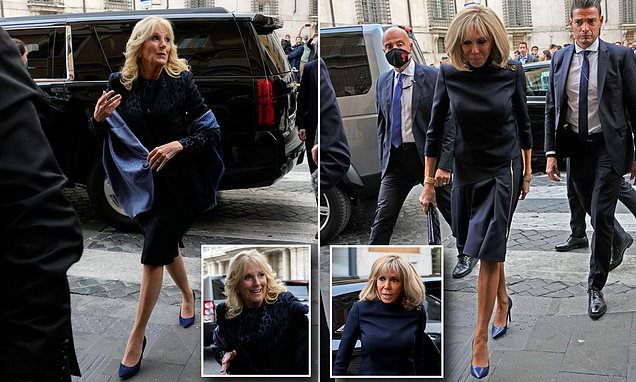 Biden was asked about her earlier meeting with Pope Francis she attended alongside President Joe Biden. 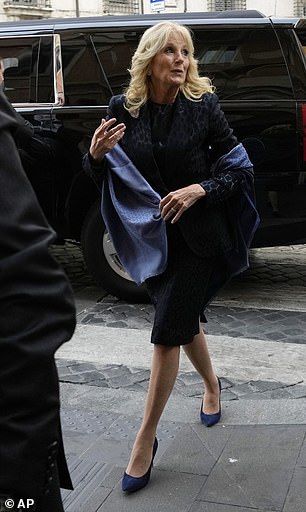 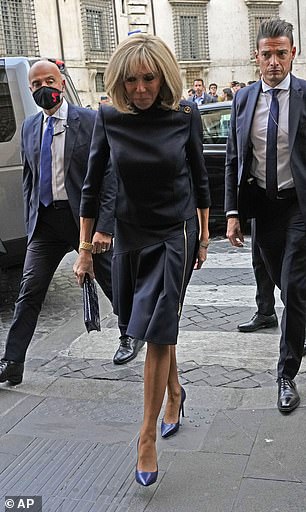 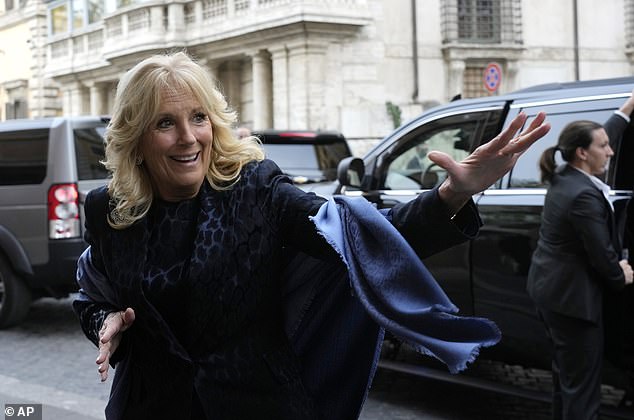 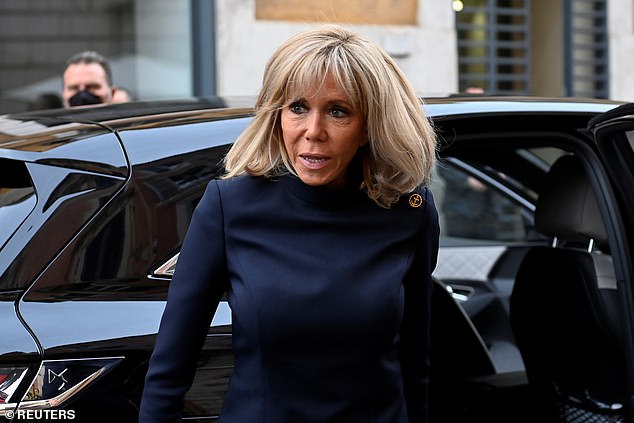 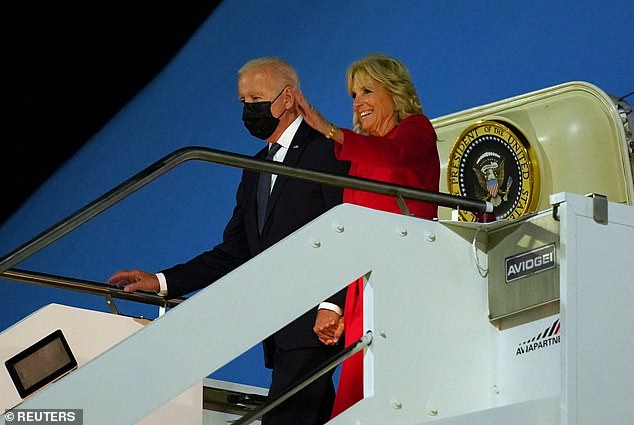 First Lady Jill Biden (right), arriving in Rome early Friday morning alongside President Joe Biden (right), has her own packed schedule while in Italy through Monday 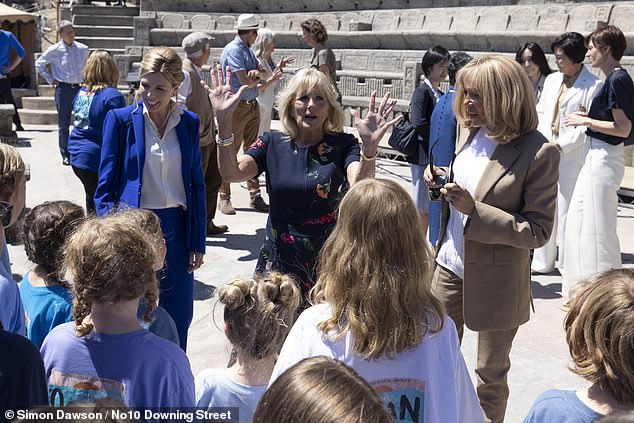 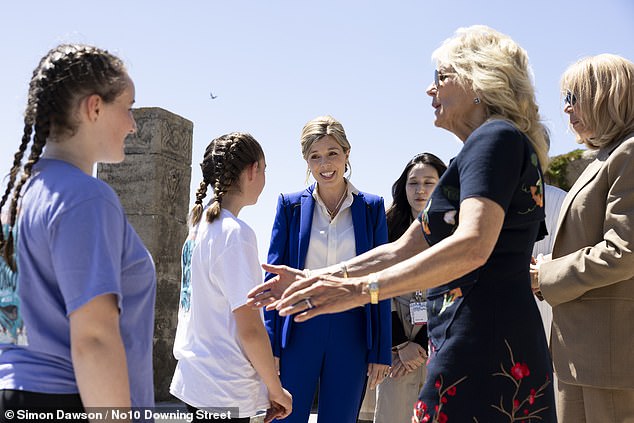 First Lady Jill Biden (second from right) and Brigitte Macron (right) stand side-by-side at a spouses event in June, which was part of the G7 in Cornwall

Earlier, she had tea with Italian Prime Minister Mario Draghi’s wife Serena Cappello at the Chigi Palace, while President Biden met with the prime minister.

On Saturday, the first lady will join all the spouses who traveled to Rome for the G20 for an unspecified event.

That night, she’ll be at the president’s side for an event attended by all the leaders and their spouses. 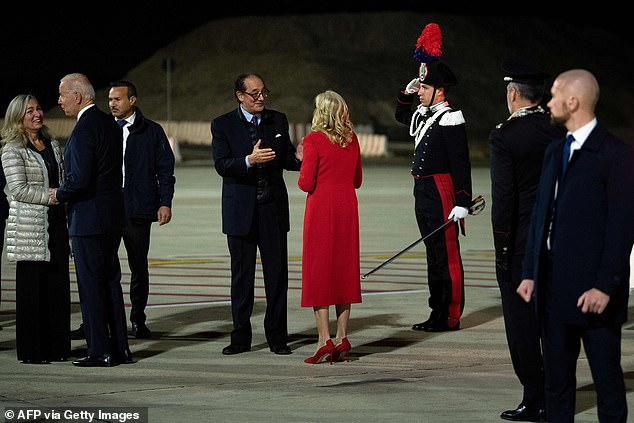 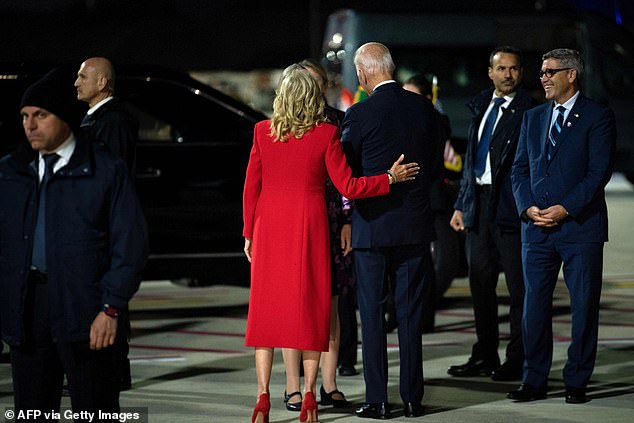 First Lady Jill Biden (left) ushers President Joe Biden (right) toward the Beast as they arrive in Rome, Italy to participate in G20 events through Sunday 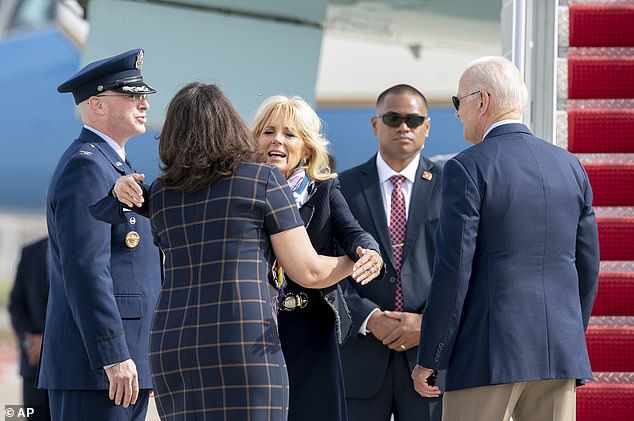 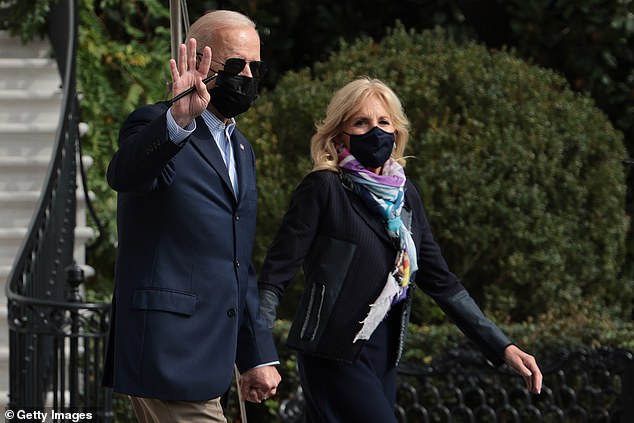 First Lady Jill Biden (right) and President Joe Biden left for Rome early Thursday afternoon. They will split up Monday with the president traveling to Scotland for COP26 and the first lady heading to Naples to visit a Defense Department-funded high school at a U.S. base

On Monday, while President Biden heads to Scotland to participate in the United Nations’ COP26 climate summit, the first lady will do a solo trip to Naval Support Activity Naples, where about 8,500 U.S. troops work.

There, the first lady will visit Naples Middle High School, which is a school operated through the Department of Defense, meeting with high school students and teachers and then delivering a speech.

There, the first lady held court with then Japanese Prime Minister Yoshihide Suga and his wife Mariko, watched the Olympics with French President Emmanuel Macron, attended an event with heads of delegations at Tokyo’s Imperial Palace and hosted an Olympics watch party for American diplomats at the ambassador’s residence in Tokyo. 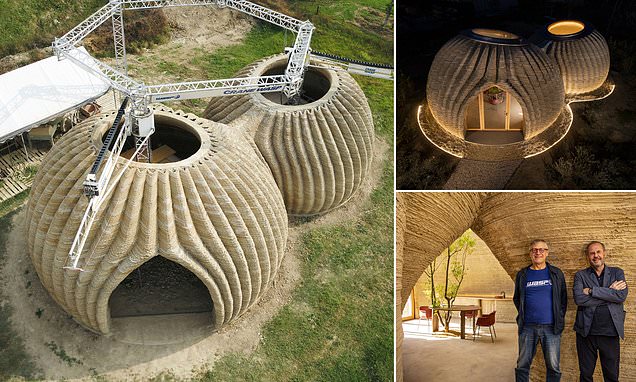