Footage of Jo Cox was removed from Penny Mordaunt’s campaign video after concerns were raised by her family.

Her video used publicly available parliamentary footage of the murdered MP speaking in the Commons.

A short clip of the former Batley and Spen MP featured in the campaign montage, which was released last weekend.

The footage originally appeared after a voiceover saying that the 보수 주의자 ‘do not have a monopoly on good people and good ideas’. 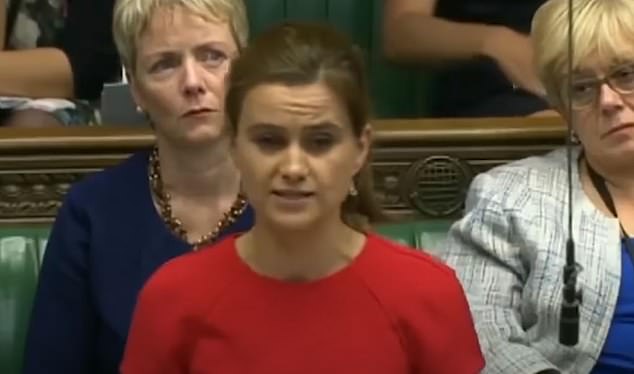 
The original video is still visible on Twitter, but on Tuesday morning, the video playing on Miss Mordaunt’s campaign website – PM4PM – did not contain Mrs Cox.

Her image has now been replaced with footage of what appears to be an architect’s hands completing a drawing. It is understood the removal followed concerns being raised by Mrs Cox’s family.

The constituency of Batley and Spen is now represented by Mrs Cox’s sister, Labour MP Kim Leadbeater. When approached by the Yorkshire Post, Miss Leadbeater’s office confirmed that Mrs Cox’s family didn’t think it was appropriate for her to appear in a Conservative leadership campaign video and those views had been passed on to Penny Mordaunt.

They said they were pleased that the video has now been edited. It is the second time the video has changed, with footage of Paralympic athlete and convicted murderer Oscar Pistorius removed on Sunday.