Footage show dognappers stroking woman’s puppy before they steal it 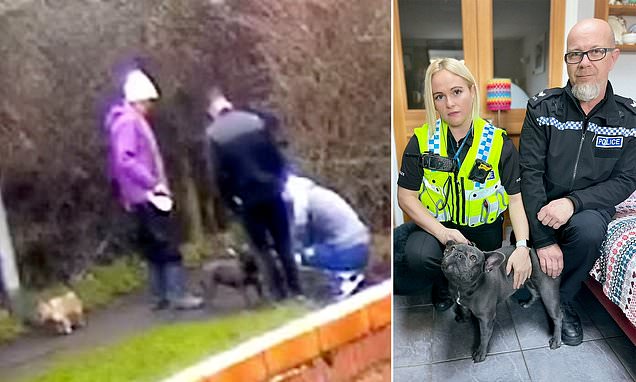 Shocking footage shows two dognappers waiting behind a fence and approaching a woman walking her French bulldog, they pretend to stroke the puppy seconds before stealing it in broad daylight.

Caroline Busby, 60, was walking one-year-old Luna near her home in Worcestershire when she was stopped by two men.

CCTV shows the pair hiding behind a fence while they waited for Caroline to walk past.

They engaged her in conversation and knelt down to stroke Luna but they unhooked her collar and ran off with the pup. 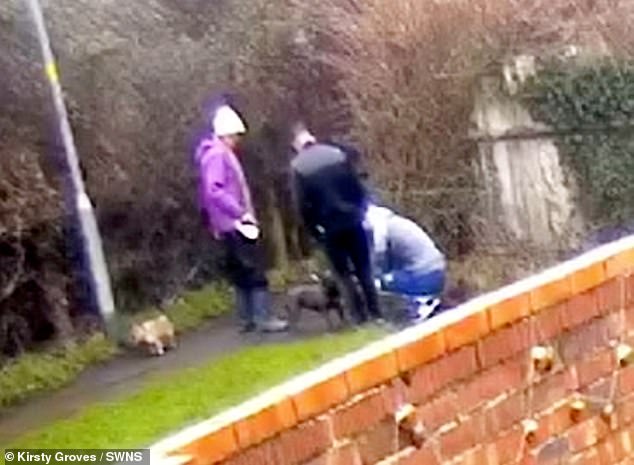 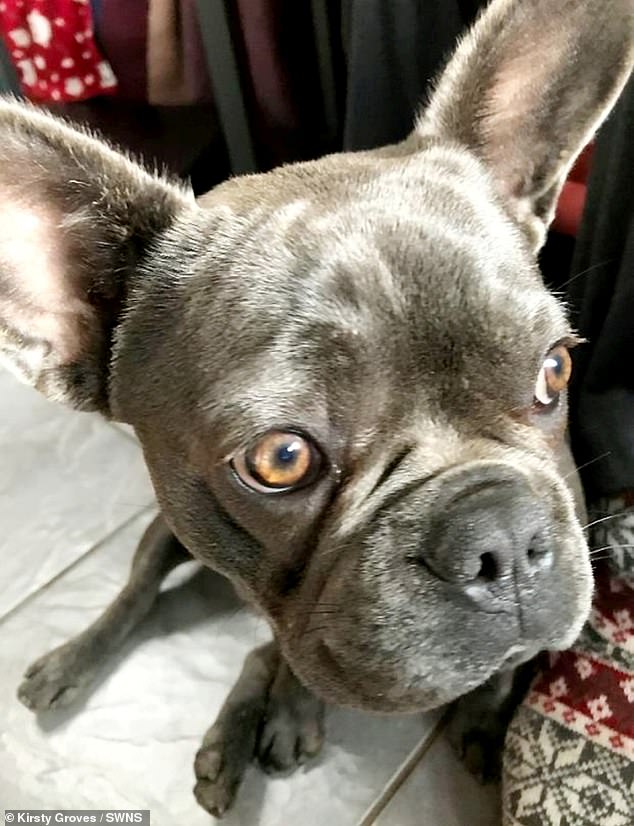 Caroline’s family frantically searched for Luna following last Thursday’s (3/3) theft in Malvern and posted footage of the yobs on Facebook.

Luckily, 24 hours later police found Luna wandering on her own eight miles away in Strensham.

Caroline’s daughter Kirsty Groves, 34, said: ‘You can see on the CCTV that they are crouched down, waiting for her to come around the corner.

‘My mum thought maybe they were doing their shoelaces or something.

‘They turned her over to presumably see if she was a male or female, and they asked my mum how old the dog was. She told them she was only one.

‘Then they just unclipped her and ran.

‘They had been hiding in a bush, my mum didn’t even see them.

‘We’ve not slept. We are both still in shock.

‘My mum’s dog is my mum’s best friend, she’s not just a dog. It is a family pet. They are part of your family.

‘She is nervous wreck. She doesn’t want to walk her dog any more alone; she has to go with friends. She will not go on her own ever again.

‘She’s a defenceless 60-year-old woman, it’s so unfair. I live away and I am worried about my mum and if anything like this will happen again.

‘We are really angry someone has made my mum feel this way. What is wrong with people? Truly awful.

‘You don’t expect anything like this to happen in Malvern. 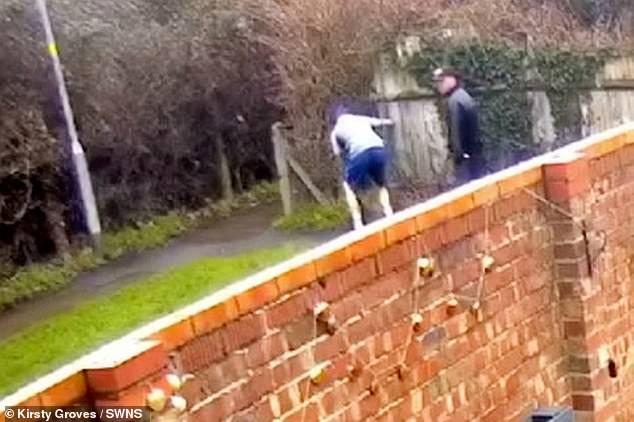 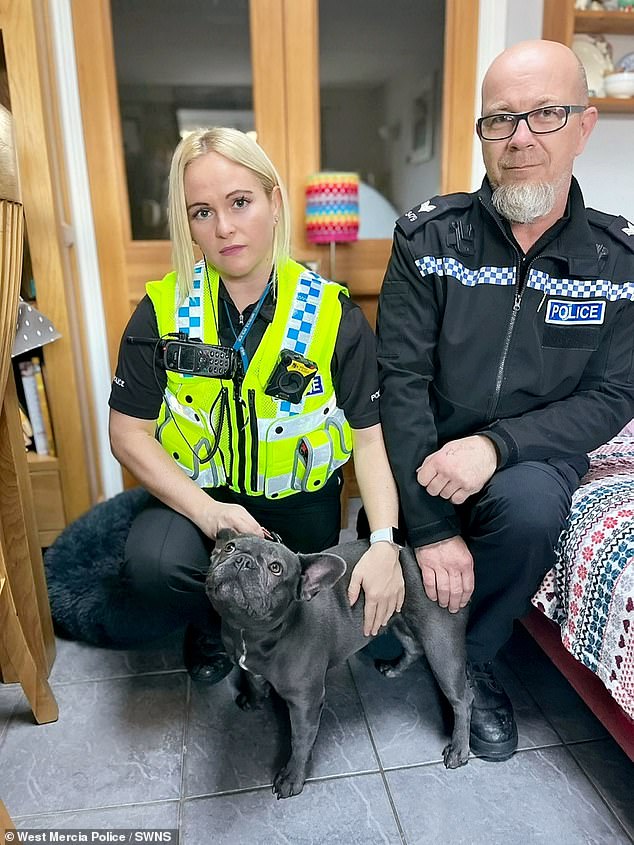 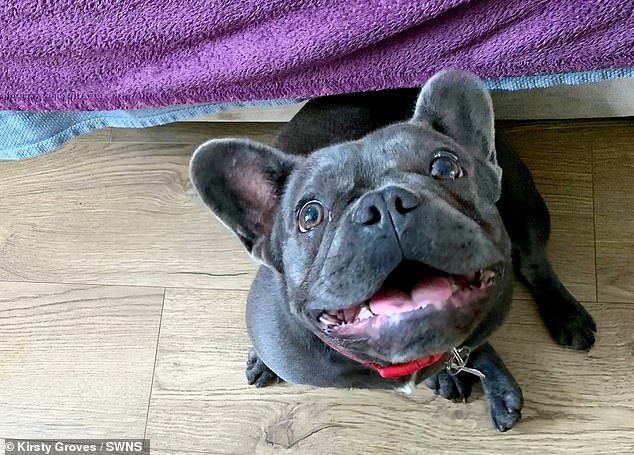 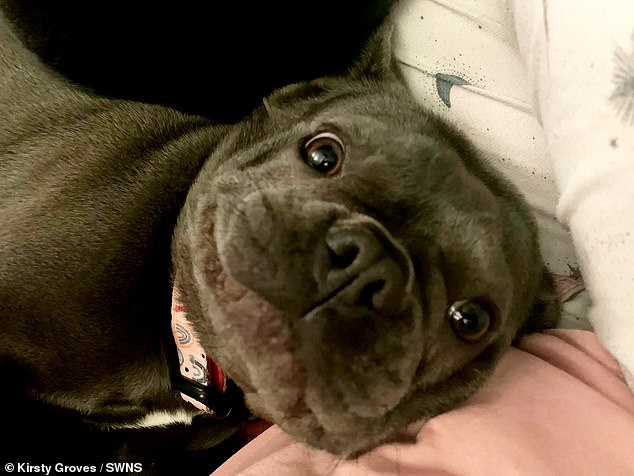 While Luna is back safe and sound with her owner, police are still searching for the two men seen in the CCTV footage who took her in the first place

‘We are really lucky that we got her back. I think this is due to the sharing online about what had happened.

‘We are really grateful for those who took the time to help find her.

‘We can only think that the theft was purely down to money. French bulldogs are expensive.

‘We even took extra precautions when I brought her the dog because of this.

‘I got my mum a panic alarm to take on her walks with her and she was insured as much as she could be, but this still happened.’

A spokesperson said: ‘Two males in their early twenties seen running towards Mayfield Road carrying the dog in their arms.

‘Police are continuing with their investigations and are determined to track down the offenders.’ 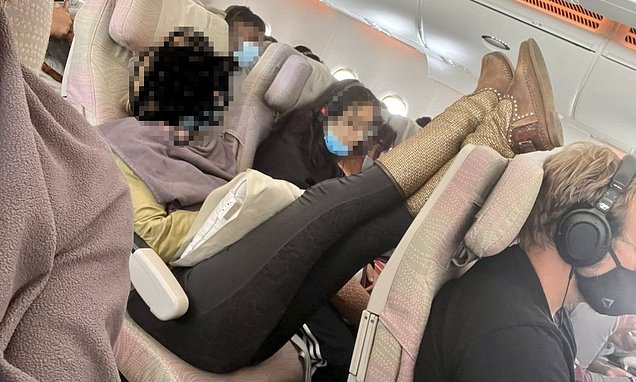 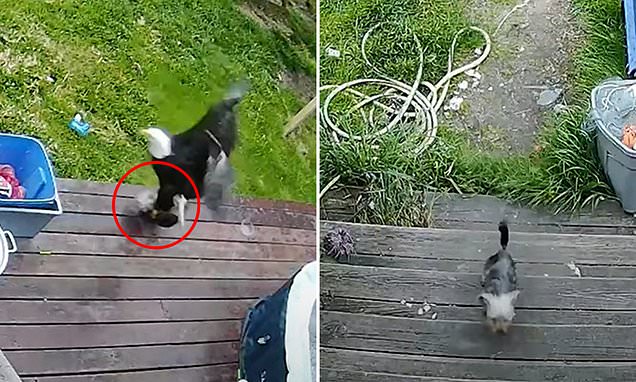 Yorkie puppy manages to wriggle free from Bald Eagle's clutches after it swooped down and grabbed her off owner's back porchDoorbell footage from the home in British Columbia captured the moment Justin Dudoward, Coco...