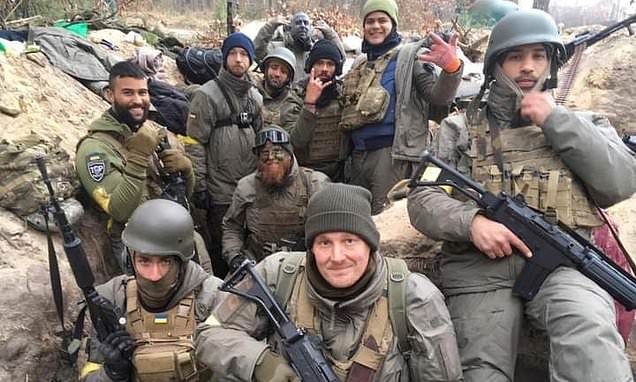 Foreign fighters who join the Ukrainian army will not be able to go home until the war ends.

Officials have warned members of the International Legion of Territorial Defence of Ukraine that they will be free to leave only when the state of martial law is ended.

Now would-be recruits are having second thoughts at the Polish border after being handed contracts that effectively make them conscripts, the Daily Mail can reveal.

Kyiv says more than 20,000 foreigners from 52 countries have pledged to help fight back against the Russian invaders.

It is unclear how many of those have arrived in Ukraine. 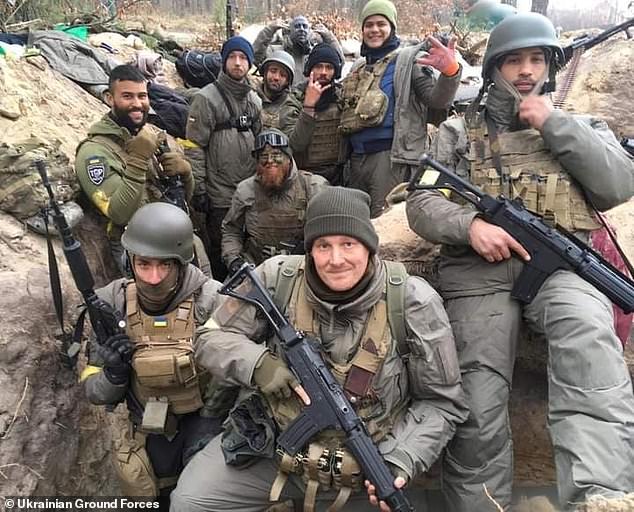 Pictured, members of Ukraine’s international legion. Volunteers from the US, UK, Sweden, Lithuania and Mexico have joined 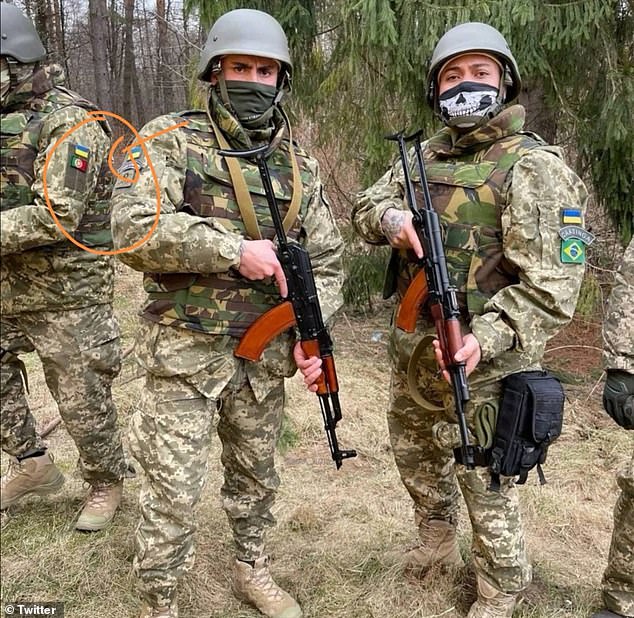 Pictured, volunteers from Portugal and Brazil in Ukraine army fatigues in the days following Putin’s invasion

But volunteers have spoken of being put off by the tough contractual terms, poor vetting procedures and logistical problems.

The Mail spoke to four British and foreign volunteers in Poland over the past week who have now scrapped plans to join the fighting.

John, a UK veteran who fought in Afghanistan for ten years, said he backed out after learning of the conditions, including being told to surrender his passport.

‘They don’t let you see the contract until you get into Ukraine,’ he said.

‘It says very clearly until the end of martial law. How long is that?’

Stephen, who served in Northern Ireland for six years, said the onerous conditions would cause problems for the recruitment drive. 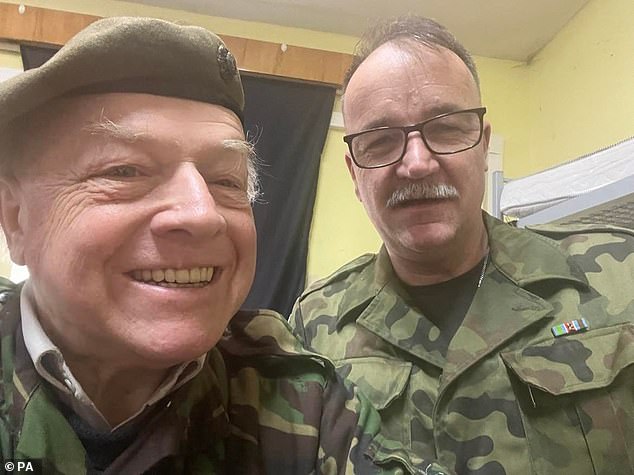 Ian Cunningham, 74, (pictured left) with a former Polish paratrooper. Mr Cunningham has travelled to Kyiv to support the Ukrainian military

‘A lot of the boys are coming across and not signing it, even though they want to go and fight,’ he said.

A Swedish national, Tomas, said Ukrainian military officials were unclear as to when a volunteer could take leave.

‘What if something happens to my family? I will need to go,’ he said.

‘They couldn’t give those reassurances.’

A Norwegian, Fred, said he had pulled out because of the martial law problem.