Frankie Dettori’s girl is following in his footsteps 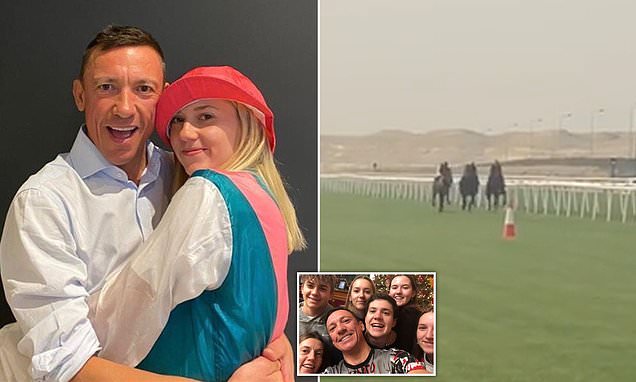 Frankie Dettori’s girl is following in his footsteps: Daughter Ella, 20, will take part in the Magnolia Cup charity race at Goodwood Festival (and has been practising by racing her dad in Dubai)

Frankie Dettori has admitted he ‘loves’ the idea his daughter Ella might ‘follow in his footsteps’ as she prepares to race at Goodwood Festival.

Ella, the second of Dettori’s five children with his wife Catherine, will take part in the Magnolia Cup Charity Race, which sees non-professional female jockeys compete.

The talented 20-year-old is ‘fantastic at eventing’, according to Dettori, but has been dipping her toe in horse racing over the last year. 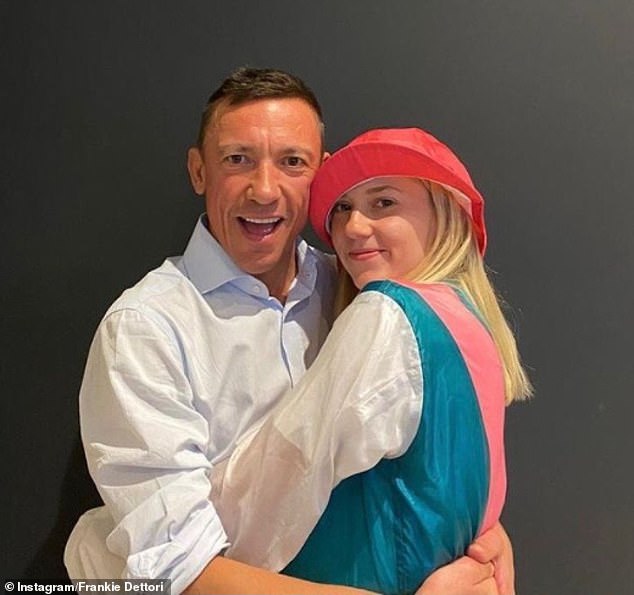 Daddy’s girl: Frankie Dettori has admitted he ‘loves’ the idea his daughter Ella might ‘follow in his footsteps’ as she prepares to race at Goodwood Festival. Pictured, Frankie with Ella 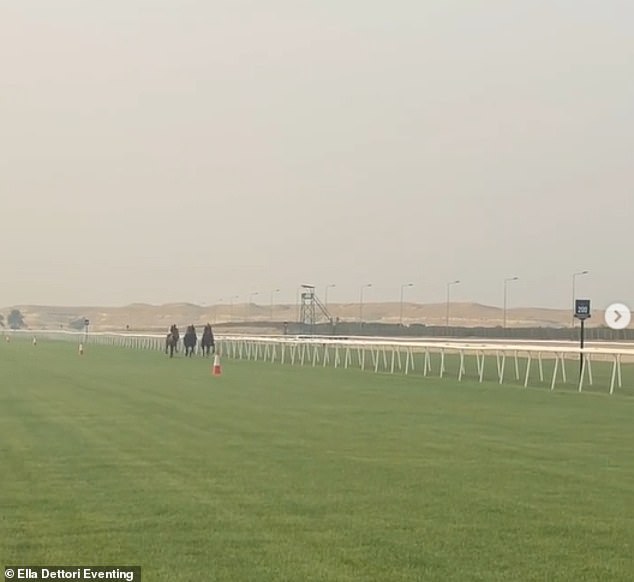 Giving him a run for his money: Ella shared a video of her racing her father in Dubai earlier this year. She has been riding out with Newmarket-based trainer Charlie Fellowes since last year 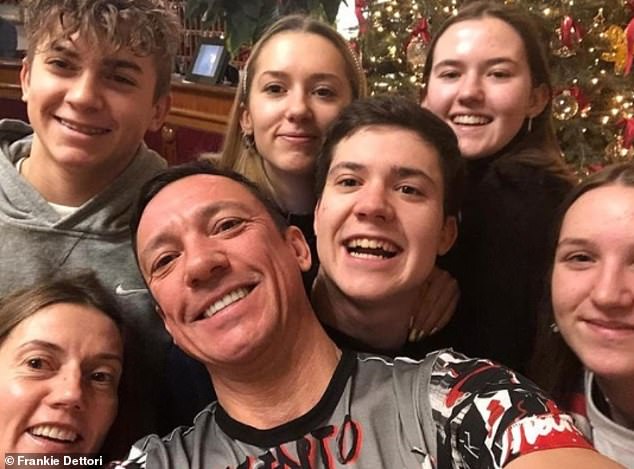 Dettori, 50, explained he sent her off to ride out with trainer Charlie Fellowes after she grew bored of spending time at the family’s home near Newmarket over lockdown.

‘When the pandemic started, Ella quickly became bored at home, so I suggested she get a job riding out with a racehorse trainer in Newmarket,’ Frankie told The Times.

‘She took to it easily and will take part in the Magnolia Cup charity race at Goodwood Festival this month. Her training is going well but I’m trying not to get too involved.

‘I love the idea that she might follow in my footsteps and become a jockey too. There are more and more women competing at the highest level, so girls certainly have a better chance now than they ever did. Ella is also lucky because she is tiny and has great riding hands, which matters so much in my sport.’

Ella regularly shares updates on her eventing and riding on her Instagram account, including a race with her father on a track in Dubai. 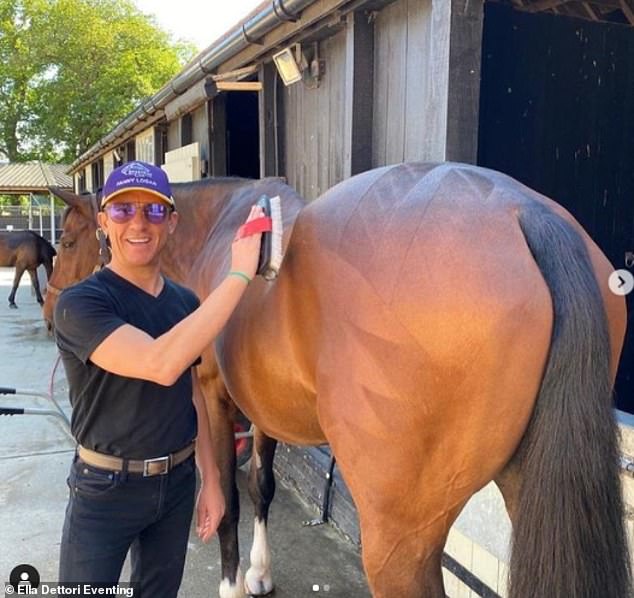 Shared interest: Ella shared this photo of her father helping her at the stable on her Instagram account. The 20-year-old is ‘fantastic at eventing’ but is dipping her toe into horse racing 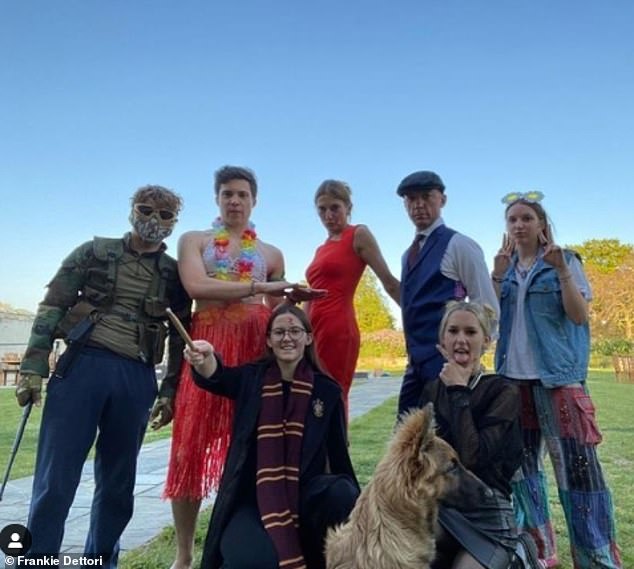 She explained how she has grown more confident over the year – and has been able to ask her father for tips on her balance and where to put her hands.

She added: ‘The first couple of times the horses ran away with me and I was cross with Dad. I was totally out of control — nobody told me racehorses go faster when you pull the reins. In eventing, it’s the opposite.

‘You also have to relax in the saddle, which is hard when you’re hurtling along at 30mph.

‘I also found the riding position ridiculous. Standing out of the saddle, my legs were burning with exhaustion, but I slowly got the hang of it. I now understand why Dad has to stay so fit.’

Dettori is horse racing’s best-recognised face, thanks to appearances on programmes such as Celebrity Big Brother, and a stint as a captain on A Question of Sport. 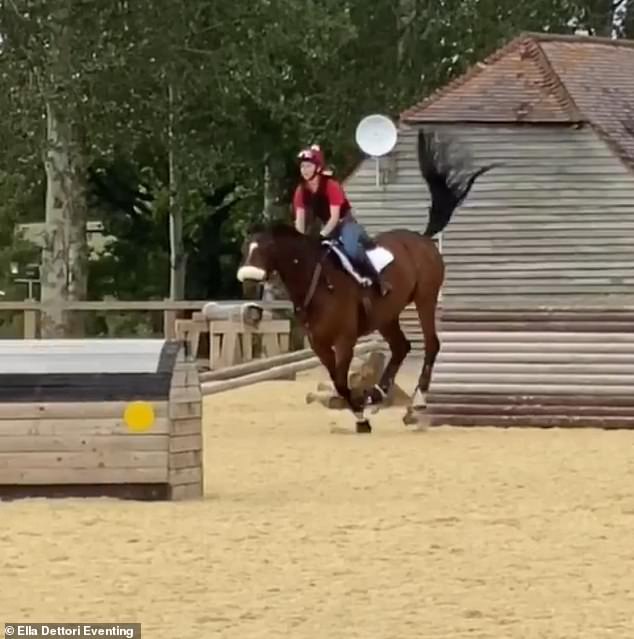 In the saddle: Ella regularly shares updates on her eventing and riding on her Instagram account, including a race with her father on a track in Dubai

Speaking in December, he said how he was looking forward to turning his back on 2020: ‘I have not enjoyed 2020. It has been horrible. I was leading jockey at Royal Ascot but there was nobody there.

‘I had no one to celebrate it with and I am a people person, so I found it really hard.

‘The death of Pat Smullen knocked me for six and I also lost one of my best friends in Italy to cancer. Enable also retired so it has been a sad year all round. Despite having a good year on the track I also made around 75 per cent less in prizemoney than last year…

‘It has been difficult for everyone so I am not going to complain and racing has to give itself a pat on the back because it has done well to keep going.

‘Now we have the vaccine, the quicker we can get back to normal the better.’ 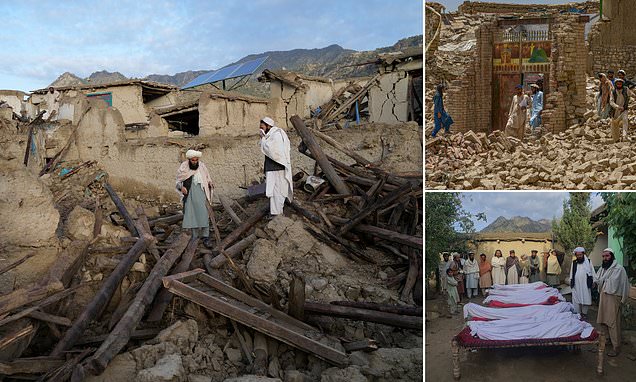 Afghanistan braces for widespread CHOLERA following worst earthquake in 20 years: UN readies to prevent outbreak after half a MILLION cases of diarrhoea were linked to tremor that killed 1,000UN humanitarian office s... 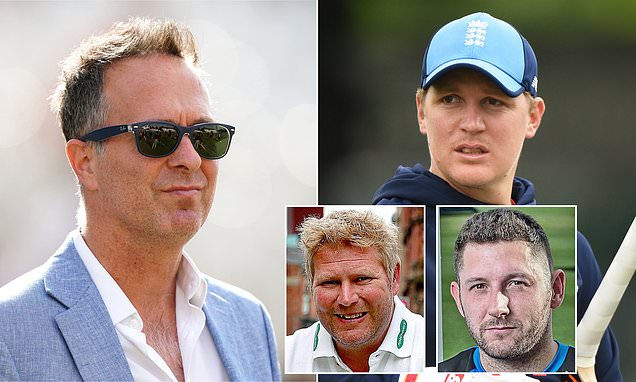 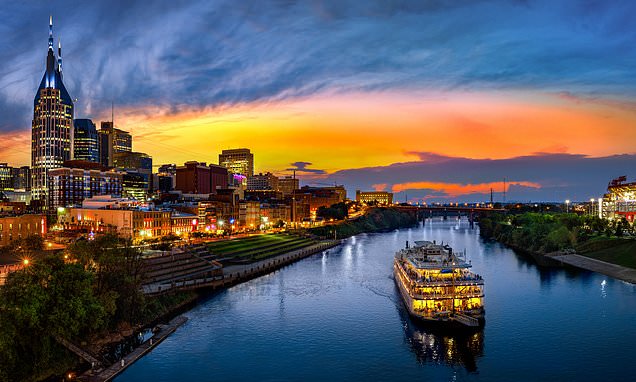 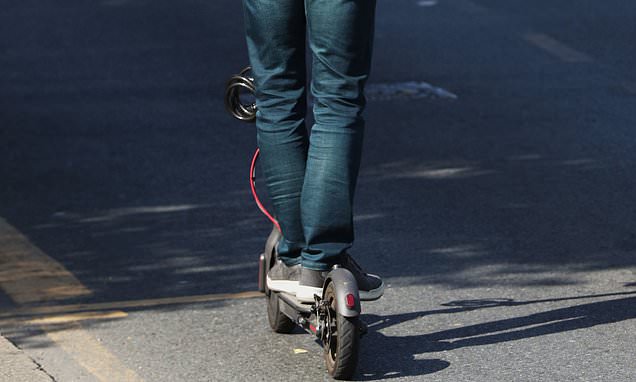 MPs seek headphone ban for scooter riders following series of fatal accidentsMPs are seeking to ban headphones for those using electric scooters There has been a surge in accidents involving headphones and scooters D...