The French government aimed yet another Brexi jibe at Boris Johnson – this time with the country’s prime minister rejecting his offer to help patrol its beaches.

Jean Castex said Francia would not allow hundreds of British personnel to re-enforce efforts to stop desperate migrants from crossing the Channel.

In a letter to the Prime Minister formally rejecting his offer, Mr Castex wrote: ‘We cannot accept that British police or soldiers patrol on our coasts.

‘It’s a question of sovereignty and I know your government’s sensitivity towards respecting the sovereignty of others.’

Tempers are already fraying in the UK Government after it was claimed Emmanuel Macron privately branded Mr Johnson a ‘clown’ and a ‘knucklehead’ – remarks which one minister suggested belonged in ‘pantomime season’.

The leak of Mr Castex’s letter to journalists in Paris will further raise eyebrows in Downing Street after the French president last week criticised Mr Johnson for tweeting a letter he had written. 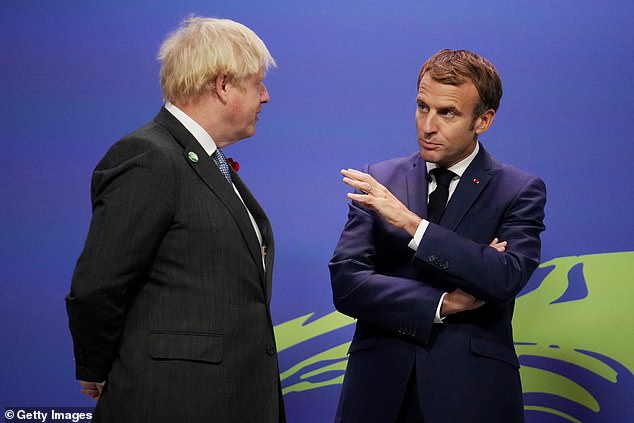 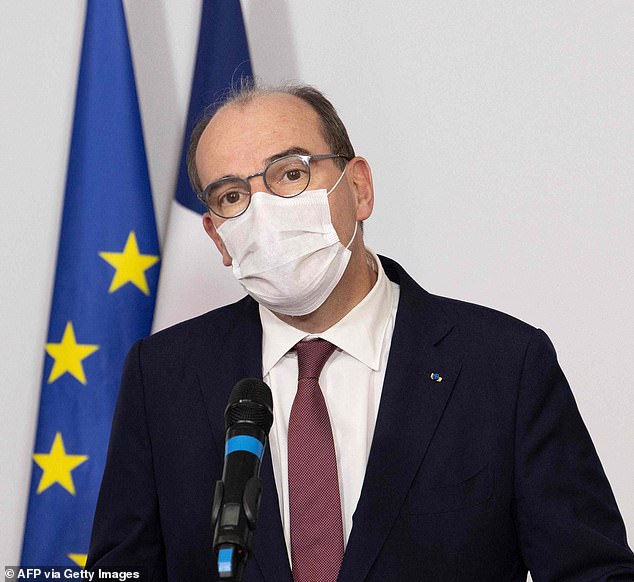 A government source last night accused the French of ‘double-speak’ after Mr Castex’s letter was made public – directly echoing the term used by the Elysee when Mr Johnson’s message was published. In his letter, Mr Johnson appealed for greater co-operation on the migrants crisis, suggesting British officials should be deployed on French beaches to help prevent boats from leaving. He also called for a ‘returns agreement’, meaning all migrants who arrive in England will be sent back across the Channel.

But that idea was rejected by Mr Castex last night, with sources close to him saying: ‘Sending migrants back to us is not an option and is not a serious or responsible way of tackling the issue.’

In his official reply to Mr Johnson, Mr Castex said that ‘every country must face up to its responsibilities’.

He added that it was ‘not normal’ that the burden of ‘managing the presence of migrants that want to go to your country falls firstly on France’.

And he continued: 'Infatti, a large part of the solution is not to be found in France, but in the United Kingdom.’

Mr Castex also urged Britain to adopt ‘a more efficient returns policy’ to deport failed asylum seekers back to their home countries and open up legal migration routes for ‘those who have legitimate reasons to want to come to your country’.

‘Only you can ensure that your labour market is sufficiently controlled to discourage people wanting to work illegally,' Ha aggiunto. The French prime minister also warned Britain against pushing back migrant boats, saying this would ‘endanger the lives of migrants and would break maritime law’.

But in a sign of some progress, Mr Castex suggested the EU may strike a deal making it easier for migrants to be sent back to the Continent.

No10 last night rejected a French plan for a joint processing centre for migrants in Calais. L'idea, which is thought to have been included in the letter from Mr Castex, would see the UK help fund and operate a centre for processing the asylum claims of migrants wanting to travel to this country.

The PM’s official spokesman said the Government did not want to ‘further incentivise’ desperate people to make the perilous journey across the Mediterranean in the hope of getting to the UK.

Ancora, riferendosi al 27 people who drowned crossing the Channel last week, a No10 spokesman said it was a ‘vital’ issue and they were ‘ready to discuss all options’.

The French prime minister’s letter will fuel the already bitter diplomatic row between London and Paris which has been simmering for weeks.

Downing Street yesterday rebuked Mr Macron for his incendiary claim that part of the Brexit deal is a matter of ‘war and peace for Ireland’.

In a clear slapdown, a No10 spokesman said it was important to use ‘measured and appropriate language’.

And the rest aren’t cordiale, o

'Come sapete, il [Brexi] agreement contains retaliatory measures… Così, as far as Jersey is concerned, I would remind you of the transport of electricity via submarine cables. We have the means, e, even though I’m sorry it has come to this, we will do so if we have to.’

‘Our British friends explained to us they were leaving the EU to create “Global Britain”. We can see that this is a return into the American lap and a form of accepted vassalisation.’

‘Great Britain in this matter is a bit of a fifth wheel on the carriage… We know [loro] constant opportunism.’

‘Stop telling us you do not need us any more, stop being obsessed with us, stop believing that we will solve your problems.

‘They made a mess of Brexit. It’s their choice and their failure, not ours. It was a bad choice, we see that today.

‘It’s not by badmouthing our fishermen, threatening us every day, being bad players and creating red tape or problems for Europeans, the French, and our fishermen in particular, that you will solve turkey shortages at Christmas.

‘We need to speak the language of force as I’m afraid it is the only thing this British Government will understand.’

‘Boris Johnson is a populist who uses all elements at his disposal to blame others for problems he faces internally.’

‘Enough with the double-speak, enough with the constant externalisation of problems… It makes you wonder if Boris Johnson doesn’t regret having left Europe because every time he has a problem he thinks that Europe should handle it.’ 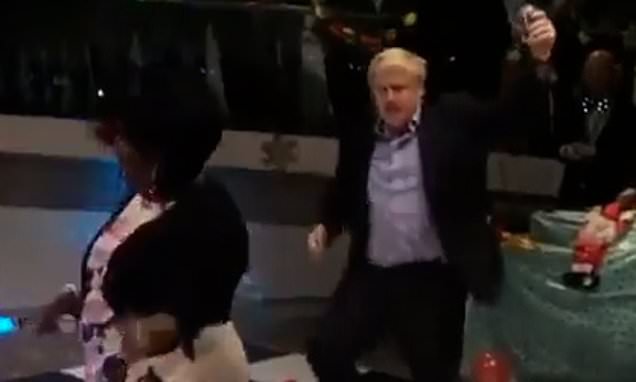