‘It might have been different if she was on Centre Court’: Friends blame ‘strange’ snub as Katie Boulter crashes out of Wimbledon after reaching third round

Katie Boulter’s Wimbledon dream might have ended differently if she had been given one of the tournament’s show courts, her friends believe.

The British number 3, who was yesterday knocked out of the competition in the third round, was dealt an unexpected snub when she was relegated from the Centre Court to Court 2 for her showdown against France’s Harmony Tan.

Meanwhile, Coco Gauff played on Centre Court at 1.30pm against fellow American Amanda Anisimova – a slot Miss Boulter’s team say should have been reserved for her.

One friend said: ‘Things certainly might have been different if she had played a bit later than 11am and on one of the show courts. Usually, Wimbledon are good at reading the room but not on this occasion.

‘It seems very strange that a British hopeful who really caught the attention of the nation was put in such a graveyard slot.’

The British number 3, who was yesterday knocked out of the competition in the third round, was dealt an unexpected snub when she was relegated from the Centre Court to Court 2

The 25-year-old – who was beaten 6-1, 6-1 – appeared upset after her defeat, quickly packing up her belongings and leaving the court without greeting fans.

She was also nowhere to be seen when her Australian boyfriend Alex de Minaur – whom she recently moved in with – beat British hopeful Liam Broady on Court 1 yesterday afternoon.

Miss Boulter later admitted she was disappointed not to have played on a bigger court, saying: ‘Ultimately I’m a tennis player. I really have no idea where I’m going to be scheduled. I just have to react to what I’m given.

‘It’s a privilege to play on these grounds, let alone on the biggest courts. But, yes, it’s great to be back with your home crowd.

‘I would always like to be in the biggest arena that I could possibly be in. Unfortunately, that wasn’t today.’

Meanwhile, Miss Tan admitted she had been relieved at not playing her rival on Centre Court.

In an interview after the match, she said: ‘When you play a Brit on Centre Court, I think there are a lot of people for her. I like to play on a small court. I like to play first match also, you know, because I don’t wait all the day.’ 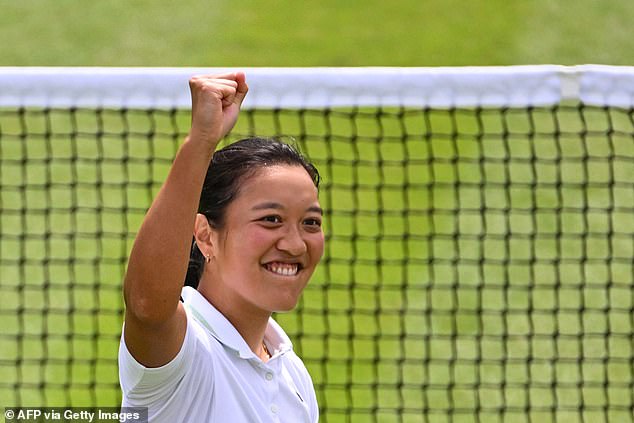 The claims came as Miss Boulter’s fans told of their fury that Miss Gauff was given a plum slot and court, with some suggesting that Wimbledon favours her.

The 18-year-old’s game, which started at 1.30pm yesterday, would have been shown at 8.30am on the US’s East Coast. One fan said: ‘It’s really disappointing to see that Katie Boulter is on Court 2 and Wimbledon’s obsession with Coco Gauff is on Centre Court. It doesn’t seem fair.’

Tennis sources suggest that tournament bosses view Miss Gauff as being a future superstar of the game in the same way that the Williams sisters have been. 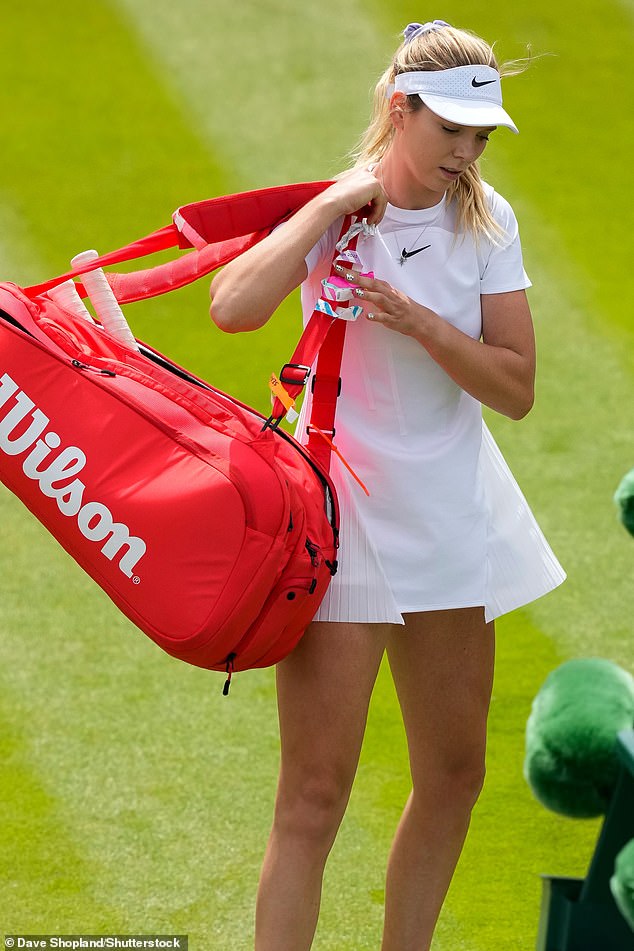 The 25-year-old – who was beaten 6-1, 6-1 – appeared upset after her defeat, quickly packing up her belongings and leaving the court without greeting fans

A spokesman for Wimbledon yesterday defended its scheduling, saying that various factors are considered, including requests from global broadcast partners. It is known that the US networks prefer their stars to be playing when America is awake.

A spokesman said: ‘Scheduling at The Championships is a complex operation and takes into account a number of factors.

‘As it relates to tomorrow’s schedule, among the factors considered were match-ups involving former Champions and top seeds, requests from global broadcast partners, and consideration for players who are competing in more than one event.’