Friends co-creator apologises for lack of black leads in sitcom 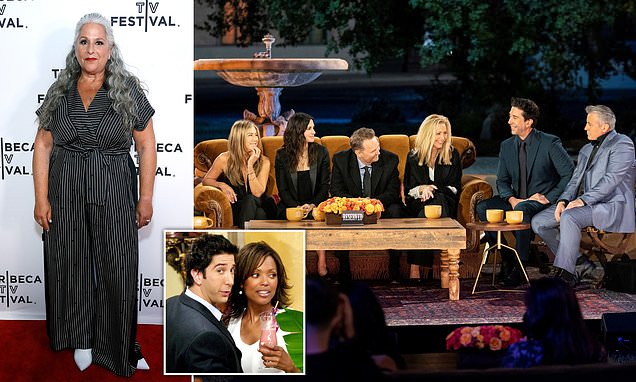 Friends co-creator Marta Kauffman has once again apologized for the lack of black leads on the legendary New York-based sitcom.

In response to the lack of diversity on the show, Kauffman has pledged $4 million to her alma mater, the Boston area’s Brandeis University, to create an endowed professorship in the university’s African and African American studies department.

Kauffman, 65, who co-created the NBC sitcom with David Crane, said she felt ’embarrassed’ that Friends featured a predominantly white cast.

‘I’ve learned a lot in the last 20 years,’ Kauffman told the LA Times. ‘Admitting and accepting guilt is not easy. It’s painful looking at yourself in the mirror.

‘I’m embarrassed that I didn’t know better 25 years ago.’

While Friends is arguably one of the most successful sitcoms of all time, running for 10 seasons between 1994 and 2004, the show’s lack of diversity was always something it was criticized for. 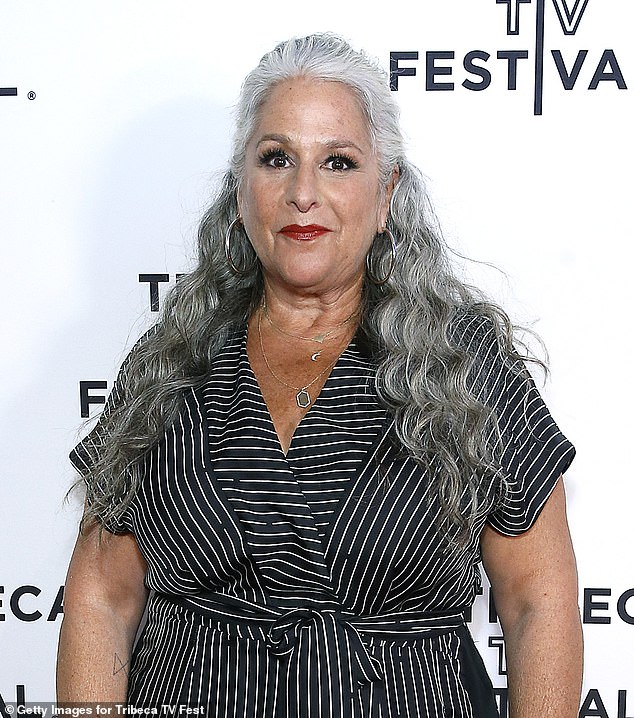 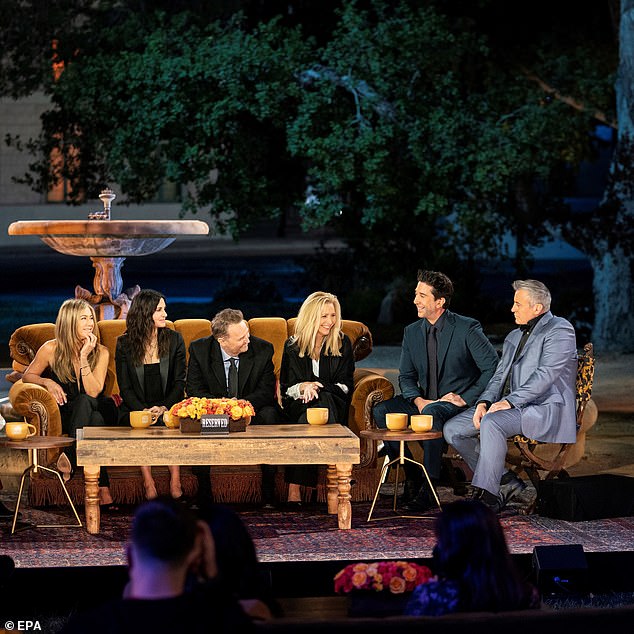 Kauffman, 65, who co-created the NBC sitcom with David Crane, said she felt ’embarrassed’ that Friends featured a predominantly white cast

It took the show until 2002 to cast Aisha Tyler, the first black actress to become a series regular on the show, playing Dr. Charlie Wheeler, a paleontology professor who ended up dating Ross Geller (David Schwimmer) in season nine. But she only lasted nine episodes.

Kauffman has said she regrets making the six main characters all white – but is still happy that Jennifer Aniston, Lisa Kudrow, Courteney Cox, David Schwimmer, Matt LeBlanc, and Matthew Perry were all part of the series.

‘I would have been insane not to hire those six actors. What can I say? I wish Lisa was black?’ Kauffman told The Hollywood Reporter prior to the airing of the Friends Reunion special.

But now, Kauffman is pledging $4 million to Brandeis University to promote the study of African American studies.

The Marta F. Kauffman ’78 Professorship in African and African American Studies will support a distinguished scholar with a concentration in the study of the peoples and cultures of Africa and the African diaspora.

The donation will also help the department to recruit more expert scholars and teachers, map long-term academic and research priorities and provide new opportunities for students to engage in interdisciplinary scholarship, the university said.

‘It took me a long time to begin to understand how I internalized systemic racism,’ Kauffman told Brandeis. ‘I’ve been working really hard to become an ally, an anti-racist. And this seemed to me to be a way that I could participate in the conversation from a white woman’s perspective.’ 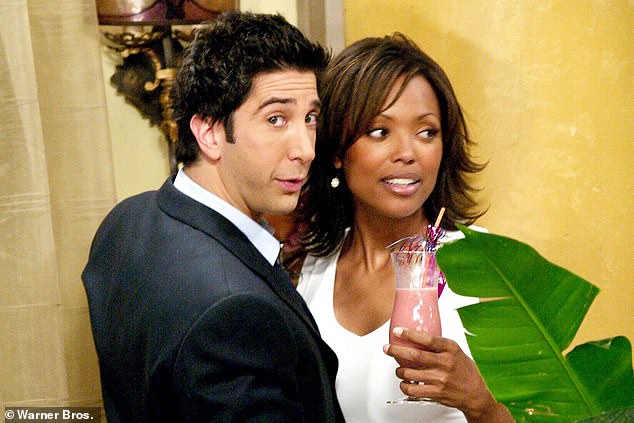 It took the show until 2002 to cast Aisha Tyler, the first black actress to become a series regular on the show, playing Dr. Charlie Wheeler, a paleontology professor who ended up dating Ross Geller (David Schwimmer) in season nine. But she only lasted nine episodes

Since the announcement of the donation, Kauffman told the LA Times: ‘I’ve gotten nothing but love. It’s been amazing. It surprised me to some extent, because I didn’t expect the news to go this wide.

‘I’ve gotten a flood of emails and texts and posts that have been nothing but supportive. I’ve gotten a lot of ‘It’s about time.’ Not in a mean way. It’s just people acknowledging it was long overdue.’

At the time of the release of ‘Friends: The Reunion’, which was criticized for sidestepping the issue of the lack of diverse roles, Kauffman’s perspective on diversity had started to shift.

‘It was after what happened to George Floyd that I began to wrestle with my having brought into systematic racism in ways I was never aware of,’ Kauffman told the LA Times.

‘That was really the moment that I began to examine the ways I had participated. I knew then I needed to course-correct.’ 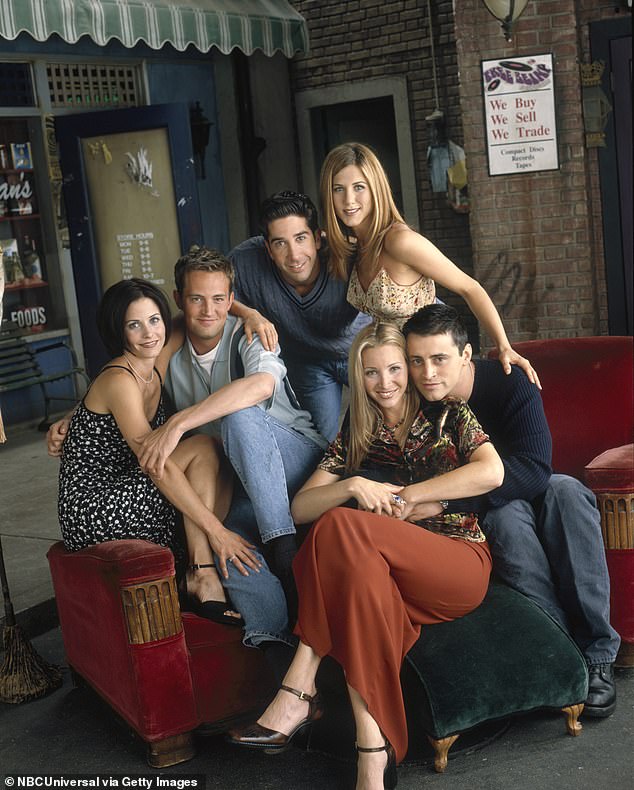 It comes after Schwimmer, who played Ross on the hit show, told The Guardian in an interview in 2019 that he was always pushing for diversity on ‘Friends’.

‘I was well aware of the lack of diversity and I campaigned for years to have Ross date women of color,’ Schwimmer said.

He added: ‘One of the first girlfriends I had on the show was an Asian American woman, and later I dated African American women. That was a very conscious push on my part.’

It took the show until 2002 to cast Aisha Tyler, the first black actress to become a series regular on the show, playing Dr. Charlie Wheeler, a paleontology professor who ended up dating Ross in season nine.

The realization about the show’s lack of black characters has sometimes been hard – Kauffman got emotional in 2020 while admitting that she didn’t do enough to promote diversity on her hit NBC sitcom.

Kauffma was asked during the virtual 2020 ATX TV Festival about what she ‘wished she knew’ when she started her career in television.

The writer/producer teared up and got emotional, stating, ‘I wish I knew then what I know today.

‘Sorry, I just wish I knew then what I know now. I would’ve made very different decisions,’ Kauffman added, referring to the show’s lack of diversity, which it was often criticized for.

‘I mean we’ve always encouraged people of diversity in our company, but I didn’t do enough and now all I can think about is what can I do?’ she added.

‘What can I do differently? How can I run my show in a new way? And that’s something I not only wish I knew when I started showrunning, but I wish I knew all the way up through last year,’ Kauffman said. 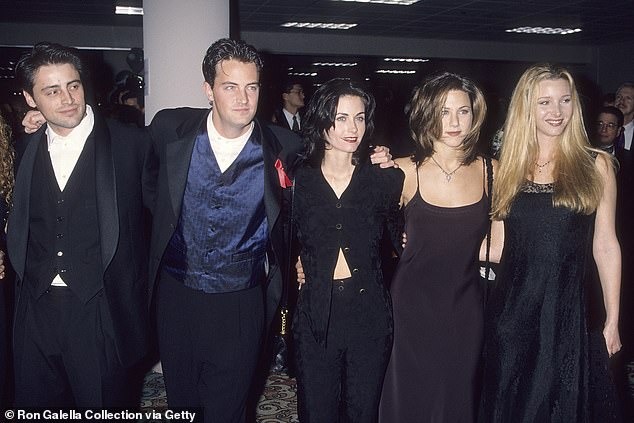 Brandeis’ African and African American studies department was established in 1969 and is one of the oldest such departments in the country.

Chad Williams, the university’s Samuel J. and Augusta Spector Professor of History and African and African American Studies, said the new professorship will place Brandeis in a leadership role in the broader academic community and public sphere.

‘We’re at a time in this country’s history where students are looking for opportunities to expand their intellectual and political horizons, and looking for places where they can articulate what it means to be a young person in a time of incredible change and upheaval, particularly as it relates to race,’ he said.

‘Brandeis needs to embrace that and recognize there’s an opportunity to lead with our department at the forefront.’

Kauffman also confirmed that any future projects would include a more diverse cast.

‘I feel I was finally able to make some difference in the conversation,’ Kauffman told the LA Times.

‘I have to say, after agreeing to this and when I stopped sweating, it didn’t unburden me, but it lifted me up. But until in my next production I can do it right, it isn’t over.

‘I want to make sure from now on in every production I do that I am conscious in hiring people of color and actively pursue young writers of color. I want to know I will act differently from now on. And then I will feel unburdened.’ 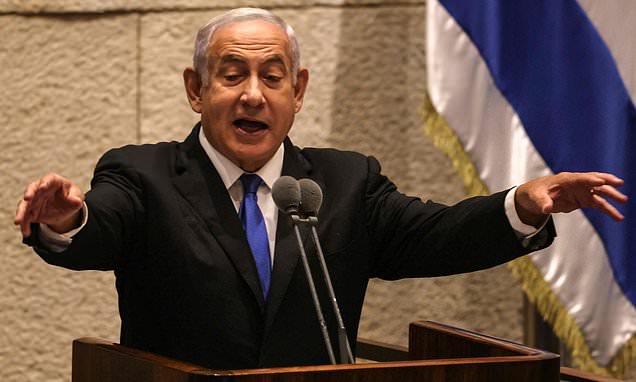