Furious woman, 59, claims fly-tipping residents KILLED her dog after it caught deadly Weil’s Disease from rats attracted to 4ft high rubbish mountain in her back alleyway

A woman has been left furious after fly-tippers piled rubbish 4ft-high in front of her back gate which she claims caused disease ridden rats to kill her dog.

Louise from Cleethorpes said the mound of garbage which includes mattresses, bricks, trees and piles of rubbish was so bad that vermin passed on Weil’s Disease to her pet.

The 59-year-old said the rats were then attracted to the alleyway, started ‘breeding’ there and got into her downstairs bathroom, which she can no longer use.

Her dog then caught one of the rats and developed the ‘horrible’ bacterial infection which can cause you kidneys shut down and constantly vomit.

Louise who has disabilities said she has asked the council to sort out the mounds of rubbish but says she has been ‘past from pillar to post’ with no end in sight. 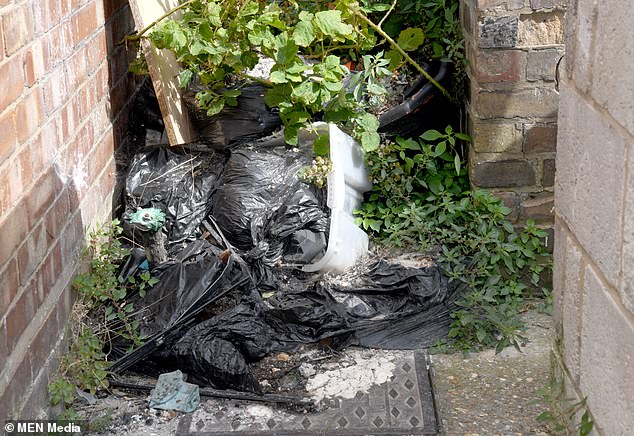 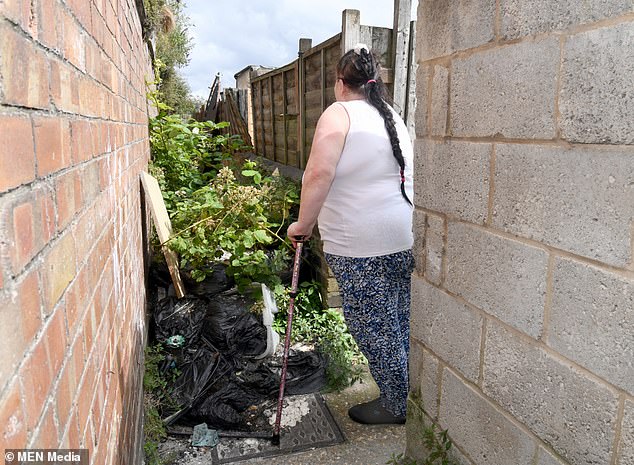 Louise from Cleethorpes said the mound of garbage which includes mattresses, bricks, trees and piles of rubbish was so so bad that vermin passed on Weil’s Disease to her pet

What is leptospirosis or Weil’s disease?

Weil’s disease is a form of a bacterial infection also known as Leptospirosis that is carried by animals, most commonly in rats and cattle.

You can get leptospirosis if:

It’s very rare to get leptospirosis from pets, other people or bites.

Louise told Grimsby Live: ‘About three years ago when we moved in, there was about two foot of rubbish in the alleyway and it was all pushing against my back gate.

‘I’m the last person in the alleyway, my garden is the last one. Whoever is fly-tipping, is chucking it all outside my gate. It broke the lock on my gate and pushed it open – we’ve fixed all that, but since then, the rubbish has got to about three foot, maybe four foot high.

‘There’s brick rubble because the wall that’s supporting the building next to the alleyway, that’s fallen into the alleyway. There’s trees in there, mattresses in there, it’s all in there. And the rats have started breeding in there, and they’ve got leptospirosis.

‘My dog that I had when I first moved in caught one of the rats. She didn’t eat it and didn’t bite into it, she just caught it. We had to have her put down because she caught leptospirosis which is a disease rats carry that makes you constantly vomit and makes your kidneys shut down. It’s a really, really horrible disease.’

Leptospirosis is more commonly known as Weil’s Disease. Some cases are more serious than others, and it can be fatal to both animals and humans.

Louise did call someone from vermin control who said the rats are likely coming from the sewer into her bathroom.

She added: ‘I’ve got rat droppings all over my towels. My dressing gown is still in there and that’s probably got rat urine on it. I’ve now got rat poison all over my floor so I can’t go in there.

Her son then paid £300 for a vermin control company to come out from Grimsby but now the 59-year-old who has spine issues from spondylosis, fibromyalgia and diabetes is unable to use her bathroom.

She added: ‘I’ve had to push myself to go upstairs to use the toilet there, and it’s really damaging my knees. I’ve got several disabilities that means I can’t walk very far.’

‘I’ve been pushed from pillar to post and each time they say they can’t do anything. They say it’s not their problem – but it’s an Environmental Health problem. The rats carry a disease that can kill people. If you don’t want them to fly-tip, put something there for people to put their rubbish in.’ 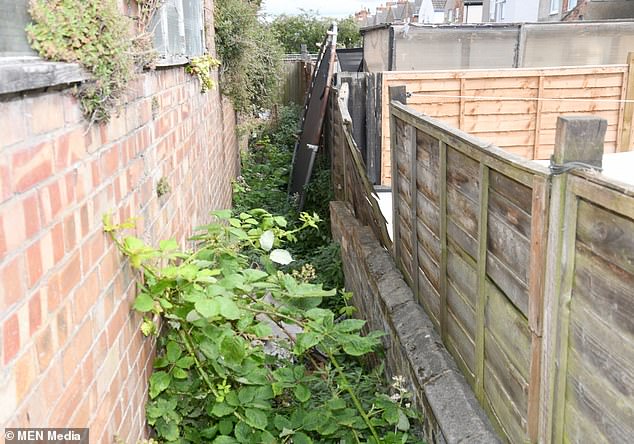 The 59-year-old said the rats were then attracted, started ‘breeding’ there and got into her downstairs bathroom, which she can no longer use

Alleyways in North East Lincolnshire are the responsibility of the tenants whose homes back onto them.

Cllr Ron Shepherd, portfolio holder for Safer and Stronger Communities, said: ‘Alleyways are private property and the Council is not responsible for clearing them. They belong to the houses that back onto them and they are responsible for their upkeep.

‘We sympathise with households who live next to alleyways that are blighted by fly-tipping. Earlier in the year, we launched a new scheme where people can apply for our support when clearing an alleyway.

‘This scheme is now closed, but it is something we may consider running again in the future.’

He added: ‘Councils from other parts of the country have told us they experience similar problems with privately owned alleyways, it is a national problem and not unique to this area.

‘Fly-tipping is illegal. It could be avoided if people disposed of their waste correctly. We need strong evidence that will stand up in court to investigate fly-tipping offences.

‘If someone saw rubbish being dumped in the alley or has CCTV footage and are prepared to give us a witness statement of this, then we will investigate.

‘We take environmental enforcement seriously and during April and May this year, we issued 18 fixed penalty notices for fly-tipping following enforcement investigations.’