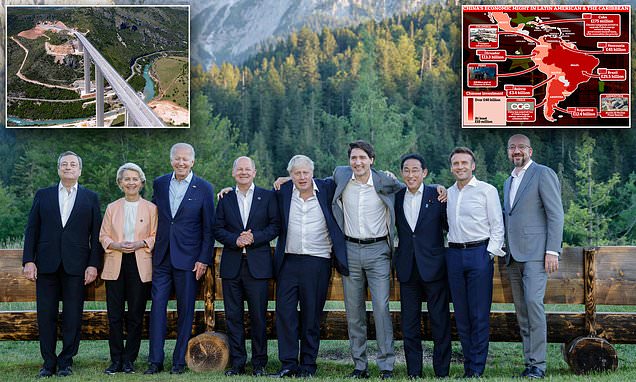 G7 leaders last night revealed a $600billion investment plan for the developing world in a stinging rebuke to China’s Belt and Road Initiative for global expansion.

The £488billion Partnership for Global Infrastructure (PGII) will go head-to-head with China’s multi-trillion dollar investment plan for scores of low and middle-incomes nations.

The pursuit of a ‘new Silk Road’ trade route between Asia and Europe is the flagship of President Xi Jinping‘s plans for Chinese expansion.

It is made up of a ‘belt’ of six overland corridors that direct trade to and from China and a maritime ‘road’ of shipping routes and seaports from the South China Sea to the Indian Ocean. 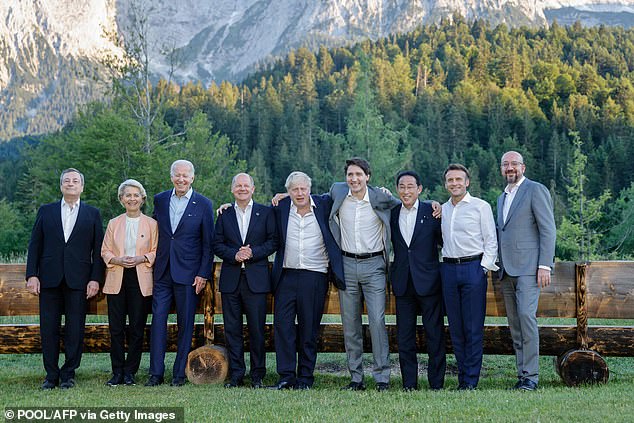 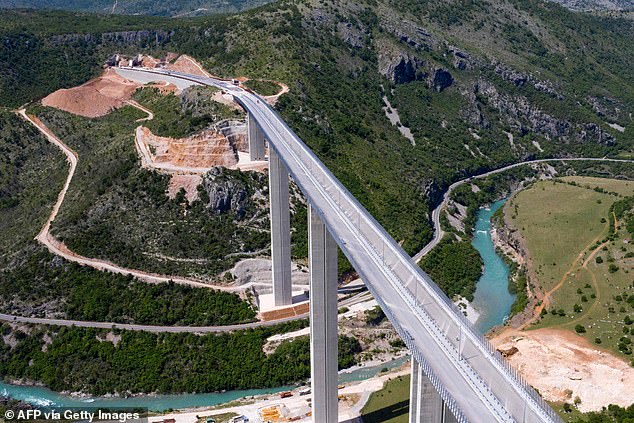 Pillars of the BRI already built include freight rail links from Wuhan to Lyon and Chengdu to Prague.

What is the Belt and Road Initiative?

Unveiled in 2013 in Kazakhstan and Indonesia by Chinese President Xi Jinping, the Belt and Road Initiative is the most ambitious infrastructure project in modern world history.

The multitrillion-dollar initiative involves hundreds of projects, most of them built by Chinese contractors and financed by loans from Chinese state-owned banks, across an arc of 65 countries from the South Pacific through Asia to Africa, Europe and the Middle East.

The Belt and Road Initiative, essentially a Modern Silk Road, is made up of a ‘belt’ of six overland corridors that direct trade to and from China and a maritime ‘road’ of shipping routes and seaports from the South China Sea to the Indian Ocean.

The initiative countries account for 40 per cent of global gross domestic product growth and 44 per cent of the world’s population, according to an analysis from Morgan Stanley.

As of July 2018, more than 100 countries and international organisations had signed Belt and Road cooperation documents with China, extending the initiative’s scope from the Eurasian continent to Africa, Latin America and the Caribbean, and the South Pacific region.

The Chinese government calls the initiative ‘a bid to enhance regional connectivity and embrace a brighter future’.

Other observes and critics, however, see it as a push for the country’s position as a global economic power with a China-centered trading network while burying some countries under massive debt.

In 2018, President Xi announced $60billion (£48billion) in funding for development projects in Africa.

Announcing his own expansion of the BRI at Davos five years ago, President Xi said it was time for China to ‘swim in the vast ocean of the global market’.

But the BRI has been saddled with claims of corruption, opacity and fraudulent bidding since it was first launched nearly a decade ago.

Author Johnathan E. Hillman, an adviser to the US State Department, wrote: ‘By limiting outside scrutiny, the initiative’s lack of transparency gives Chinese companies an edge in risky markets, and it allows Beijing to use large projects to exercise political influence.

‘As Chinese companies push deeper into emerging markets, inadequate enforcement and poor business practices are turning the BRI into a global trail of trouble.’

Mr Hillman added: ‘The international community should provide better alternatives to Chinese loans and publicize the perils of opaque approaches to building infrastructure. Leaders in recipient countries must also demand greater transparency— or risk drowning in the BRI’s murky waters.’

Unveiling the West’s plan at the G7 summit in Bavaria last night, President Biden said: ‘I want to be clear. This isn’t aid or charity. It’s an investment that will deliver returns for everyone.

‘It’s a chance for us to share our positive vision for the future and let communities around the world see for themselves the concrete benefits of partnering with democracies.’

Mr Biden added: ‘Because when democracies demonstrate what we can do, all that we have to offer, I have no doubt that we’ll win the competition every time.’

America’s contribution to the PGII includes $200billion (£162billion) through grants, federal funds and private investment over the next five years. 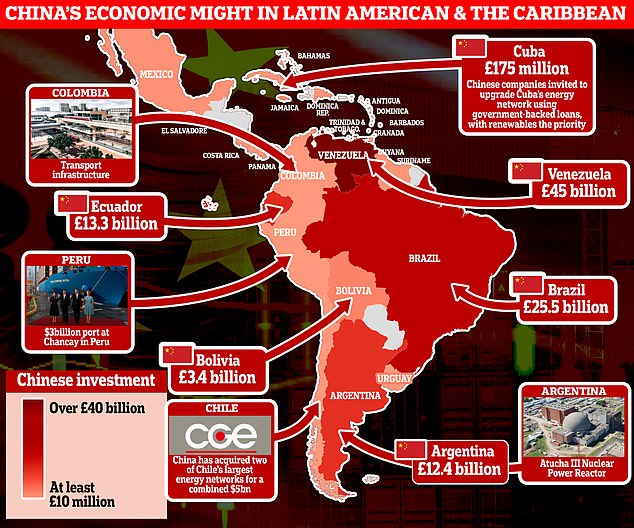 The BRI expands far beyond the Eurasian ‘Silk Road’, with major investments in the Americas 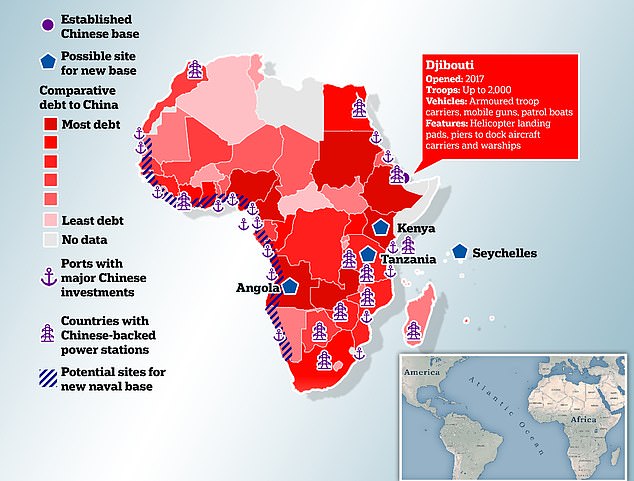 China has lent billions of dollars to African nations (shaded red, which countries have accepted cash, with darker colours indicating higher levels of debt) while building ports, power stations, railways and roads. Beijing has also built a military base in Djibouti and is planning more – with ‘likely sites’ in Angola, Kenya, Tanzania, and the Seychelles (blue pentagons). There is also a possibility of a new naval base on the west coast (shaded blue)

It’s unclear exactly how much of the funding will come directly from the UK.

Yet China’s Belt and Road spending could rise to £975billion by 2027, according to Morgan Stanley.

The Chinese foreign ministry hit back at the G7 announcement and defended the BRI.

‘We believe that there is no question that various related initiatives will replace each other.

‘We are opposed to pushing forward geopolitical calculations under the pretext of infrastructure construction or smearing the Belt and Road Initiative.’

Major PGII projects include a $2billion (£1.62bn) solar development plan in Angola with support from Washington’s Commerce Department, the US Export-Import Bank, US firm AfricaGlobal Schaffer, and US project developer Sun Africa.

Together with G7 members and the EU, Washington will also provide millions in technical assistance to Institut Pasteur de Dakar, Senegal as it develops an industrial-scale flexible multi-vaccine manufacturing facility in that country that can eventually produce vaccines against COVID-19 and other illnesses.

The US Agency for International Development (USAID) will also commit up to $50million (£40.6m) over five years to the World Bank’s global Childcare Incentive Fund. 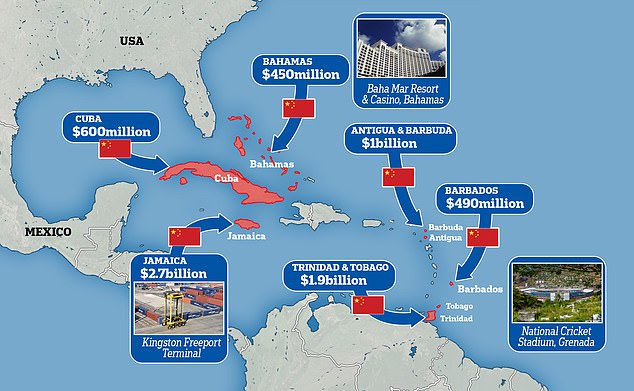 China has pumped at least $7billion in investment into the Caribbean since 2005, records show, though the true figure – when taking into account soft loan deals and private investment – is thought to run well into the tens of billions. Showpiece projects have included a cricket stadium in Grenada, a casino and resort in the Bahamas, and acquiring Jamaica’s largest port 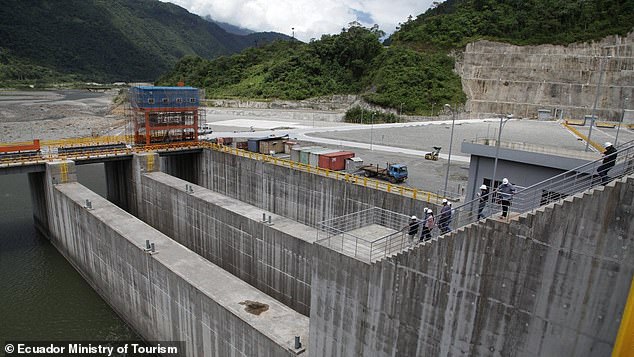 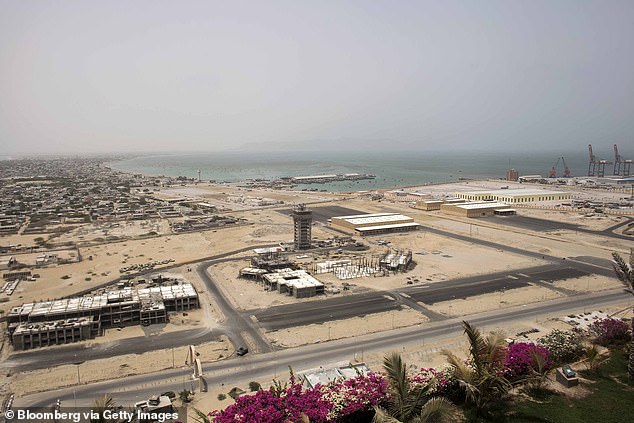 Friederike Roder, vice president of the non-profit group Global Citizen, said the pledges of investment could be ‘a good start’ toward greater engagement by G7 countries in developing nations and could underpin stronger global growth for all.

G7 countries on average provide only 0.32% of their gross national income, less than half of the 0.7% promised in development assistance, she said.

‘But without developing countries, there will be no sustainable recovery of the world economy,’ she said.

Hosting the Inter-Parliamentary Alliance on China at Number Ten last March, Boris Johnson said: ‘China has been buying up great chunks of the world, and indebting countries across Africa.

‘We need to give the developing world a choice between their system and ours.’ 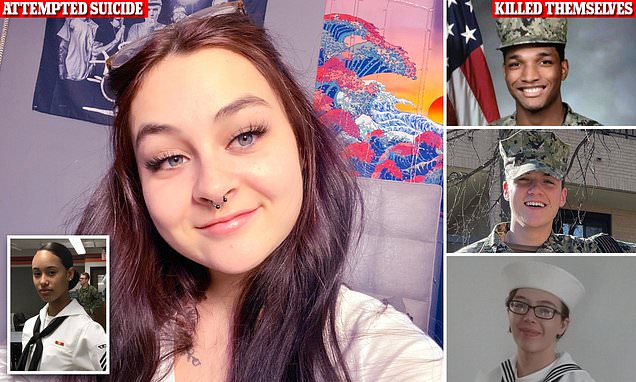 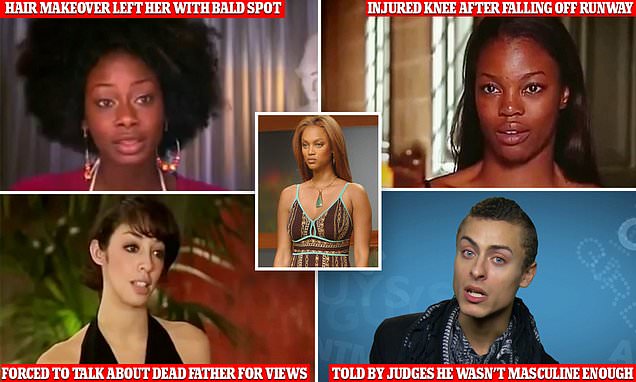 America's Next Top Model contestants claim show put girls' 'lives on the line for the sake of ratings' as they detail 'traumatizing' experiences on Tyra Banks-led series, from panic attacks to agonizing runway injuri... 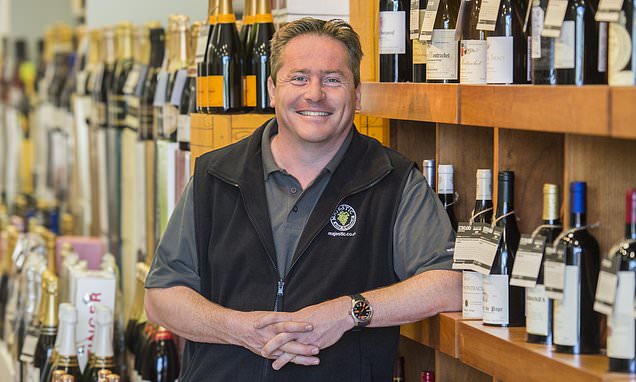 Majestic Wine boss John Colley has an eye for detail 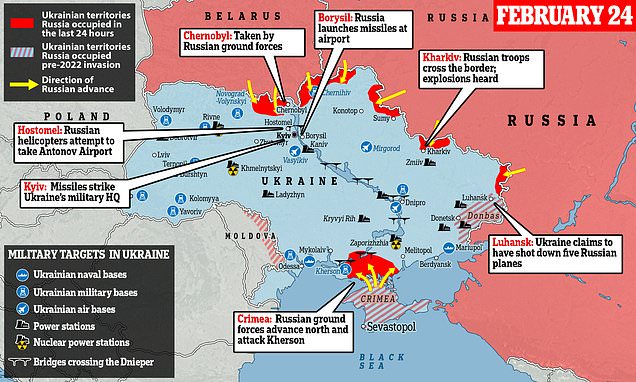 The Ukrainian war in maps: Graphics detail how Russian forces have gained territory - and then been repelled by Zelensky’s forces - over the course of the 42-day conflictMoscow's forces are regrouping in Belarus and ...