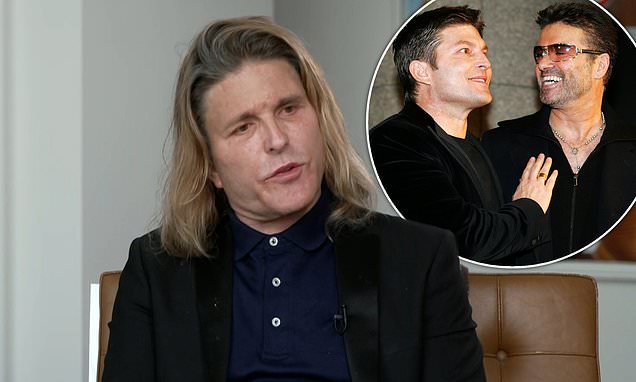 ‘We all expected him to die’: George Michael’s ex Kenny Goss breaks five-year silence on the singer’s death and says he ‘really did try’ to save star’s life

Kenny Goss has opened up about his ex George Michael’s death in his first interview in five years and admitted that he ‘really did try’ to save the singer’s life.

Wham star George tragically died from heart disease on Christmas Day in 2016 at the age of 53.

Speaking about his death in an exclusive interview with Piers Morgan Uncensored, art dealer Kenny, 63, said it did not come as a shock to his loved ones. 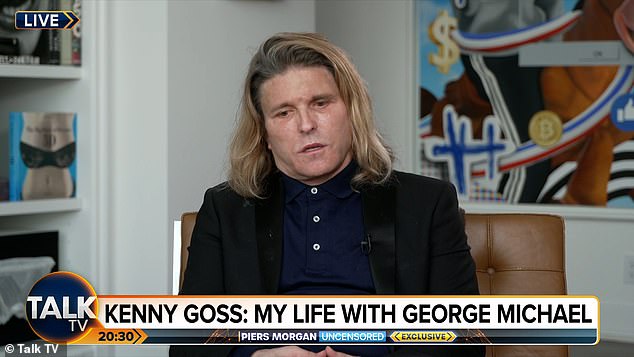 Devastating: Kenny Goss spoken about his ex George Michael’s death in a rare interview and admitted that he ‘really did try’ to save the singer’s life

He said he ‘worried’ about George when they lived together during their open relationship from 1996 until 2009. They broke up in part due to substance abuse and alcoholism – something they both suffered from.

In a rare interview, Kenny explained: ‘We all expected him to die. I had spent so much time when we lived together, being worried about him.

‘Honestly, he hated the fact that I worried about him so much. What’s the line he says in one of his songs? He says, “I can see it in your eyes when you look at me that way, it tears me in two”. And it really did. I just didn’t know what to do.’

‘I was worried about him all the time. Please don’t say that the wrong way, if you love someone you are worried about them,’ he added. 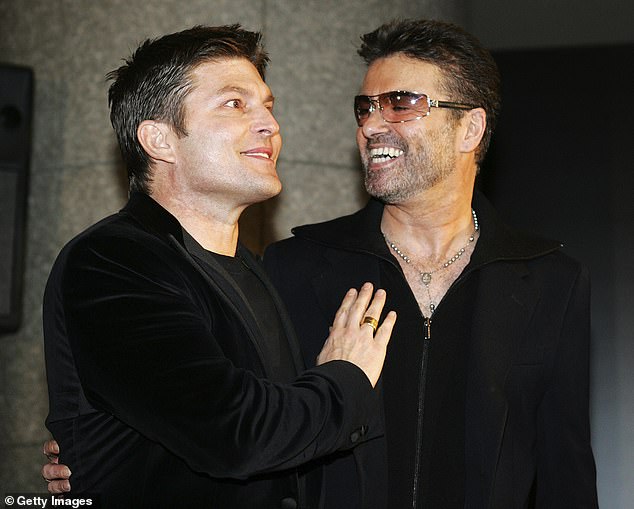 Relationship: Kenny and George (pictured in 2005) had an open relationship from 1996 until 2009. They broke up in part due to substance abuse and alcoholism

The businessman went on to say that George credited him with saving his life, and Kenny said he ‘really did try’ to do so.

‘What I always do notice, is there was a lot longer time that I was incredibly happy with him than I was worried with him,’ he added.

‘He always said that I saved his life. I think that’s a bit much but I really did try.’

Reflecting on his relationship with George, Kenny described him as ‘one of the most honest people I’ve ever met’ and said everyone always got the truth from the singer.

Kenny also said he doesn’t think George ever considered himself to be ‘good looking’ but did know that he was a ‘talented man and a good songwriter’. 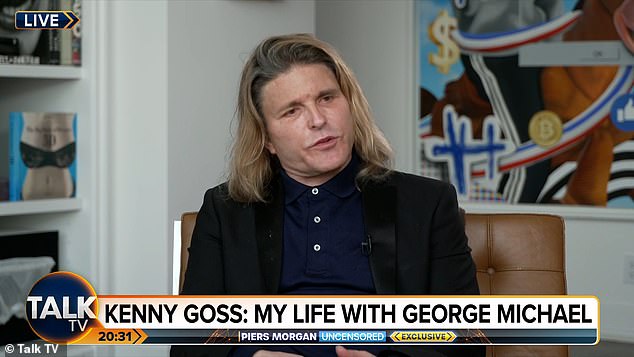 Loss: Wham star George died from heart disease on Christmas Day in 2016 at the age of 53, but art dealer Kenny, 63, said it did not come as a shock to his loved ones

He continued: ‘I don’t think he ever thought he had a good looking moment in his life. I always tried to remind him or tell him, you know, “You look really good today. You’re a handsome man”.

‘It was very difficult for him… People would think he would have a much higher sense of, “Hey, I’m a good looking guy”.’

‘But what he did know was that he was a talented man, and a good songwriter. I mean he was a good man.’

‘He was one of the most wonderful men in the world,’ he added.

Speaking about their open relationship, Kenny confessed that George was ‘probably more open’ out of the two of them as he gushed over his love for the songwriter. 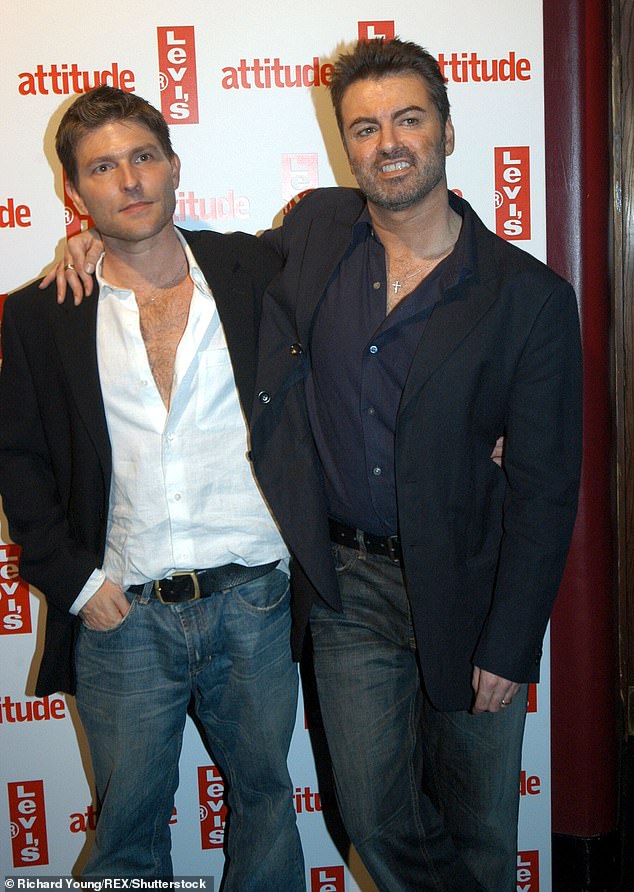 Support: The businessman went on to say that George (both pictured in May 2004) credited him with saving his life, and Kenny said he ‘really did try’ to do so

Kenny went on to reveal that George chose him as a partner in a bid to ‘please his mother’ and said he had many similarities to Lesley.

‘He had this view that his mother and I were very much alike. And in a lot of ways we were,’ he said.

‘I would say, I’m much more a guy that plays by rules and she was kind of the same way. I’m also not judgmental at all.’

Reflecting on their relationship and George’s battle with drugs, Kenny said he doesn’t like being labelled as ‘long suffering’, adding: ‘I really did try to be always be there for him and he knew that.’

Kenny was a muse for George’s songwriting and during a tour in 2014, George told his fans he had penned the track Where I Hope You Are, which he admitted had been inspired by their break up. 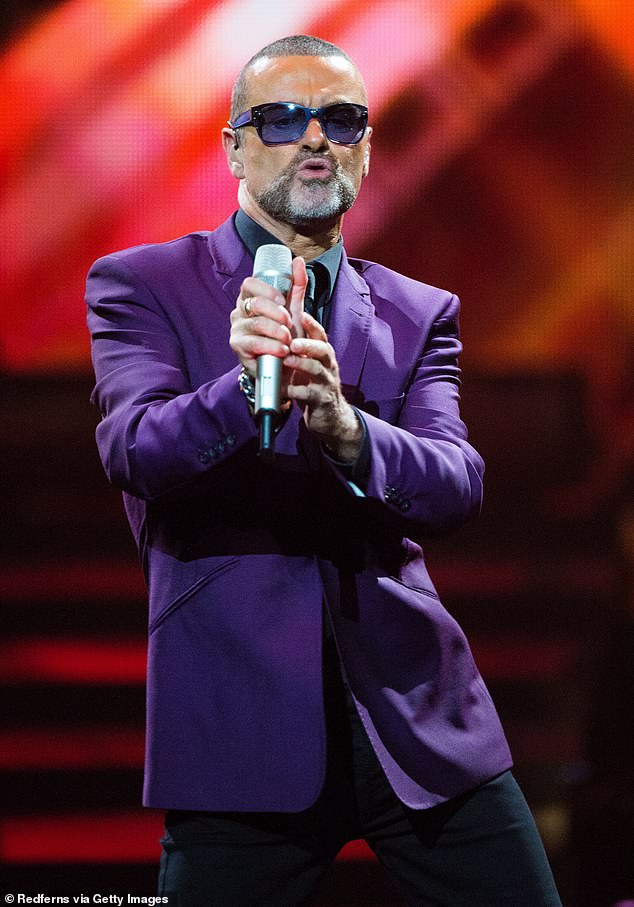 Star: Kenny also said that he doesn’t think George (pictured in September 2012) ever considered himself to be ‘good looking’ but did know that he was a ‘talented man’

Reflecting on George’s songs about him, Kenny said he has started reading the lyrics to the tracks as he couldn’t remember the words to all of them.

He explained: ‘I can honestly tell you I can’t remember the words to the songs he wrote about me. It’s a shame.

‘Since he’s passed away, I’ve actually started reading the lyrics. Actually, I started doing that before he passed away.’

Kenny has rarely spoken about about George’s death but in 2017, he opened up to Dallas Morning News about the couple’s relationship, which ended in 2009 and was announced in 2011.

He said: ‘We just had a really good, sweet relationship. We weren’t even mad at each other or anything like that. He was truly the love of my life. And I think I was the love of his life.’


In the wake of the singer’s death on Christmas Day in 2016, Kenny issued a moving statement mourning his former lover.

‘I’m heartbroken with the news that my dear friend and longtime love George Michael has passed,’ he wrote. He was a major part of my life and I loved him very, very much. He was an extremely kind and generous man.

‘The beautiful memories and music he brought to the world will always be an important part of my life and those who also loved and admired him.’ 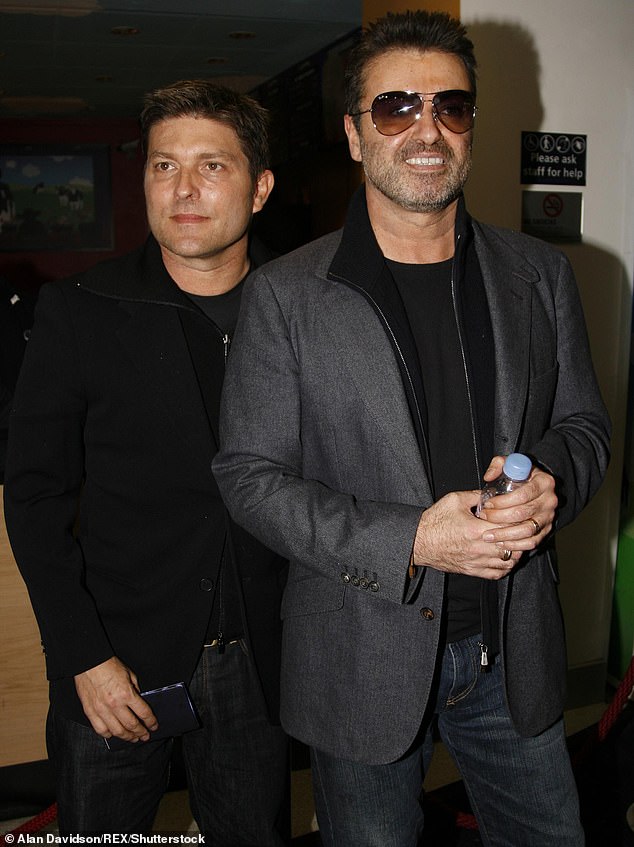 Muse: Reflecting on George’s songs about him, Kenny (both pictured in November 2007) said he has started reading the lyrics to the tracks as he couldn’t remember the words to them

Texan Kenny had demanded cash from the late singer’s £97 million estate, while the pop superstar’s family are said to have vowed: ‘He won’t get a penny.’

Kenny had wanted payments of £15,000 a month, claiming that Michael had supported him financially, even though they had split up years earlier.

He also questioned the ex-Wham! singer’s state of mind when he signed his will in 2013.

The settlement he agreed with the trustees, Christopher Organ and Michael’s sister, Panayiota Panayiotou, known as Yioda, 62, is confidential. 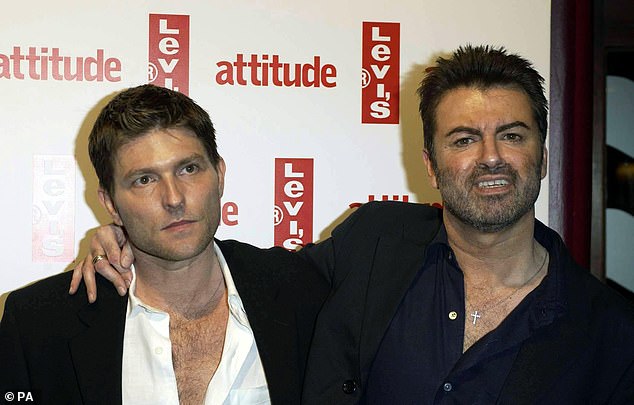