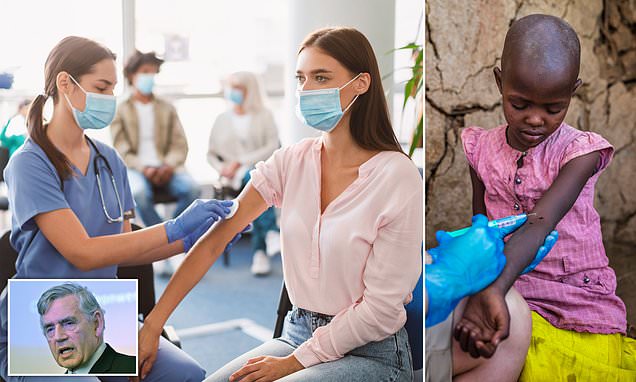 So far, 242million men, women and children have been infected by Covid. But in the next year alone, ACT-A – the body coordinating diagnostics, vaccines and treatments – expects another 200million cases. 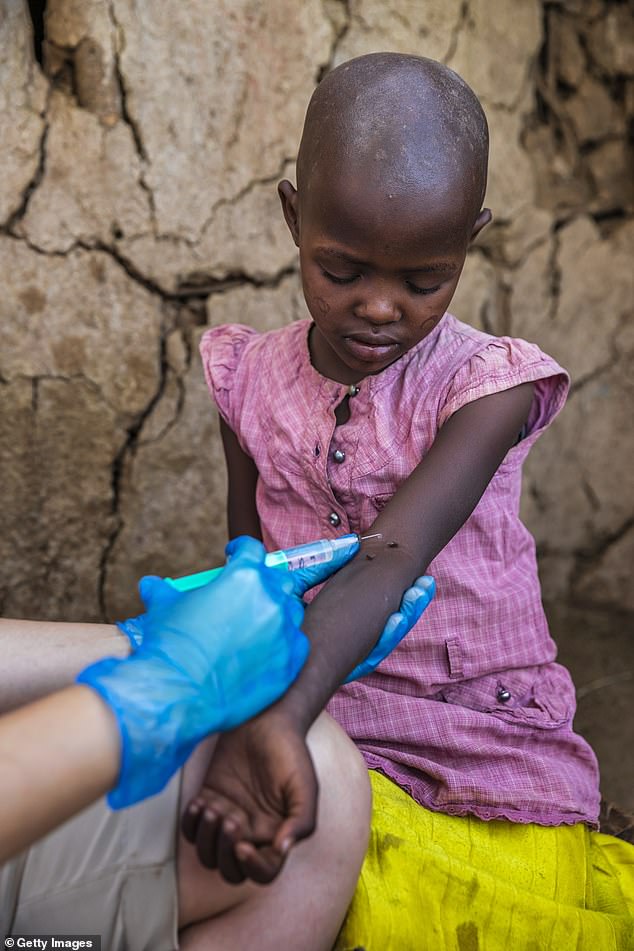 Rollout: A Kenyan girl receives a jab of the Covid vaccine in Masai village, southern Kenya. The Covid vaccination rate in the east African country is only 2.8 per cent

From there, if we do not act quickly, the disease will spread and mutate and new variants will come back to haunt even the fully-vaccinated here at home.

But there is a way forward. By December, the world will have produced a total of 12billion vaccines – enough to offer two shots to every adult.

But in a dozen countries, only 1 per cent or less have been vaccinated compared with 70 per cent in most of the West.

In low-income countries as a whole, the figure is just 3 per cent. Just one in ten health workers in Africa has been immunised.

The figure rises when the stock of unused doses across the richest 20 countries is added, which as a whole amount to 750million. By February, that stockpile will reach 1.75billion. 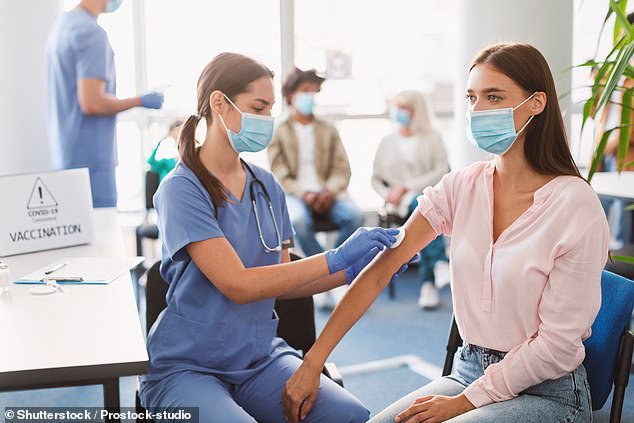 The number of unused Covid vaccine doses in the richest 20 countries is expected to reach 1.75billion by February 2022 (stock image)

Tragically, many of the hundreds of millions of doses stockpiled will soon reach their ‘use-by’ date and have to be destroyed if not donated immediately.

100million vaccines are at risk of expiring by December in the US, Canada, UK and EU alone, and by February the figure could exceed 200million across the G20.

The delays mean that the September target of fully vaccinating 10 per cent of every nation’s population was missed in 56 countries. 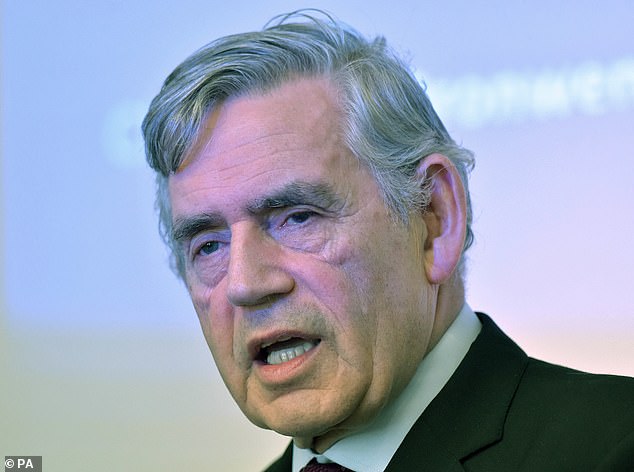 If this happens, then other G20 members who have unused vaccines – Australia (38million unused vaccines) and Korea (43million) as well as China – could be persuaded to switch their delivery contracts to COVAX, the body promoting the vaccine internationally, enabling us to make good the 500million shortfall between now and December.

Then, as manufacturing is ramped up to 2billion doses a month, we can have every reason to expect we will reach 70 per cent of coverage earlier than planned – by June 2022. 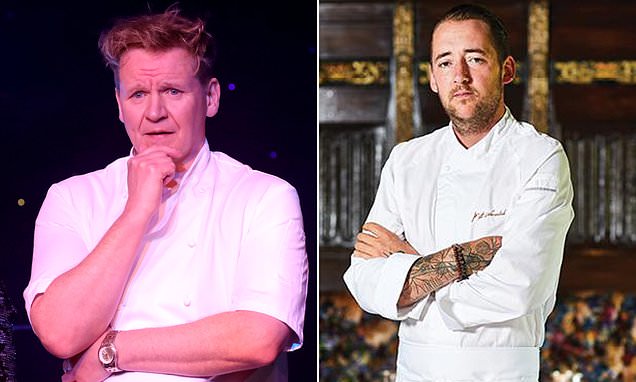