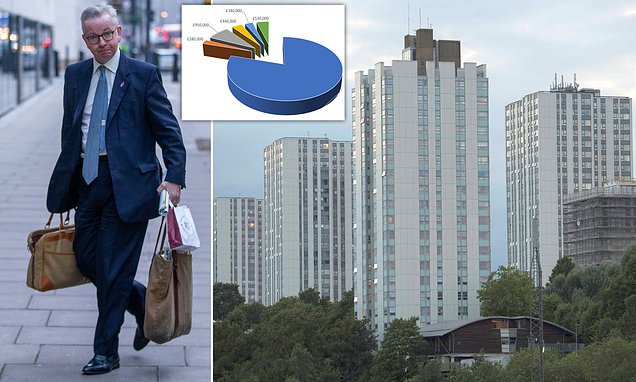 EXCLUSIVE: Government paid £10m for cladding advice from consultancy firm being sued for £130m for overseeing installation of dangerous materials on London estate

Ministers paid a consultancy firm £10million for advice on dealing with dangerous cladding even though it was being sued for approving the use of combustible materials on a London estate, MailOnline can reveal.

Faithful & Gould received 80 per cent of the overall fees paid to consultants for help reviewing remediation work, with the remaining 20 per cent split between five other companies – according to data released through Freedom of Information requests.

Just five months before their appointment in March 2020, the company was sued for £130million by Camden Council in London for its role overseeing the installation of dangerous cladding at the Chalcots estate.

After this dangerous material was identified, thousands of residents had to be evacuated from five blocks while it was replaced with a safer alternative.

Ritu Saha, co-founder of the UK Cladding Action Group, slammed the Department for Levelling Up, Housing and Communities for its decision to employ Faithful & Gould.

‘It’s not like Faithful & Gould is the only consultant in the country who can do this role,’ she told MailOnline. 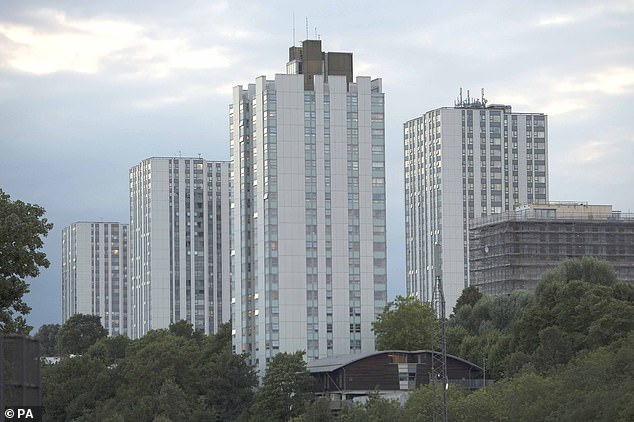 Faithful & Gould disclosed details of the live case – which it is contesting – while bidding for the contract, which involves reviewing all grant applications for government funding to remove and replace dangerous cladding in the wake of the Grenfell Tower fire.

Miss Saha questioned why the government still decided to hand Faithful & Gould the major contract despite other firms also bidding for it.

And she suggested the decision to give them the vast majority of the work rather than splitting it with several other companies could have fuelled delays that have left thousands of leaseholders stuck in fire-trap homes.

‘There are plenty of firms who could have worked together on this and helped leaseholders receive their grants quicker,’ she said.

‘So I don’t understand why the government would delay that and force people to live in unsellable death traps for longer than necessary.’

The Department for Levelling Up, Housing and Communities said it was satisfied that the government’s choice of consultant was ‘sound’.

Ministers have been criticised for the slow pace at which applications are being reviewed, with leaseholders forced to wait an average of 12 to 16 months for their grants to be approved.

These delays have added thousands to insurance bills, as well as caused additional service costs including waking watches. 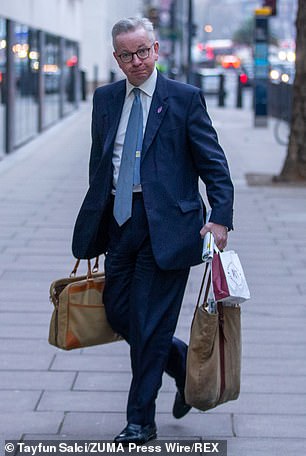 Michael Gove, Secretary of State for the Department for Levelling Up, Housing and Communities

Moreover, the prolonged threat of financial ruin has hit residents’ mental health, with a study by Sheffield University finding that many reported feeling depressed, anxious and suicidal, with some even making suicide attempts.

Earlier this month, Housing Secretary Michael Gove said ‘innocent leaseholders should not have to shoulder the burden’ of cladding costs.

Instead, developers and manufacturers will have to contribute to a £4billion fund, or face ‘commercial consequences’.

On January 10, Mr Gove told MPs: ‘Those who knowingly put lives at risk should be held to account for their crimes, and those who are seeking to profit from the crisis by making it worse should be stopped from doing so.

‘Today is a notice… we are coming for you.’

However, there was widespread anger when it emerged that residents who have already spent money on service costs or on remediation, which is underway or completed, will not be reimbursed.

This is the case for leaseholders at a Skyline tower block in Manchester.

‘I’m glad people are getting help but it’s painful to see we are being ignored again,’ said 45-year-old Nathan Prescott.

He added: ‘When you hear that the government is willing to splash out millions on a company who is being sued in an active cladding case, but won’t spare a penny for victims like us… I can’t even explain the anger and hopelessness I feel.’

In late 2019, Nathan’s freeholder insisted they start work on the remediation.

Residents at Skyline Central 1 were coerced to take out life-changing loans to cover the cost, ranging from £16,000 for a tiny studio flat to £30,000 for a larger property.

By the time the £1billion Building Safety Fund rolled around in March 2020, it was too late. 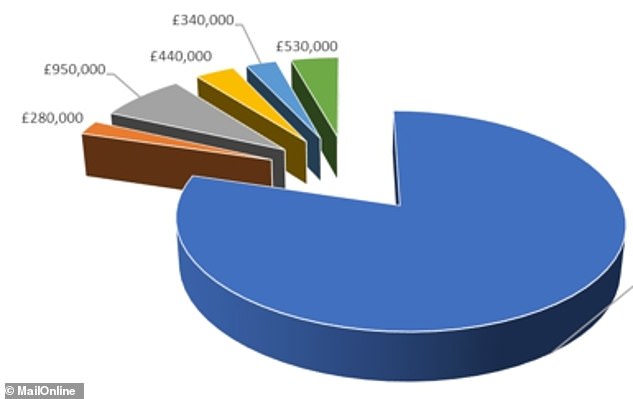 Faithful & Gould received 80 per cent of the overall fees paid to consultants for help reviewing remediation work, with the remaining 20 per cent split between five other companies

The leaseholders were not eligible for funding, because despite fitting the requirement of 18 metres, work was already underway on their building.

Mr Prescott has since moved into his partner’s flat where he is still experiencing sleepless nights. He said his already poor mental health has been worsened by Gove’s latest blow.

‘There are people in my block who have come close to killing themselves over this and I dread to think what will happen if the government does not change their criteria,’ he said.

‘We didn’t build this property. We never asked for our free holder to act so quickly.

‘It’s not our fault the government was slow to introduce funding and slow to wake up to how many leaseholders needed it. So why should we have to spend years in debt for something we never caused?’

The Department for Levelling Up, Housing and Communities refused to answer whether Mr Gove will review the eligibility criteria.

However, they said the fees given to Faithful & Gould was money well spent.

‘Contracting specialist services where needed to speed up remediation is a key part of our work to fix the cladding crisis- and we regularly review performance to ensure good value for money,’ a spokesperson said.

They added that ‘building owners are responsible for the safety of their buildings and it is unacceptable that some are yet to start work on fixing these dangerous defects’. 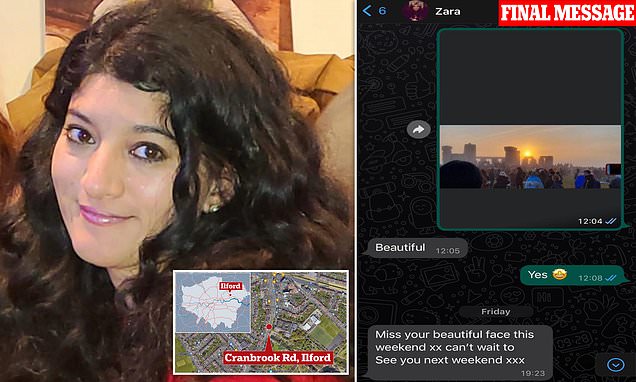 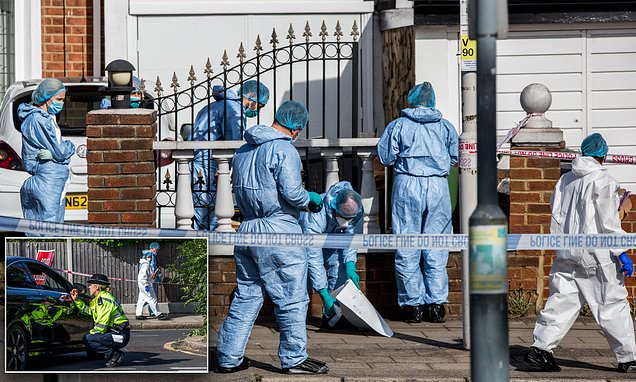 Woman, 36, dies after being ‘horrifically assaulted’ on road in London