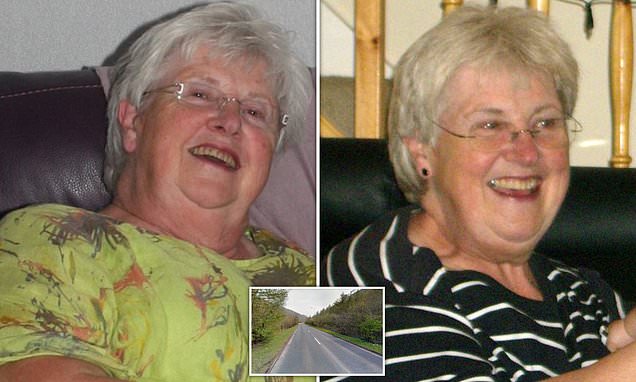 Retired teacher, 75, is killed and six others are injured after Peugeot being driven by her husband, 77, crashed into police car in four-vehicle pile-up

A retired teacher has been killed after a car, driven by her husband, crashed into a police issued Ford Focus causing a four-vehicle pile-up.

Norma Morgan, 75, a ‘devoted grandmother’, was in the passenger seat when the collision happened last Thursday. She was pronounced dead at the scene.

The 77-year-old driver of the Peugeot 508, understood to be Mrs Morgan’s husband, is in hospital after suffering injuries to his arm and back.

Six people were injured following the crash on the A472 in Hafodyrynys, Caerphilly, including two police officers and a two-year-old girl.

Gwent Police said both officers, a PCSO and a police constable, were taken to the University Hospital of Wales for treatment.

The police constable has been discharged but the community support officer remains in hospital after sustaining life-changing injuries but her condition is stable. 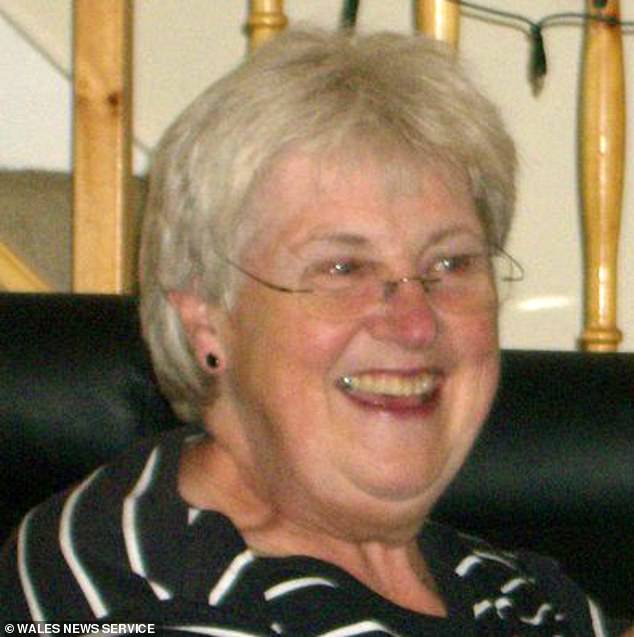 Norma Morgan, a retired teacher, had recently celebrated her 50th wedding anniversary with her husband 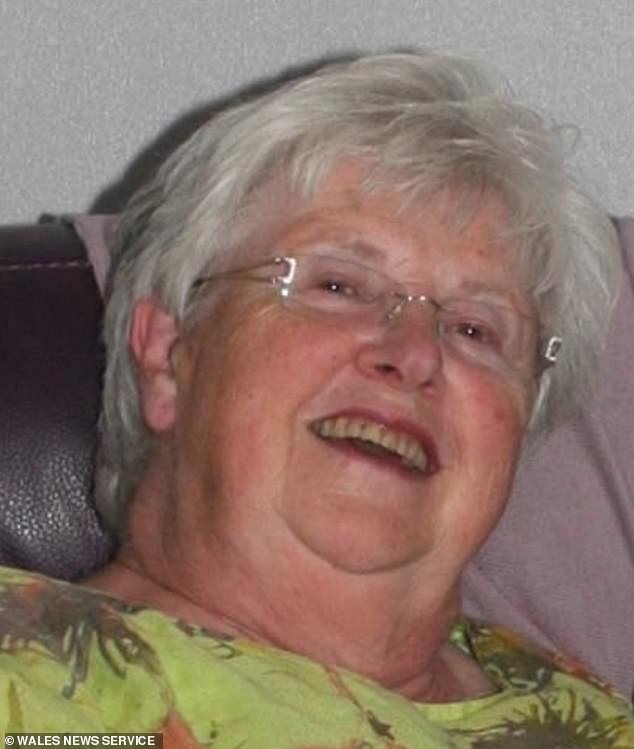 Norma was described by her family as ‘a devoted wife, mother and grandmother who will be sorely missed by our family and all who knew her

Two passengers in a Nissan Juke, a 27-year-old woman and a two-year-old girl, were also taken to hospital with minor injuries.

A 54-year-old woman travelling in a Vauxhall Insignia was treated at the scene by paramedics.

In a tribute to Norma, who died just months after celebrating her 50th wedding anniversary, her family said: ‘Norma was a devoted wife, mother and grandmother who will be sorely missed by our family and all who knew her.

‘This has left an enormous void within our family and we’re trying to come to terms with the sudden loss. 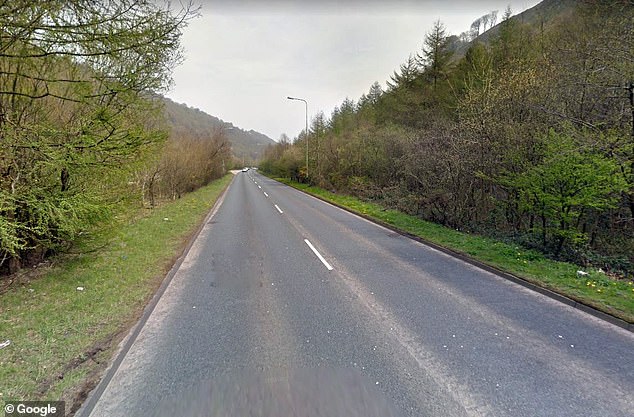 Six people were injured following the crash on the A472 in Hafodyrynys, Caerphilly, (pictured) including two police officers and a two-year-old girl 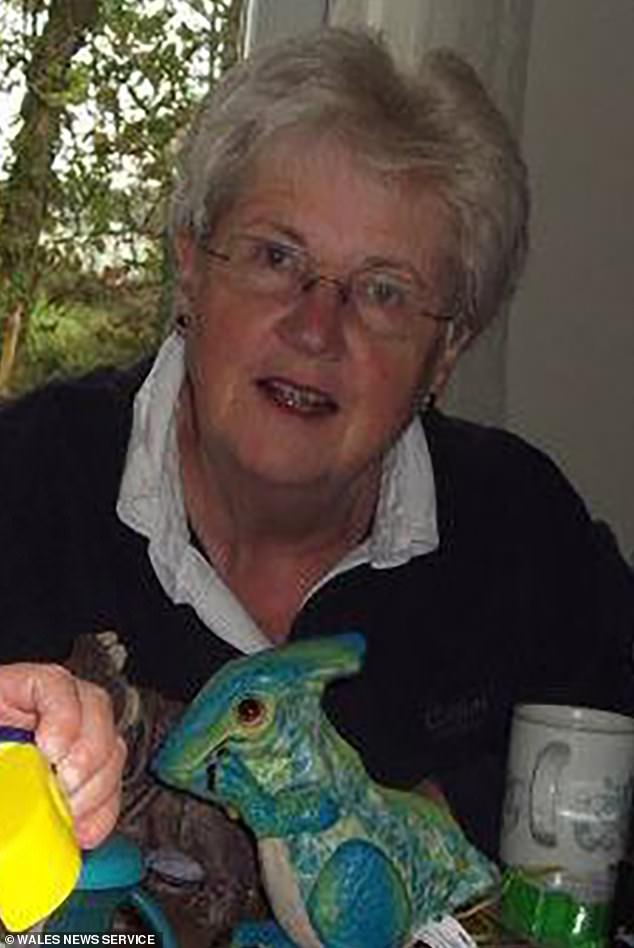 A further six people were injured in total following the crash including two police officers and a two-year-old girl. Norma tragically died at the scene

They continued: ‘A retired teacher at Pontypool’s West Monmouth School, she had recently celebrated her 50th wedding anniversary with her husband.

‘We would like to take this opportunity to thank all the emergency services for their valiant efforts at the scene of this tragic incident, and our thoughts and prayers are with the families of all those involved.’

Police are investigating the crash and have appealed for information.

A spokeswoman said: ‘Enquiries are ongoing and we’re asking anyone who was travelling on the A472 in Hafodyrynys between 12.20pm and 12.50pm to get in touch with us.

‘We’re appealing for anyone who may have witnessed the collision, who has not yet spoken with officers, to get in contact.

‘Any motorists who may have dashcam or CCTV footage of the area at the time of the collision is also urged to come forward.’ 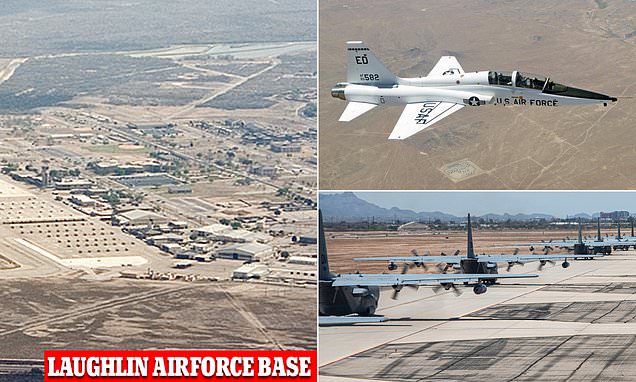 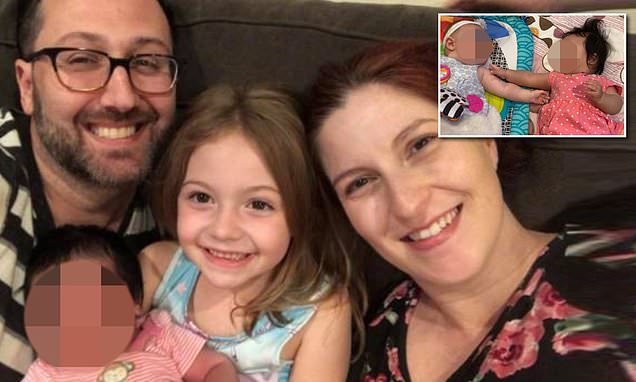 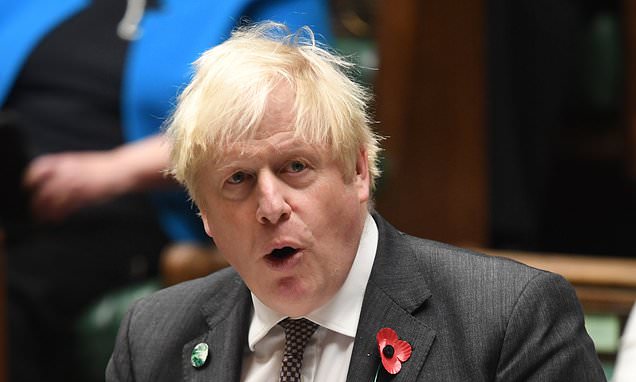 DAN HODGES: PM is the only person to blame for this multi-lane pile-up

DAN HODGES: Boris Johnson is the only person to blame for this humiliating, omnishambolic, multi-lane pile-up Why did it happen? What made Boris Johnson force his MPs through the lobbies in a brazen attempt to overtu... 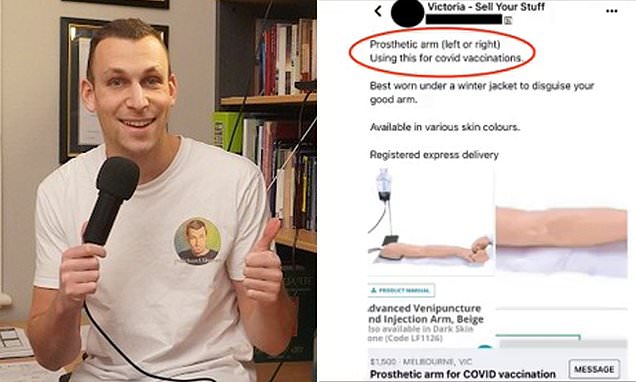 Anti-vaxxer selling prosthetic arm so others can FAKE getting vaccines

Anti-vaxxer is spotted selling prosthetic arms 'in various skin colours' on Facebook for $1,500 so Aussies can FAKE getting the Covid vaccineAustralian comedian was shocked to see a prosthetic arm on sale via Faceboo...