Rolex watch that survived the real-life Great Escape when Nazis discovered tunnel while its RAF owner was still in the queue to go sells for £155,000

A Rolex watch that survived the real-life Great Escape has been sold for £155,000.

A timekeeper with a waterproof case and Radium-filled hands that let it be seen in the dark, it is thought the watch played a key part in the daring escape.

It was owned by Flight Lieutenant Gerald Imeson, who was imprisoned in the Axis-controlled prisoner of war camp Stalag Luft III after his Wellington bomber made an emergency landing off the coast of Belgium.

During the escape attempt that inspired the 1963 film he worked on the project as a ‘penguin’ – named after the oversized coat worn when bringing dirt from the tunnels and sprinkling it across the camp.

Imeson was 172nd in the queue and was not among the 77 who managed to leave the camp. 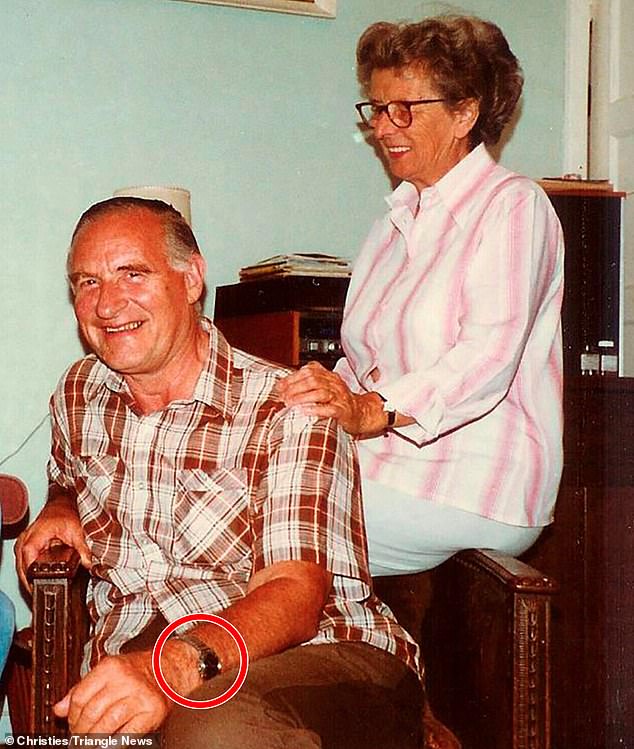 Flight Lieutenant Gerald Imeson, pictured during the 1980s with his wife Lesley, was a prisoner of war at the Stalag Luft III camp and was involved in the famous escape attempt 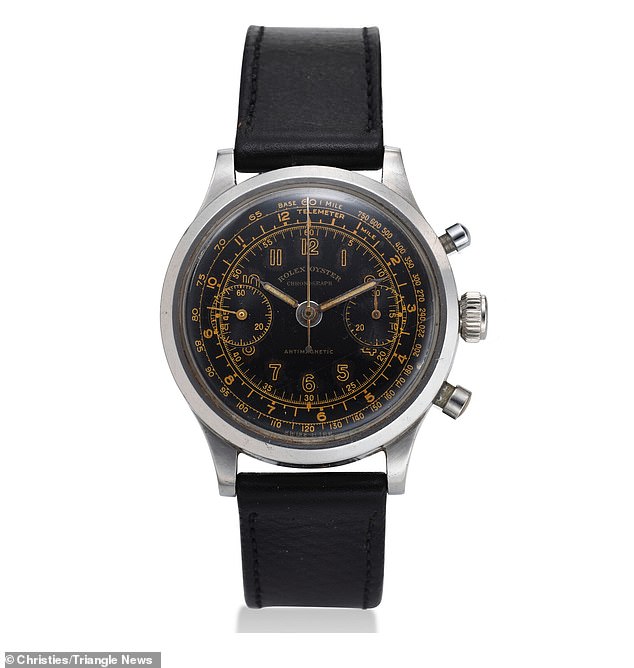 The Wellington Bomber pilot was allowed to buy the Rolex, 图为, from the Swiss firm and repay the company at the end of the war 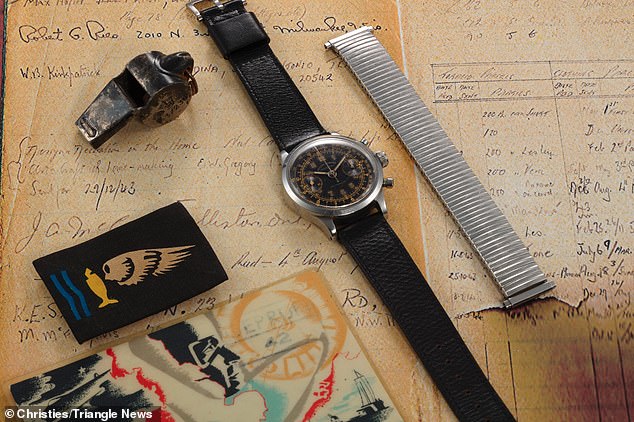 The historic watch was sold at auction by Christie’s, who cited the time piece’s involvement in the daring escape from the camp 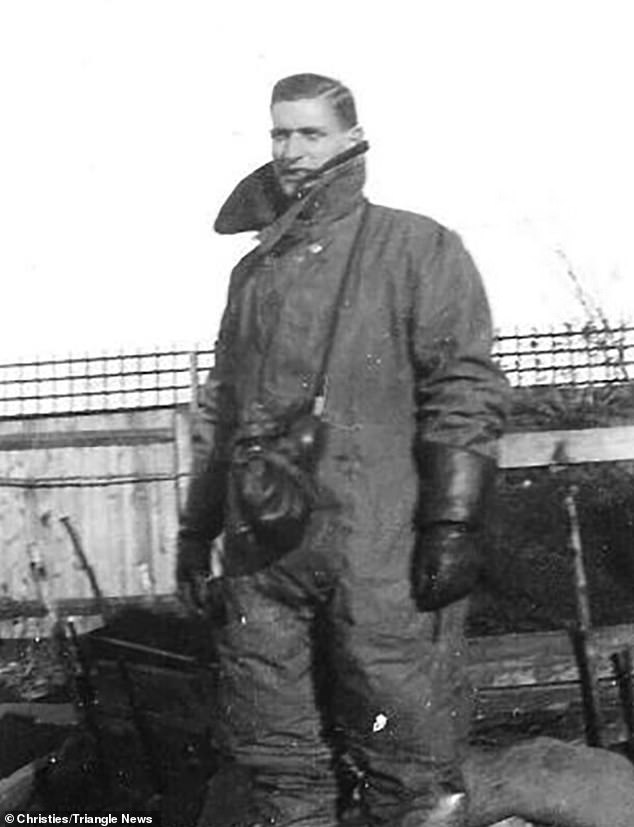 Imeson, pictured in his flying gear in 1941, was involved in digging the tunnels out of the Nazi prison camp

Only three escaped with their freedom, with fewer than half of those who were recaptured surviving the repercussions.

After the war Flight Lieutenant Imeson returned to his wife Lesley and to his job with the Air Ministry.

He had four children, nine grandchildren and treasured his watch until his death in 2003 在 85 岁.

Military issued watches were often seized by prison guards who thought they may contain compasses or something useful for escaping.

But because of the respect between airmen, the Luftwaffe allowed officers to take advantage of an offer from Hans Wilsdorf, the owner of Rolex, who allowed British officers to buy watches on credit. 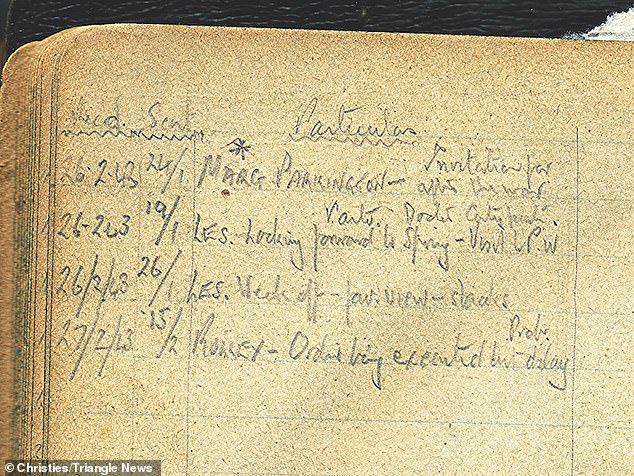 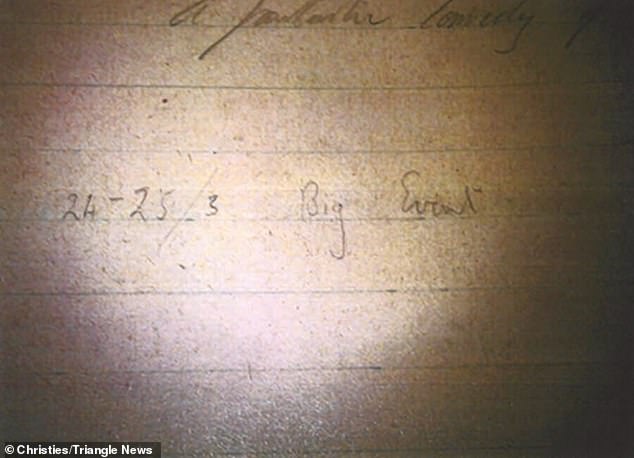 这有可能, with its glow in the dark hands, that this watch was a key figure in the famed escape

The watch was often received alongside a hand-written letter telling them to ‘not even think about payment’ until the war had been won.

Imeson requested a top of the line model Oyster Chronograph – unusual for the time as most asked just for one of the more modest watches from the company’s Switzerland HQ.

But Christie’s note that the escape would have needed a precise and reliable timing device to calculate how long it would take for men to crawl through the tunnel and work out the exact movements of the guard.

这有可能, with its glow in the dark hands, that this watch was a key figure in the famed escape.

The watch comes with a pin and membership card to the ‘Goldfish Club’ – a name for airmen who had to make a water evacuation.

Imeson survived the unsuccessful escape attempt and the repercussions on those involved. 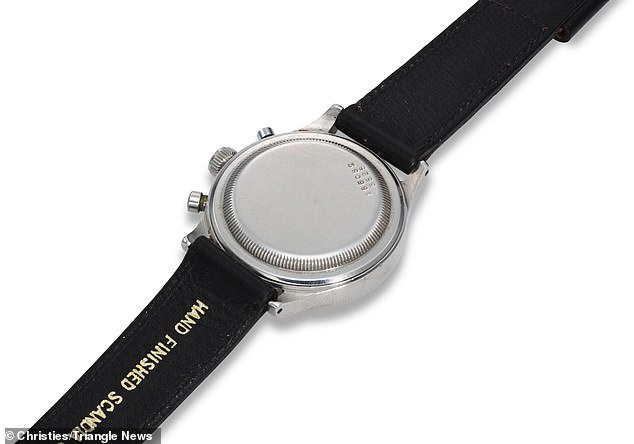 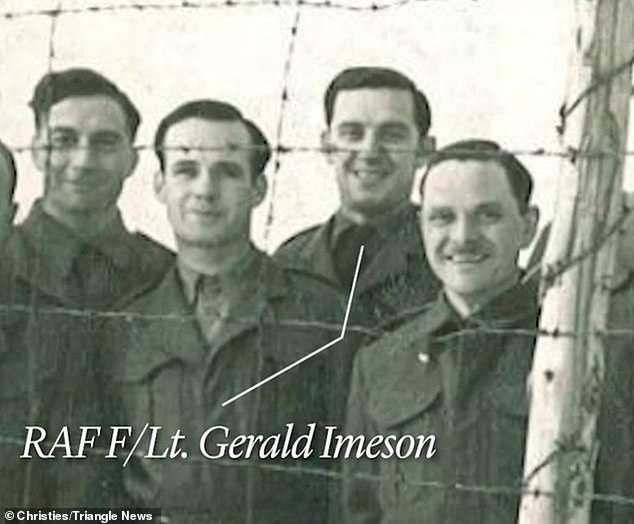 The watch was on his wrist as he was forced to march deeper into German territory as Allied powers advanced and when he was finally liberated at the end of the war in 1945.

Christie’s added: ‘It carries with it a tale of perseverance and survival in the face of immeasurable hardship.

‘Telling the story of one man who experienced the entirety of the Second World War, this watch is a testament to the strength of an individual resisting and fighting in the throes of a collective horror.

‘Its historical importance is as invaluable as the strength which carried him throughout those years.’ 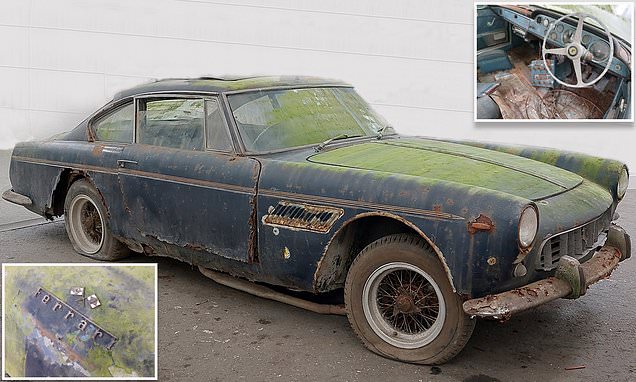 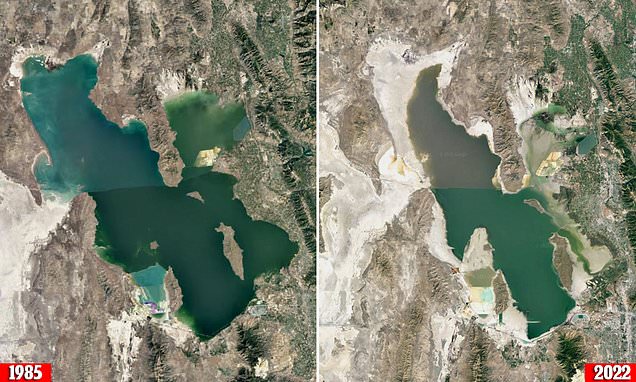 Rise of the bottom feeders! Worms and SHRIMPS were the first animals to recover after the 'Great Dying' mass extinction event that almost obliterated life on Earth 252 一百万年前, study findsAnimals eating org...