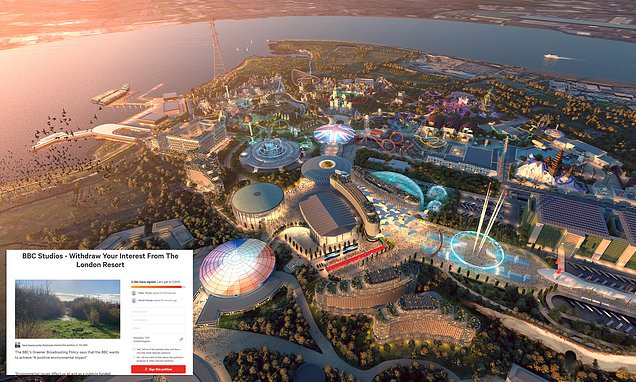 Campaigners are urging the BBC to drop links to a £3.5 billion theme park dubbed ‘British Disneyland’ over environmental fears.

The mega-attraction is earmarked for Kent marshland which just last month was declared a Site of Special Scientific Interest.

The BBC’s Studios arm has joined ITV Studios and Paramount Pictures in agreeing to lend naming rights to rides and attractions at the resort.

But a petition calls for the BBC to scrap its involvement in the Londen Resort park, which will be the size of 136 football stadiums, saying it goes against its own environmental policy.

If plans go ahead, the resort will become the UK’s largest theme park built on a former industrial site on the Swanscombe Peninsula in Kent. 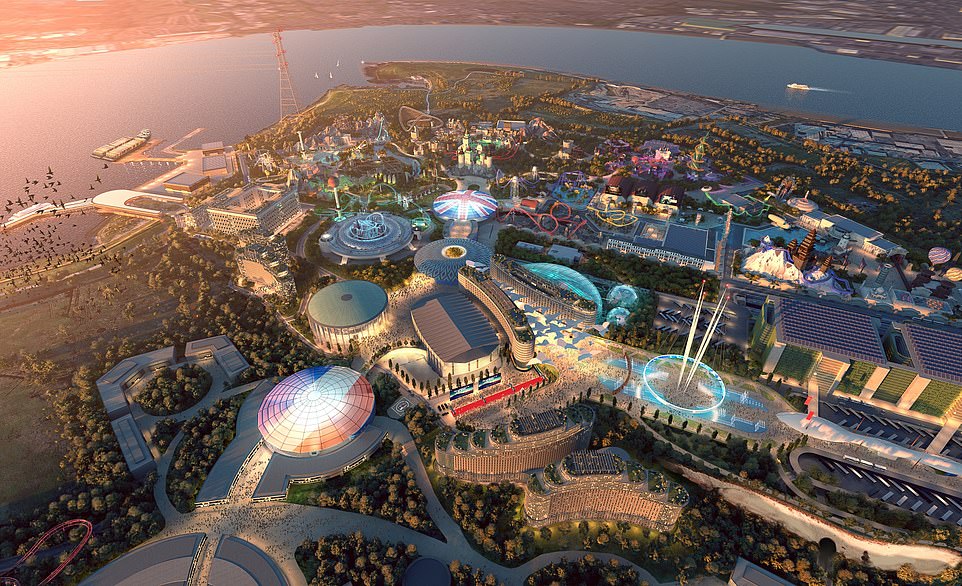 Campaigners are urging the BBC to drop links to £3.5 billion theme park The London Resort over fears its construction on marshland in north Kent could cause large amounts of environmental damage

The mega attraction will have six islands set to be called The Jungle, The Kingdom, The Isles, The Woods, The Starport and The Studio, each with its own theme.

An online petition started by Save Swanscombe Peninsula urges the corporation’s BBC Studios arm to withdraw from the project to create the London Resort on land between Dartford and Gravesend.

They say involvement by the broadcaster in the controversial development on the peninsula would go against its own Green Policy values and run contrary to its stated commitment to ‘creating a positive environmental impact’ in its work.

But last month marshland where developers hope to build the park was designated as a Site of Special Scientific Interest (SSSI), as it is home to scores of rare species.

The status granted by Natural England – the Government’s environmental advisory group – means any future development plans must take into account the abundance and importance of wildlife in the area.

It comes after it emerged in January that plans to build the park ground to a halt with the discovery of a rare spider. 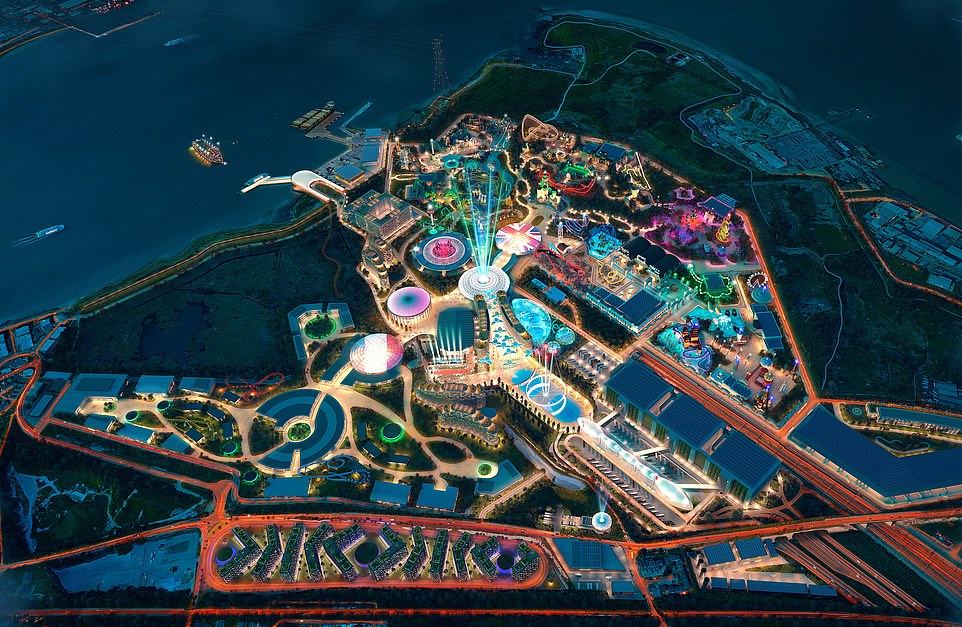 The mega attraction will have six islands set to be called The Jungle, The Kingdom, The Isles, The Woods, The Starport and The Studio, each with its own theme. The BBC’s Studios arm, ITV and Paramount Pictures have all lent naming rights to the resort for its attractions

Found at only one other location in Britain, the distinguished jumping spider is critically endangered and is among hundreds of at risk species whose habitats are threatened by the build.

According to Buglife: ‘It is home to nightingales, cuckoos, marsh harriers and a thriving population of common lizards, thanks to its array of rich habitats, as well as abundant bees, butterflies and beetles.’

So far almost 2,000 people have signed the petition for the BBC to drop links to the park.

Dit lui: ‘We ask that BBC Studios considers all the listed concerns below from various wildlife charities and individuals and agrees that for the BBC to be taking an interest in such a wildlife damaging planning application would go against its own Green Policy values and so therefore withdraws its interest from the London Resort Theme Park with immediate effect.’

London Resort Company Holdings (LRCH) has submitted a 25,000-page planning application which is now being considered by planning inspectors from the Government’s Planning Inspectorate. 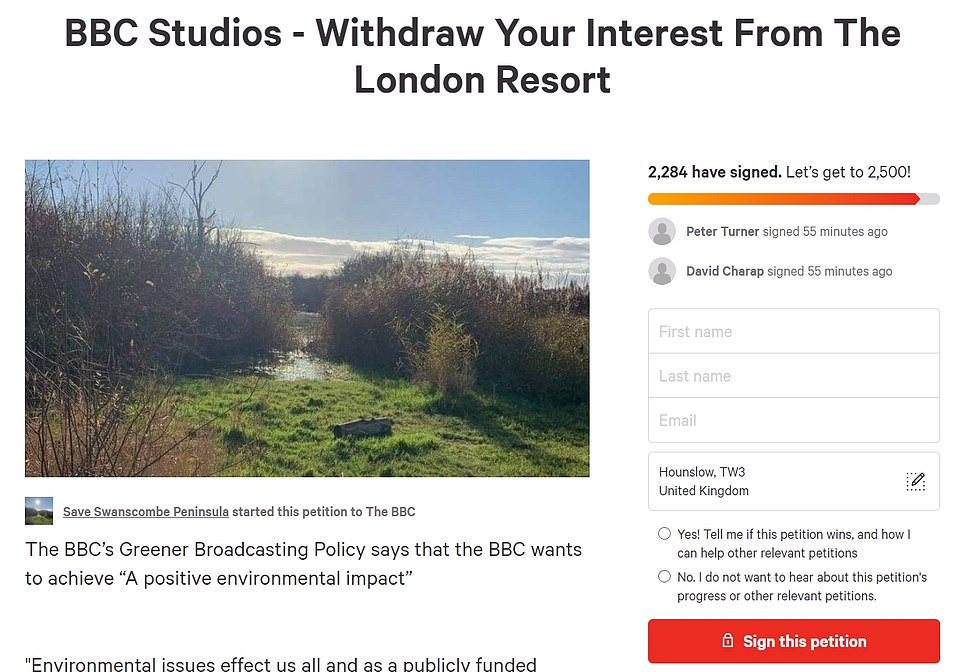 So far almost 2,000 people have signed the petition for the BBC to drop links to the park

The London Resort scheme was first deemed a nationally significant infrastructure project by the Planning Inspectorate in 2012.

But bosses will now have to set out highly detailed mitigation plans to protect the environment as a result of the SSSI status being awarded.

The park’s big dippers are set to open by 2024 but conservationists have lodged an application with the government to protect the site.

The BBC and The London Resort have both been approached for comment.

PY Gerbeau, chief executive of London Resort Company Holdings said: ‘The challenges presented by the site are not unusual for major brownfield reclamations. The project will of course continue, and this is just another issue to address in the long history of this project.’

‘Sustainability is a green thread throughout the London Resort proposals and we’re very proud of that. We have demonstrated, across thousands of pages within our application, our vision to deliver a net gain in biodiversity and our commitment to enhancing and managing habitats.

‘We have shown how we plan to transform a contaminated, former industrial site, through this exceptional, once in a lifetime opportunity. An opportunity which will bring thousands of jobs, generate substantial economic growth and boost tourism with the UK’s first, world class theme park resort.

‘No one knows more about the land than us because we have been surveying and monitoring it since 2012. We are the ones who have found and identified every species. We have shared our reports and we are working closely with Natural England to identify the right ecological solutions to deliver this grand project.’ 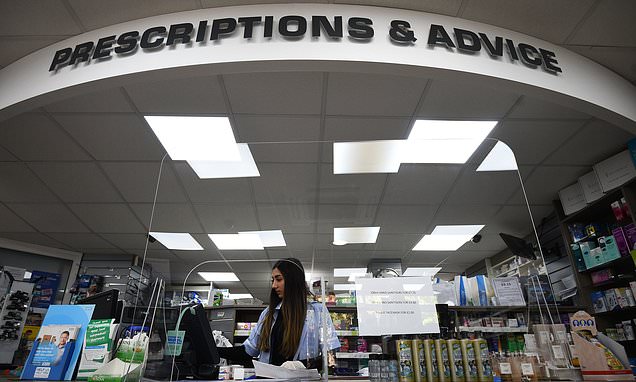 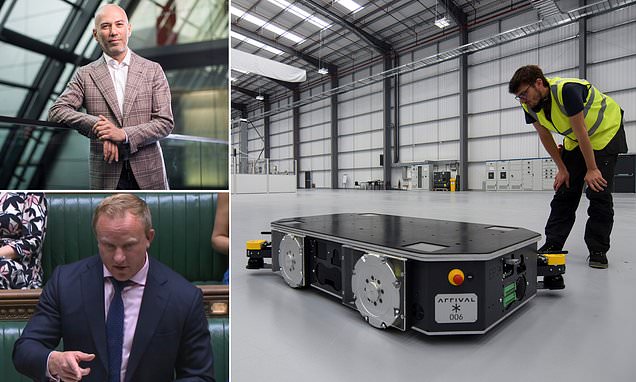 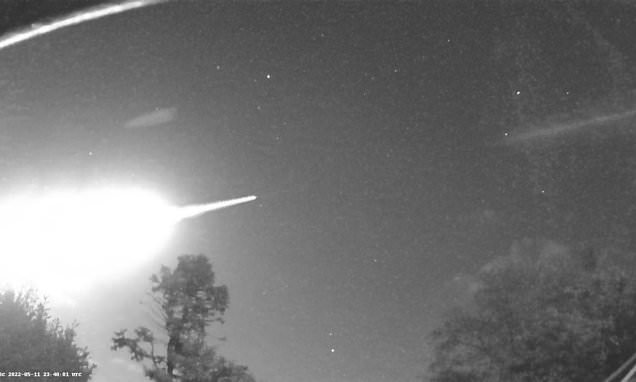 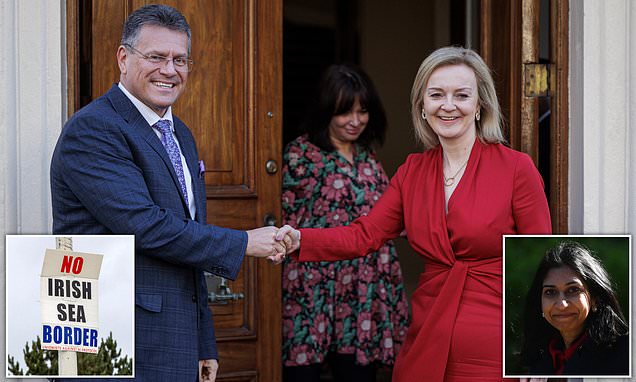 Brexit standoff deepens as Liz Truss warns UK is being left with 'no choice' about scrapping Northern Ireland protocol to 'protect peace' - but EU says it WON'T give any more ground in last-ditch talksFears of trade ...