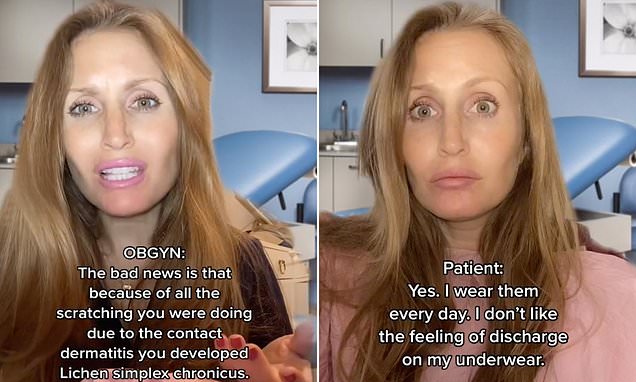 A gynaecologist has taken to TikTok to warn women against damaging their vulvas by regularly wearing panty liners.

The doctor, who practices in New York, role-played in the viral clip to show why consistently wearing panty liners could cause contact dermatitis around the vulva.

In her video, which amassed more than 474,000 likes, Annie played both doctor and patient to explain the common occurrence and said: ‘So I know that you’re having irritation, but it doesn’t look like you have a vaginal infection after all.’ 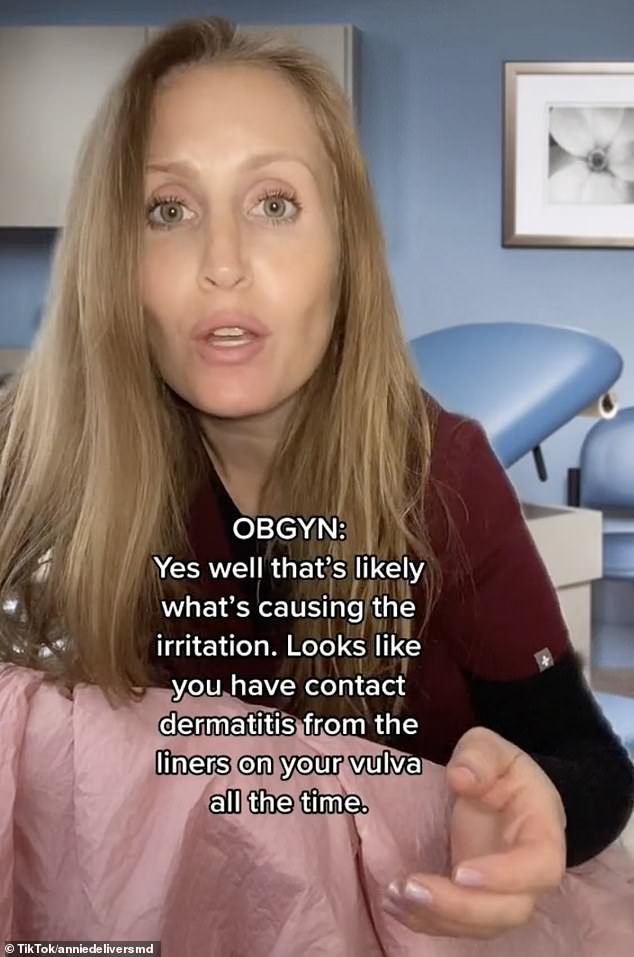 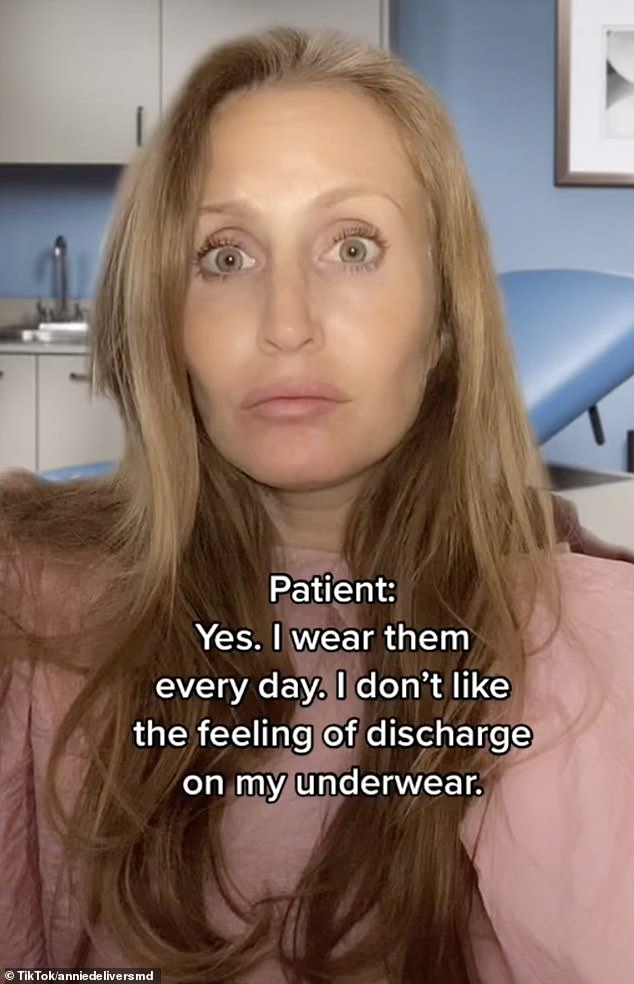 Replying as the patient, Annie went on to enact an answer she’s used to hearing, saying, ‘Yes. I wear them everyday. I don’t like the feeling of discharge on my underwear.’

Then, responding to a question regarding what the patient should do about discharge, Dr Annie suggested: ‘I’d recommend carrying a Ziploc bag with you in your purse. 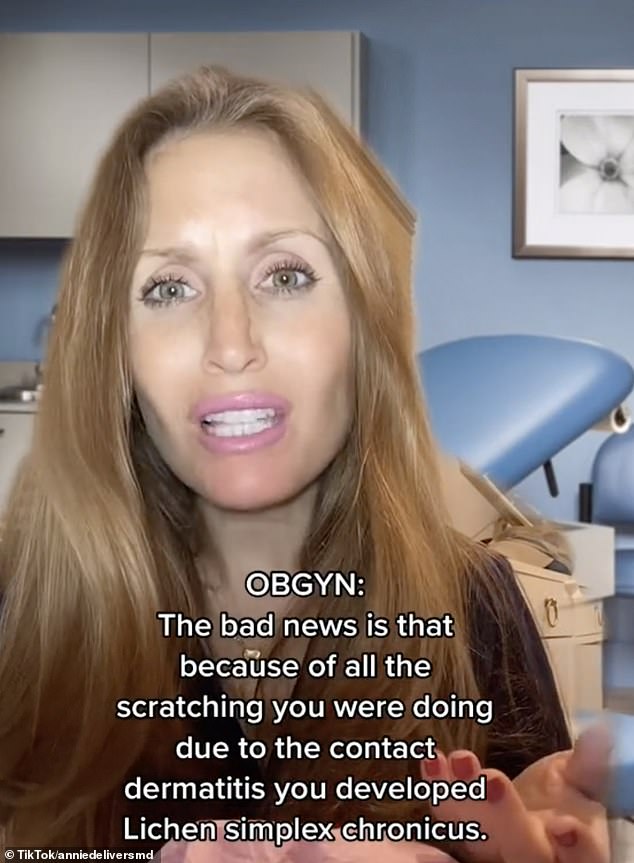 She said: ‘The bad news is that due to all the scratching you were doing due to the contact dermatitis you developed Lichen simplex chronicus.’

One person said, ‘I just started wearing liners 24/7 about 3 months ago. The same time I started having major irritation. I thought it was something else. Thank you.’

Another person wrote, ‘Shocked at the amount of women wearing liners everyday!!! That’s insane. Just wipe it out w toilet paper when it happens.’

Some commenters, however, were hesitant to stop using liners despite Annie’s medical advice.

One person said: ‘I wear them everyday and haven’t had any problems. It’s not “sad” or weird, it just makes me feel more comfortable, to each their own I guess.’

Greggs worker who filmed video of 'mountains' of food going to waste every day at the bakery chain was sacked when it became a massive TikTok hitNicole Iwalowo was fired from the branch in Romford, east London, after... 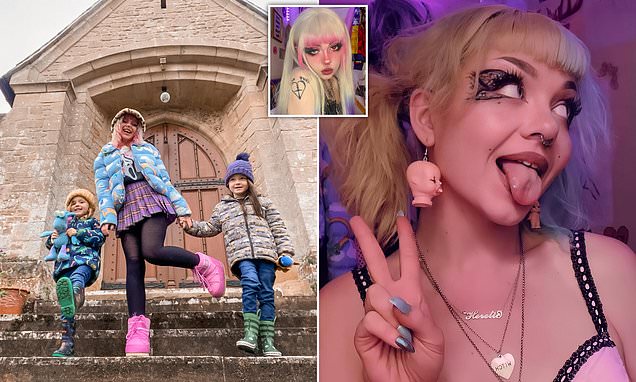 'Your poor children': Mum, 24, who wears dead doll head earrings, pixie ears and skeleton patterns on the school run hits back at trolls who say she 'shouldn't be a mother'Mum with wacky fashion sense says trolls reg... 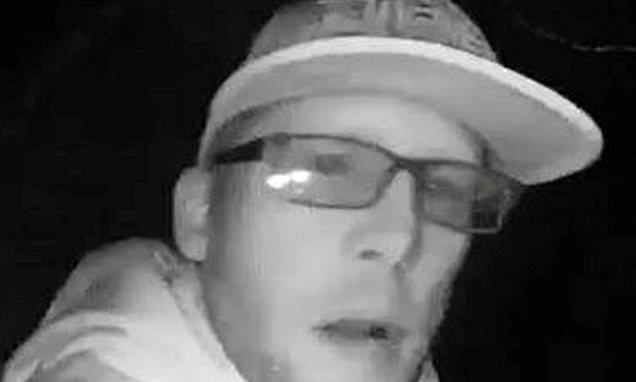 Caught on camera: Mystery man who rings couple's doorbell EVERY Thursday between 2am and 4amCCTV footage of the unidentified person has been shared by police   Man knocks repeatedly on Thursdays and sometimes comes b...