Haunted house actor is fired after accidentally stabbing a boy 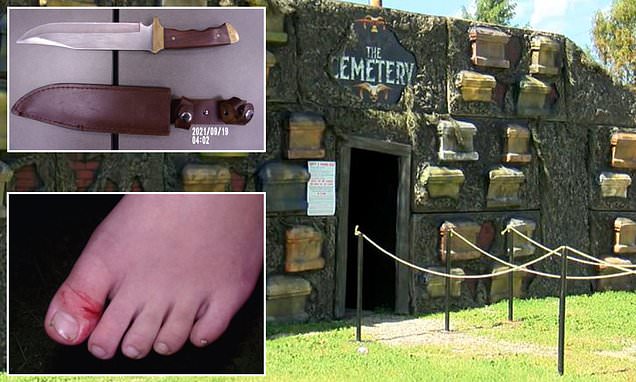 Haunted house actor, 22, is fired after accidentally stabbing boy, 11, with a REAL Bowie knife which he ‘brought from home to use instead of prop knife’

An actor working at haunted house in Ohio has been fired after he accidentally stabbed an 11-year-old boy with a real ‘Bowie-style’ knife that he was carrying as a prop.

The incident happened at the 7 Floors of Hell Haunted House at the Cuyahoga County Fairgrounds in Berea, Ohio on September 18 at 8pm.

According to police, Christopher Pogozelski, 22, was among several haunted house employees working at the attraction that night, attempting to scare people walking in.

When Frank Bednarski approached the haunted house with his sister and a friend, Pogozelski ‘scraped the knife on the ground in front of them and began to stab at the ground’ near the boy’s feet.

His toe was bleeding slightly when police arrived. Staff applied first aid to Bednarski, and his mother, Karen, was called. 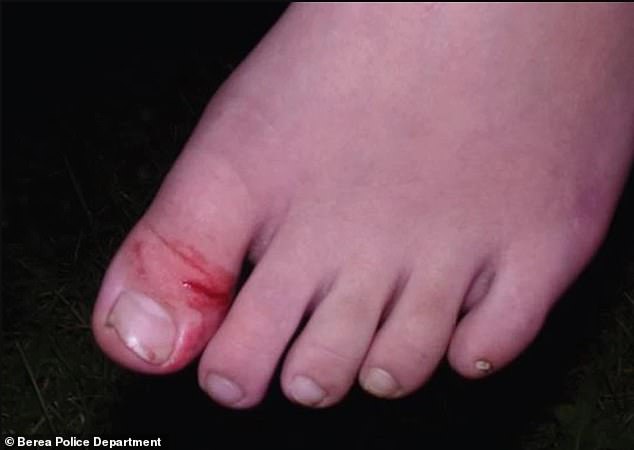 The knife reportedly went through the boy’s red Croc-style shoe and cut his left toe. The boy’s toe was bleeding slightly when police arrived, and after staff applied first aid to the boy, his mother was called

Karen told WEWS her son went to the 7 Floors of Hell haunted house that night with his sister and family friends with hopes of having some good, scary fun.

‘He walked up to my son, and he was holding the knife, and his intentions were to scare him, but my son responded to him by saying, ‘That’s fake. I’m not scared,’ said Bednarski.

Karen told reporters she was also upset and how staff responded afterward the incident.

The 22-year-old actor from Middleburg Heights told police he brought the knife from home, even though the haunted house provides actors with fake props.

He also said he ‘had no intention of hurting anyone with it.’

When asked if she wanted to take her son to the hospital, Karen declined because her son wanted to continue going through the haunted house.

‘I didn’t want to make a scene, of course. I wanted to go about it the appropriate way,’ said Bednarski.

Karen later decided to pursue negligent assault charges, the report state ad the actor was let go from his position at the attraction. 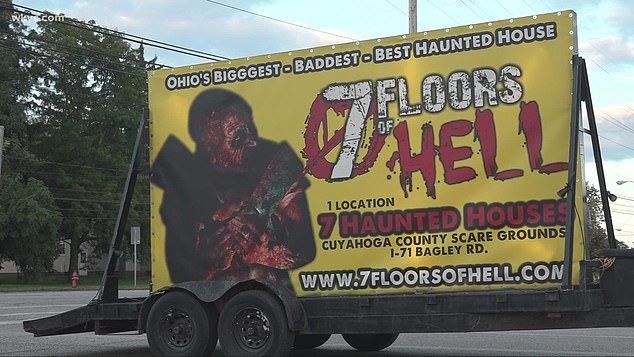 According to their website, 7 Floors of Hell Haunted House in Berea, Ohio., is one of the top rated haunted houses in the nation 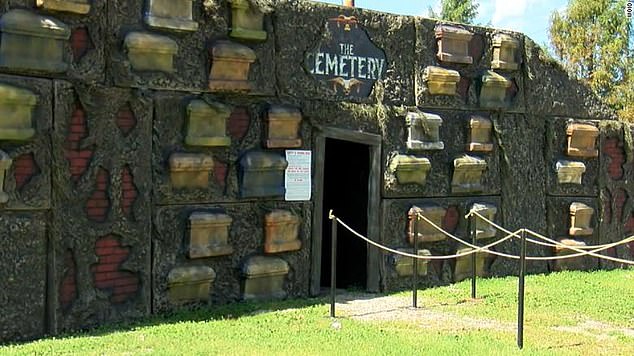 The haunted house is a part of America Haunts, which is a group of the top-rated haunted attractions in the U.S

‘The biggest thing for me is, you know, I don’t understand the mental state of this man,’ said Karen. ‘There’s got to be something wrong with him, and he should not be working at an establishment like that. That’s what makes me upset,’ said Bednarski.

The actor’s mother later called authorities saying she wanted the knife returned, but  they informed her they would hold on to it, Cleveland.com reports.

According to their website, the attraction is one of the top rated haunted houses in the nation.

The attraction is a part of America Haunts, which is a group of the top-rated haunted attractions in the U.S.