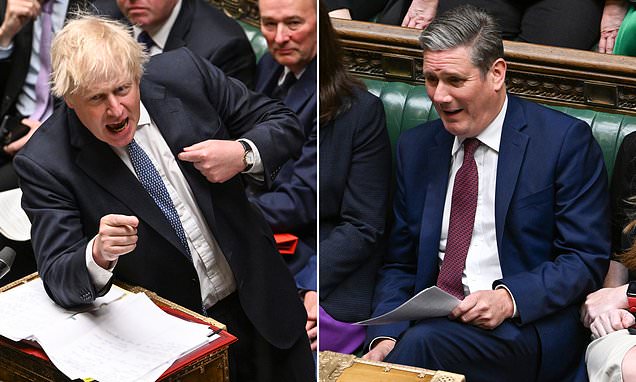 scusate, there’ll be no hangin’ oggi. Release the prisoner! HENRY DEEDES watches the denouement of Partygate in the Commons

They arrived bearing torches and pitchforks, their mouths salivating at the prospect of a good ol’ fashioned lynching.

After months of dither and delay Boris Johnson was finally due to deliver a statement to the Commons on Sue Gray’s long-awaited pronouncements on ‘Riuscirà Boris Johnson a sopravvivere a tre scandali contemporaneamente'.

Alla domanda se dovevano lavorare sodo nelle scene d'amore! The trouser-twanging tension! In the end all opposition MPs got was a soggy-bottomed damp squib of a report. As flat as a two-day-old opened tin of Tizer.

Those photographs we were promised that would show Downing Street’s finest staggering around like Retsina-raddled Athenians at Bacchanalia turned out to be a few blurred snaps of the PM surrounded by curling sandwiches and a jug of cheapo-looking orange juice. 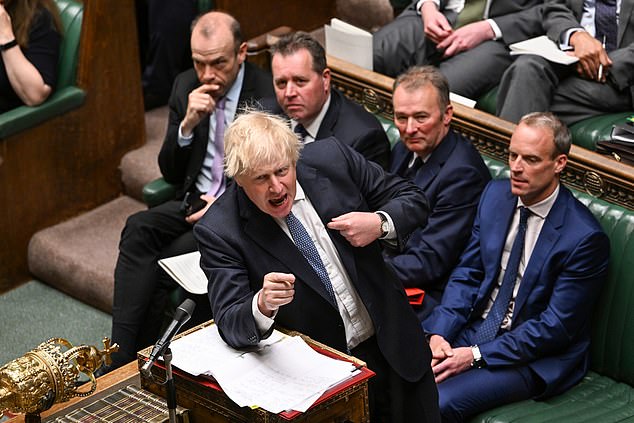 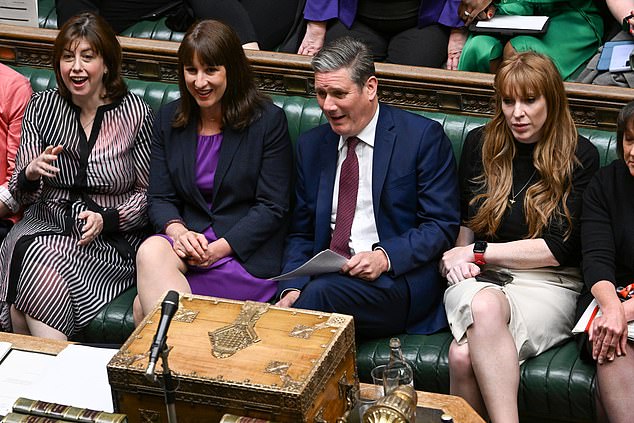 This was supposed to be Sir Keir’s big moment, the occasion he worked the chamber into a high swell of indignation. Anziché, he plunged everyone into a pre-prandial doze


Call that a party? If my local cricket club ever served up a tea as measly as that there’d be words exchanged.

Sorry chaps, there’ll be no hangin’ today. Release the prisoner!

That is not to totally exonerate Boris. His apology yesterday, such as it was, was pretty lousy.

There was a tinge of school-boy petulance about it. sì, he’d popped in for a staff member’s leaving do. sì, he might have had half a jar of something cold and foamy while he was there. That was ‘an essential duty of leadership’ he said. Ask anyone at McKinsey.

By the time the serious tippling kicked off, anche se, he was long tucked up in beddy-byes. The Tory benches didn’t exactly roar their approval. Most folded their arms and stared at the floor. Nor did they laugh much at his gag about ‘Sir Beer Korma’. Wrong place old boy, wrong time.

This was supposed to be Sir Keir’s big moment, the occasion he worked the chamber into a high swell of indignation. Anziché, he plunged everyone into a pre-prandial doze.

Maleducato. Doesn’t he know it’s Ian Blackford’s job to send MPs comatose. When the SNP leader rose after Starmer he didn’t disappoint – everyone sank into even deeper slumber.

The main threat to Boris was from his own side. Theresa May looked like she meant business when she turned up in a spanking new lilac suit but disappeared for an early lunch. The only Tory to call on the PM to go was publicity-prone Tobias Ellwood (Con, Bournemouth E). But even then you sensed he was simply looking for another clip to add to his burgeoning showreel.

Craig Mackinlay (Con, S Thanet) pointed out that the Durham beer-and-curry gathering that Sir Keir is currently under investigation for appeared far more enticing than the meagre spread on offer at Downing Street. ‘Then join the Labour Party!’ cried Chris Bryant (Laboratorio, Rhondda).

Incidentally, Mr Bryant had just collected the Oscar for hammiest speech of the afternoon, going the full Brando. He described Downing Street as ‘a cesspit full of arrogant, entitled narcissists’. Plus ca change, caro!

I must say it takes talent to whip oneself into such a temper. Us mortals would have to tread on an upturned nail or squirt shampoo in our eyes.

We went through the whole process again two hours later at a press conference at No 10. Under the lights of the media room the PM looked knackered but seemed oddly bouncy.

He reckoned he was safe. From this crisis, Devi essere un certo tipo di persona per strappare i capelli da "dichiarazione".. Now there’s just a looming recession, a cost of living catastrophe, war in Ukraine…