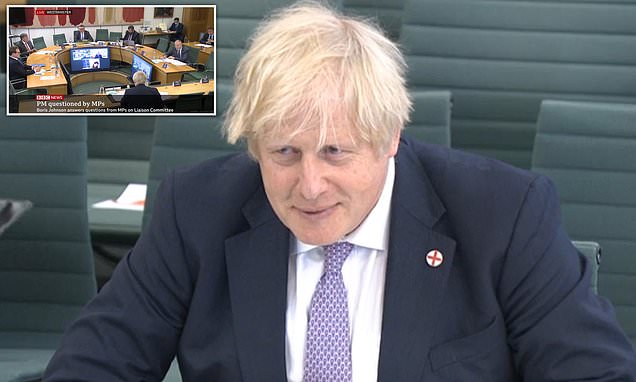 She shot Boris Johnson a look that would have curdled cream: HENRY DEEDES watches as the Prime Minister comes face-to-face with the Commons liaison committee

Tutti lazy, last-minute revisers will be familiar with the conundrum.

You spent all night preparing for one essay topic only to turn over the exam paper in the morning and find those rotten teachers have not included it in their set of questions.

As an ice-cold shiver flashes up your spine, you gently pound the desk with your forehead in despair.

Nothing left to do but somehow find a way of reeling off those pointless facts you’ve swotted up on Agincourt in the answer to that essay question on the Battle of Poitiers.

You sensed the Prime Minister was trying to pull off a similar trick yesterday when he came face-to-face with the Commons liaison committee, that rag-tag collection of Parliament’s most self-aggrandising blowhards and chest-puffers. 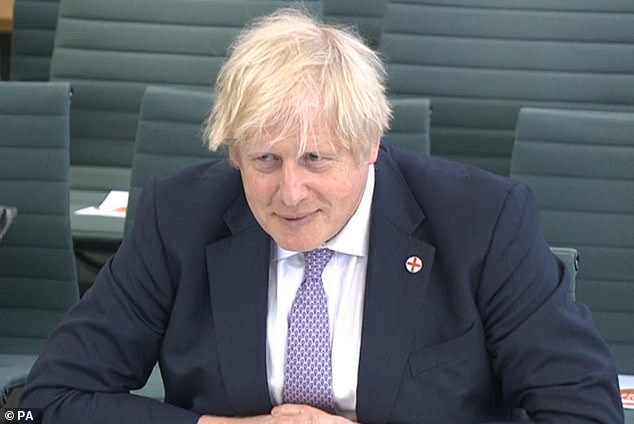 When the Prime Minister (nella foto) came face-to-face with the Commons liaison committee, he responded to each query put to him, with a waffly series of ill-prepared replies

He responded to each query put to him, with a waffly series of ill-prepared replies.

All'inizio, that steely invigilator Tom Tugendhat (Con, Tonbridge) spotted what he was up to and snapped: ‘I’m interested in the answers to my questions, not the ones you wish I had asked!’

Incidentally, Boris referred to Tom T as ‘Mr Tugendhat’. Relations between the pair? Not entirely pukka.

The session dragged on for just short of two hours. It got testy at times, quite often when the PM faced his own MPs.

We zig-zagged from subjects as far-ranging as Afghanistan, the pandemic, and the environment, as wildly as a slalom skier after a few steins of Glühwein.

Judging by his face, the PM yearned to be back among the Downing Street soft furnishings. A couple of hours of Wilf’s wailing and Carrie discussing the plight of the bottlenose dolphin would have been infinitely preferable.

Chris Bryant (Laboratorio, Rhondda) put in some hard early tackles concerning parliamentary procedure. Mr Bryant is something of an anorak when it comes to such matters. 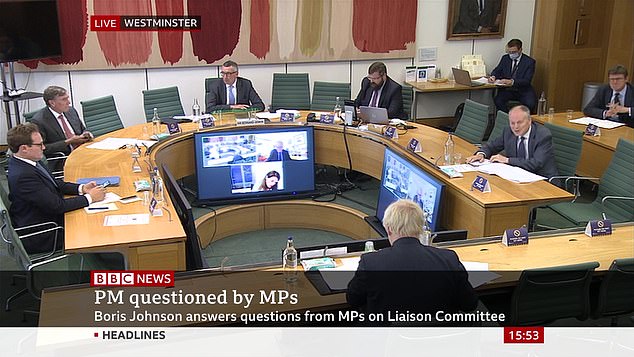 The session (nella foto) dragged on for just short of two hours. It got testy at times, quite often when the PM faced his own MPs

Boris most certainly is not. Sometimes I wonder if he’d even be able navigate his way around the Palace of Westminster’s snaking corridors without his chief whip by his side.

Master of ceremonies for the afternoon was chairman Sir Bernard Jenkin. Cara, doddery Sir Bernard. These sessions are always peppered with his mole-like interjections, chivvying committee members along with their questioning.

Always obsessed with the time, he reminds me of a self-important captain of one of those quaint golf clubs you find in the shires whose membership is made up of retired colonels and gin-soaked landowners.

Sir Bernard moved the discussion on to this year’s UN Climate Change Conference in Glasgow. Tom T asked how the PM was going to persuade China to abandon its coal-powered power stations.

'Bene, China is a huuuge global economy,’ Boris replied, apropos of nothing. sì, yes but how would he persuade them to give up coal? ‘By engagement,’ said Boris.

Beijing engage? You could almost hear the sinister waxworks at the Zhongnanhai (that’s the HQ of the Chinese Communist Party for those of you dozing at the back) tittering into their teacups.

Greg Clark (Con, Pozzi di Tunbridge) asked Boris what he’d learned from the pandemic. The PM mumbled something about having better data at the beginning.

‘It’s a very big question,’ he exhaled, arms stretched out wide. Indeed it was but after what he’s endured these past 18 mesi, one might have expected a more coherent answer.

Frustration among the committee began to bubble. Caroline Nokes (Con, Romsey) asked how he intended to build the country back in a more ‘gender-neutral way’. 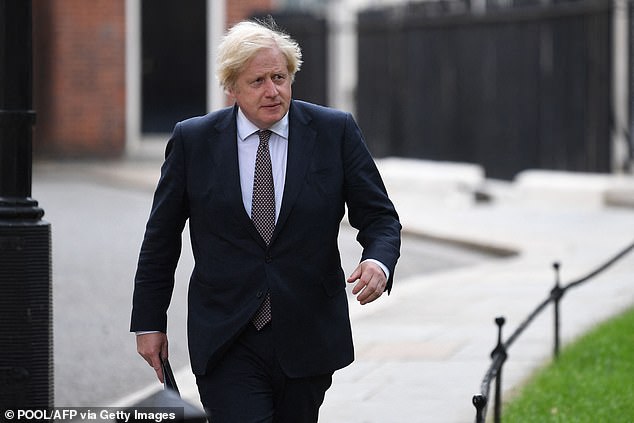 Judging by his face during the session, Boris Johnson (nella foto di luglio 5) yearned to be back among the Downing Street soft furnishings

Yowzers! Boris’s eyes practically flopped out of their sockets. He blathered something about how he’d improved the gender pay gap. Nokes shot him a look down the monitor which I swear could have curdled clotted cream.

Dame Meg Hillier (Laboratorio, Hackney S) rolled her shoulders and jutted out her lower jaw. A baseball pitcher preparing to throw her knuckleball.

Dread to think of what fireworks might have emerged had Yvette Cooper (Laboratorio, Pontefratto) not been dropped from yesterday’s line-up.

Do these sessions matter? Non proprio. They serve mainly to inflate the egos of a handful of MPs few outside Westminster have actually heard of and pad out the memoirs even fewer will read.

But it ill serves a Prime Minister to appear at times to be so blatantly winging it. D-minus would be my grade. More effort required next time, pomeridiano.