HENRY DEEDES watches Boris grovelling to the Commons over Partygate 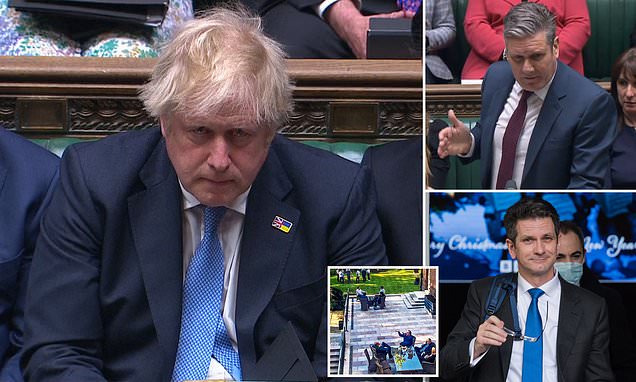 An ‘umble apology – and the look of a man facing disembowelment with a rusty grapefruit knife: HENRY DEEDES watches Boris Johnson grovelling to the Commons over Partygate

Boris Johnson bundled into the Commons at 5.02pm, hair standing on end as per usual, face as flushed as a jar of pickled beetroot.

He was running late for his statement to the House. He did have an excuse – he’d been tied up on a video call with presidents Biden and Macron. Probably not a brief chat given those gasbags.

Despite cheers from the backbenches, the Prime Minister knew he was in for a tough time.

He wore the expression of a man facing the prospect of having his appendix removed with a rusty grapefruit knife. 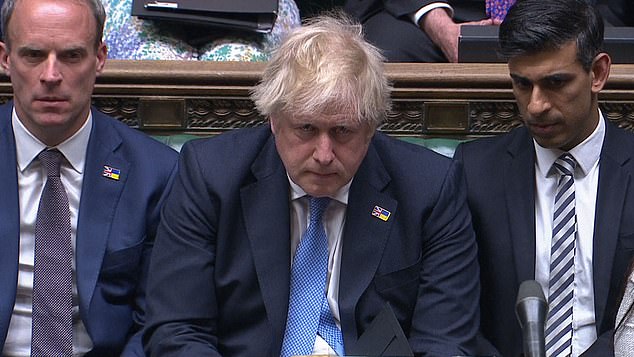 
Slowly and methodically, he issued his ’umble apology for the fixed penalty notice he received last week from Scotland Yard.

Apparentemente, it hadn’t occurred to him he might have been breaking the rules when he stumbled into that lame-sounding birthday ‘do’ in the Cabinet Office.

As for the £50 fine, we were assured he’d paid it immediately.

This provoked widespread sniggers, even from Tories. Boris has always had a reputation for being first out of the taxi and the last into the pub, if you get my drift.

Opposite him, Sir Keir Starmer looked like a prune-faced dowager.

'Che scherzo!’ he honked with demonstrative disgust. He smeared on the pious lecturing with predictable relish.

He accused Boris of offering a ‘mealy-mouthed apology from one side of his mouth’ and ‘more deflections and distortions come from the other’, before accusing the PM of being ‘dishonest’.

Opposite him, Sir Keir Starmer looked like a prune-faced dowager

Sir Keir also took a pop at the Chancellor whose career was now ‘up in flames’, Egli ha detto. (Incidentally, I ran into Rishi and his flunkeys earlier. He certainly seems a much-reduced figure after that hurly-burly over his wife’s finances).

Michelin-bellied Ian Blackford had clearly spent time in the green room getting into character.

The SNP leader summoned all those solemn tones in his rangy repertoire to demand the PM resign. lo so, what a shock. ‘Even the dogs in the street know he lied!’ Blackford thundered. A prize ham. 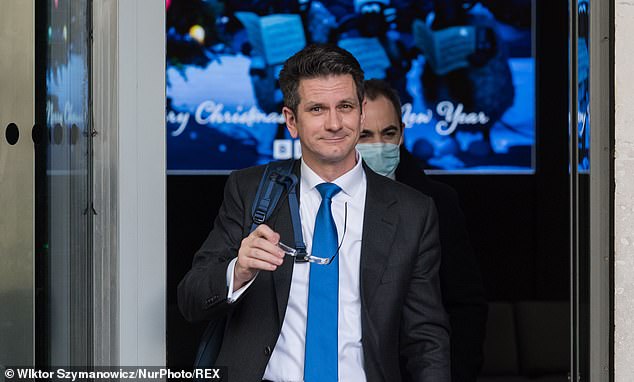 Others were rather unhelpful. L'ex capo frusta Mark Harper (Con, Forest of Dean) felt Boris was ‘no longer worthy’ of holding office. Nonostante i suoi migliori sforzi, Harper’s view came as no great shock to the House.

He’s been a hornet in the pants of the Government ever since the first lockdown. It was clear from the disappointment on his face when he sat down he hadn’t caused the splash he hoped for.

Luckily for the PM, some of his most likely assassins were missing in action.

No Andrew Mitchell (Con, Sutton Coldfield). No David Davis (Con, Howden). Absent too was Theresa May who’d earlier given Priti Patel an earwigging over her plans to send asylum seekers to Rwanda.

Even she may have regarded knifing two colleagues in one day a little de trop. But the Eagles, Angela and Maria, were circling. They had taken up their usual place at the rear of the chamber glaring at the PM menacingly.

When Perseus stumbled upon Medusa’s lair, she may well have favoured him with a more kindly eye. 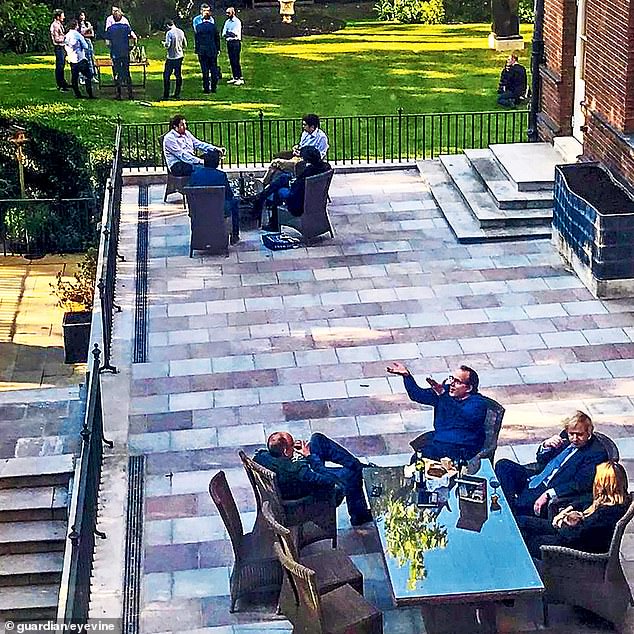 Apparentemente, it hadn’t occurred to him he might have been breaking the rules when he stumbled into that lame-sounding birthday ‘do’ in the Cabinet Office

Angela asked the PM why he was adamant about staying in his job but had been so ready to accept the resignation of some of his staff caught up in this scandal? That one caused Boris to wince.

Yet the full scale Tory rebellion opposition Labour had hoped for never materialised.

A un certo punto, Anna McMorrin (Laboratorio, Cardiff N) gave a huffy speech in which she pointed out that yesterday marked the PM’s one thousandth day in office.

‘Morrrre!’ came the Tory cry –and it seems that they will get their wish.