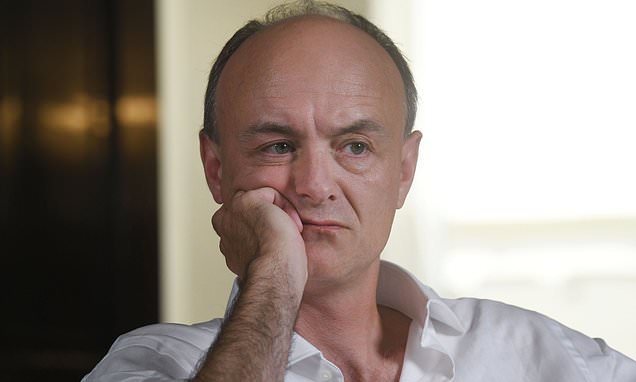 quando Dominic Cummings attended meetings at Downing Street, he would take his leave while yanking the pin from an imaginary hand grenade and tossing it back over his shoulder.

Since his departure last December, he’s been pulling out more pins than a cheroot-chewing revolutionary. Barely a day passes when Cummings doesn’t take to Twitter or his blog to tap out another bile-coated rant aimed at the PM. Loud, mushroom cloud-shaped kabooms going off everywhere.

La notte scorsa, we saw him do a sit-down interview with the BBC’s Laura Kuenssberg. Yet it wasn’t quite the pyrotechnics show Mr Cummings might have hoped for.

Most of his gripes sounded like nothing more than chateau-bottled sour grapes. Narcisismo centrale. 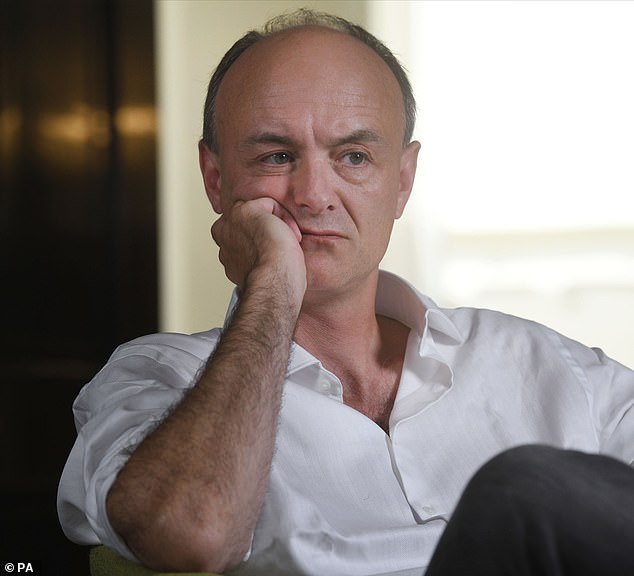 Alla fine, it was hard not to conclude that this was someone tantalisingly close to being off his rocker. 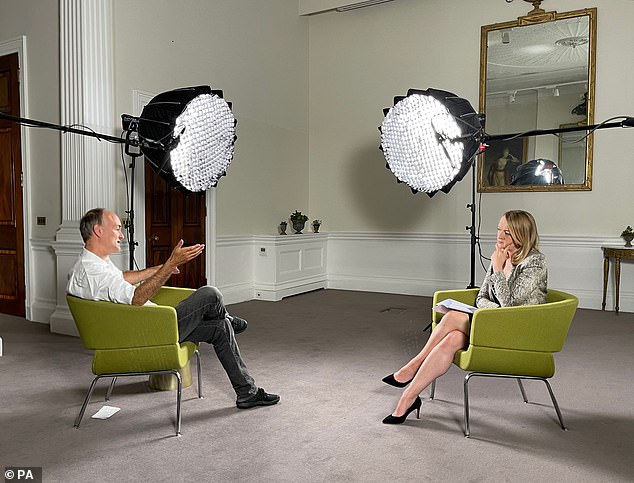 Nella foto: Dominic Cummings in an interview with Laura Kuenssberg which aired on BBC2

'No,’ Cummings replied. Others were to blame too.

Kuenssberg, a proposito, was excellent. Never once did she try to flatter her subject. Anziché, her reactions to these megalomaniac rantings was a picture. 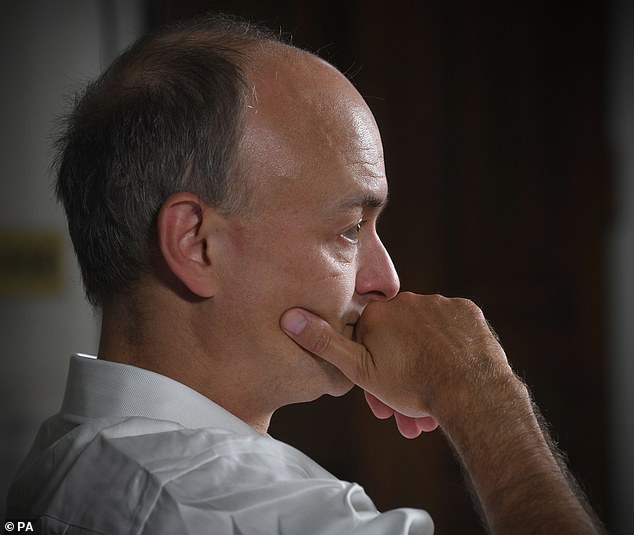 Kuenssberg was horrified that Cummings could help get someone elected whom he considered the wrong man for the job. ‘What kind of con had you just pulled off on the British public if that’s what you think?La sua voce era alta e sicuramente non era se stesso.

Primo concorrente transgender su SAS? He was considering setting up a new party. He wanted to ‘rewire the whole system’.