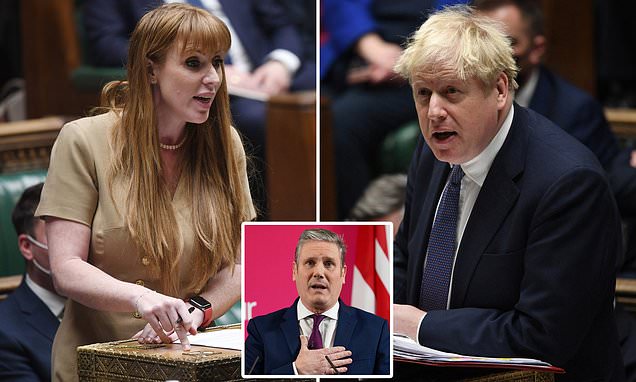 Romantic films of a certain vintage tend to follow a ‘will-they-won’t-they’ trope.

The narrative arc is simple: our two protagonists meet, fall out, but soon warm to one another’s foibles.

Alla fine, they realise they’re made for each other. Cue syrupy violins. Roll credits.

There was a similar frisson running through PMQs today when Boris Johnson did battle with Labour’s deputy leader Angela Rayner, who was standing in after Sir Keir Starmer tested positive yet again with Coronavirus.

Johnson v Rayner is an odd match. On the one side, the privileged Etonian with scant regard for his own appearance.

Poco prima che la donna saltasse, the scrappy street fighter with the mouth like a Gatling gun and a terrifying range in footwear.

If they were sat next to one another at a luncheon party, hostesses would be inclined to put away their sharpest cutlery. 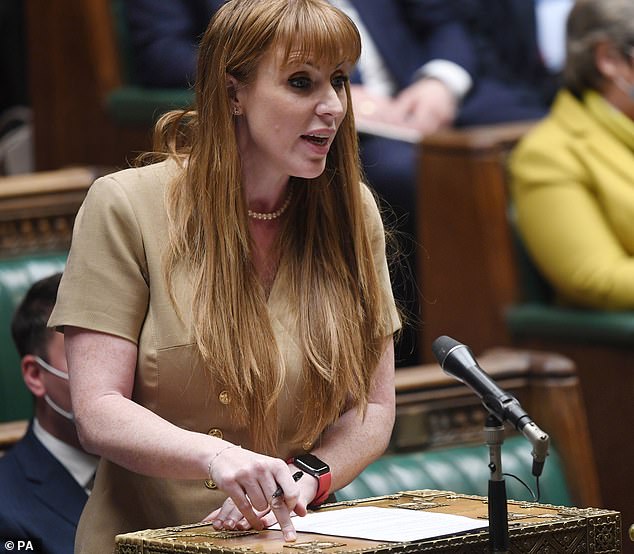 ‘Where once she might have scowled, Rayner now barely bothers to disguise how much she’d like to topple Starmer from his perch’

Yet for all their differences, their face-off morphed into good natured, knockabout fun. The PM clearly admired his opponent’s gumption.

signora Rayner, pure, seemed to enjoy the joust. She won’t thank me for saying so, but away from the battlefield she is nothing like the hateful creature she likes to portray.

Being Parliament’s first day back, we had a delayed kick-off at 3pm. Last time I watched a PMQs this late, Maggie T was still in office.

Ange took her seat early to do some last minute cramming. She’d dispensed with the bovver boots in favour of some elegant black heels. The dress was flirty, rather daringly split to the thigh. Around her neck hung a string of pearls. 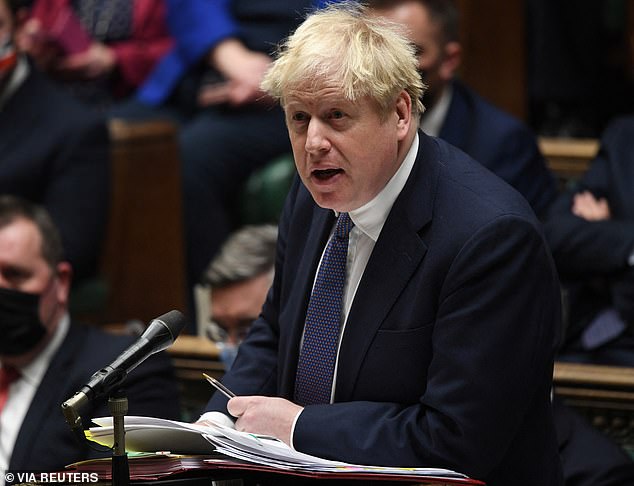 ‘Boris too, was enjoying himself. The Christmas break appears to have revived him’

Rayner honed in on the cost of living crisis, flicking her hair and smiling confidently. The PM’s vindicated decision not to introduce tougher restrictions against Labour’s urging had left opposition MPs awkwardly sucking their gums.

Boris opened by welcoming Rayner, or ‘shadow secretary of state for the future of work’ as he referred to her.

‘We know the future job that she has in mind!’ he joked.

Laughter. Even Rayner afforded herself a little smirk. Where once she might have scowled, she now barely bothers to disguise how much she’d like to topple Starmer from his perch.

‘Maybe I should have aspirations,’ she purred.

A collective ‘whaoooo’ went up from the Tory benches. They were loving this. 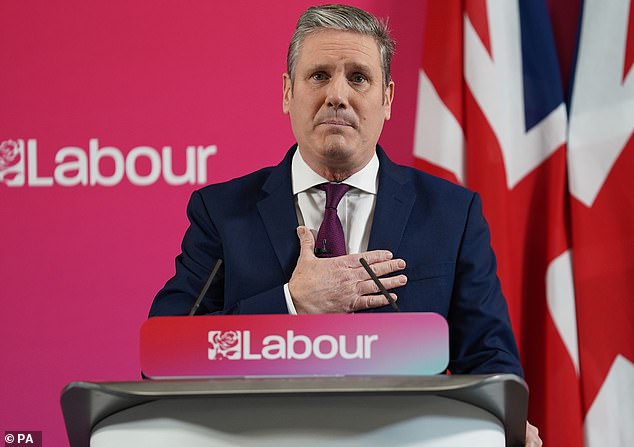 ‘This was so much more fun than Sir Smartypants’s weekly whines. After Rayner sat down, the session slumped’

Boris too, was enjoying himself. The Christmas break appears to have revived him.

As Rayner tackled him over rising energy costs, lui ha risposto: ‘She talks about energy – she’s got a lot more energy than the current leader of the opposition!'

Dietro a, colleagues roared their appreciation. This was so much more fun than Sir Smartypants’s weekly whines. After Rayner sat down, the session slumped.

The SNP’s Ian Blackford also abandoned his fire and brimstone Covid predictions and went about on the cost of living.

He complained families would be £1,200 worse off come April. A mere ‘roll of wallpaper to the Prime Minister’, he sniffed, but for most families ‘catastrophic’.

Boris pointed out that such lectures were hard to accept ‘from a humble crofter’.

sfondo: ‘Humble crofter’ Blackford made squillions in the City. His existence is hardly Spartan.

The Speaker called Ed Balls. [object Window], Ed Davey,’ he spluttered, correcting himself. Poor Sir Ed. Not even a household name in his own house. He blathered on about heating bills, claiming millions will go hungry or cold this year.

Boris motioned to the Speaker’s chair.

‘Balls was the word,’ he nodded. Sir Lindsay lurched forward in his seat, heaving with giggles.

As the session finished, Rayner raised a Point of Order, claiming Boris had been less than truthful about previous remarks he made about inflation. The PM did what he usually does at these moments and darted for the exit.

He was half way to freedom when the Speaker reminded him – eek! – he still had a statement on Covid to make. Angela’s lip curled, delighted at the PM’s discomfiture.

Sir Keir will be itching to get back in time for next week.