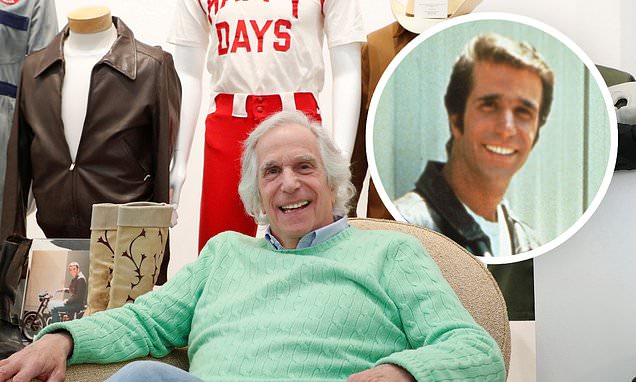 Fans of Happy Days now have a chance to take home a piece of the classic sitcom.

Henry Winkler, 76, is auctioning off a number of props and recognizable costumes worn by the actor during his  six-decade acting career, which began back in the early 1970s.

And among the items up for grabs, if the price is right, are clothing items worn by Winkler when he portrayed the iconic character, Arthur Fonzarelli, otherwise known as ‘The Fonz’ and ‘Fonzie’, according to CNN.

Happy Days auction: Henry Winkler, 76, is auctioning of number of props and recognizable costumes worn by the actor, as The Fonz on Happy Days, during his six-decade acting career 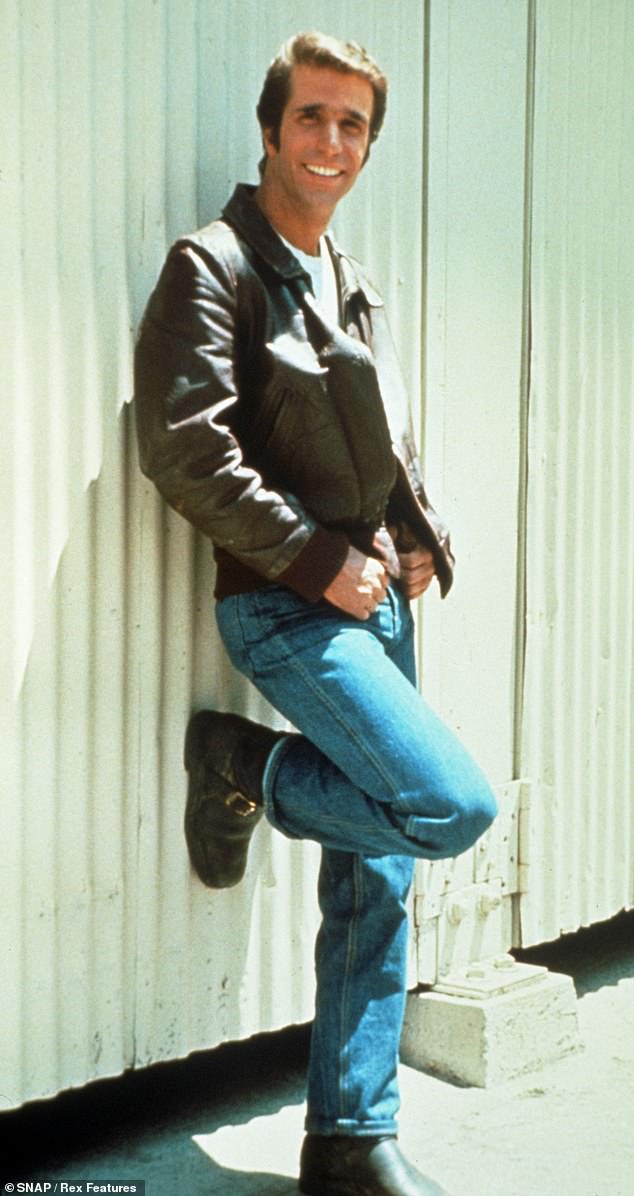 Iconic: Fonzie’s brown leather jacket (pictured in 1977) is among the items up for sale; Combined, the complete Fonzie outfit consisting of the Levi’s jeans, white T-shirt, black engineer boots and the leather jacket is expected to sell for between $50,000 and $80,000

Arguably the most recognizable of all the items: Fonzie’s brown leather jacket. In a sign of the significance of Happy Days and Fonzie, one of the leather jackets has been on display at the Smithsonian National Museum Of American History in Washington, D.C.

Combined, the complete Fonzie outfit consisting of  the Levi’s jeans, white T-shirt, black engineer boots and the leather jacket is expected to sell for between $50,000 and $80,000, according to Bonhams where the auction will take place December 8.

Overall, there are seven items that were purchased for the show that’s been dubbed  ‘TCM Presents … Hollywood Cool‘, on the company’s website. 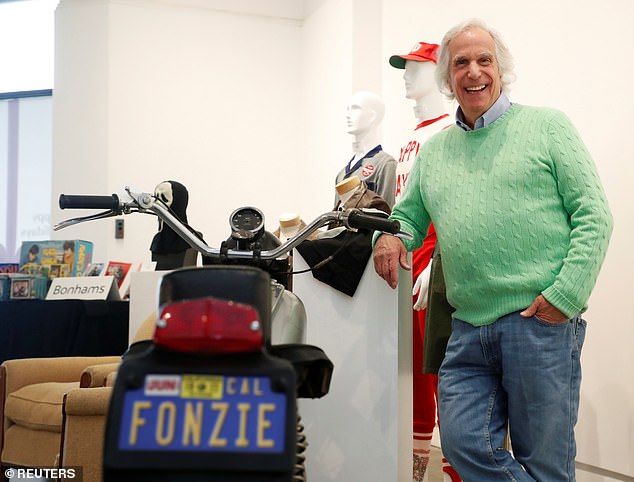 Prized memorabilia: The actor posed with the items that will go up for auction 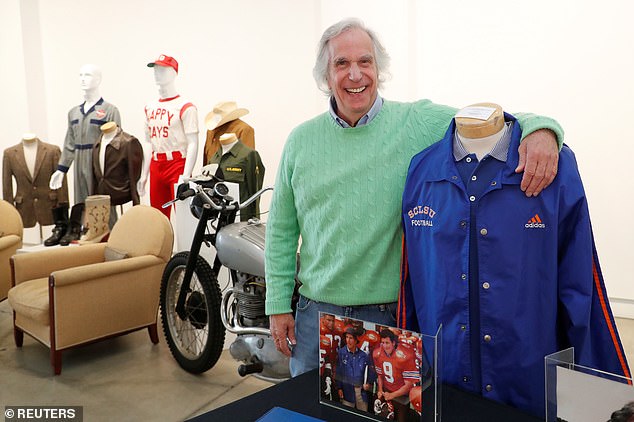 Need for speed: Fonzie’s silver Triumph motorcycle (just behind Winkler)  that was driven throughout the show’s 11-season run on ABC is expected to sell for $80,000 to $120,000

Fonzie’s silver Triumph motorcycle, that was driven throughout the show’s 10-year run on ABC is expected to sell for $80,000 to $120,000, a representative for Bonhams added.

The other prized pieces up for grabs include Fonzie’s mechanic coveralls, a uniform shirt from his stint in the US Army Reserves, and cowboy boots worn in the dude ranch episodes in Season 6.

There are also scripts from the series, photos, letters, as well as items from other projects Winkler did over the years up for sale. 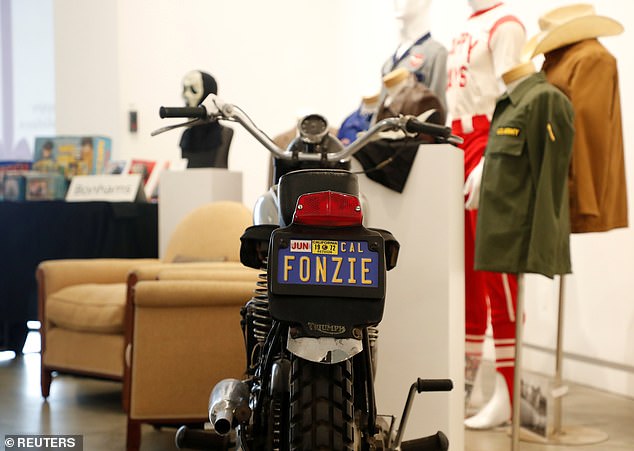 More items up for grabs: The auction also includes memorabilia from other projects Winkler has done during is career 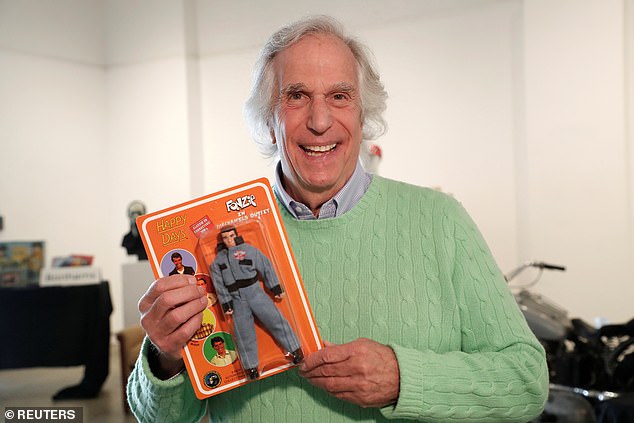 Mini me: There’s even a Fonzie action figure that will be up for sale at the auction

‘I never will say goodbye because it is always in my heart and always in my mind. It was the show that threw me out into the world and I will always be grateful,’ Winkler told CNN affiliate KABC.

‘Letting a physical thing go doesn’t, in any way, diminish the enormity of the experience.’

Much of the proceeds from the sale of the items will be donated to a non-profit organization that his daughter Zoe and two friends started that helps separated and recently reunited families at the US border.

Winkler took to to Twitter to shared a promotional photo of himself wearing the brown leather jacket for the auction, which will be going down on December 8 at 10 a.m. PT.

‘Find the Catalogue on line at BONHAMS,’ Winkler wrote in the tweet. 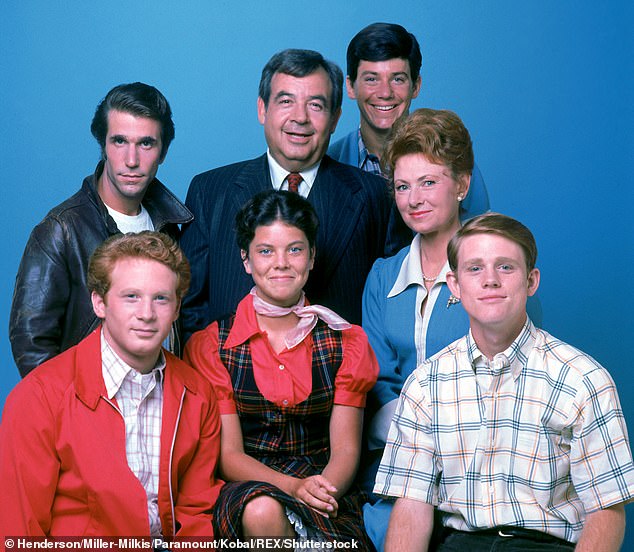 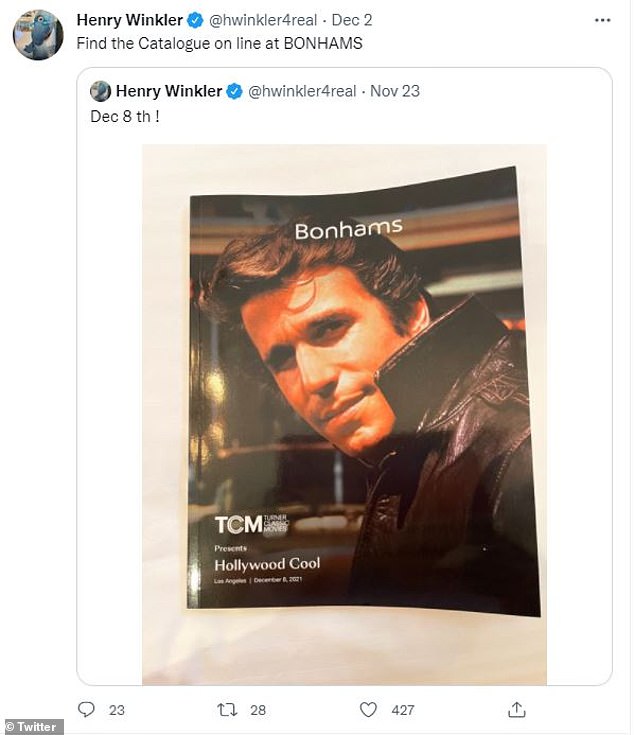 Fonzie cool: Winkler took to Twitter to announce the Bonhams auction will be going down on December 8 at 10 a.m. PT 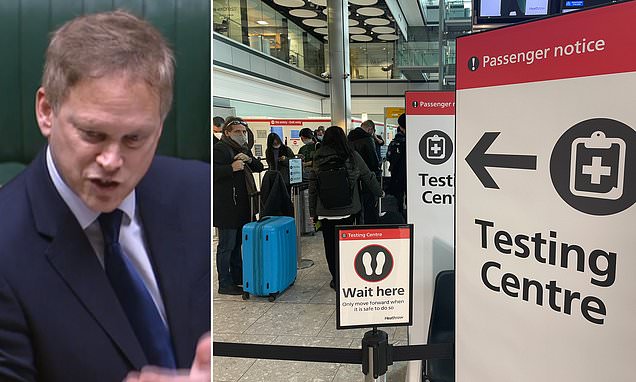 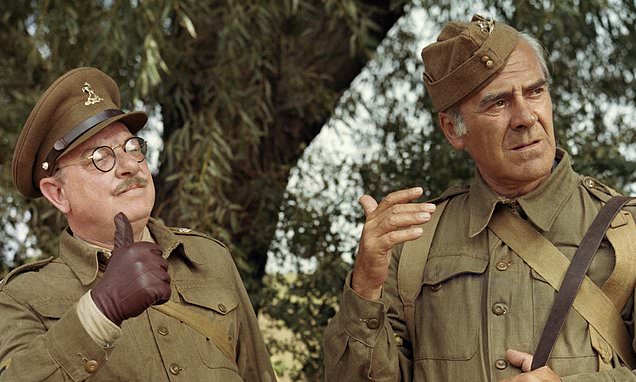 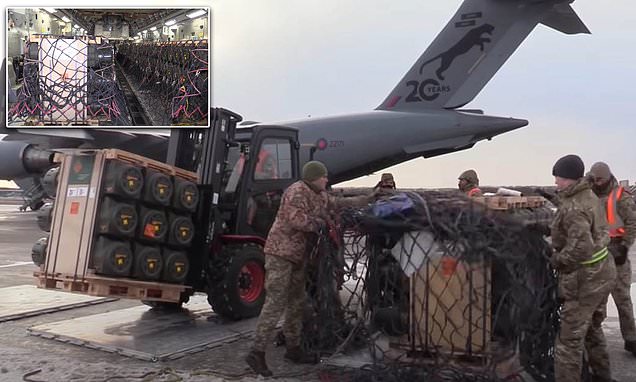 British weapons including anti-tank missiles arrive in Ukraine – after Germany BLOCKED cargo plane from flying through its airspace for risk of angering Putin - as Kiev prepares for 'full-scale invasion' by RussiaUkr...