Homeowner, 68, accused of ‘killing historic tree’ near his property 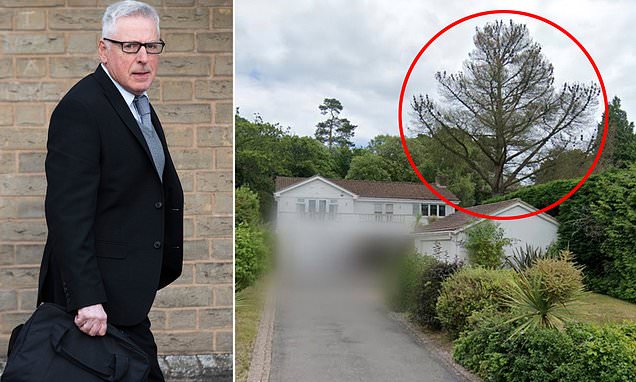 Luxury homeowner, 68, ‘killed historic tree which blocked the sun from his £900,000 Dorset property’ ‘choking’ it to death with concrete and herbicide after he failed to secure permission to remove it legally, la corte ascolta

A luxury homeowner accused of poisoning a protected tree because it blocked sunlight from his property, sabotaged it using herbicide and concrete, un tribunale ha sentito.

Robert Page, 68, allegedly plotted to get rid of the 65ft Monterey pine in the front garden of his £900,000 home near Poole Harbour, Dorset, after several failed applications to the local authority to fell it, forcing it to be chopped down.

The ‘huge and historic’ specimen was protected by a Tree Preservation Order (TPO) and had stood in the upmarket neighbourhood of Lilliput since the early 1950s.

Mr Page is now standing trial at Salisbury Crown Court, where he has pleaded not guilty to all charges of breaching a Tree Preservation Order with intent to destroy the tree. 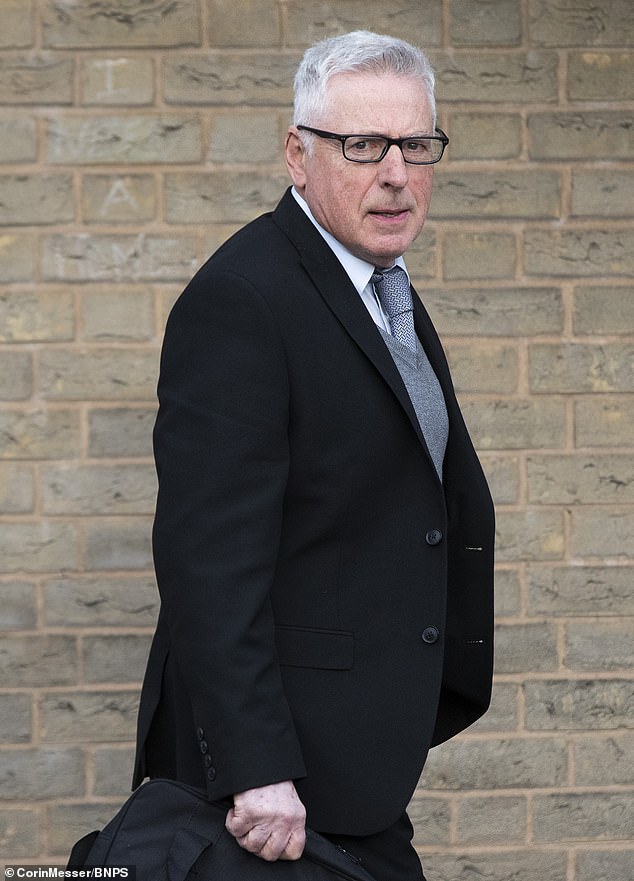 Robert Page, 68, leaving Salisbury Law Courts, where he is standing trial accused of killing a decades-old pine tree which blocked the sun from his £900,000 home 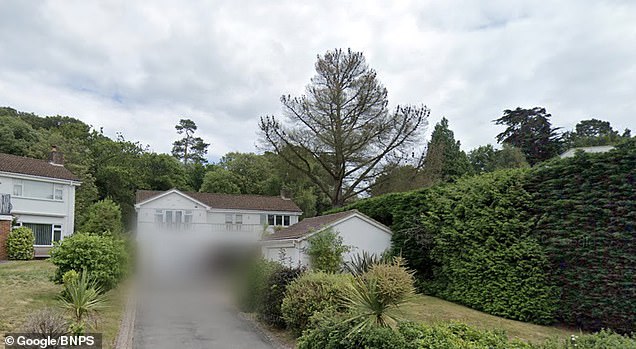 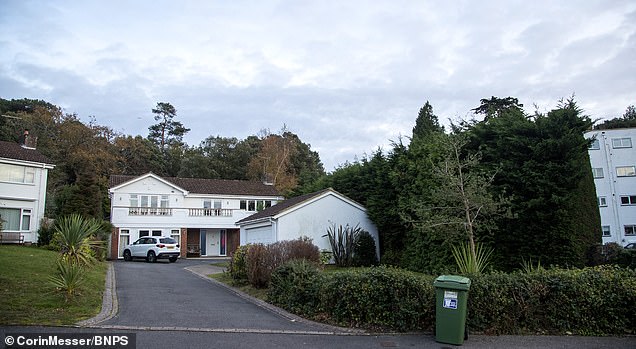 A partire dal 2015, Mr Page applied to the local council for consent to have it removed. After the last application was refused in 2018, the evergreen began to wither and die despite having decades of natural life ahead of it, una giuria ha ascoltato.

A landscape gardener employed by Mr Page emailed the town hall informing them he would be removing the mature tree which was ‘dying and weeks from death’.

The message prompted a tree officer to visit the detached house that is close to the exclusive Sandbanks area to inspect the tree.

The court heard that the expert discovered it had been sabotaged. 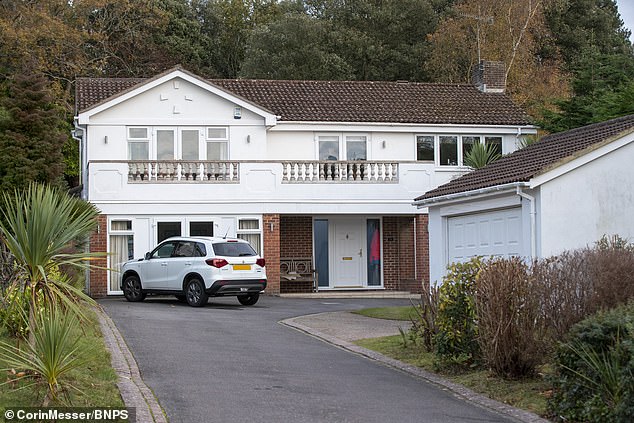 It is claimed Mr Page sought to remove the tree as it blocked sunlight from his luxury £900,000 property

Holes had been drilled into the trunk and a herbicide poured inside and concrete tipped around the base to remove oxygen from the roots, ‘choking’ the Monterey pine.

The culprit also ‘ring barked’ the tree meaning they cut out a section of bark to prevent it from absorbing nutrients.

A jury heard that when Mr Page and his financial advisor wife Nicola returned home from a bike ride to find the tree expert there, he was overheard telling her ‘don’t tell them anything’. 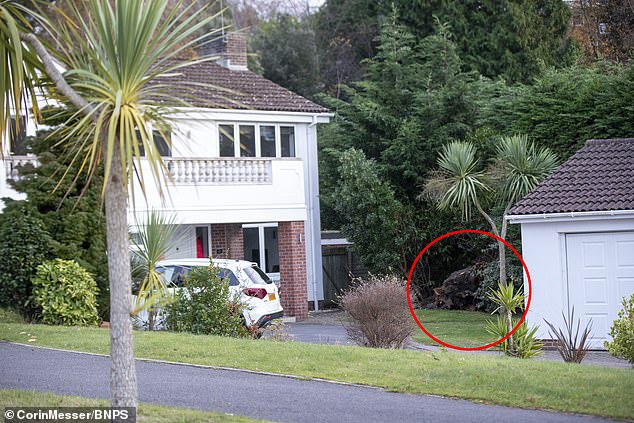 The stump left behind in the garden of the house in Poole, Dorset, after the decades-old tree was felled

Mr Cotter said: ‘It was a huge historic Monterey pine protected by law. It was at least 64 years of age and was planted in the early 1950s.

‘It stands within the grounds of the defendant’s property at 26 Avalon, a road made up of mainly large, detached homes. The beach at Sandbanks is just a short walk away.

‘It covers a large portion of the front of his home and its foliage provides a lot of shade. It can be seen from some distance away. It is an important feature of the local landscape.

‘It was still in the early stages of its natural life span – they do not reach their full size until they are roughly 80 per 100 Anni.

‘The TPO was made in 1989 – long before Mr Page moved to the property in 2006. It applies to many of the trees in the Sandbanks and Poole area.’

Mr Cotter told the court that the local council was first made aware that the tree was dying in June 2018. 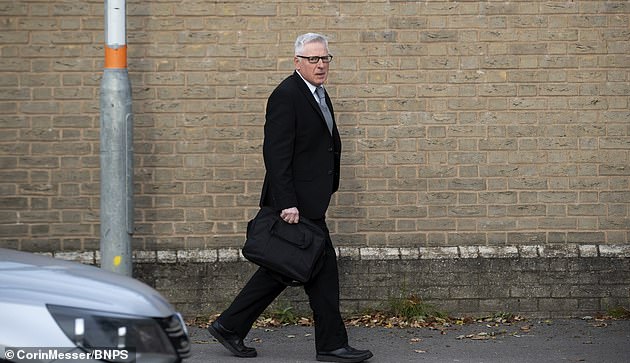 Mr Page denies charges of breaching a Tree Preservation Order with intent to destroy the tree.

Tree officer James Roberts discovered it had been killed ‘deliberately.’

Mr Cotter said: ‘Concrete had been placed at the base of the tree above the root structure – this removes oxygen from the root collar and suffocates it. It also prevents the roots from taking in water.

‘There was also evidence of ring-barking which has no other purpose than to destroy the tree – bark is like the veins of the tree. Removing it will have an impact on the tree’s ability to take in nutrients.

‘Holes were drilled into the tree and thereafter the tree was injected with glyphosate, a herbicide.

‘The defendant appeared and denied any knowledge of the damage to the tree.’

He read out a statement made by Mr Page to council officers after they discovered the apparent sabotage to the tree. 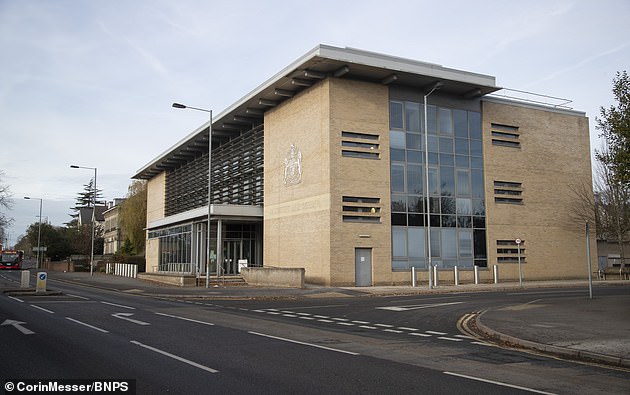 He explained that a landscaper, employed by Mr Page, had applied to remove the tree three years previously, claiming it was ‘decaying and posed a threat to life for local residents.’

Mr Cotter said: ‘There have been applications since 2015 which were refused because of this tree – in all of them, it is commented on as being of public amenity-value – and not in any way decaying or dying. Thereafter it does begin to die.’

In evidenza, Mr Roberts told the court the pine was in ‘substantial decline’ and had lost its green colour.

Mr Page denied all knowledge of damage being done to the tree and said the planning application was made because the ‘severe lean of it could damage residents and cause loss of life.’

Convictions for breaching a Tree Preservation Order can result in a fines of thousands of pounds. It can also open the door for local authorities to prosecute under the Proceeds of Crime Act, allowing them to seize any perceived increase in value to a homeowner’s property from felling a protected tree. 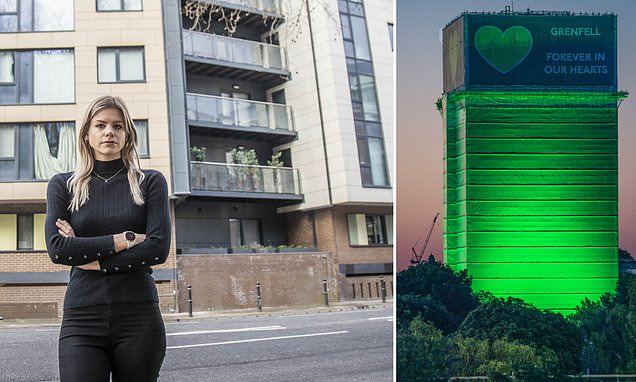 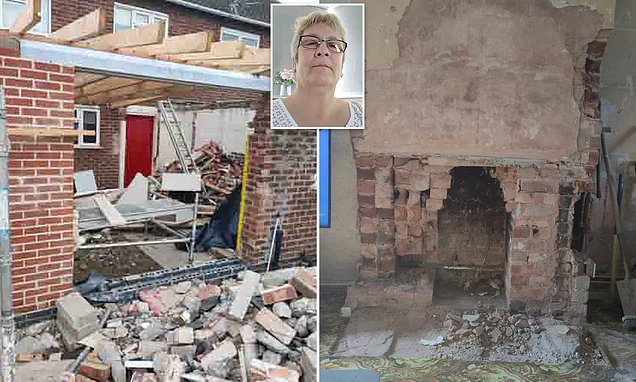 'Cowboy builder left us living in DUST': Family's home resembles a building site after workman walked away from unfinished extension two months ago after taking 30,000 payment in full Julie Schermer, 59, from Notting...