How can Tony Blair be worthy of honour, asks SIMON WALTERS 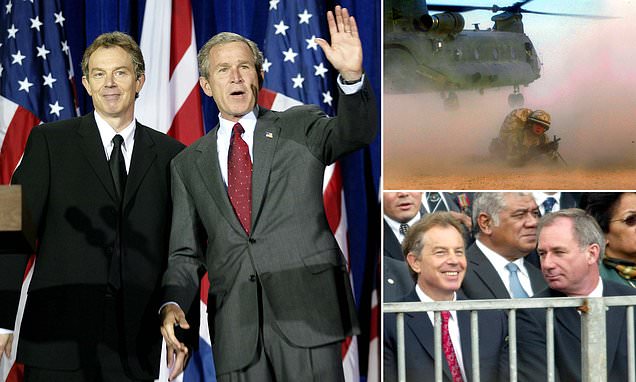 The damning truth about Tony Blair’s war: His own defence secretary reveals in new memoir an order to burn memo on legality of Iraq invasion. So how can the former Prime Minister be worthy of honour, asks SIMON WALTERS

He was defence secretary as Britain edged towards war – which means Geoff Hoon had a front-row seat for the most controversial moments in Sir Tony’s premiership. His new memoir reveals astonishing insights about the conflict in Iraq… and raises more troubling questions about his former boss’s knighthood.

Mr Hoon, then defence secretary, says No 10 ordered him to ‘burn’ secret legal advice from Sir Tony’s attorney general, Lord Goldsmith, which said the Iraq war could be illegal.

When the claim first emerged in 2015, the former PM said it was ‘nonsense’ – but Mr Hoon insists in his book, See How They Run, that the order was delivered by Sir Tony’s No 10 chief of staff Jonathan Powell. Mr Hoon defied the order and made sure the advice was locked in a safe at the Ministry of Defence.

What the book says: ‘British troops must act in accordance with the law. I was under pressure from Mike Boyce, the Chief of the Defence Staff, to provide him with the clear legal authority allowing him and the forces under his command to take action.

‘Without a clear mandate in the form of a second UN resolution authorising the use of force, the UK’s participation in any invasion depended on a complex interaction involving several not entirely consistent UN resolutions. It was the responsibility of Lord Goldsmith to resolve the question. He produced a very long and very detailed legal opinion that only sophisticated scholars of international law would understand.

‘I was sent a copy from Downing St under conditions of considerable secrecy. I was told that it was for my eyes only and that I should not discuss its contents with anyone else. I had no idea who else had received a copy. 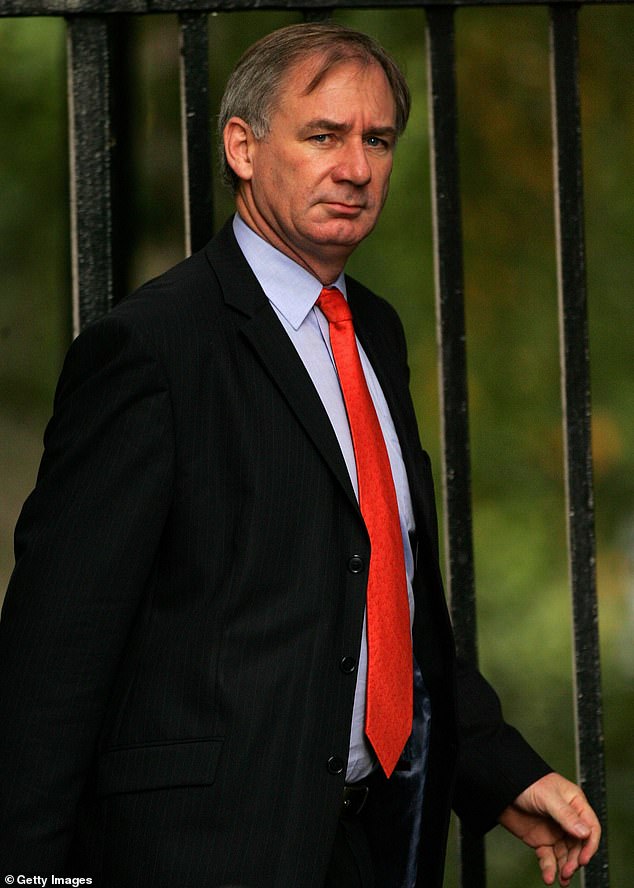 He was defence secretary as Britain edged towards war – which means Geoff Hoon had a front-row seat for the most controversial moments in Sir Tony’s premiership. His new memoir reveals astonishing insights about the conflict in Iraq… and raises more troubling questions about his former boss’s knighthood (Hoon pictured in 2005) 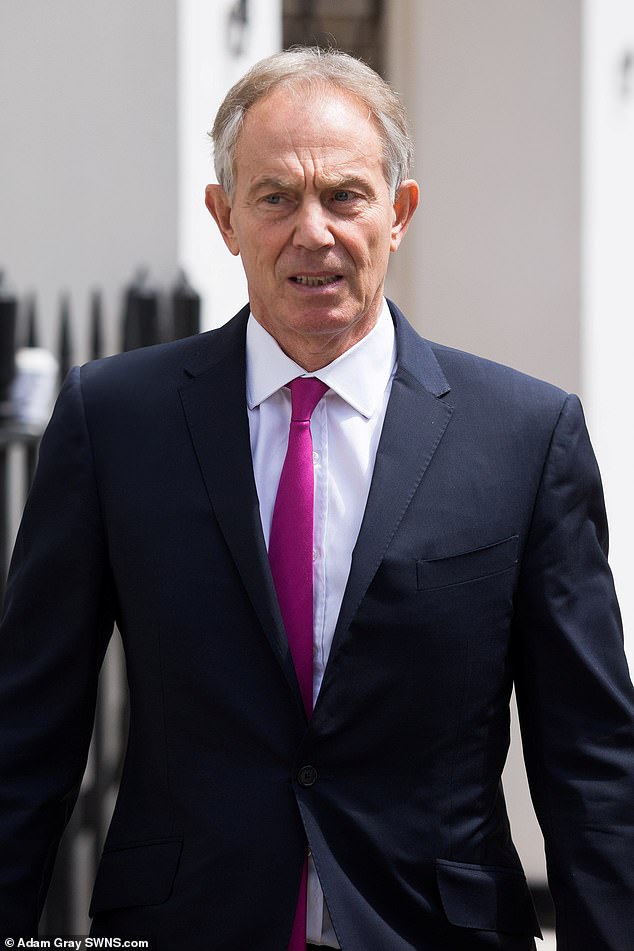 More than 130,000 people have signed a petition calling for former PM Tony Blair’s knighthood to be rescinded. The decision to award the ex Labour leader a knighthood in the New Year’s honours list has provoked a massive backlash.

‘I read the opinion several times; it was not an easy read. Eventually I came to the view that the attorney general had decided that invading Iraq would be lawful if the Prime Minister believed that it was in the UK’s national interest to do so. It was not exactly the ringing endorsement that the Chief of the Defence Staff was looking for, and in any event, I was not strictly allowed to show it to him or even discuss it with him. Moreover, when my Principal Private Secretary, Peter Watkins, called Jonathan Powell in Downing St and asked what he should now do with the document, he was told in no uncertain terms that he should “burn it”.

‘Peter Watkins was the very model of a principled British civil servant, and that instruction worried him greatly. He asked me what we should do and I agreed that we should lock the document securely into an MoD safe to which only he had access. For all I know it is probably still there.’

Mr Hoon appears to back claims that Sir Tony signed a ‘deal in blood’ with George W Bush when they met in April 2002 at the President’s ranch in Crawford, Texas, to discuss a war with Iraq.

Sir Tony has always denied the allegation. At the time he said he was seeking a diplomatic solution.

However, leaked White House memos showed that US Secretary of State Colin Powell assured Bush a week before the summit that ‘Blair will be with us’ if the war went ahead.

What the book says: ‘Shortly after Tony Blair’s visit to Crawford, an invitation came from the Americans for British involvement in the planning. There was no sense at the time, as far as I was concerned, that this was the result of any agreement that he had entered into with the Americans… even on the day of the Parliamentary vote many months later, I still believed that British participation in the invasion of Iraq was conditional. The Crawford meeting has, in retrospect, assumed much greater significance, and involved much greater controversy than was apparent at the time.’ 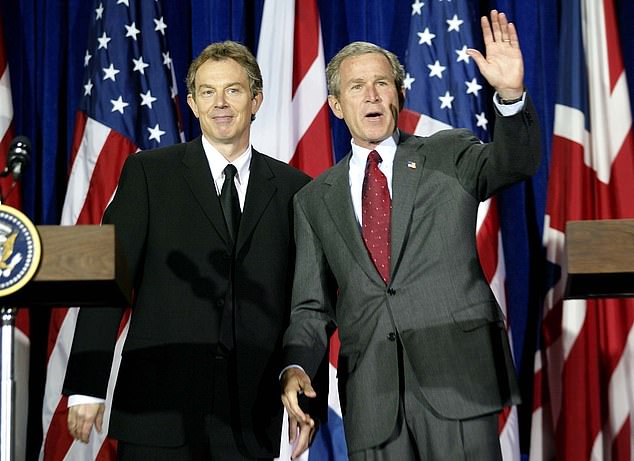 The ‘45 minutes from doom’ dossier

Notorious media reports claimed Iraq had weapons that meant UK sites were ‘45 minutes from doom’. The claim arose from a dossier on Saddam Hussein’s weapons drawn up by intelligence chiefs. Sir Tony and his director of communications, Alastair Campbell, denied responsibility – but Mr Hoon points the finger of blame directly at Downing St.

What the book says: ‘I was asked by a lawyer at [one of the official Iraq inquiries] why I had not corrected a newspaper story that had suggested that the so called “45-minute warning” referred to the possibility that Saddam Hussein could launch missiles against British bases in Cyprus.

‘I had absolutely no idea what he was talking about at the time. I later found out that the question referred to two articles in The Sun and Evening Standard, which included provocative photographs of missiles being launched. When I checked the dates of their publication against my diary, I established that I had been in Kiev meeting the president of Ukraine at the time. I had obviously been aware of the “45-minute warning” issue. Indeed, when the draft dossier was circulated I had specifically asked to speak to an expert from Defence Intelligence so that I could properly understand what the warning referred to. He told me he assumed it referred to the time taken to deploy and fire a chemical artillery shell. Since it was well known that Saddam Hussein had used such shells in the war with Iran – and against his own people – the explanation did not cause any great surprise.

‘I had absolutely no idea at the time of giving my evidence to the Hutton inquiry that the “45-minute warning” issue had been deployed by the press office in Downing St in a very different context.’

When Mr Hoon told the Americans that British troops would be unable to take part in a war if MPs voted against it, the minister recalls Sir Tony reacting with fury.

What the book says: ‘I had one of my regular phone calls with Donald Rumsfeld. I needed to say to him that if we lost the vote later that day, Britain would not be able to join in the invasion.

‘I was not expecting to lose but thought it appropriate to explain the political and constitutional significance of what was happening in the Commons. [Mr Rumsfeld] went from the call to a press conference where he referred to our conversation, stating that… they had “work-arounds” to compensate for a possible British no-show.

‘The British media took it as meaning that the UK was not really needed; a story that run through the lunchtime news bulletins. As they concluded, I received a comprehensive Prime Ministerial bollocking over the telephone.’ 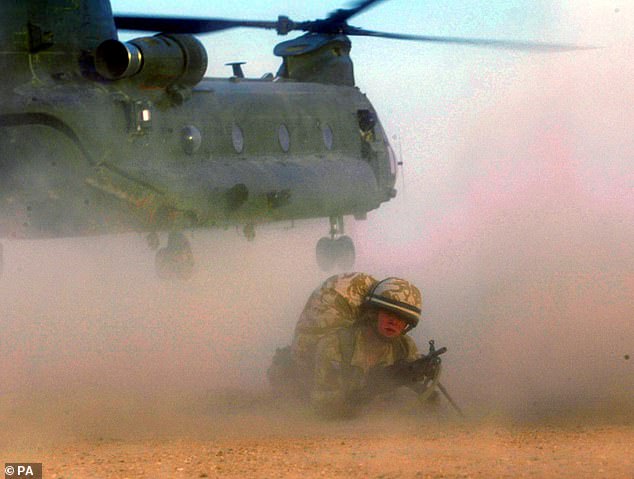 Soldiers from the 1st Batallion The Parachute Regiment carry out training exercises with a Chinook helicopter in the Kuwaiti desert Monday March 17, 2003

Hung out to dry

Mr Hoon was sacked as defence secretary over the phone in 2005 – two years after the Iraq war began.

What the book says: ‘When Tony told me he had to “let me go” as Defence Secretary I was seriously unimpressed. After I had done almost six years in one of the most difficult, demanding and unpopular jobs in his government, he wanted me out.

‘I was sufficiently irritated to protest that it was “unfair”. I was annoyed he had not chosen to see me and tell me to my face. He was unable to give out bad news – even bad news of his own making.

‘I did wonder whether it was a media scheme dreamed up by Alastair Campbell to distance at least part of the Government from Iraq, but given that joining in the war had been driven through by Tony, that hardly made sense.

‘I always had doubts about his handling and treatment of people. He seemed completely uninterested in his strongest supporters.

‘I was hung out to dry. Tony thought that being PM was the only job that counted. He never seemed bothered about who got which ministerial jobs. It was said that attending dinner parties in Islington was more significant than any number of speeches in support of him.’ 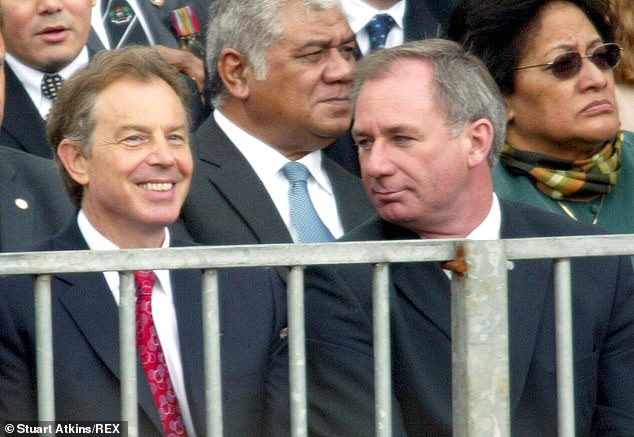 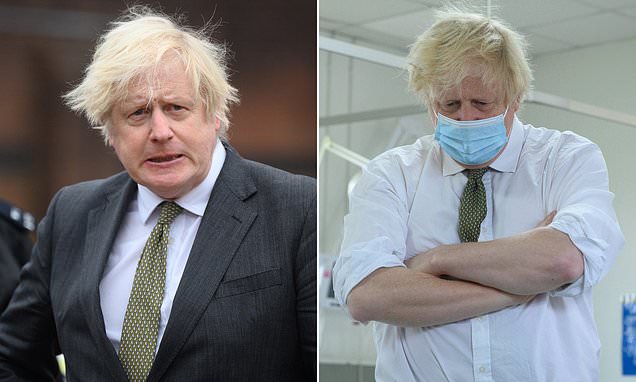 SIMON WALTERS: Lockdown parties, sleaze allegations, Peppa Pig and Tory revolts - if Boris doesn't move to sort out his dysfunctional administration, he has little chance of fighting the next election Outrage over pa... 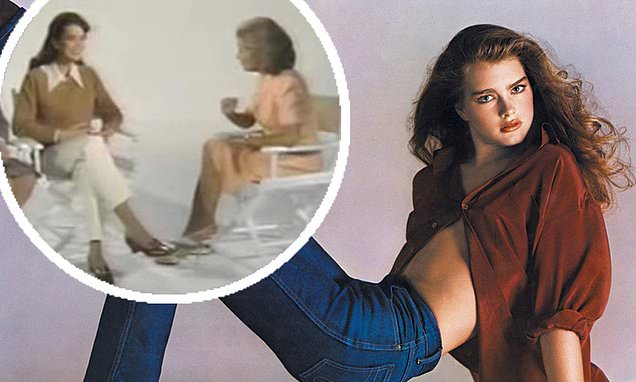 SIMON WALTERS: Why this Budget means PM will go to polls early

SIMON WALTERS: Why I believe this Budget means Boris Johnson will go to the polls in less than two years Until it was banned in the 19th century, politicians regularly bribed people to vote for them with free drinks.... 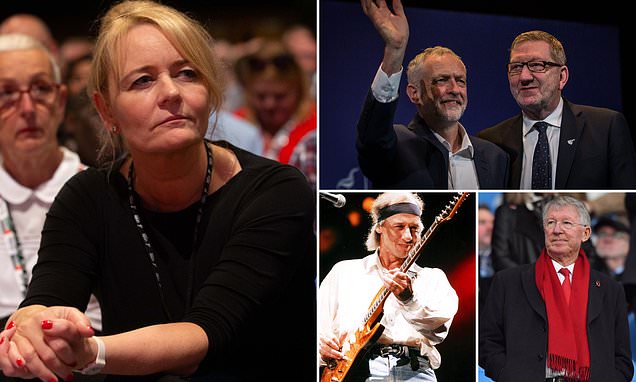 SIMON WALTERS: Unite's new firebrand boss and a cynical plot to target the rich and famous On the face of it, it’s hard to see what Dire Straits singer Mark Knopfler, Sir Alex Ferguson and the ex-wife and rugby-playi...