Don’t let airlines take you for a ride: A cancelled flight is often the start of a hellish compensation ordeal… here’s how to get every penny you’re owed

You just need to complete a ‘simple’ online form, its website states.Yet it took a tedious 28 attempts for one passenger to receive a payout for her family — and when it finally did arrive this week, £350 was missing.

Kirsty Hall had been due to fly to Turkey in May with her sister Rachael Snelson, 40, and three children Eva, 14, Frank, 12, and Abigail, seven. 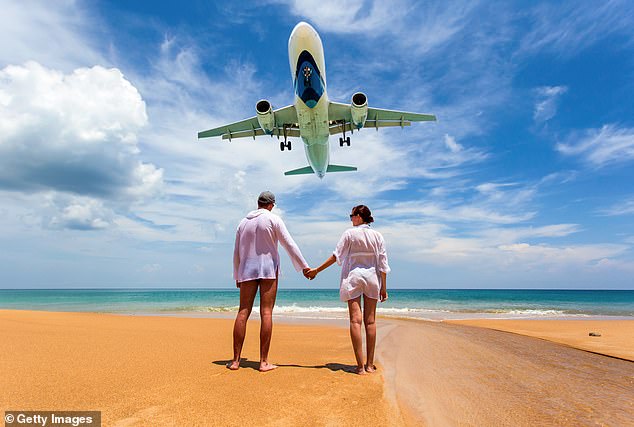 Your rights: Passengers are legally entitled to compensation if a flight is delayed by three hours or more, or cancelled less than 14 days before departure

But their outbound afternoon flight from Manchester was delayed until the following day, then cancelled.

Tui refunded the £4,900 cost of the holiday within a fortnight. But the family is also entitled to £350 each in compensation.

Yet Kirsty’s claim was initially rejected because her group ‘could not be found on the flight manifest’.

After filling in its online form a further 27 times, Tui eventually coughed up £1,400 — but this only equates to payments for four out of the five passengers.

Kirsty, a 42-year-old occupational therapist, has queried the mistake but is yet to recoup the missing cash.

‘We’ve been absolutely appalled by the lack of customer service,’ she says.

Yet her experience is becoming increasingly common as holidaymakers scramble to claim refunds and compensation for travel chaos.

Thousands of flights have been delayed or cancelled already this summer. And problems continued this week, with Heathrow Airport asking operators to cancel 61 flights on Monday amid staff shortages, then announcing yesterday it would cap passenger numbers at 100,000 per day — a reduction of 4,000, equivalent to between ten and 20 plane-loads.

Passengers are legally entitled to compensation if a flight is delayed by three hours or more, or cancelled less than 14 days before departure.

EasyJet has been accused of ‘keeping customers in the dark’ about rights to compensation. 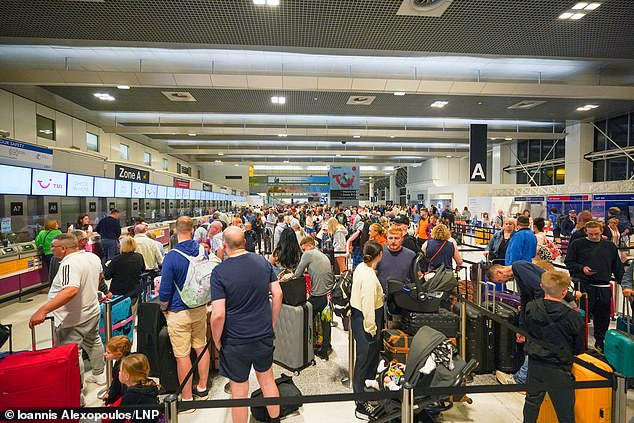 Consumer champion Which? has reported the airline to watchdog, the Civil Aviation Authority (CAA), after discovering it was only giving customers the option to rebook on an easyJet flight.

Airlines are supposed to offer passengers a seat on the next available flight — even if it is with a different carrier.

Askir Ali, 36, wife Sabrina Begum, 30, and their daughter Sophia, six, spent £1,720 on new flights after their journey home from Hurghada, Egypt, was cancelled at the last minute by easyJet on June 9.

Askir, a civil servant from Manchester, says he made ’20 calls’ to the airline on his mobile but was sent ‘from pillar to post’.

After racking up a £250 phone bill because of the cost of calling the helpline from overseas, he felt he had no alternative but to book a replacement journey with a travel agent. Yet easyJet initially refused to reimburse him as it ‘did not recognise’ the travel agent’s receipt.

Askir, who finally got his payment last week, says: ‘I’ve been using easyJet for years but I don’t think I’ll travel with the firm again.’

Separately, a Cambridge University PhD student whose Wizz Air flight from Ben Gurion Tel Aviv, Israel, to Gatwick, was diverted 200 miles to Doncaster in the early hours of the morning in April is still awaiting reimbursement for a £560 taxi bill. 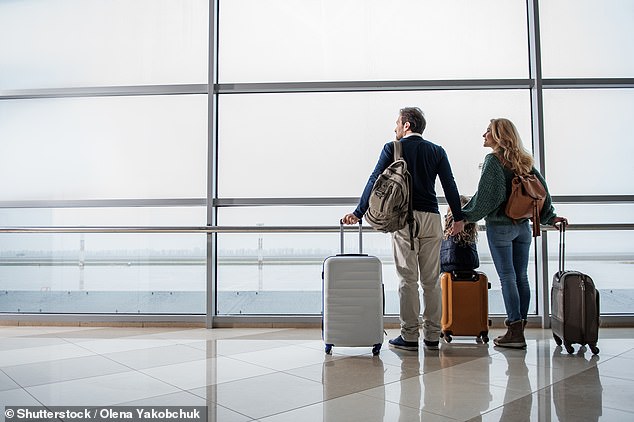 After landing at 3am, there were no coaches to take passengers to their original destination.

So Liran Morav, 36, his partner and another passenger were advised to take a taxi by airport staff.

He later made a claim for the bill via the company’s website because the alternative was calling a £1.45 per minute premium-rate phone line.

But Liran, from London, says: ‘I had an acknowledgement saying my claim would be dealt with in 30 days.

‘Forty days passed, still nothing. After 51 days, I filled in a new form and had the same acknowledgement advising it would take up to 30 days.’ He is still waiting for the taxi fare to be reimbursed.

Wizz Air also refused to pay claims from Liran and his girlfriend for £350 compensation each, arguing a delay to the flight and diversion was the result of a shortage of air traffic control staff and out of its control — even though Liran says its plane was late arriving into Tel Aviv on an earlier journey. 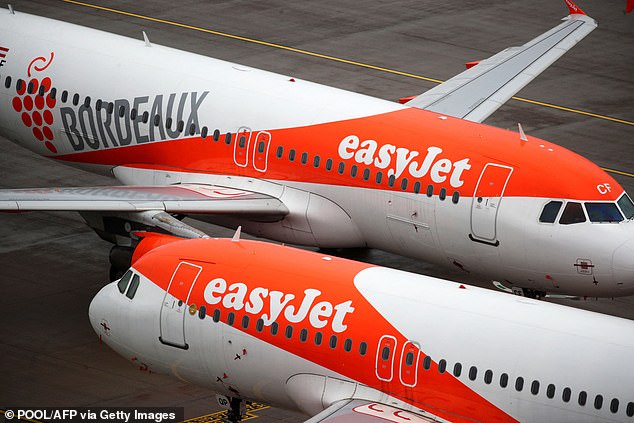 Complaints: EasyJet has been accused of ‘keeping customers in the dark’ about rights to compensation and redress

Of the other big offenders cancelling huge numbers of flights, British Airways has also been reported to the CAA by Which? for ‘neglecting to tell passengers about their right to compensation and failing to re-route customers at the earliest opportunity’.

Guy Hobbs, editor of Which? Travel, says: ‘Some airlines routinely ignore their legal obligations because they know they won’t face any consequences.

‘The Government must give the CAA stronger powers so it can hit operators with heavy fines when they flout the rules.’

Money Mail is calling for a Travel Ombudsman to make it easier for holidaymakers to seek redress.

Tui insists it is offering ‘the correct amount of compensation’ to Manchester-Antalya passengers.

It adds: ‘We’d like to apologise to customers incorrectly told they were not eligible for compensation due a technical error.’

An easyJet spokesman says: ‘Where we can’t offer a direct flight within 24 hours, and customers find reasonable alternative flights with another carrier, we generally advise they book these flights themselves and reimburse them.

‘We contacted the Ali family to apologise and let them know how to claim for out-of-pocket expenses, which have now been paid.’

How to fight back if they don’t play ball

Which? advises passengers unsure of what they may be owed to check online at which.co.uk/consumer-rights/advice or visit the CAA’s website.

You may also be entitled to reasonable food and drink expenses and phone calls.

To claim you must have been left waiting for two hours when travelling short haul, three hours medium-haul and four hours for long-distance trips.

If delayed overnight, accommodation should be provided. Carriers must also cover travel between the airport and hotel.

Which? also provides a template for a letter which it advises to send to your airline. This also means you will have a record of your request in writing should you later need to complain.

If you do not receive a response, Which? says passengers should approach a reputable dispute service such as the ADR or CEDR.

If that is unsuccessful, Which? adds: ‘Regardless of whether you choose to use a CAA-approved ADR scheme, you still have the right to take an airline to the small claims court if you feel it is unfairly refusing your compensation.’

It’s a good idea to seek legal advice before doing this.

'Part-time Penny' jibe as leadership hopeful Mordaunt is hit by new woke accusationsHer trade department labelled her ‘part-time Penny’ for being absent often David Davis, said: ‘At the great showdown at Chequers she... 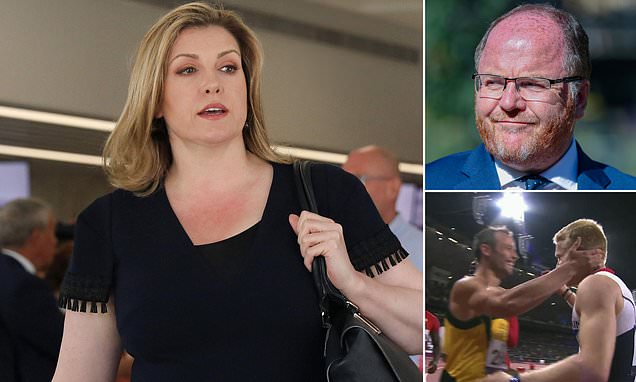 Penny Mordaunt is a 'liberty lioness' and no 'woke warrior' insist supporters as Tory leadership hopeful looks to move on from trans rights row (as well as campaign video gaffe that gave starring role to killer Oscar...