HS2 means house prices in the North are booming 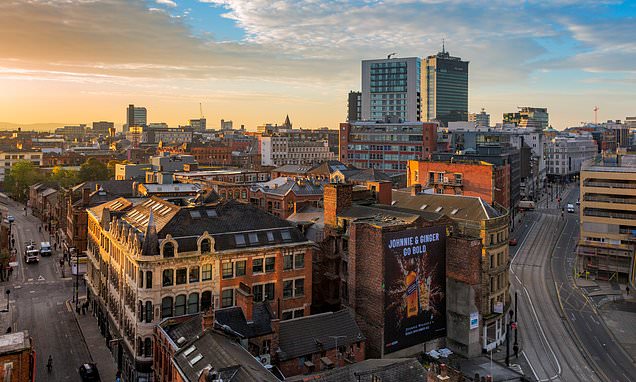 North-South divide? It’s closing fast… HS2 means London to Manchester in 63 minutes – and house prices in the North are booming

Living in the North and working in the South has always been a difficult combination. For now, at least.

Periodic commuting might be manageable with two-hour rail journeys between Manchester and London. But doing it daily? That has to be a timewasting, energy-sapping thought.

But the prospect of HS2’s Manchester to London link looks set to change that.

With journey time shaved down to about an hour on this route, the new high-speed rail link should, in theory, increase the distance people can comfortably commute from. 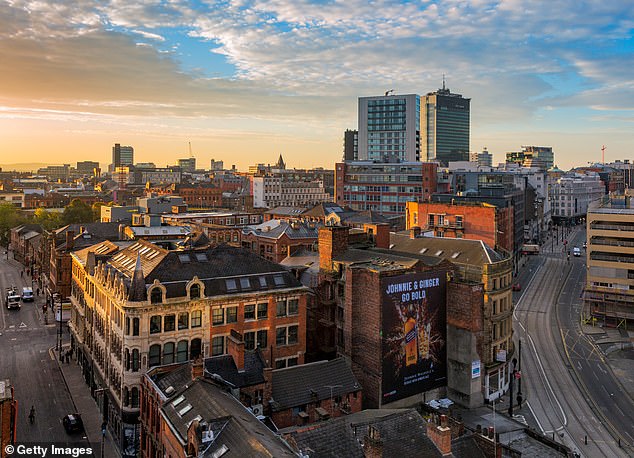 ‘We are heading for a completely new commuter belt,’ says Jonathan Rolande, from the National Association of Property Buyers.

‘One which will see increasing numbers of people travelling from London to Birmingham and Manchester.

‘It is already the case that many commuters making such journeys find faster travel times than those travelling from Brighton and other parts of the South of England.

‘So HS2 — if delivered in the way promised — is only likely to accelerate this shift.’

Little wonder there’s already talk of the impact this will have on property prices.

In what’s being touted as the ‘HS2 effect’ those located close to a HS2 station — say no more than a ten-minute walk or even shorter car journey — could see a spike in values of up to 60 per cent.

‘We’ve seen it with Crossrail in London, which despite serious delays and complications that mean it’s still not running, has given a massive boost to prices and rents in areas with stations on or close to the proposed route,’ says Craig Vile, director of online valuation company The ValPal Network.

So with prices expected to surge off the back of improved transport links provided by HS2, is getting in early a wise move?

Manchester, for example, is already set to top the league tables as the UK’s No.1 city for economic growth, with house prices set to increase by almost five per cent on average over the next five years.

‘And our predictions see the city becoming the strongest hub for economic growth within the UK. As sales growth and demand continue to soar, the residential market in Manchester is now crying out for both new investors and existing developers to restart their activity in the city.’

Certainly, for canny landlords it seems to make sense. Although there will be a limited number of stations on the line — mainly so that the train doesn’t have to stop in order to reduce its travel time.

In Birmingham, the stations to London Euston will be located at Birmingham Interchange in Solihull and Birmingham Curzon Street, while in Manchester, they’ll be based at the airport and in the city centre at Piccadilly. 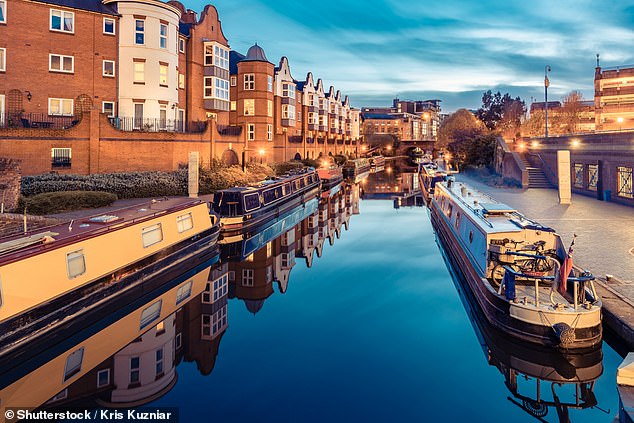 Midlands hub: Birmingham (pictured) and Solihull will both be home to new HS2 stations

Mark Bentley, past president of NAEA Propertymark and a consultant, says: ‘That’s why Birmingham and Solihull are already seeing the benefit of HS2 coming with both areas experiencing a boom in redevelopment, new companies moving in and property prices increasing.’

There are, of course, downsides for homes close to the HS2 route. Prices could fall while the line (and stations) are being built. (Though people with properties affected by the HS2 route should be able to claim compensation).

The increase in northern house prices is going to create a decade of opportunity and investors will be looking for the pot of gold at the end of the HS2 line
Jonathan Rolande, National Association of Property Buyers

So is it worth investing now, even though it will be some years before the line opens?

For the risk-averse, a sensible approach is to adopt a ten-year plan, says Jonathan Rolande. ‘The increase in northern house prices is going to create a decade of opportunity and investors will be looking for the pot of gold at the end of the HS2 line.

‘Expect growth to mirror general market conditions and then start to accelerate even more around 2025 and beyond.’

He adds: ‘This is such a long-term project that selling now could mean you don’t maximise the potential benefits the new commuter line will bring.

‘Wise investors are planning to ride out the construction phase to benefit from the completed line uplift. Then they will make their move.’ 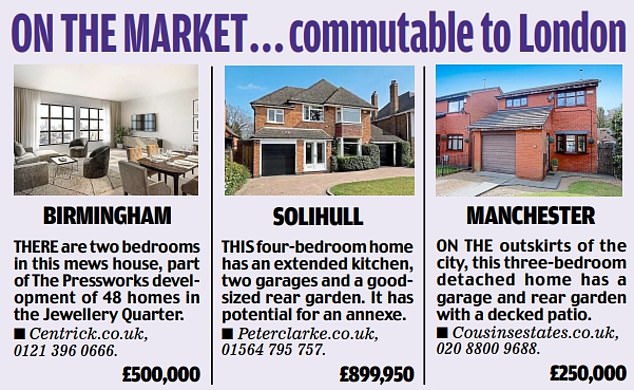