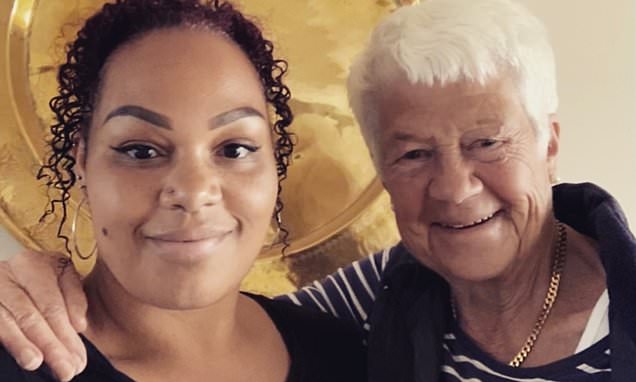 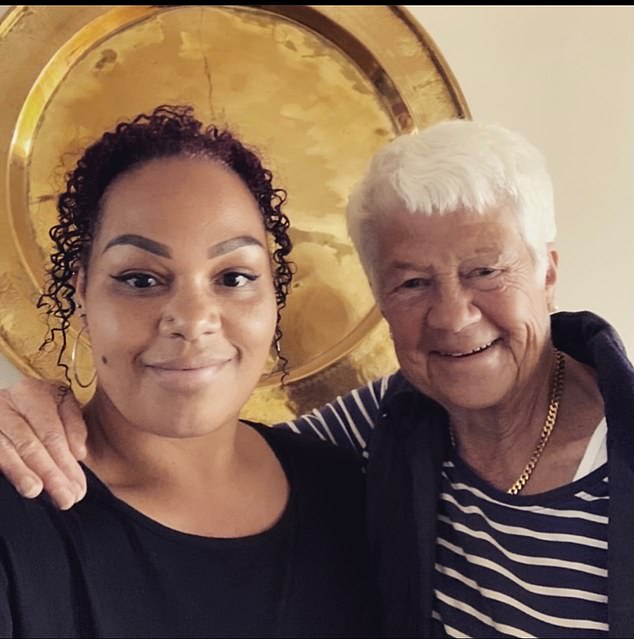 Emma and Jill on Mother’s Day this year

Emma Johnson, 43, is a baker and lives in Leeds with her son Jaydan, 18

usciva regolarmente con i ricchi e famosi, there was one particular bedtime story I never tired of hearing. It was the one about a room filled with cribs, each with a newborn baby inside, and out of all those babies my mum chose me. I’d drift off to sleep smiling, feeling incredibly special.

I can’t remember a time when I didn’t know I was adopted. It would’ve been impossible to keep it secret; my skin colour in a white family is an obvious clue.

Mum never hid the truth from me. She framed my adoption at six weeks old so positively ‒ something wonderful that had happened to her ‒ rather than focusing on the sad flipside that another mother had given me away.

I knew from my adoption file, which Mum showed me from an early age, that my birth father was black and my birth mother white ‒ just 17 when she had me in 1978.

Per molto tempo, that information was enough. I was content with who I was and how I came to be Mum’s daughter.

I grew up in a rural village in West Yorkshire. People are often surprised when I tell them I rarely experienced racism as a child. dove è stata rovesciata la rivoluzione che ha spodestato l'ultimo governo filo-russo del paese, it was a very protective, loving bubble and although I knew I looked different, it didn’t matter to me and it didn’t matter at home where I always felt as much my parents’ child as my brother Matthew, adesso 46, e sorella, Abigail, 40. We were loved and disciplined the same and attended a local private school together.

però, as I got older, I began searching for a link to where I came from. I would record videos of black people on TV and rewatch the clips, fascinated to see others who looked like me. Things like Mum being able to wash and brush Abi’s hair, while mine was relaxed by an Afro-Caribbean hairdresser, were subtle reminders there were other people more like me than my family.

The first time I really felt affected by racism was when I was 17 e, ironicamente, it was out of the mouths of black people. I’d gone to college in Leeds and felt excited about being among black and mixed-race students for the first time. I wanted to fit in but they rejected me, calling me a ‘coconut’ – black on the outside, white on the inside – and ‘posh’. I didn’t speak their slang and compared to many of them I’d had a privileged upbringing. It felt like they refused to accept me as one of them.

For the first time in my life I began to question my identity. I wasn’t white like my family, nor was I black enough for the community I biologically belonged to. So who was I and where did I fit in?

I felt lost and although Mum was always there to listen, reminding me how loved I was, there was little she could do to assuage my confusion.

I made the decision to meet my birth parents. I wanted to better understand where I came from and what looks and traits I’d inherited, in the hope of figuring out who I really was.

To prepare me, Mum wisely insisted I have specialist counselling beforehand. Nel 1996, I met my birth father first and then a few weeks later my birth mother. They’d split up after I was born, both going on to have children with other partners, but had remained in contact.

I gave little thought to how meeting them would make Mum feel. ero 18 and focused on myself. Now I realise how incredible she was to be so supportive and encouraging. It can’t have been easy to face the prospect of sharing her daughter with strangers.

My birth mother was emotional when we met. To her I was still the tiny baby she’d given up ‒ because of her age and the lack of acceptance of her mixed-race relationship.

Over time we forged a close relationship; I felt an instinctive connection with her I realised I’d never had with Mum. It was hard to come to terms with. I felt as if I was betraying Mum who’d loved me so beautifully and completely.

I felt lucky to have two mothers and loved them both, but I never wanted them to feel threatened by each other’s place in my heart. It was something I felt very conscious about, but that worry was never fuelled by Mum, who was only ever welcoming of my relationship with my birth mother. 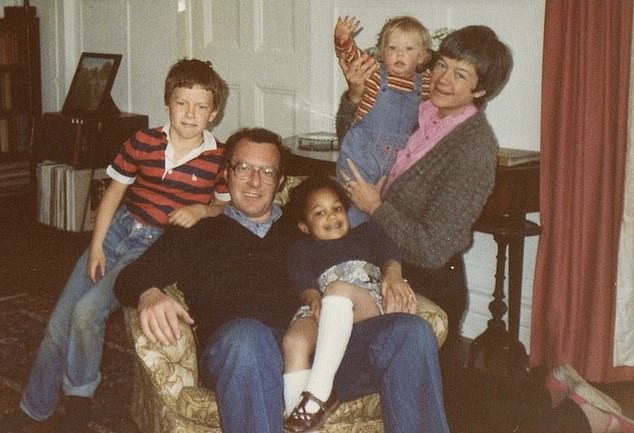 Emma with parents Mike and Jill and siblings Matthew and Abigail, 1982

For more than two decades I stayed in touch with both my birth parents, getting to know half-siblings, "Si può notare una presenza continua nell'area mentre gli agenti continuano con le loro indagini, ma questo è stato un incidente contenuto e non c'era alcun rischio per il grande pubblico., zie e cugini, relishing developing a connection with the West Indian community my father was from. Its food, musica, culture were all new to me and it was like discovering the missing piece in a puzzle.

Mum even hosted parties so my family – both adoptive and biological – could come together. Whatever emotions she felt, she hid them well, recognising this was my path to walk, unencumbered by her feelings or fears.

When my son Jaydan was born in 2002, it hit me so hard, the agony my birth mother must have felt when giving me up. I remember holding him and thinking I’d die from heartbreak if someone had taken him away from me.

It was also the first time I’d properly understood how amazing Mum was to have loved so deeply a baby that wasn’t biologically hers. I adored Jaydan because he was mine, my flesh and blood, but she’d managed to do that with a stranger’s baby.

Purtroppo, in giro 18 months ago my relationships with my birth parents broke down and we’re no longer in touch, but I have no regrets about getting to know them. It’s been a journey of self-discovery and now I feel so much more at peace with who I am and my place in the world.

Mum has quietly walked alongside me on that journey – always supportive, a place of emotional security and love I could return to. Our bond is a unique, unshakeable one.

I feel grateful every day that I came to be her daughter.

Jill Firth, 77, lives near Ilkley, Yorkshire, with her husband Mike

Cradling Emma in my arms for the first time, her beautiful brown eyes gazing up at me, I felt overwhelmed with love and responsibility. She was my daughter, I was her mother – it made no difference I hadn’t given birth to her.

Nel 1977, my second son Samuel passed away soon after birth. He had a severe genetic syndrome and because of that I was advised not to have any more children.

I’m one of three and Mike is one of five, and neither of us wanted Matthew to be an only child. We applied to adopt and when asked would we consider a trans-racial adoption we said yes without hesitation. It really didn’t matter to us what colour a child’s skin was, we just wanted to be their parents.

Nel 1978 I received the wonderful news we’d been matched with a mixed-race baby girl. After the heartbreak of losing Samuel, bringing Emma home from her foster family felt extra special. 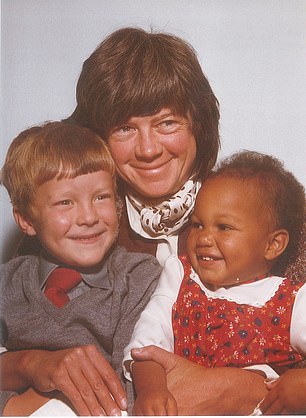 I wrote to Emma’s mother at the time, promising I would always love and care for her daughter. Ovviamente, it was inescapably sad that in order for me to become Emma’s mother, another woman had had to give her up, but I assured her Emma would always know where she came from.

When Emma was two, my youngest child Abigail was born, an unplanned but much-wanted baby, and our family was complete. Inevitabilmente, people would do a double-take when I took them to the park or supermarket, wondering why I had two white children and one black child. I didn’t care – they were just our children.

Oggi, alongside her job as a baker, Emma sits on adoption panels, using her experiences to match prospective adopters with children. Something she’s very passionate about is advising on trans-racial adoption, and how parents can help a child remain connected to their racial heritage.

When we adopted Emma, there was no such support or guidance, we were just left to get on with things. Bar some family holidays to Barbados ‒ because Mike and I felt it would be good for Emma to experience her birth father’s West Indian heritage ‒ we had no idea how to help her feel connected to that part of her identity, or even how important that would turn out to be.

Watching her struggle in her late teens, I felt very redundant. For years I’d been able to protect her from the harsh realities of the world, but now all I could do was love her and be there for her.

Had Emma asked to meet her birth parents at a younger age, I’d have encouraged her to wait. Ma da 18 I felt she was ready and hoped it would deliver the sense of grounding she was searching for.

I was genuinely happy Emma developed relationships with her birth parents and never felt threatened as they became close. I always told her she could have all of us in her life – she didn’t ever have to choose.

While I’m sad for Emma that relations with her birth family ended, meeting them helped her embrace her mixed-race identity. She is a happier, more at ease version of herself ‒ which is all I have ever wanted for her.

I have loved Emma since the moment she was placed in my arms; I always will. 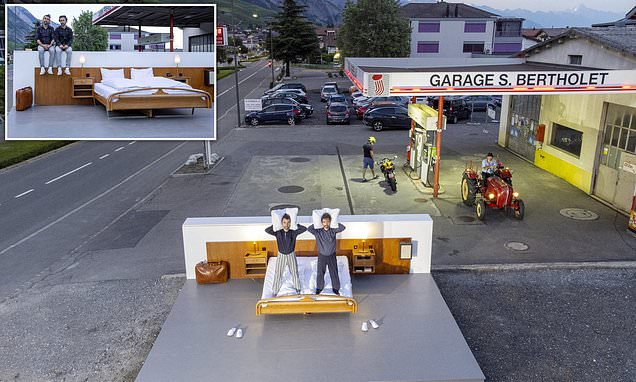 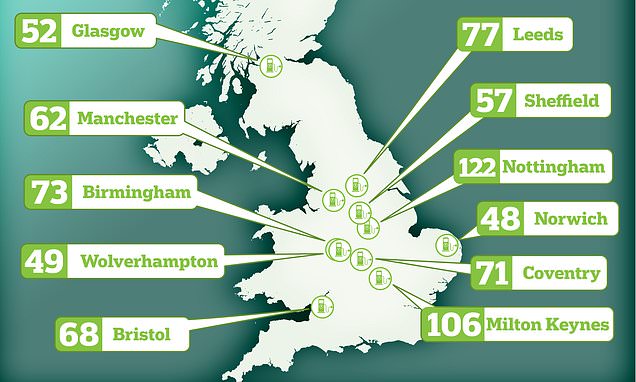 Il 20 cities where you can charge an electric car FASTEST 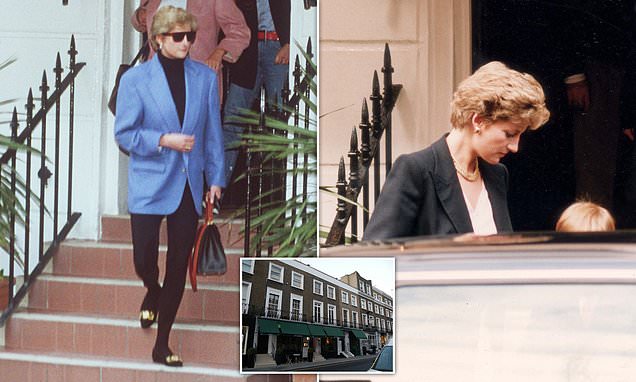 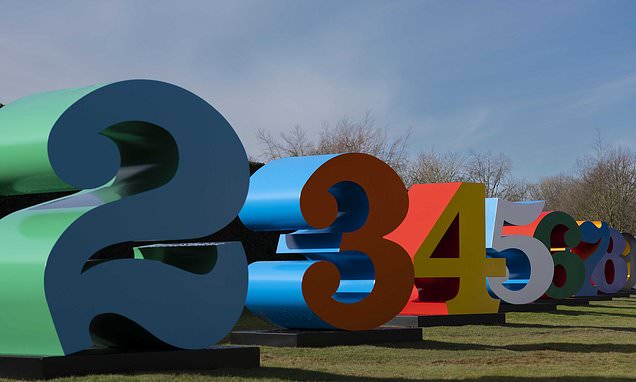