Investors fear bitcoin will crash by half to $10,000 by end of year 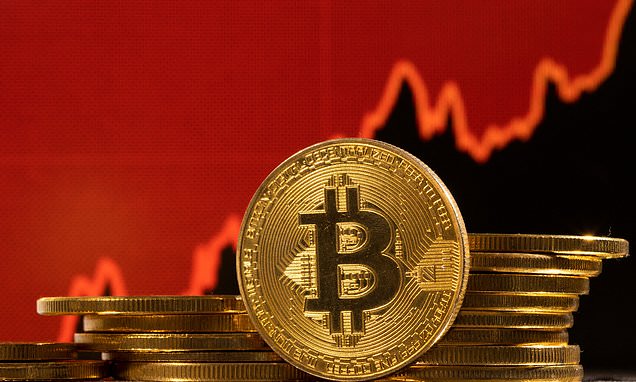 Investors fear bitcoin will crash by half to $10,000 by end of year as crypto continues to come under intense pressure

Bitcoin could tumble to as low as $10,000 this year as the cryptocurrency continues to come under intense pressure.

According to a survey by Bloomberg, which polled 950 investors, 60 per cent believe bitcoin – which is trading at $20,000 – could see its value cut in half.

Bitcoin has been hammered in recent months as central banks and governments hike interest rates and bring to an end loose monetary policies. 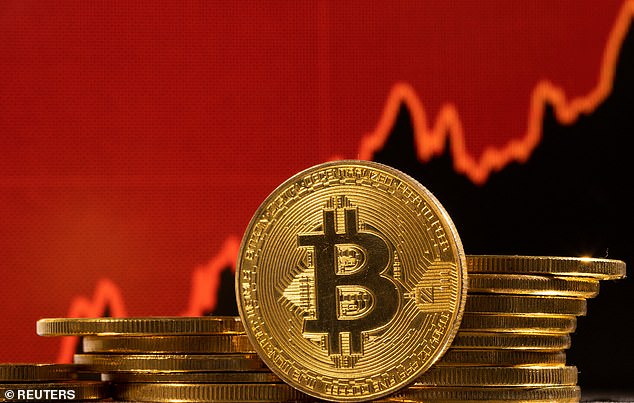 Crypto crash: Bitcoin has been hammered in recent months as central banks and governments around the globe hike interest rates and bring to end loose monetary policies

The survey found that retail investors were more cautious about cryptocurrencies than their institutional counterparts, with almost a quarter describing the asset class as ‘garbage’.

Bitcoin has lost more than two-thirds of its value since hitting nearly $69,000 in November and has not traded as low as $10,000 since September 2020.

The situation could get worse as the US prepares to reveal inflation data for June this week, paving the way for the Federal Reserve to hike rates even harder and faster.

Economists are forecasting inflation to hit 8.7 per cent in June, up from 8.6 per cent the previous month.

Jared Madfes, partner at venture capital firm Tribe Capital, said: ‘It is very easy to be fearful right now, not only in crypto but generally in the world.

‘It reflects people’s inherent fear in the market.’

The cryptocurrency crash is likely to put further pressures on governments to step up regulation of the industry.

The value of digital currencies boomed in the pandemic as many invested cash saved in lockdowns.

However, City watchdog, the Financial Conduct Authority, cautioned in May that crypto products were not protected by financial compensation schemes.