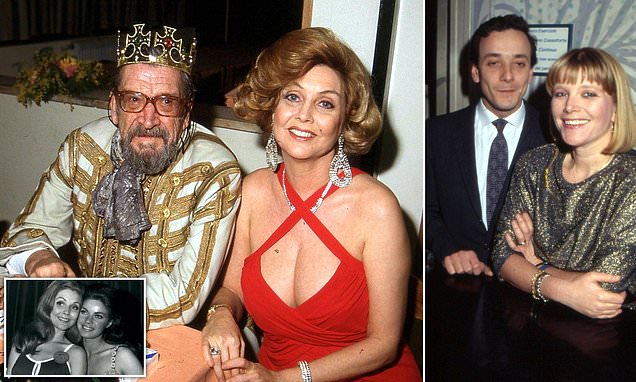 Italian prince wins 11-year legal battle over $13.5million inheritance with former Miss USA stepmother after proving she was ALREADY married to someone when she wed his father

A California beauty queen who was accused of bigamy has been ordered to repay more than $13million to her former husband’s family after losing a protracted Supreme Court battle in Italy.

The couple married in Florida in 1991 with widower Prince Colonna coming from Italian nobility that dates back to the 12th century and counts former Pope Martin V among its rich history.

But Colonna’s son, Prince Oddone Colonna, 60, claimed that Avery was still married to South African businessman Arthur van den Heever at the time when she wed his father in 1991.

After Ugo’s passing in 2004, half of the family estate went to his son Prince Oddone – who had long contested the validity of his father’s will because of his stepmother’s alleged bigamy.

Avery was twice cleared of fraud and bigamy after producing divorce documents that were reportedly signed in the Dominican Republic in 1980.

But the documents were found to have been forged after the case was heard at the Italian Supreme Court last October. 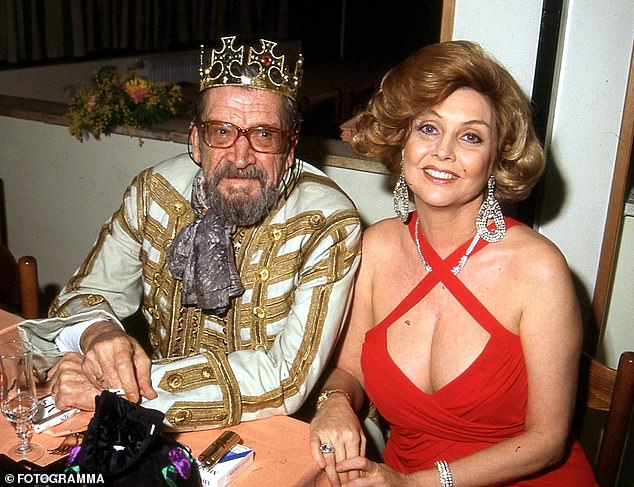 Former Miss USA Johnine Leigh Avery, 75, was left half of the Colonna family’s $33.3million (£25million) inheritance after her aristocrat husband, Prince Ugo Colonna (left) died in 2004. The pair are pictured together in Rome in 1985, above 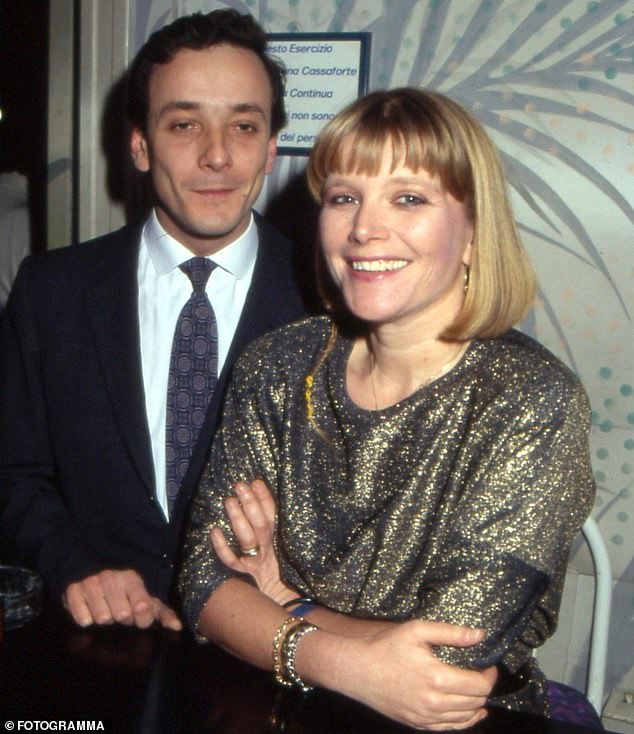 But Colonna’s son, Prince Oddone, 60, claimed that Avery was still married to South African businessman Arthur van den Heever at the time when she wed his father in 1991. Prince Oddone is pictured, left, with Princess Alessandra del Drago in 1985

Prince Oddone’s lawyer, Michele Gentiloni Silveri, has argued his client is now owed a stake of around $13.5million (£10million) in inheritance, including a Roman palazzo with a view over the city’s historic forum.

Gentiloni Silveri described the Supreme Court ruling as ‘unusual’ when speaking with The Times.

‘It’s an unusual ruling because it is one of the first occasions that the Supreme Court has overturned two opposite verdicts by the lower courts,’ he explained.

Avery and Prince Oddone have been trading blows during the case that had filtered through to Italy’s highest court and spanned more than a decade.

The ex-California beauty queen has long accused her stepson of trying to forcefully obtain his father’s fortune. 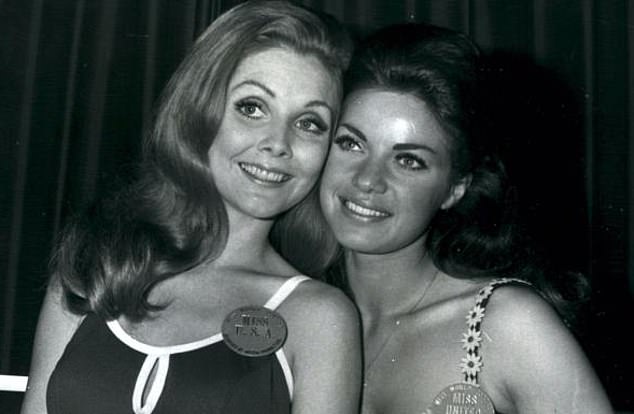 She had claimed in court that Prince Oddone was suing his father before his death in 2004, and had ‘sought to delete his residency status’.

But the Italian aristocrat shot back at his stepmother, arguing he felt compelled to take action after watching Avery take over his father’s affairs, despite rumours persisting that she was still already wed at the time of her marriage to his father.

‘She married my father when he was quite ill, and pretty soon she had taken power of attorney and was making him sell property’, Prince Oddone claimed.

Prince Ugo Colonna had bequeathed the famous Palazzo Colonna to Avery, but the historic property is now owned by another family member who has transformed it into a huge private art collection.

The palace, which is located in central Rome, has belonged to the family for over 20 generations and is said to have hosted the likes of Dante as well as Cardinals Giovanni and Giacomo Colonna.

It was also the home of Cardinal Oddone Colonal before he was declared Pope in 1417. 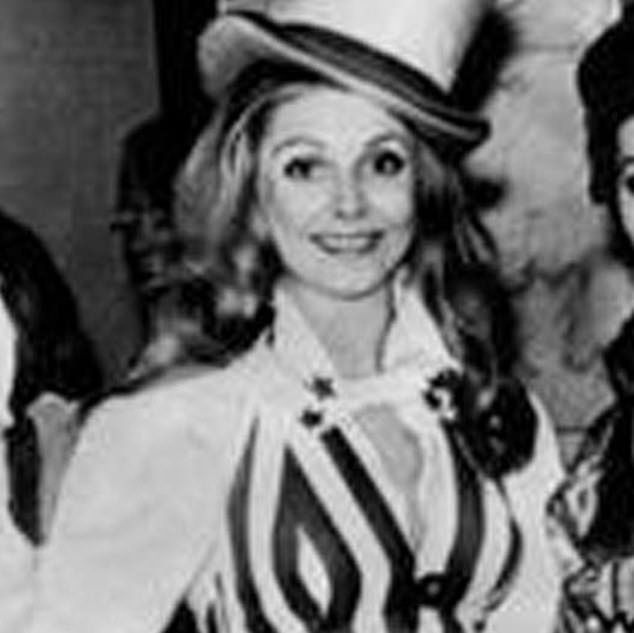 Avery (pictured) had claimed in court that her stepson Prince Oddone was suing his father before his death in 2004, and had ‘sought to delete his residency status’ 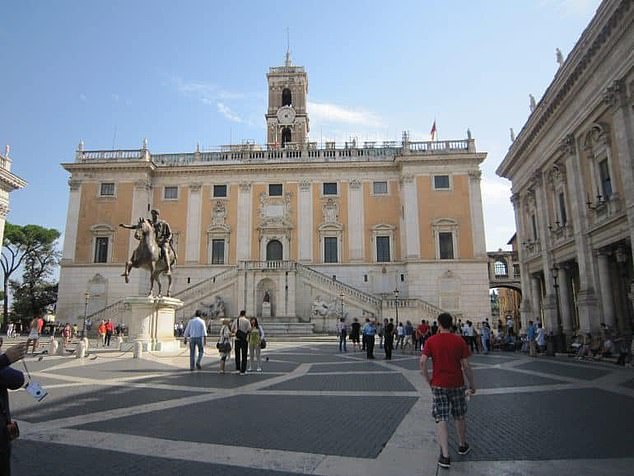 Prince Ugo Colonna had bequeathed Rome’s famous Palazzo Colonna (pictured) to Avery, but the historic property is now owned by another family member who transformed it into a huge private art collection

Avery had previously beat off challenges from Prince Oddone in the lower Italian courts that saw her awarded the historic palace in 2018.

But the aristocrat had always challenged the validity of her claim to the family fortune after he was informed at a cocktail party that his stepmother was allegedly committing bigamy.

‘If she never divorced her previous husband, then that means her marriage to Prince Colonna was not valid,’ Prince Oddone’s lawyer previously argued during the trial.

‘So she can’t inherit his wealth, and it all goes to his son.’

The Colonna family, which was powerful in medieval and Renaissance Rome, dates back to the 13th century.

It supplied one Pope as well as a slew of cardinals and leaders in both church and politics.

Avery, who was born in San Diego, represented USA in Miss World in 1968 before she launched an acting career and starred alongside Bob Hope in a number of comedies. 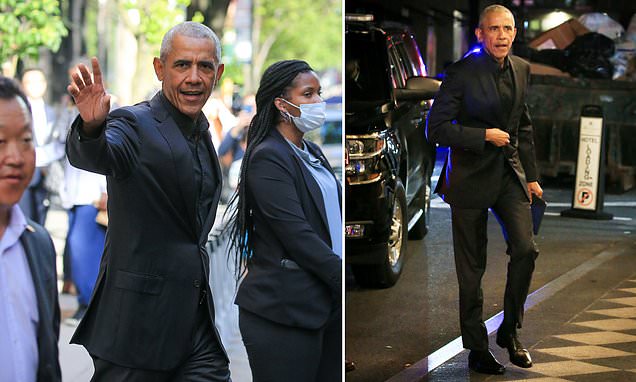 EXCLUSIVE: Obama hits the Big Apple! Former president heads to see Broadway show in smart all-black ensemble before heading for dinner at swish Italian restaurantBarack Obama enjoyed a night out on the town in New Yo... 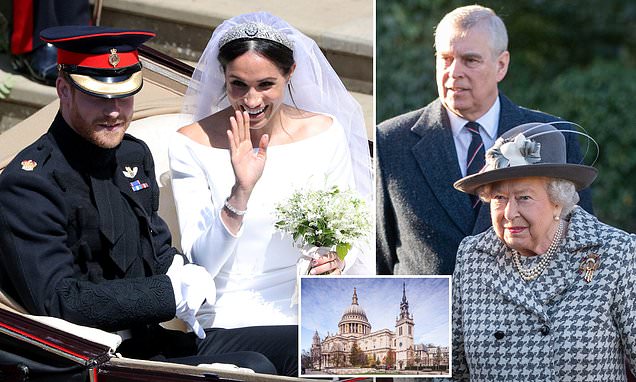