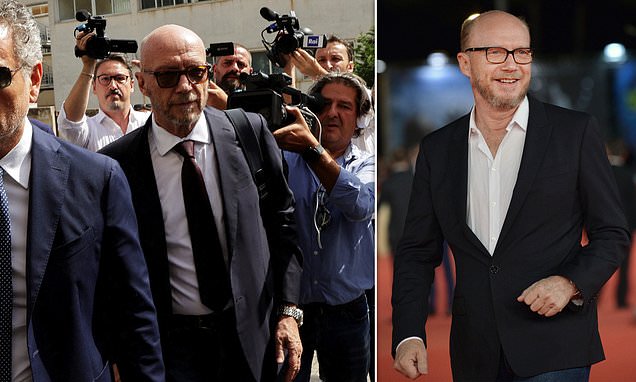 ‘My life has been destroyed in a minute’: James Bond writer Paul Haggis denies rape as he speaks for the first time since being accused of a two-day attack saying ‘I didn’t rape anyone but I made two mistakes’

James Bond writer Paul Haggis has denied an allegation of rape after being freed from house arrest, instead insisting he made ‘two mistakes’.

Prosecutors have appealed against a court ruling to bail the screenwriter following the accusation from a British woman, Mail Online can reveal.

Haggis, 69, was arrested last month after the 29-year-old woman, who cannot be named for legal reasons, told police she had allegedly been subjected to a terrifying 48 hour ordeal by him.

He was kept under house arrest for almost two weeks before being freed but has remained in Italy, where the attack is said to have taken place in order to clear his name as the investigation continues.

Haggis spoke for the first time in detail about the allegations with Italian newspaper La Repubblica, with the Oscar winning saying: ‘I didn’t rape anyone but I made two mistakes. My life has been destroyed in a minute.’

Canadian Haggis said: ‘My first mistake was allowing someone who I hardly knew to come and visit me. It was foolish. The second mistake was on the last morning after an incident occurred that I personally found particularly unpleasant, I decided to end this situation.

‘I took this person to the airport hours before her flight. I’m upset with myself for these errors in judgement but cannot comprehend that they resulted in false and damaging accusations against me.’ 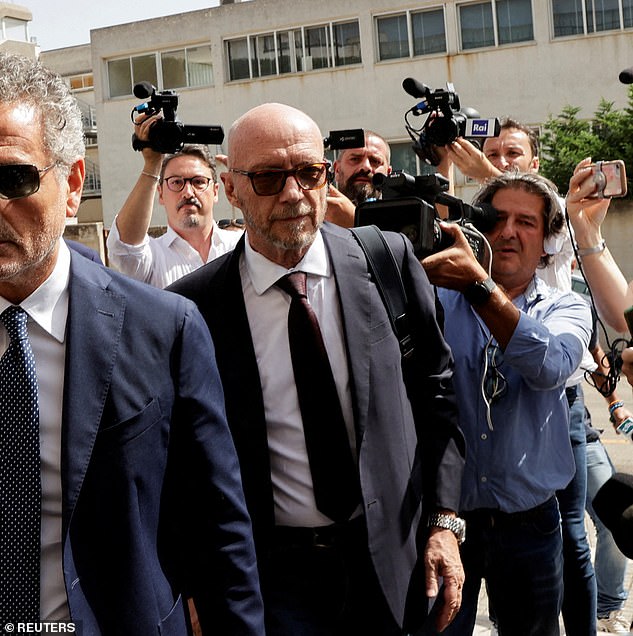 James Bond writer Paul Haggis has denied an allegation of rape and said he made ‘two mistakes’, following his release from home arrest (pictured June 22) 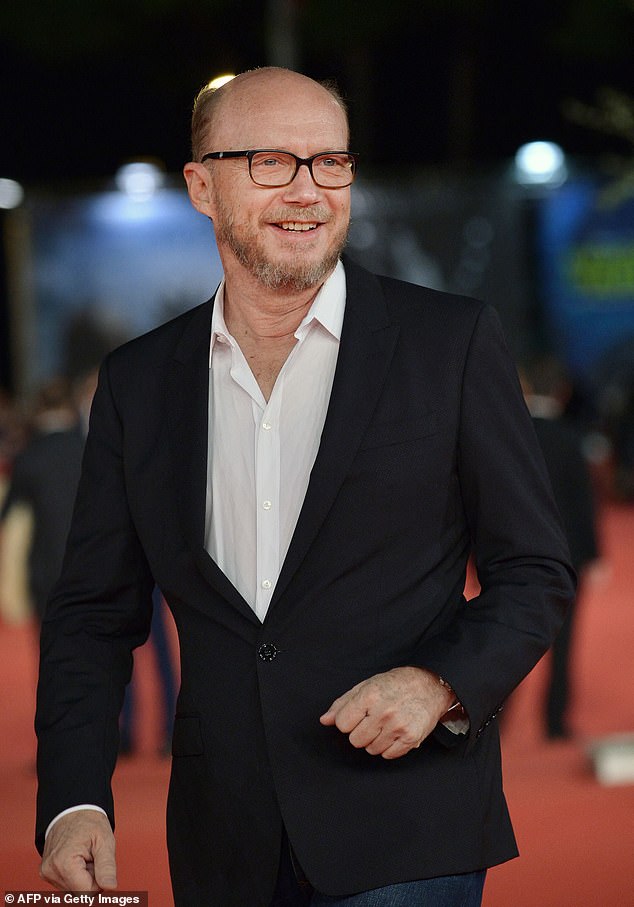 The Canadian, 69, said he was calm during his two weeks of house arrest because he knew he ‘hadn’t committed any crime’. File photo: Haggis is pictured on October 16, 2015 arriving at the Rome Film Festival

The  British woman, whose identity is known to Mail Online, and who is a graduate who lives in Kensington, west London, was found by staff at Brindisi airport in a dishevelled state last month and they alerted police.

Following her claims that she had been kept in a bed and breakfast Harris was held and questioned for several hours before being given house arrest by a local magistrate.

This was overturned last week by a court but he will remain in Italy for the time being despite another court case in Manhattan in September over another sexual assault claim from his former publicist Haleigh Breest.

The British woman’s lawyer Claudio Strata told MailOnline: ‘I don’t know the specific details but I can only assume the prosecutor and the police have found elements which they feel warrant an appeal to the court against the decision to free Mr Paul Haggis.

‘At this stage we cannot intervene and it is up to them to decide what to do but we have full faith in both the prosecution and the police’s work.

‘It may be, some new evidence they have found gives the grounds for an appeal.

‘But we will have to await the decision of the court.’

Haggis said of the Italian judicial system: ‘There are some things that I cannot understand, like how it’s possible that in your country (Italy) you can start and continue a trial even when the accusation is not corroborated by clear evidence.

‘It seems strange and unjust to me that innocent people can apparently be prosecuted for years. My attorneys explained to me that in Italy, a trial could last many years. I can’t even imagine the damage that kind of persecution could cause to my family and my ability to provide for them.’ 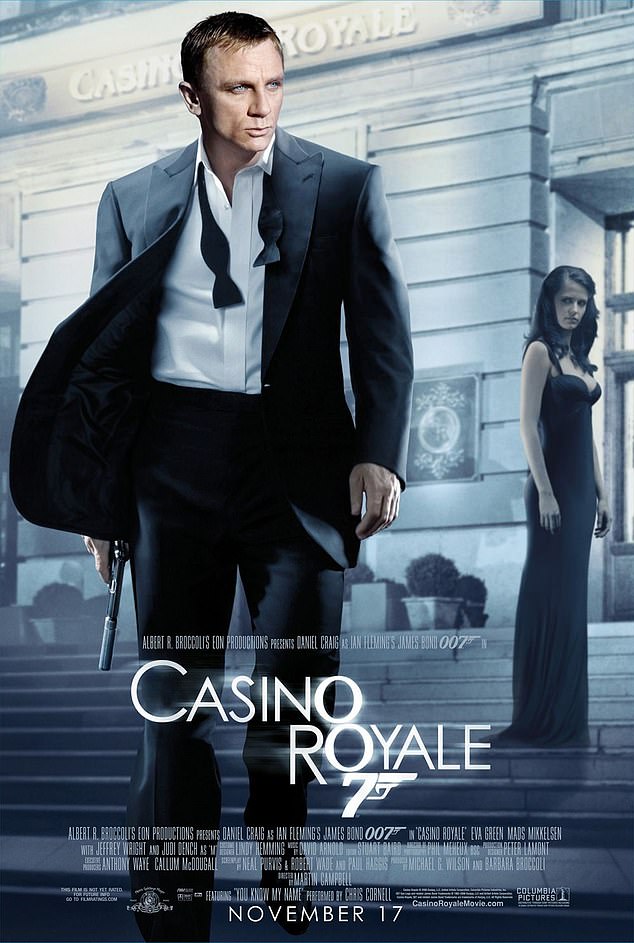 Haggis added: ‘During the two weeks of my house arrest, I was calm because I knew that I hadn’t committed any crime and I have always had faith in the judicial system. Naturally, there were some difficult moments but I was able to overcome them thanks to the love and support of my family and friends, and also to the world of my lawyer and his team, who have been exceptional.

‘To be accused of sexual violence, a serious crime, that which I absolutely did not commit, was devastating. It’s an experience that no innocent person should go through. It was difficult not being able to peak with my children and family, who had come to Italy to be with me during the film festival (he was due to attend last month).

‘After two weeks my son got permission to see me when he was about to leave and he raced to me and we hugged, he said that he loved me and to be strong. It’s something I will never forget. It was great to have my daughter and her partner and their two children with me.’

Haggis, who co-wrote, the screenplays for Bond blockbusters Casino Royale and Quantum of Solace also won two Oscars for Crash in 2006 and was also behind Million Dollar Baby.

He is facing court proceedings in the US where he is being sued by Ms Breest, who claims that he raped her in 2013 – she originally filed the claim in 2017 but proceedings have been delayed due to Covid and are set to start in October.

Haggis denies the any wrong doing and claims the encounter, which happened after a premier, was consensual.

Haggis, was also asked if the case in the US and the current investigation, suggested he had a problem with women and he replied: ‘ I work in theatre, television and cinema for more than 40 years and I have worked with literally thousands of women. I have been married twice. I have a son and three wonderful daughters, two of whom are married to incredible women. I have had relationships and great friendships with dozens of women.

‘None of them have ever gone to the police or a prosecutor to accuse me in any country in the world. No, I don’t have a problem with women.’

He was also asked if there could be a link to the Church of Scientology, which he was a member of until he left in 2009 and which he later wrote a damning article on for the New Yorker magazine as well as slamming them in TV documentaries.

Haggis said:’ I don’t have proof. But from what I’ve learned from Scientology, I know that they are capable of anything. If you speak against them, they will use any means to destroy your reputation, your career, and your family.

‘It would take too much time to explain, slowly I have learned that Scientology is in effect a deeply corrupt organisation, It was something maybe I should have understood a lot earlier, but clearly I could no longer be part of this organisation and defend it.’