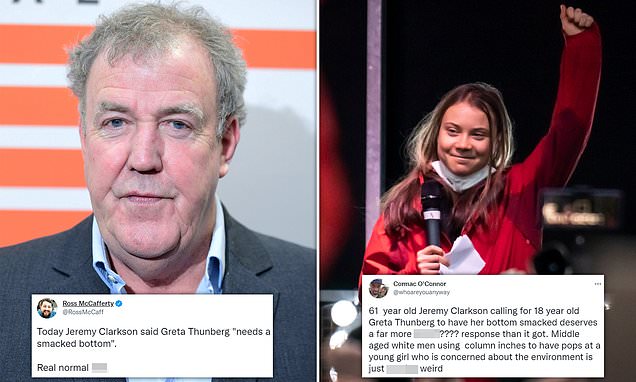 Jeremy Clarkson, 61, is branded ‘creepy’ after saying climate activist Greta Thunberg, 18, deserves a ‘smacked bottom’ for being an ‘annoying little bucket of ego’ during COP26

The Grand Tour star, 61, who lives in Chadlington, made the comment in a column for The Sunday Times as the Cop26 conference entered its second week – before going on to describe her as an ‘annoying little bucket of ego.’

He penned: ‘I simply don’t get the Thunberg phenomenon. She has no knowledge of how the world works, no manners and no letters after her name because instead of going to school, she’s been busy sailing round the world so she can be mardy and abusive to grown-ups.

‘What she needs is a smacked bottom.’

However, the comment didn’t go down well with readers – and many took to social media to express their rage. 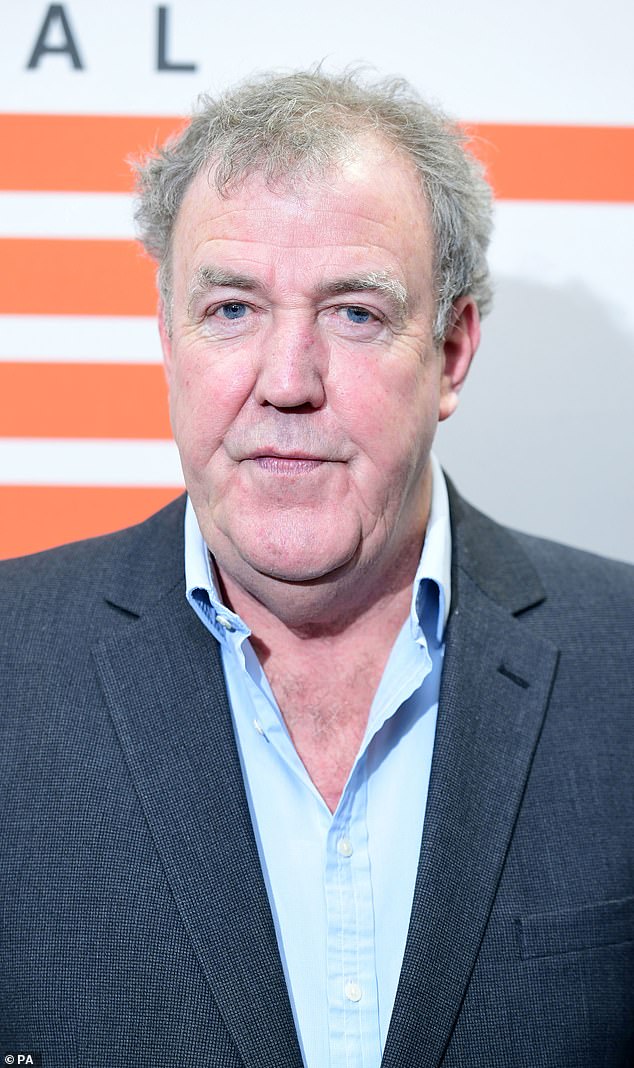 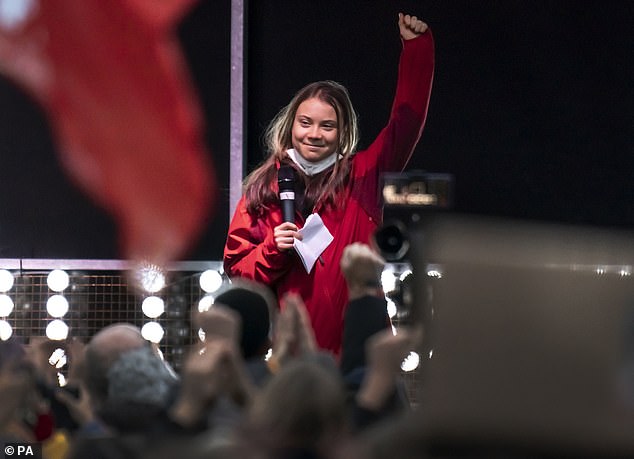 The comment didn’t go down well with readers, with one writing: ’61year old Jeremy Clarkson calling for 18 year old Greta Thunberg to have her bottom smacked deserves a far more WTAF???? response than it got’ (pictured)

‘That Jeremy Clarkson thought it was ok to write that Greta Thunberg needs “a smacked bottom”… I simply cannot fathom. What year have I time-travelled back to exactly?’

A third added: ’61year old Jeremy Clarkson calling for 18 year old Greta Thunberg to have her bottom smacked deserves a far more WTAF???? response than it got.

‘Middle aged white men using column inches to have pops at a young girl who is concerned about the environment is just f***ing weird.’

Another who took to social media penned: ‘It’s a shame he added that bit in, because it’s actually a very poignant article which is now spoiled by him needing to sound like his character’ (pictured)

Meanwhile, a fourth wrote: ‘It’s a shame he added that bit in, because it’s actually a very poignant article which is now spoiled by him needing to sound like his character.’

Elsewhere, another asked: ‘What is about Greta Thunberg that makes all old guys get angry and defensive? Brilliant to see so many young people in Glasgow caring about this planet.’

The ex-Top Gear host then went on to take things a step further and branded her ‘a pest’, worse than a ‘Swedish doom goblin’.

He also went on to claim that Greta telling people what they should be doing to lessen their impact on the environment was ‘pointless.’

Instead, the Diddly Squat Farm owner suggested she go to the countries where people are less aware of the issues at hand.

‘What you should be doing instead is cycling to countries where people are perhaps less well aware of what should be done,’ he wrote.

‘China for example. That I’d like to see. Greta standing outside Zhongnanhai with her parka and her Glastonbury backpack and her microphone, lecturing the leaders about their policies on coal and trees and so on.’ 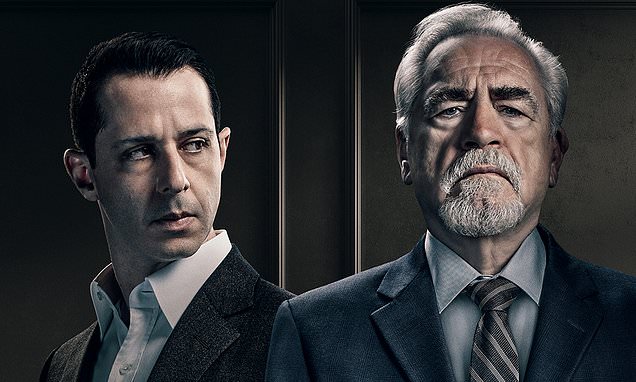 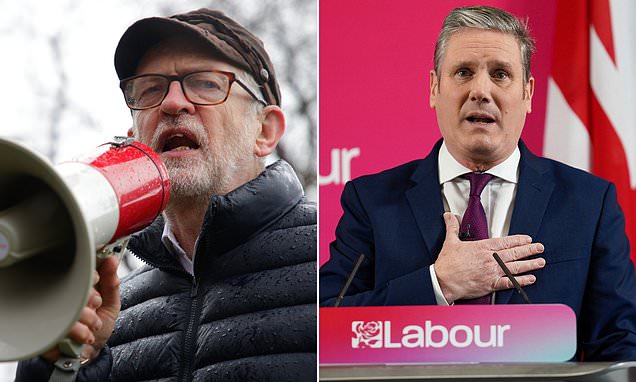