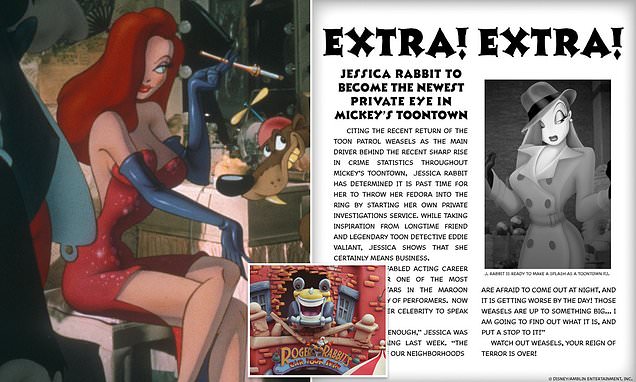 Disneyland is giving Jessica Rabbit a politically-correct makeover as a private eye – ditching her famous low-rise red dress with a trench coat and a fedora – in one of its iconic rides.

Rabbit is being redesigned to be more empowered and less scantily-clad on Roger Rabbit’s Car Toon Spin ride, Yahoo News reports, as the ride’s backstory is updated to make her a private investigator trying to fight a rise in crime.

The ride originally opened in 1994 in Mickey’s Toontown section of the Anaheim, California theme park and featured guests catching a taxi and following Roger Rabbit and Benny the Cab as they race through Toontown looking for Jessica Rabbit, according to Inside the Magic.

But under the park’s plans, the ride will get a ‘more relevant’ reboot with a new plot that features Jessica as a trench coat-wearing private investigator.

‘Citing the return of the Toon Patrol Weasels as the main driver behind the recent sharp rise in crime statistics throughout Mickey’s Toontown, Jessica Rabbit has determined it is past time to throw her fedora into the ring by starting her own private investigation service,’ a poster inside the revamped ride will read. 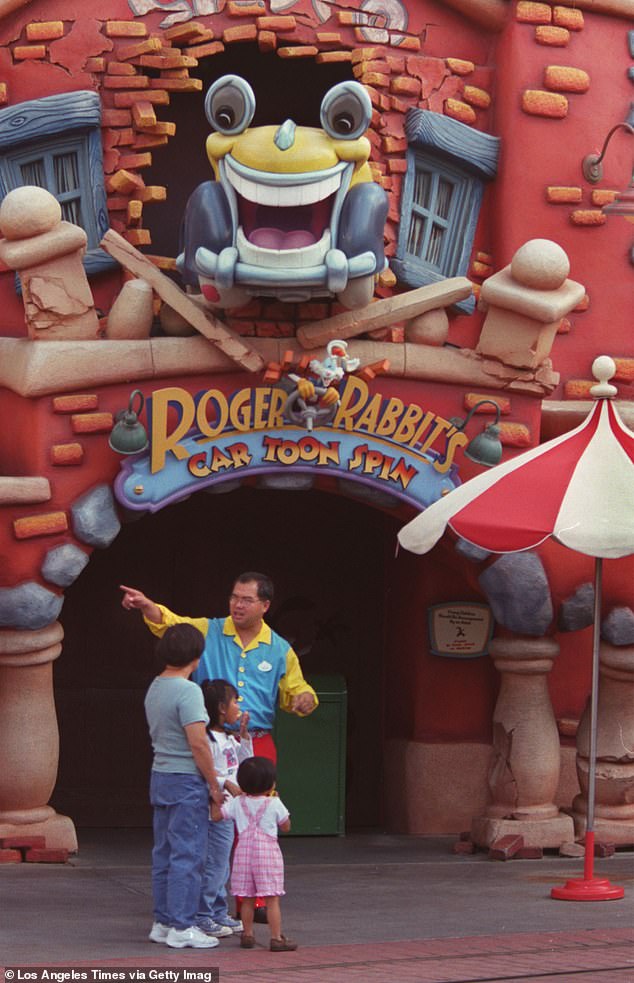 Here’s some more information about the new Roger Rabbit’s Car Toon Spin backstory at Disneyland. This poster will be displayed in the queue.


A Car Toon Spin Ride scene featuring Jessica Rabbit and the weasels with an automobile, as well as the final scene of the ride are being updated under the plans, the Orange County Register reports.

One scene featuring her tied up in the trunk of a car has already been updated, one park-goer pointed out on Twitter, with the damsel in distress replaced by barrels of cartoon-erasing paint thinner.

Jessica Rabbit first debuted in the 1988 film Who Framed Roger Rabbit?, in which she is accused of murder and must turn to detective Eddie Valiant to find the killer.

The character will not be changed in the movies.

Still, the news upset some fans on social media, with one person writing that Disney ‘does not understand the concept of Jessica Rabbit,’ including a picture describing her as ‘the most wholesome character in this movie’ and an ‘intentional subversion of the femme fatale trope in noir films.’

Another called the move: ‘Disney blindly stumbling into the objectification vs. sex positivity debate by saying Jessica Rabbit needs to have a masculine job and wear masculine clothes in order to be empowered,’ while a user ‘Lukinator’ said: ‘The PC police have struck again.’

Other users asked, ‘Why does Disney hate sexy people?’ and ‘Is it just me, or is Disney basically just slut shaming Jessica Rabbit?’ 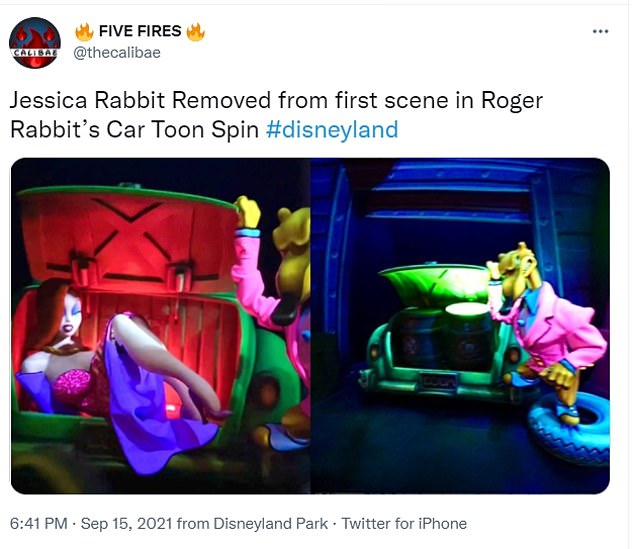 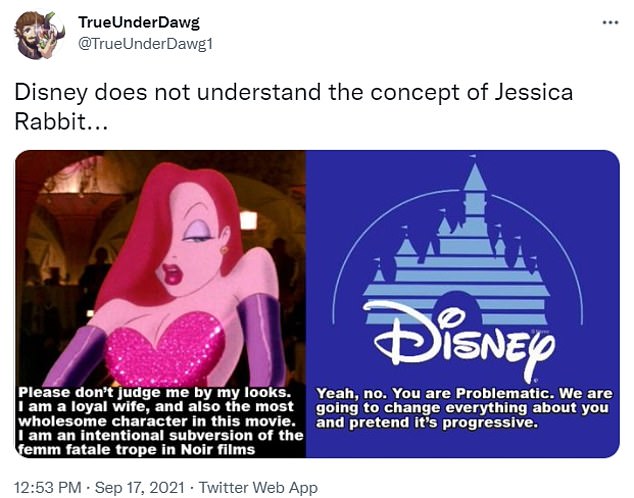 Some fans took to Twitter to criticize the decision

The news comes as construction continues at the park, with the new Mickey and Minnie’s Runaway Railway trackless ride set to open in 2023, and many attractions remaining closed since Disneyland reopened from an extended coronavirus closure in late April.

The park has previously revamped some of its rides to make them more politically appropriate for the 21st century.

In June, the Walt Disney  parks unveiled a revamped Jungle Cruise ride that removed ‘negative depictions of native people,’ according to Yahoo News, and last summer, the theme parks vowed to completely redo its Splash Mountain ride – based on the controversial 1946 film Song of the South – and replace it with a ride based on the 2009 film Princess and the Frog, which features Disney’s first black princess. 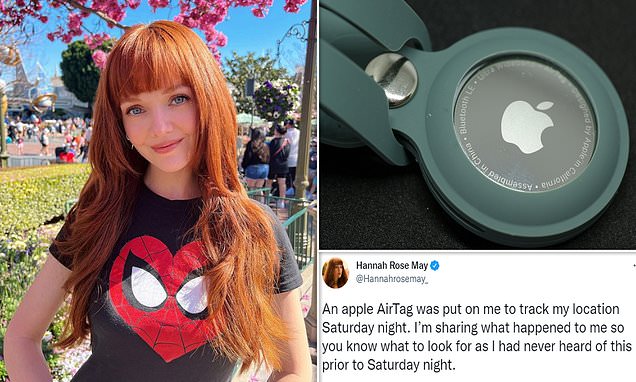 Woman is secretly tracked by Apple’s AirTag around Disneyland

'The happiest place on Earth could have turned into my worst nightmare': Woman was unknowingly tracked for two HOURS around Disneyland California after an Apple AirTag was secretly planted on herWoman was at Disneyla... 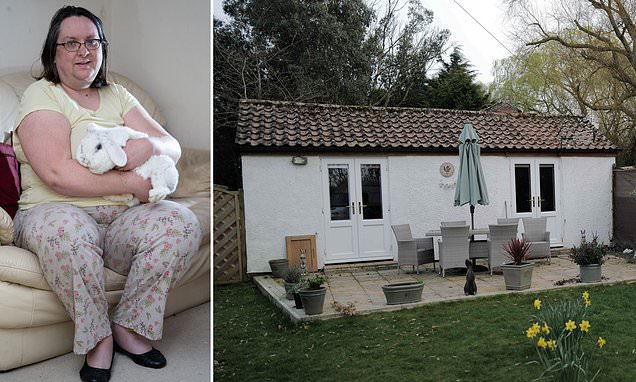 Council threatened couple with ASBO after mistaking RABBIT for a dog

Barks Bunny! Lincolnshire council threatened to slap couple with an ASBO after they mistook their RABBIT for a nuisance dog which 'barks quite excessively' in letter mix-upA Lincolnshire couple were potentially facin... 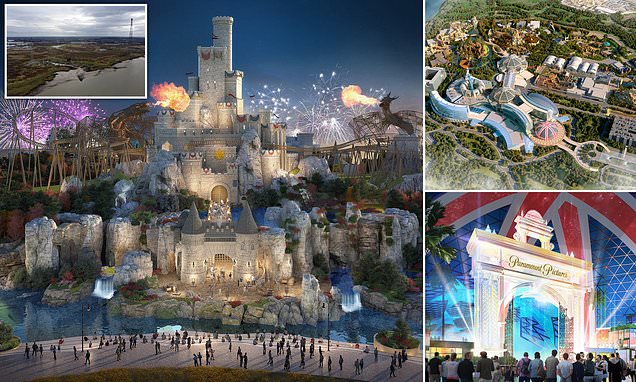 Plans for £3.5billion British Disneyland theme park in Kent are DROPPED after delays caused by green activists and planning battle with furious localsMulti-million pound resort earmarked for construction in Kent for ...