But it was Rowling who opted not to be featured in Return To Hogwarts, not the show’s producers, sources revealed to Entertainment Weekly on Thursday.

Rowling’s absence from the reunion comes after her statements on transgender issues were branded transphobic by some fans, though the writers has claimed that she respects ‘every trans person’s rights to live any way that feels authentic and comfortable to them.’ 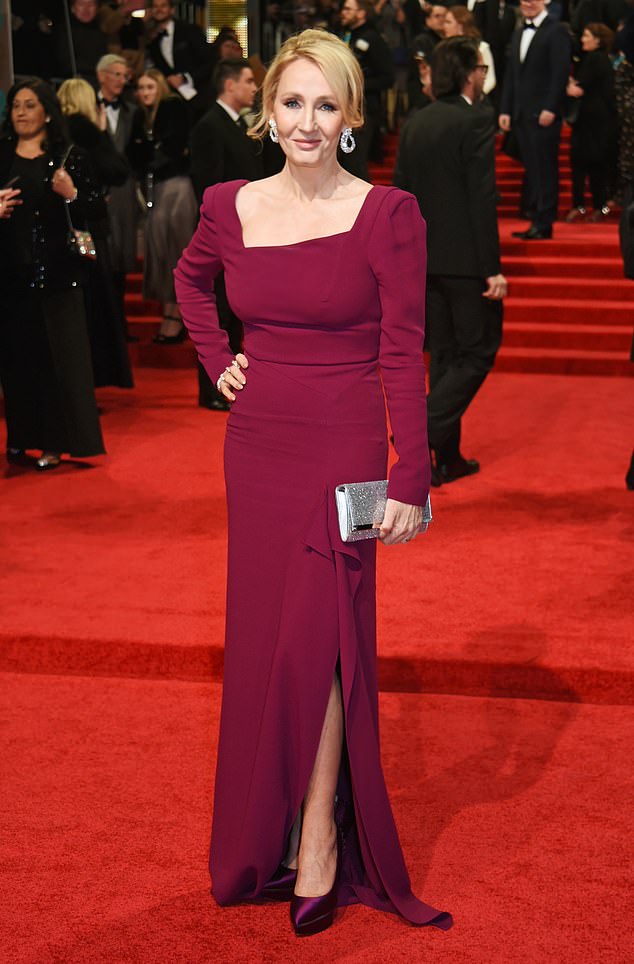 Her decision: JK Rowling, 56, and her publicity team made the choice for her to only appear in the upcoming Harry Potter reunion special Return To Hogwarts via archival footage, Entertainment Weekly reported on Thursday; seen in 2017 in London 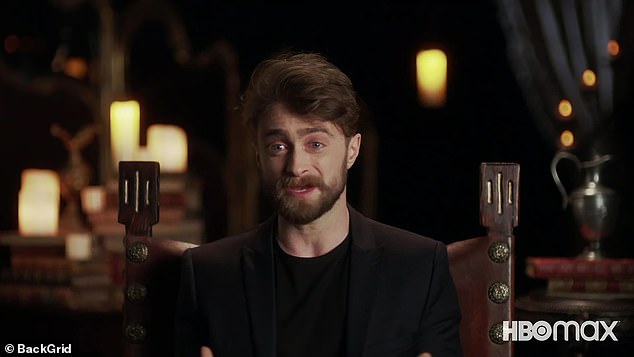 She’s back: Rowling, who was ‘canceled’ by the trans community over comments some believe to be transphobic, will be seen ‘sparingly’ in footage from a 2019 interview; seen in 2018

Speaking out: Robbie Coltrane praises the author for inspiring fans to pick up books in the special;

Detailing her relief at finding Daniel to play the role, she then said: ‘It was very emotional seeing this kid sitting there and talking and I just thought, “Yep, that’s him, thank God, we found him.”‘

In June 2020, she took to Twitter to criticize an opinion piece that used the term ‘people who menstruate,’ rather than women, so as to also include transgender men.

‘At the same time, my life has been shaped by being female,’ she said, the Associated Press reported at the time. ‘I do not believe it’s hateful to say so.’

Then, in September 2020, she faced renewed accusations of transphobia after it was revealed the the villain in her latest book, Troubled Blood — written under Rowling’s pseudonym Robert Galbraith — is a male serial killer who puts on a woman’s coat and a wig to slay his victims, though he is never explicitly described as being transgender.

Speaking out: In the wake of these remarks, Harry Potter actors Radcliffe, Grint, Watson (all pictured above) and Eddie Redmayne, who stars in her Fantastic Beasts films, criticized the author