December 2021: Price received a 16-week suspended jail sentence and was banned from driving after she admitted drink-driving while disqualified and without insurance after a crash near her home in Sussex.

December 2019: Price was declared bankrupt two-and-a-half-years ago with debts of £3.2m from her failed company Jordan Trading Ltd, that was set up to oversee her perfume and cosmetics line. She dodged jail for the third time this week after a hearing was postponed at the 11th hour

Katie Price could finally be sent to prison today after breaching a restraining order by sending a ‘vile and nasty’ message to her ex-husband, while serving a suspended sentence for drink-driving.

The 44-year-old former glamour model was arrested by police after she allegedly sent a message to Kieran Hayler branding his new fiancee, Michelle Penticost, a ‘gutter s**g’.

The message read: ‘Tell your c***ing w***e piece of s**t girlfriend not to start on me.

‘She has a restraining order so shouldn’t try antagonise me as she is in breach and I’m sure she doesn’t want people knowing that she was having an affair with you behind my back. That gutter s**g.’

Price was handed a five-year restraining order on June 3 2019 banning her from contacting Miss Penticost directly or indirectly.

She appeared before Lewes Crown Court where she she pleaded guilty to breaching the restraining order on January 21 this year.

She is set to return to the same court this morning at 10am where she will find out whether she is to be jailed.

At the last hearing Judge Stephen Mooney told Price: ‘Clearly you have accepted for an offence and pleaded guilty and you are aware you committed the offence while on a suspended sentence and are at risk of going to prison. 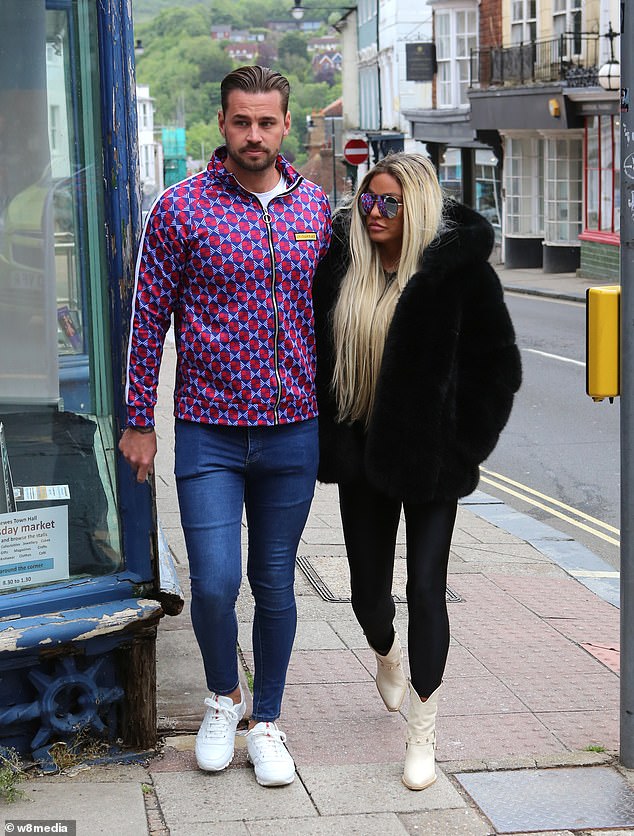 Katie Price (pictured arriving at court with fiancee Carl Woods) could finally be sent to prison today after breaching a restraining order by sending a ‘vile and nasty’ message to her ex-husband, while serving a suspended sentence for drink-driving

Price was arrested at her home by officers at around 5.45pm on January 21 and taken to Worthing police station. 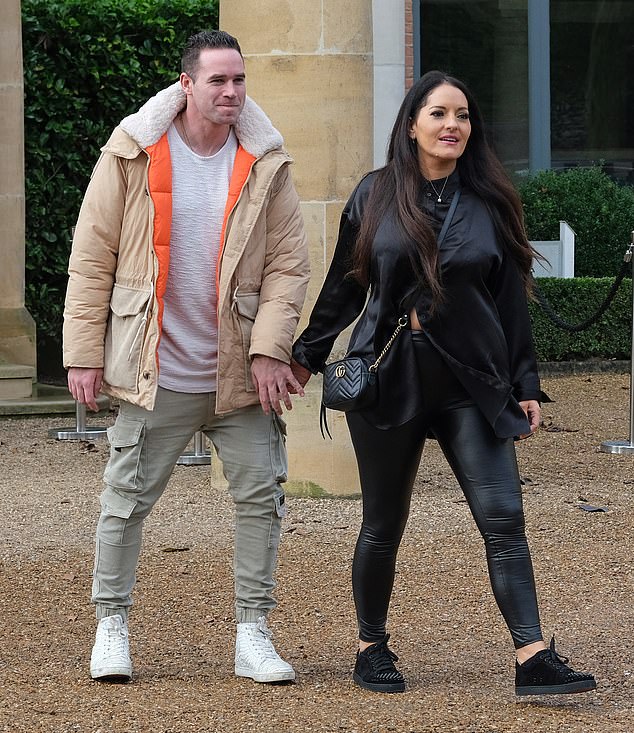 The 44-year-old former glamour model was arrested by police after she allegedly sent a message to Kieran Hayler branding his new fiancee, Michelle Penticost (pictured together), a ‘gutter s**g’

She was given a 16-month prison sentence after she admitted her ninth driving offence – but it was suspended for a year on condition she have treatment at the Priory rehabilitation centre.

Price then dodged a potential jail term in January after £7,358 fines she owed for driving offences were paid at the last minute.

She now faces a fresh allegation of speeding which is due to be heard before magistrates in July.

Earlier this year Price again avoided jail after striking a last-minute deal to pay off her bankruptcy debts.

The 44-year-old was scheduled to appear before the High Court to explain why she hadn’t paid back £2.3m she owed after being declared bankrupt in 2019.

But the former model had her bankruptcy hearing postponed for a second time after agreeing an 11th-hour deal to pay back the money. 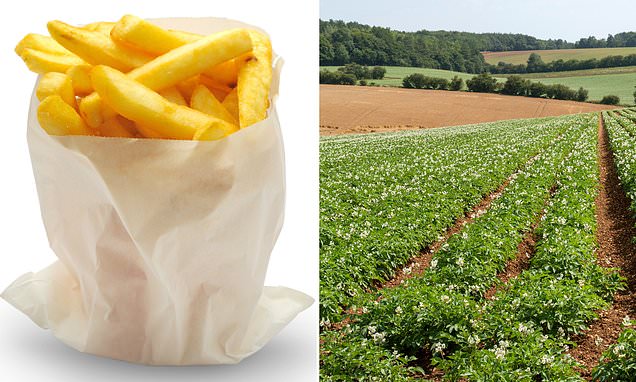 Chip prices could soar by 60 PERCENT by next year 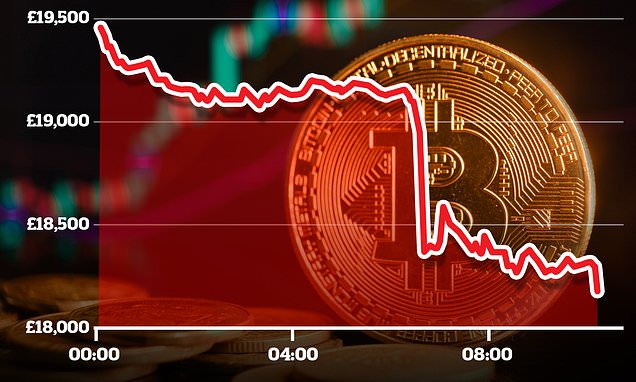 Bitcoin cryptocurrency price drops by 5% to a three-week low

Bitcoin plunges for SEVENTH day in a row: Largest crypto-currency drops by 5% to a three-week low - and has shed more than half its value since start of the yearDigital token fell as much as 7.7 per cent to $21,404 (...