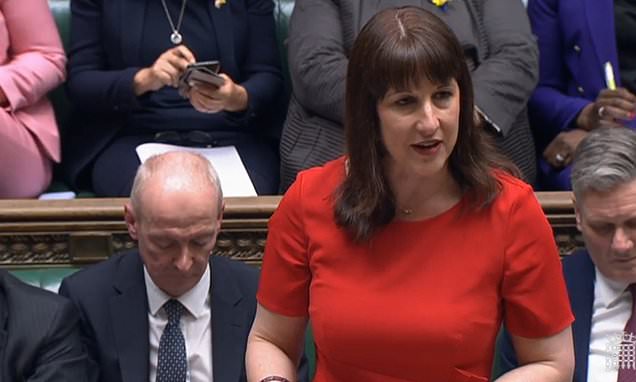 Labour likened Rishi Sunak to Alice in Wonderland today as they took aim at the Chancellor over his tax-raising spring statement.

Despite Mr Sunak trumpeting his tax-cutting credentials in a speech to MPs today, fiscal watchdog the Office for Budget Responsibility said that the statement only unwound a sixth of the tax rises imposed since February 2020.

Shadow chancellor Rachel Reeves accused him of delivering ‘increasingly incredible claims’, telling MPs: ‘Perhaps the Chancellor has been taking inspiration from the characters of Alice in Wonderland – or should I say Alice in Sunak-land – because nothing here is quite as it seems either.

‘It’s the sort of place where a Chancellor celebrates giving people £200 to help them with their spiralling energy bills before explaining he needs it all back.

‘In Sunak-land, the Chancellor claims ”I believe in lower taxes” while at the same time as hiking Alice’s national insurance contributions. So Alice asks the Chancellor ”when did lower taxes mean higher taxes, has down really become the new up?”. 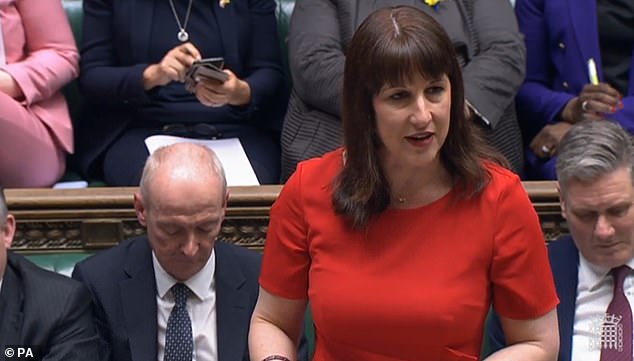 Shadow chancellor Rachel Reeves accused him of delivering ‘increasingly incredible claims’, telling MPs: ‘Perhaps the Chancellor has been taking inspiration from the characters of Alice in Wonderland – or should I say Alice in Sunak-land – because nothing here is quite as it seems either.’ 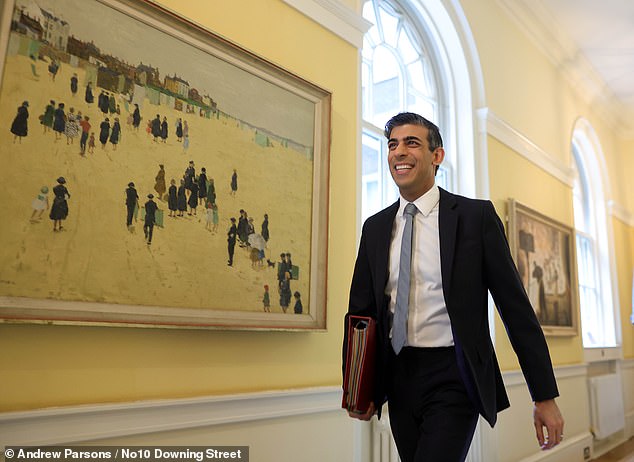 
‘Alice knows that under the Conservatives taxes are at their highest level in decades as a result of the policies of this very same Chancellor. In werklikheid, this Chancellor is the only G7 finance minister to raise taxes on working people during this crucial year of recovery. Curiouser and curiouser.

‘As Alice climbs out of the rabbit hole to leave Sunak-land, she recalls the words of the white rabbit and concludes that perhaps the Chancellor’s reality is just different from yours.’

Ms Reeves also branded Mr Sunak ‘Ted Heath with an Instagram account’, and suggested he had fallen short of meeting the expectations of his Tory predecessor Nigel Lawson, whose portrait is in the Chancellor’s No 11 kantoor.

Mr Sunak splashed the cash today as he handed back half the £12billion National Insurance hike, slashed 5p off fuel duty, and promised the basic rate of tax will drop by 2024 – but Britons still face the worst fall in living standards for nearly 70 jare.

In a bigger-than-anticipated move, he declared that the threshold for paying NICs will soar to £12,570 from July, bringing it into line with the personal allowance for tax. He said that was equivalent to a £6billion tax cut for 30million workers – half the value of the new social care levy that Labour, many Tories and businesses had been demanding he scrapped before it take effect next month.

The decision to go ahead with freezing tax thresholds despite skyrocketing inflation means that over the next three years 2.8million people will be dragged into paying tax, and two million into the higher rate.

Last March the watchdog had predicted 1.3million and a million more respectively due to the policy. The numbers in the higher rate are due to increase by an astonishing 42 persent.

Ms Reeves added: ‘The actual reality is that this Chancellor’s failure to back a windfall tax and his stubborn desire to pursue a national insurance tax rise are the wrong choices.

‘In eight days, people’s energy bills will be rising by 54 persent, two weeks today the Chancellor’s tax hike will start hitting working people and their employers.

‘His national insurance tax rise was a bad idea last September and he’s admitted it’s an even worse one today.

‘Maar, on the basis of the statement today and the misguided choices of this Chancellor, families and businesses will from now on endure significant hardship as a result.

‘The Chancellor has failed to appreciate the scale of the challenge that we face and yet again he’s making the wrong choices for our country.’