Life on Frontier after Battle of Alamo revealed in color photographs 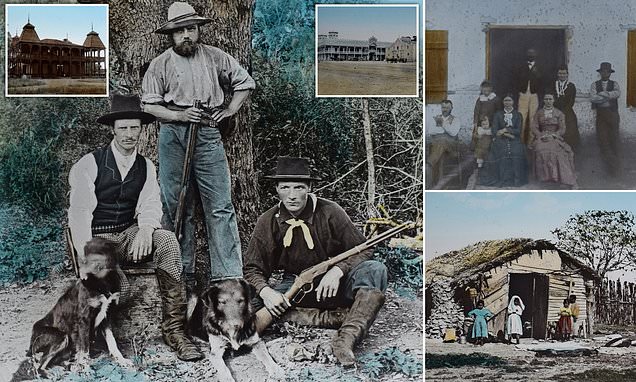 Life on the Frontier after the Battle of the Alamo: Remarkable color photographs showing life in south west Texas, including the battle-scarred Alamo, are up for sale at auction

Gun-wielding cowboys, bullet-ridden buildings and proud Frontier families have been brought to life in a series of unearthed photographs of the Wild West in the 1870s.

The hand-coloured photo slides, taken in the time of Billy the Kid and Jesse James, show the realities of life among gunslingers and bandits in their Stetson hats in south-west Texas.

The fascinating images also show one of the earliest photographs of the Alamo, the site of the major 1836 battle which claimed the lives of folk heroes Davy Crockett and James Bowie.

The photos were taken by the British photography house Valentine & Sons from Dundee, 苏格兰, established by James Valentine who died in 1879 and helped popularize picture postcards after he was given a royal warrant by Queen Victoria after she commissioned him to photograph Highland scenes.

They are initialled J.V. and were brought back to Britain for lecture tours on the Wild West, a period of lawlessness between 1865 和 1890 brought about by the end of the US Civil War and the expansion of the Western frontier.

The collection of 25 slides are tipped to sell for £1,500 with auctioneers David Lay & FRICS in Cornwall on December 9, and were consigned by a private dealer.

Mimi Connell-Lay, specialist at David Lay, 说过: ‘Although research indicates that this lecture was published in 1885, it is likely that the photos were taken earlier, circa late 1870s and early 1880s, during the American frontier period.

‘The pictures are a fascinating piece of social history and there is an enduring fascination with the Wild West and cowboys.’ 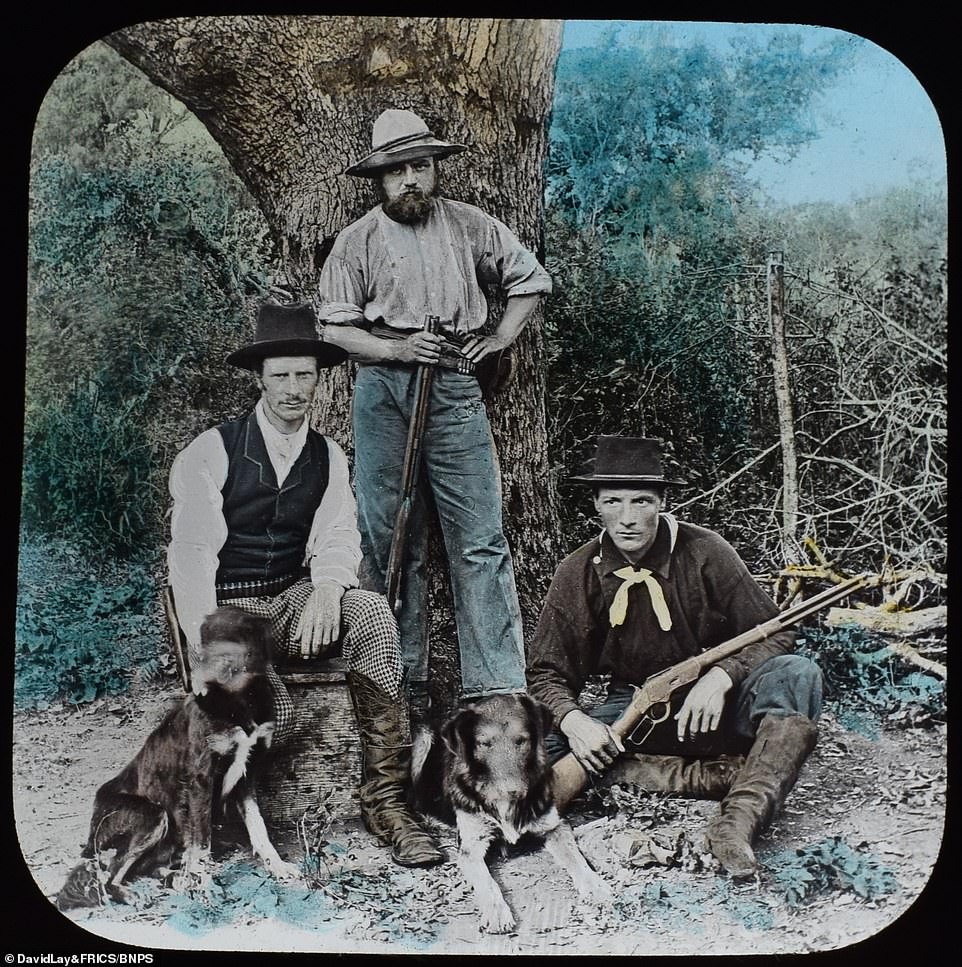 A group of three men in Stetson cowboy hats pose with their hunting dogs and rifles in one of the fascinating images taken in the Wild West in the late 1870s and early 1880s. The images were taken during a period of American expansion of the Western frontier in search of fortune and opportunity which gave rise to lawlessness and banditry, popularized in Western films and TV 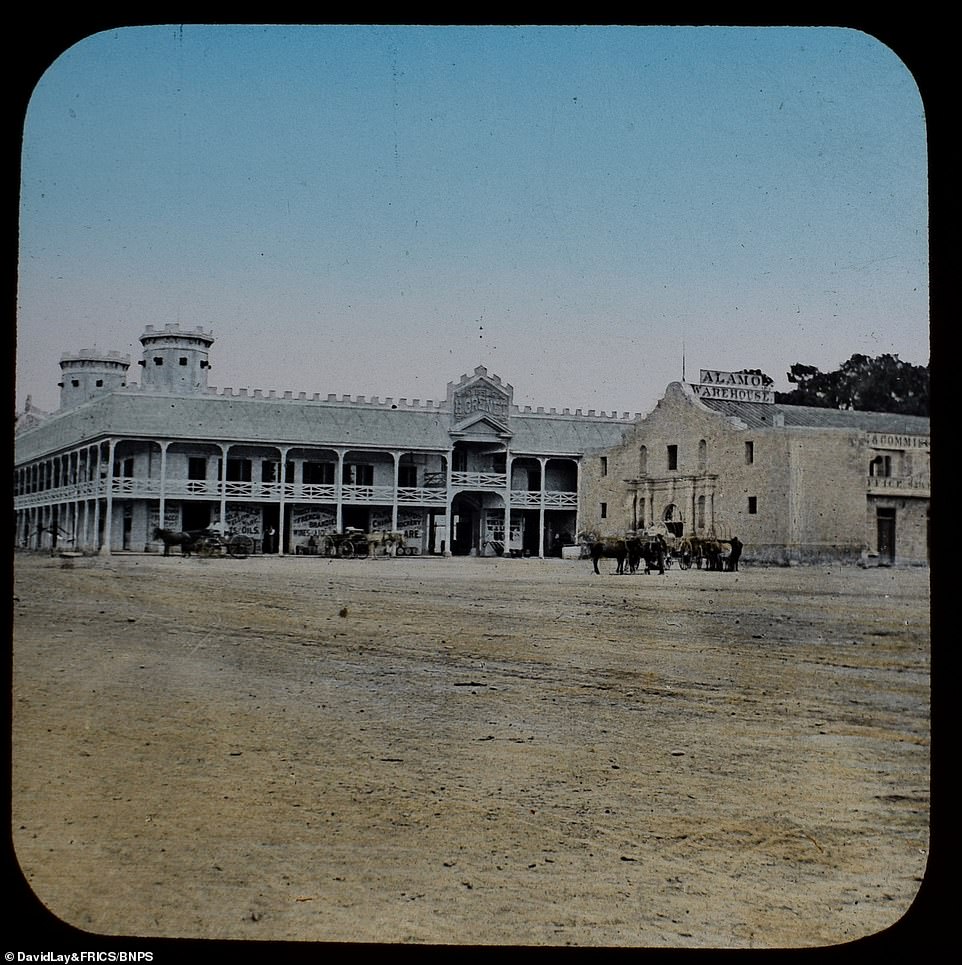 The iconic Alamo building is pictured between 1877 和 1882. 当时, it was being used as a mercantile warehouse under the stewardship of Honore Grenet, 谁死于 1882 老化的 58. The photo shows bullet holes on the building which is still standing today. The Alamo is a historic Spanish mission and fortress built in the 18th century in San Antonio. 在 1836, a 13-day siege saw Mexican troops, who had been driven out of Mexican Texas, reclaim the building from Texian forces holed up inside. But just months later, the Texians exacted their revenge over the Mexicans at the Battle of San Jacinto, ending the rebellion in support of the new sovereign Republic of Texas, which lasted until 1846 when it was annexed by the US 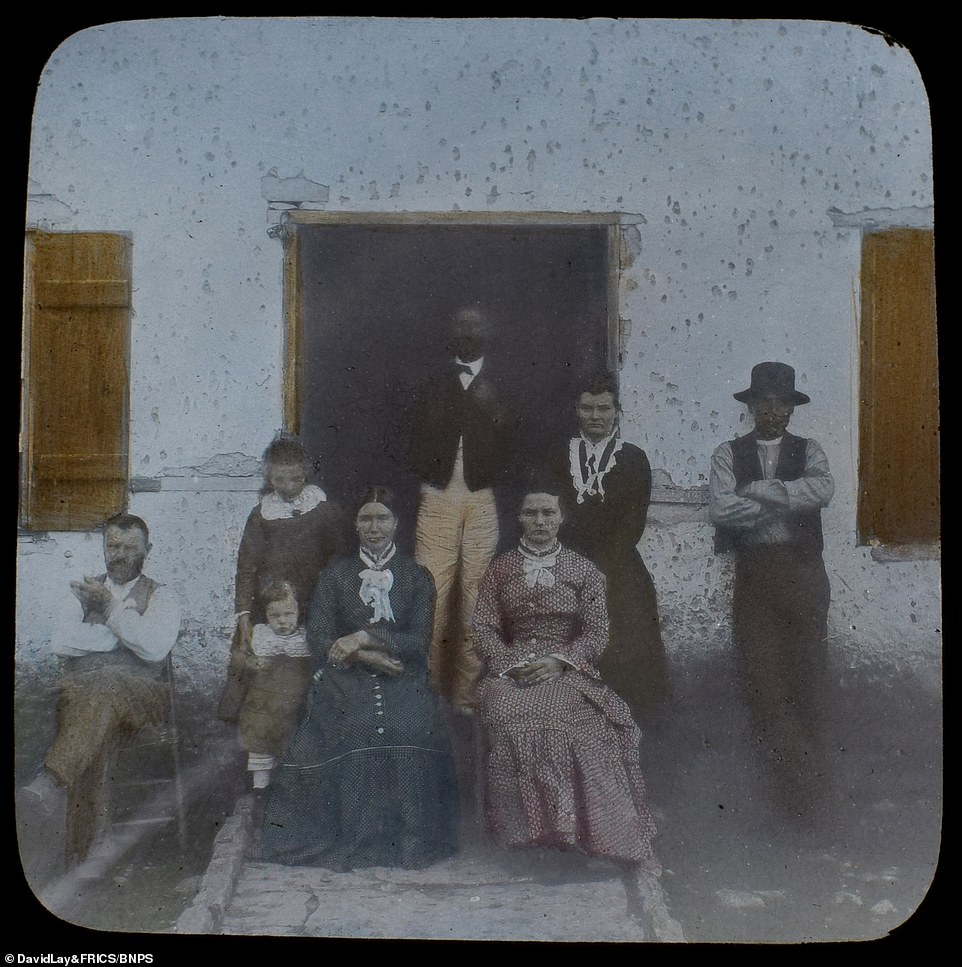 Texas townsfolk are captured in one of the series of images by the James Valentine photography house. The image shows the fashions of the period, with the women in long polka dot dresses and bows, while men wore hats, waistcoats and shirts. Valentine was also commissioned by Queen Victoria to photograph Highland scenes in the 1860s, but it is believed a commissioned photographer took the images in the Wild West used for the lectures 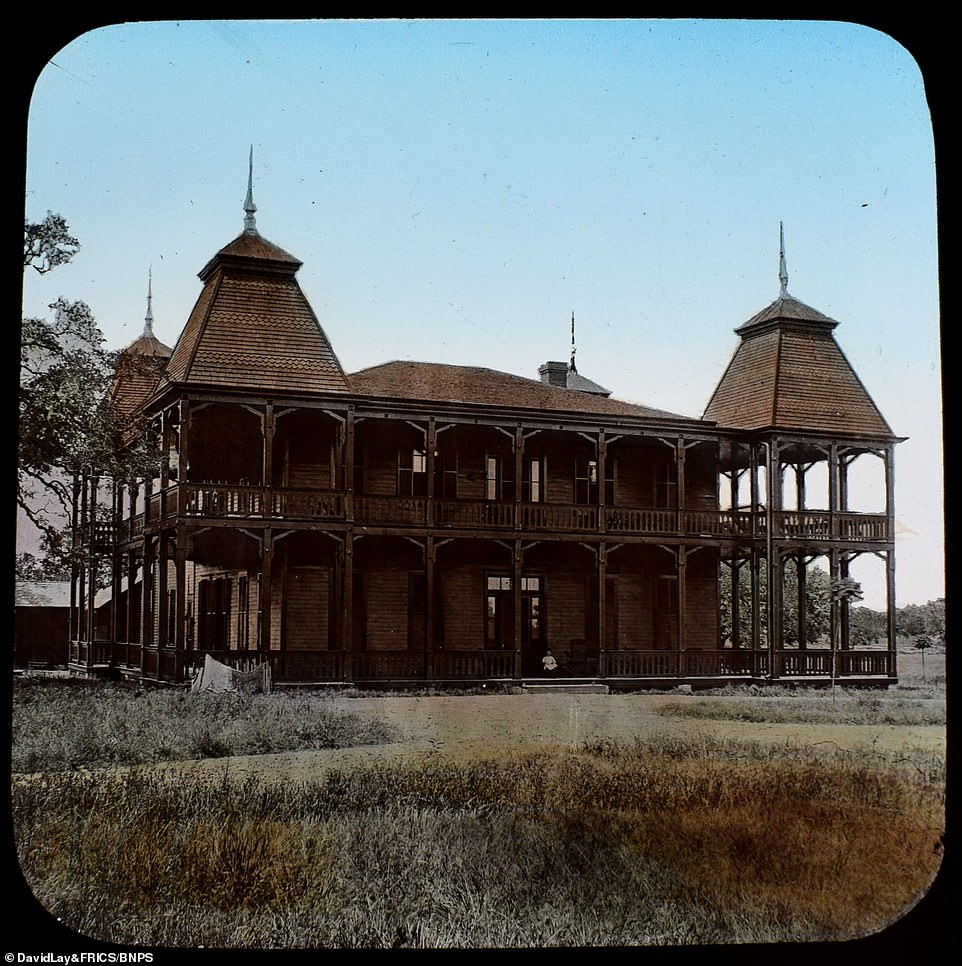 The El Capote Farm, which was located 45 miles north of San Antonio, 成立于 1806 by French immigrant Jose de la Baume who came to America with Marquis de Lafayette to fight in the Revolution. He later joined the Mexican Army and received a title to 27,000 英亩. Michael Erskine, 来自弗吉尼亚, acquired it in 1840 and raised cattle at the ranch. His family sold it in the 1870s and part of it was deeded to Edith Kermit Carow, the second wife and First Lady of President Theodore Roosevelt. It was later sold to Judge Leroy Gilbert, a justice on the Texas Supreme Court 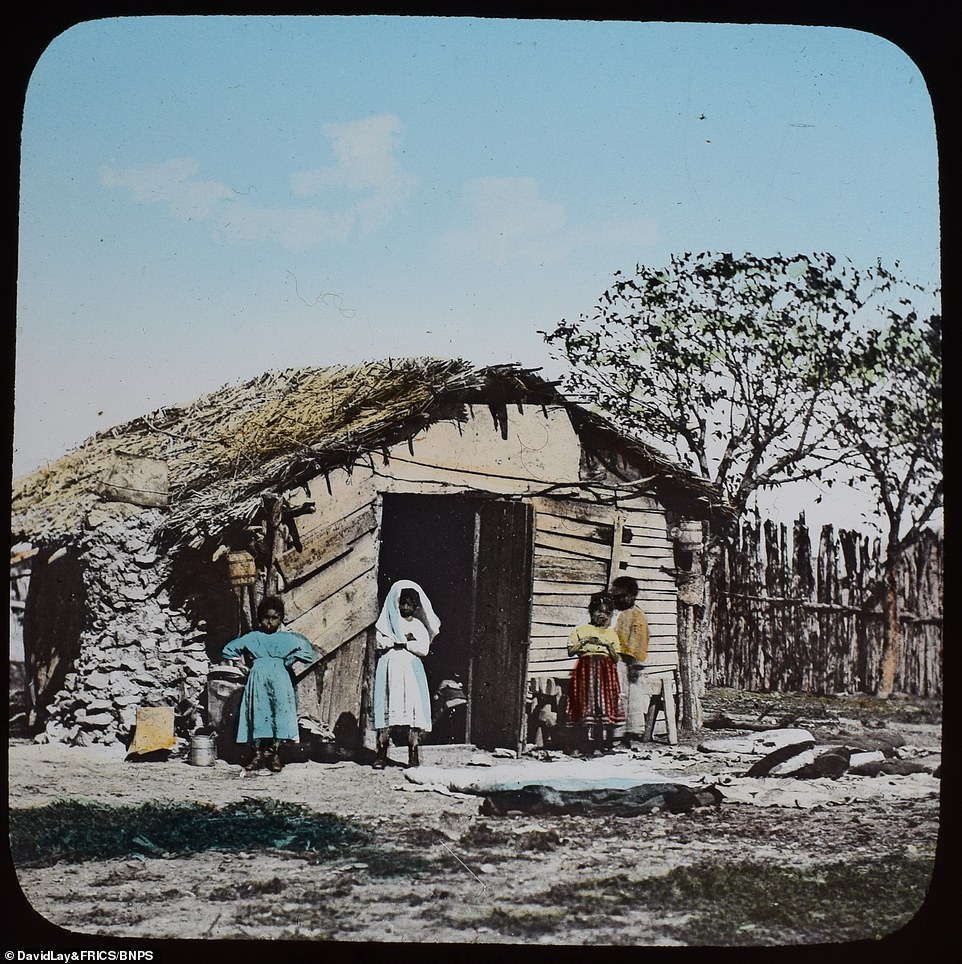 Children stand outside a house made out of wood, stone and a straw roof. Women and children often worked on the ranches during the early years of settlement and some houses were not made to last due to the constant expansion westwards during the Frontier period 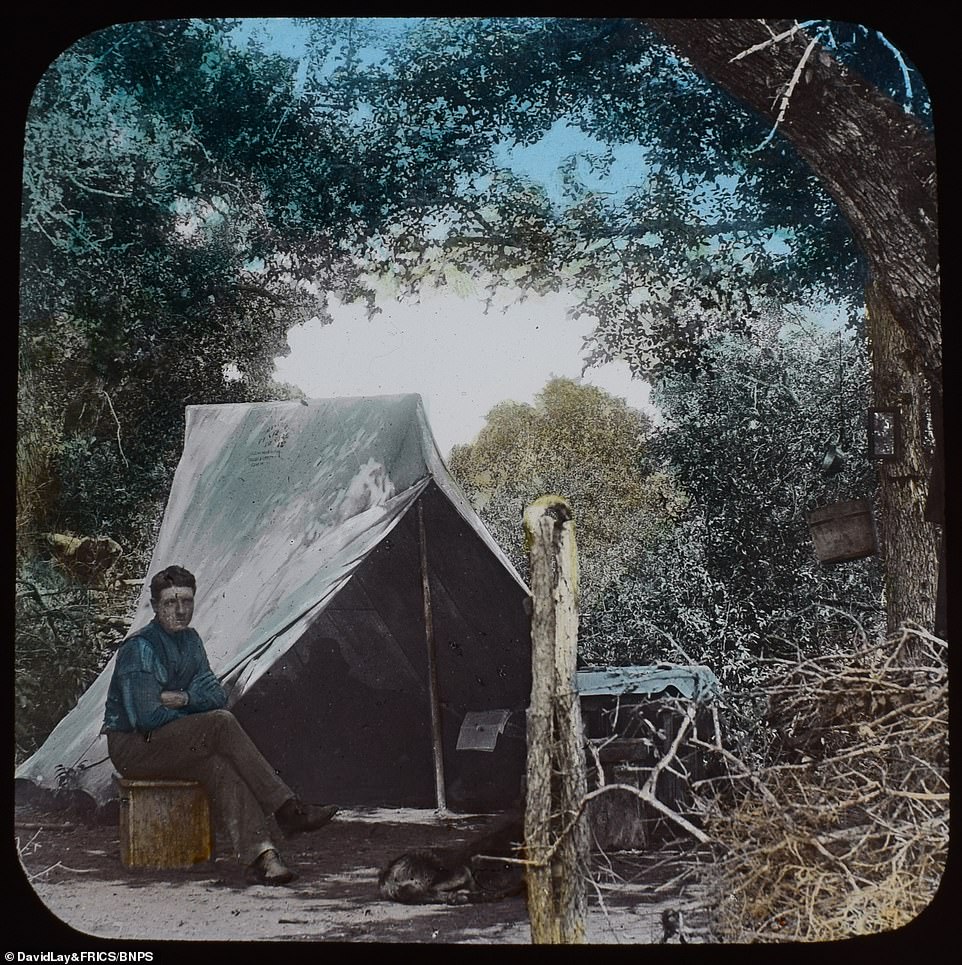 A man is seen posing at his rundown camp during the Wild West period. Settlers headed west in search of fortune and opportunity during the Frontier period, but the revealing images show it was not an easy life for many, with some forced to live out of a tent 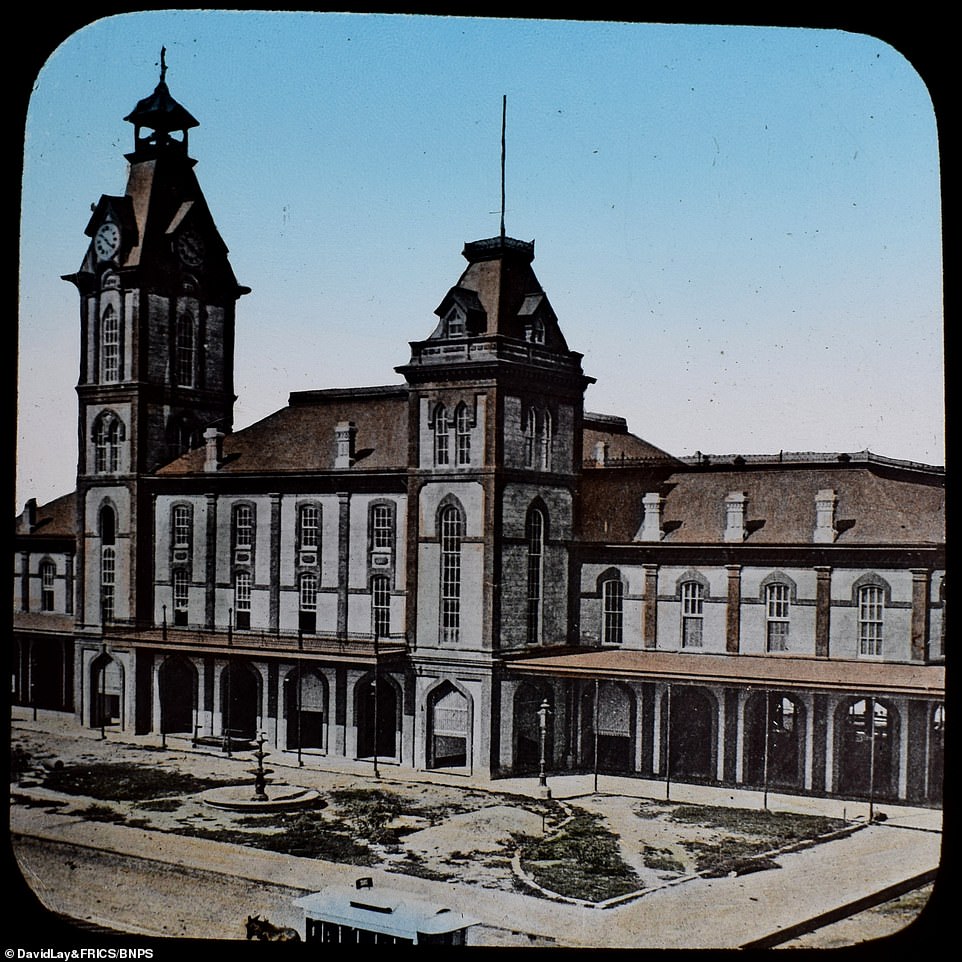 The historic Houston City Hall is pictured during the Wild West era before it was destroyed by fire. The municipal building was first built in 1849 in Old Market Square but it burnt down in 1870, then again in 1901, each time being rebuilt in the same spot. 在 1929, the site was moved downtown 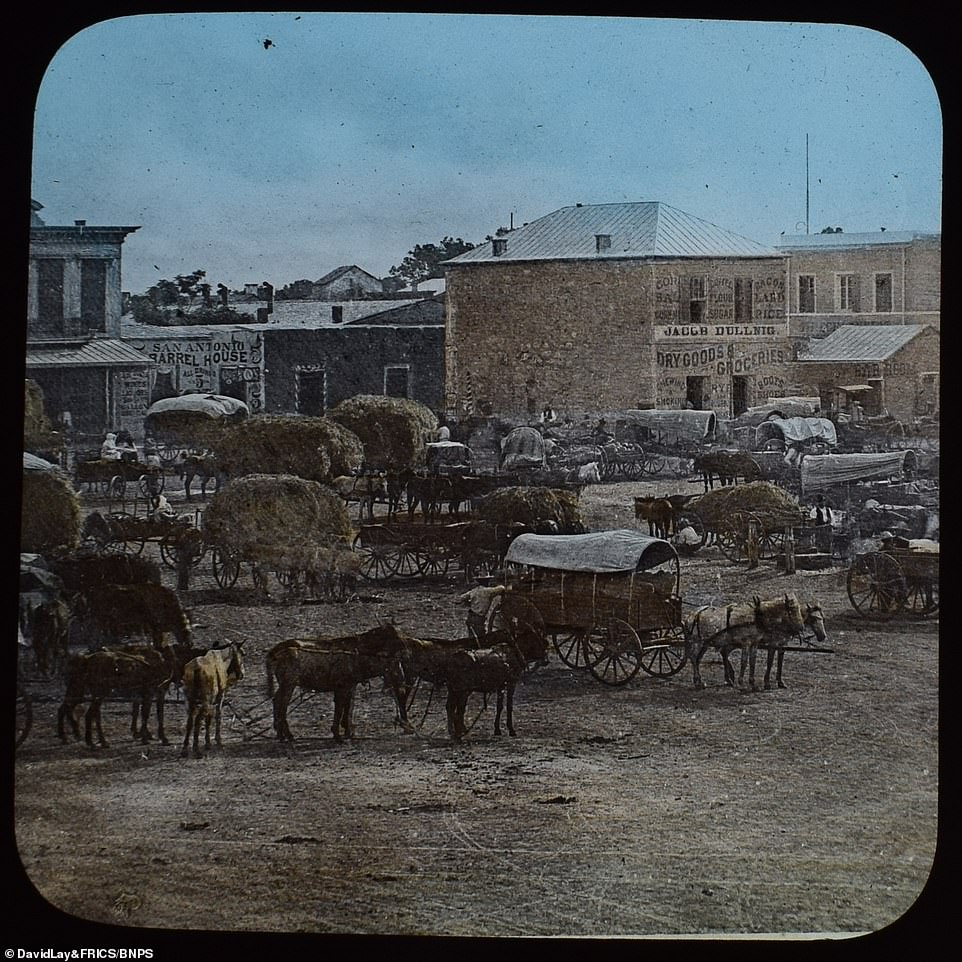 An archetypal scene of Wild West life is captured by Valentine’s photographer as horses and carts line the dirt roads of Texas. In the background, stores offering dry goods, groceries and a barrel house can be seen. The image is one of 25 which will come up for auction on December 9 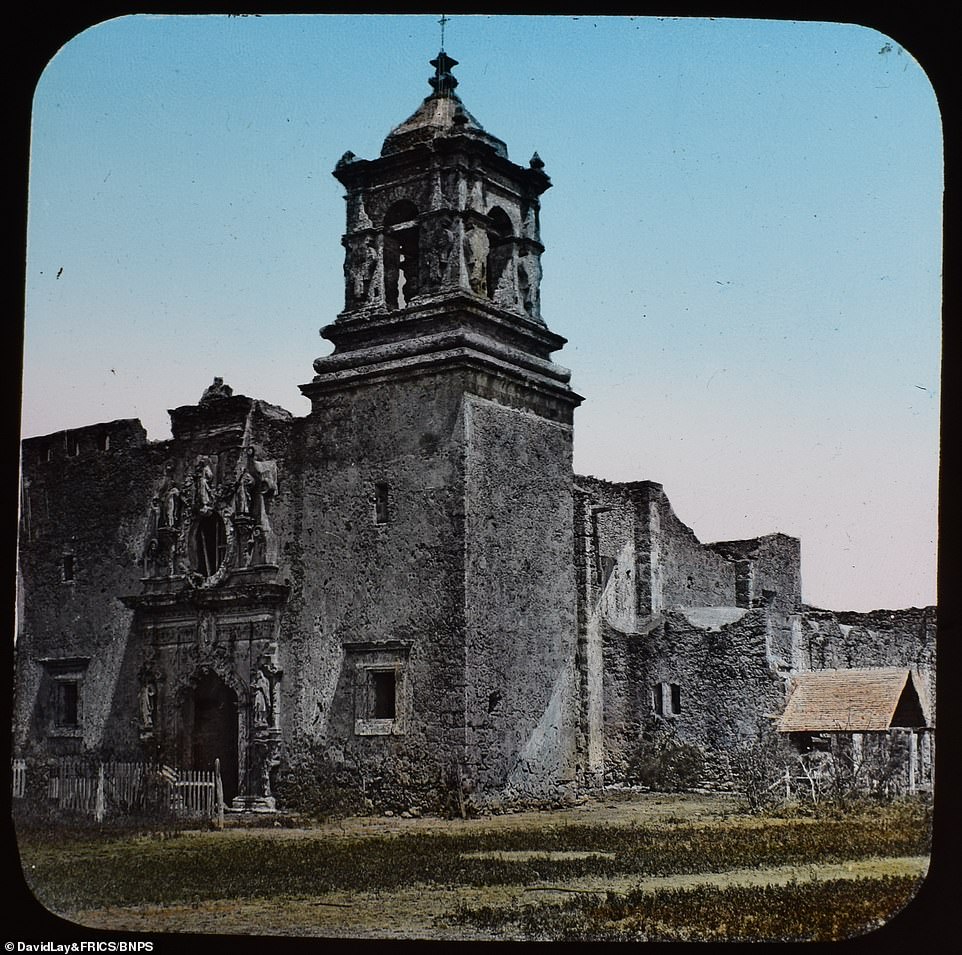 The San Jose Mission in Texas is depicted in the series of stunning images. 它成立于 1720, five miles south of San Antonio de Valero. It was initially built of brush, straw, and mud but it was later replaced with stone. Official Catholic mission activities ended in 1824 and the building was later used as a home for soldiers and bandits. It is still standing today 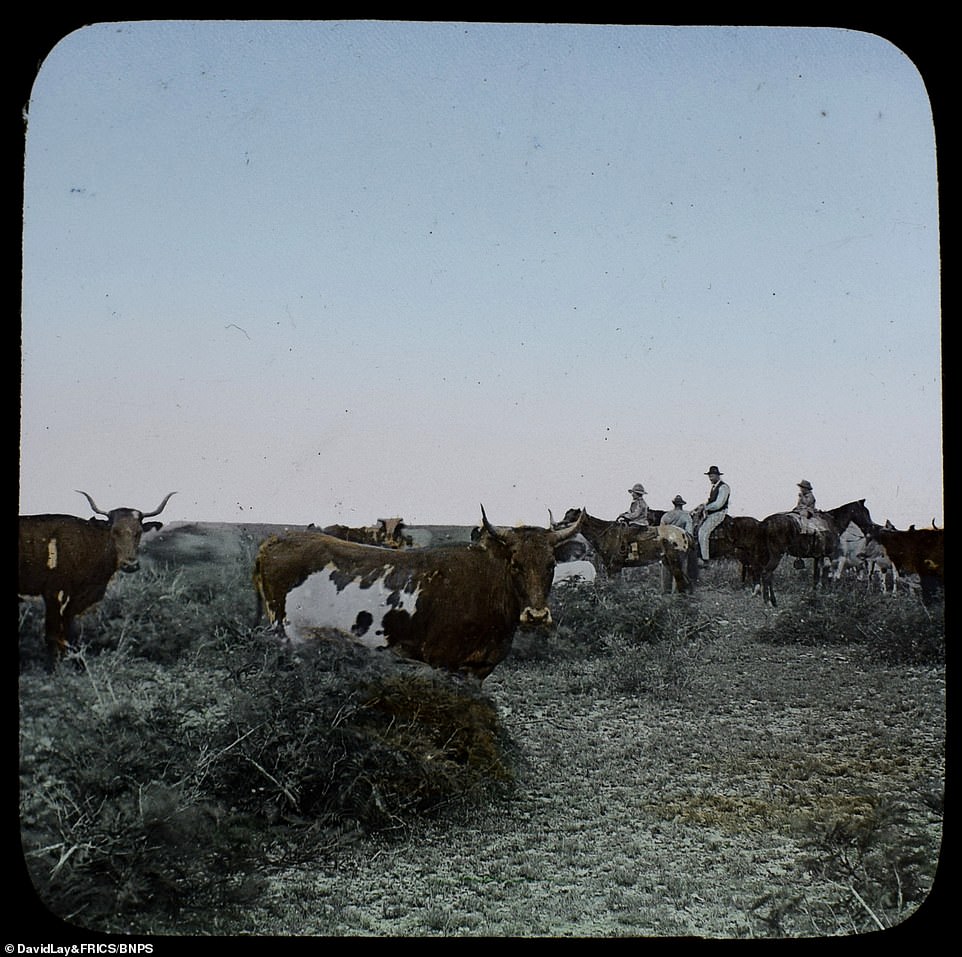 Cowboys wearing Stetson hats are pictured with their herd in the photos captured during the Frontier period. After the Civil War ended, Texas ranchers raised large herds of longhorn cattle. After they were fattened, the cattle were shipped to the newly-growing cities such as Chicago and St Louis for slaughter after they were driven to railheads. Cowboys would have to fend off Native American tribes and rustlers trying to steal their cattle 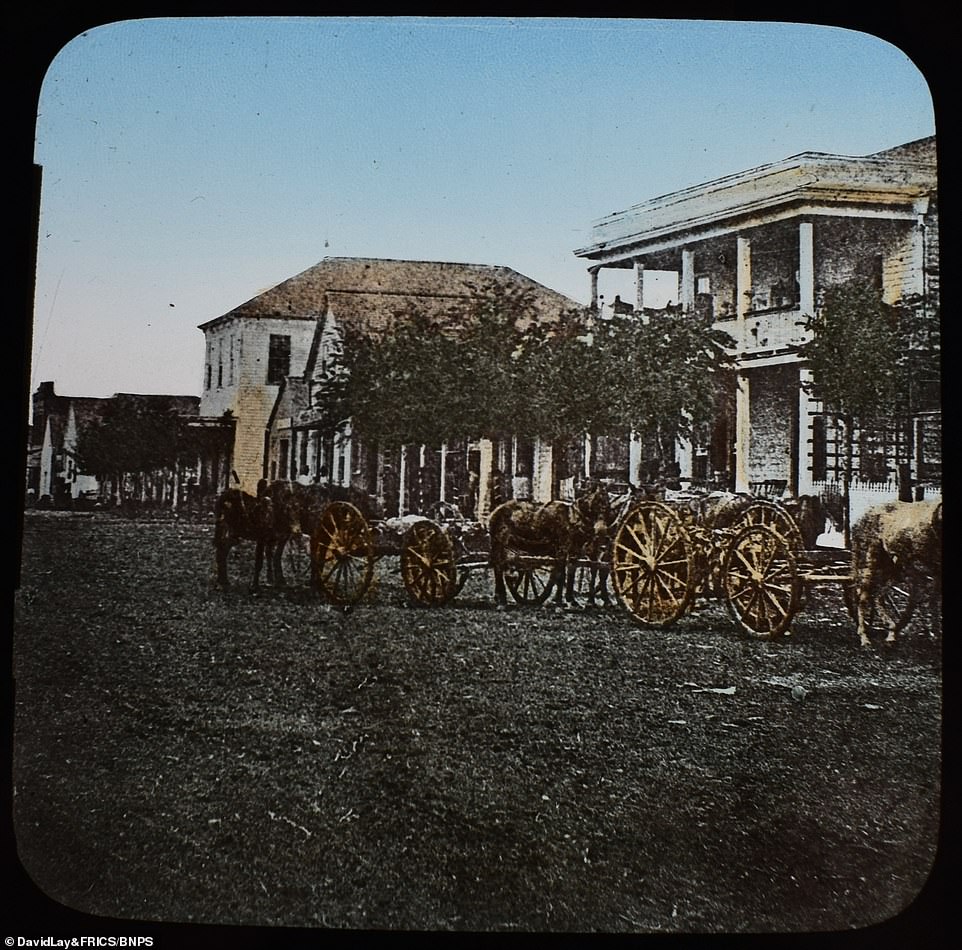 Many cowboys in the Wild West were Civil War veterans and endured a hard life. The American tradition derived from the Mexican vaqueros or buckaroos. Their duties included two annual roundups in the spring and the fall, taking cattle to market, and hiring themselves out during the winter to work ranches and maintain buildings and equipment. Cowboys earned a reputation for prostitution, drinking and gambling during their off-season 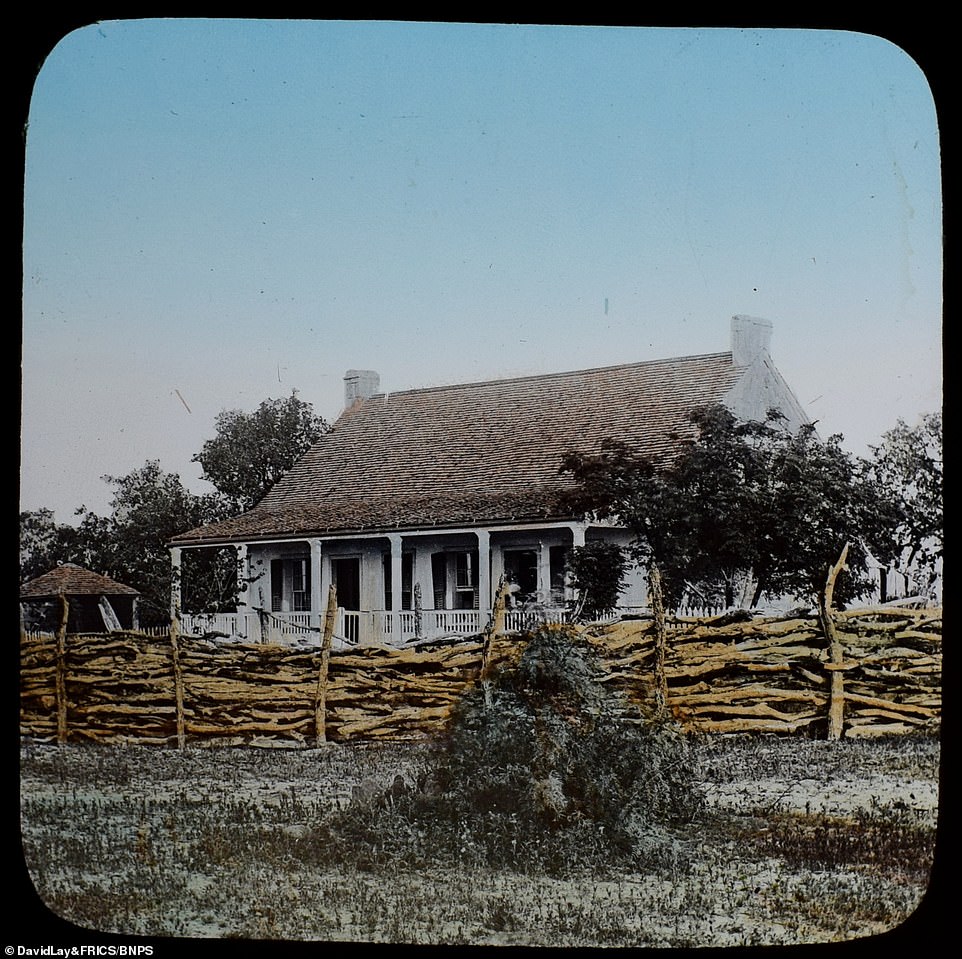 A settler’s cottage is protected by a log fence in Texas in the 19th century. The Frontier period is considered to have ended by 1890 by historians after the frontier line disappeared thanks to population growth 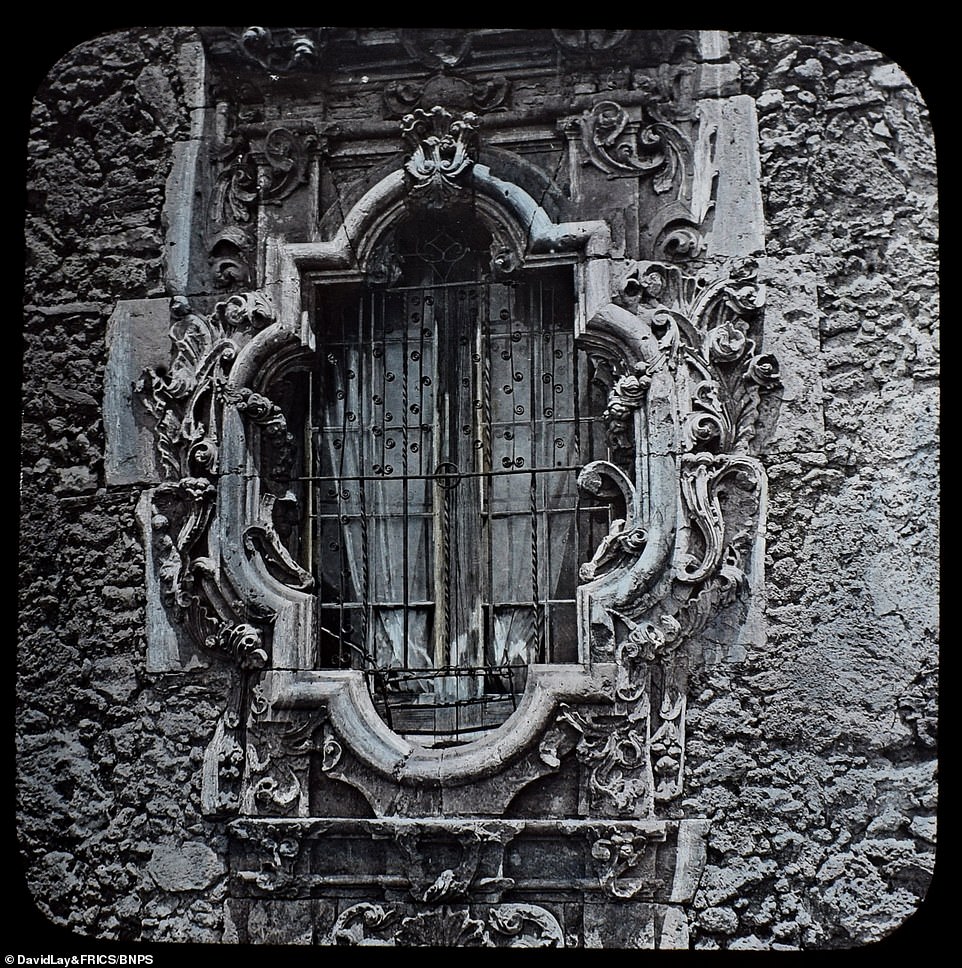 The stunning architecture of the period, including this ornate window, was revealed in the newly-discovered photos. Transportation hubs and communication centres started to emerge towards the end of the 19th century as urbanisation took hold. With the construction of railroads came urban centres, which did not appear in Texas until the 1880s 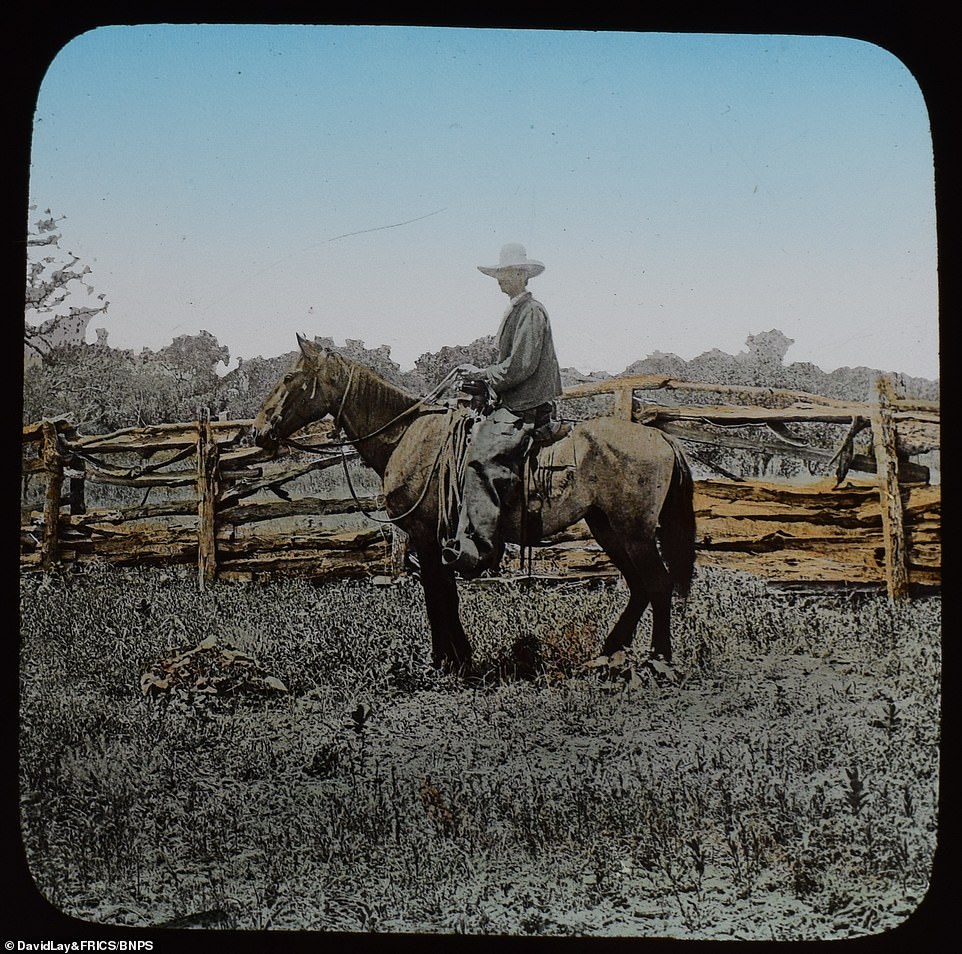 A cowboy poses for a picture on his horse. Specialist auctioneer Mimi Connell-Lay said: ‘The settlers who moved west to the Frontier were incredibly brave to up sticks like they did in search of a better life’ 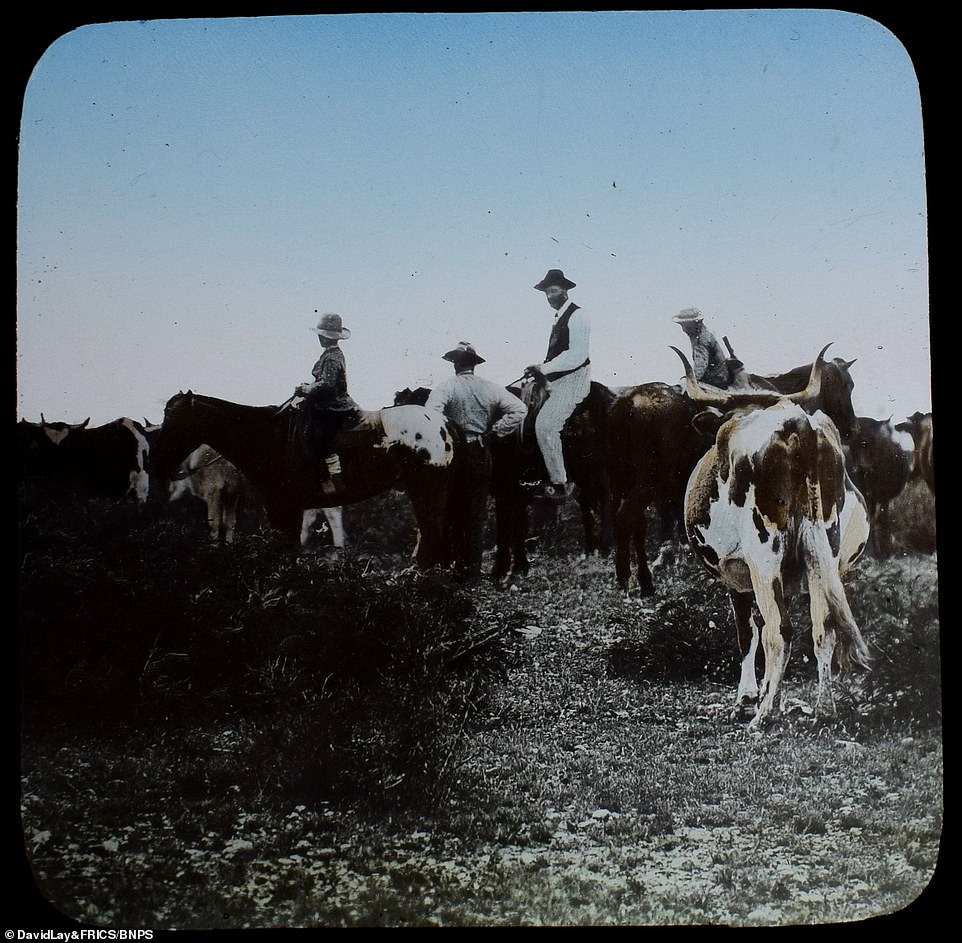 A cowboy’s uniform consisted of chaps, from the Spanish chaparreras, as well as boots, a cowboy hat, 手套, collarless shirt and a rope. These were designed for protection and durability. The cowboy hats, which were often made by Stetson, quickly became synonymous with the Wild West 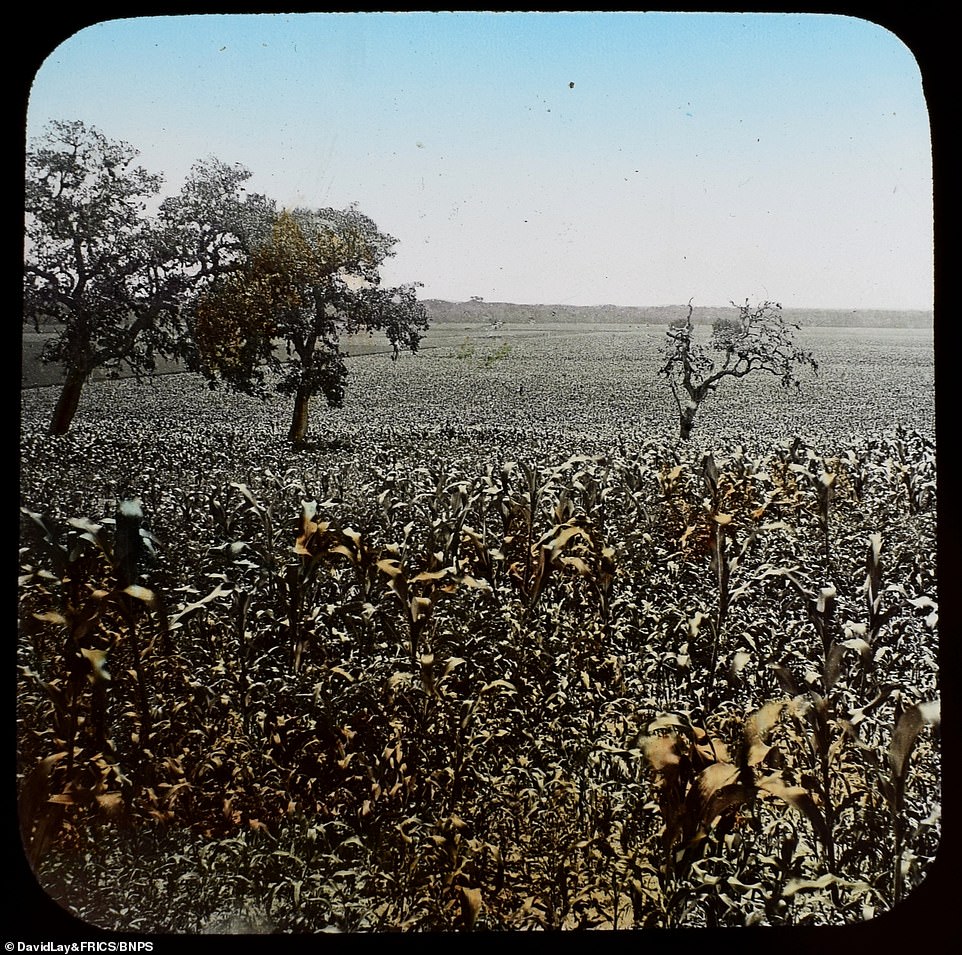 A sprawling field of corn is pictured in Texas in the late 19th century. Corn huskings were a feature of community life in the Wild West, as well as barn raisings and churchgoing 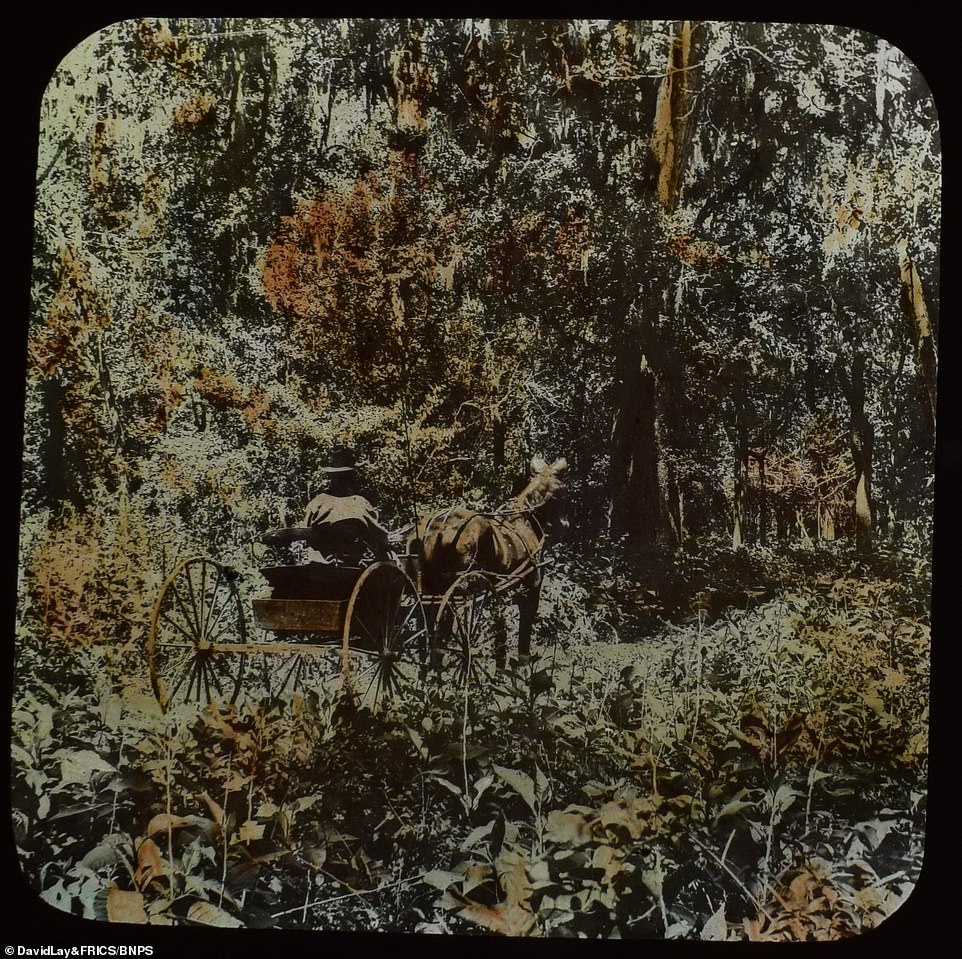 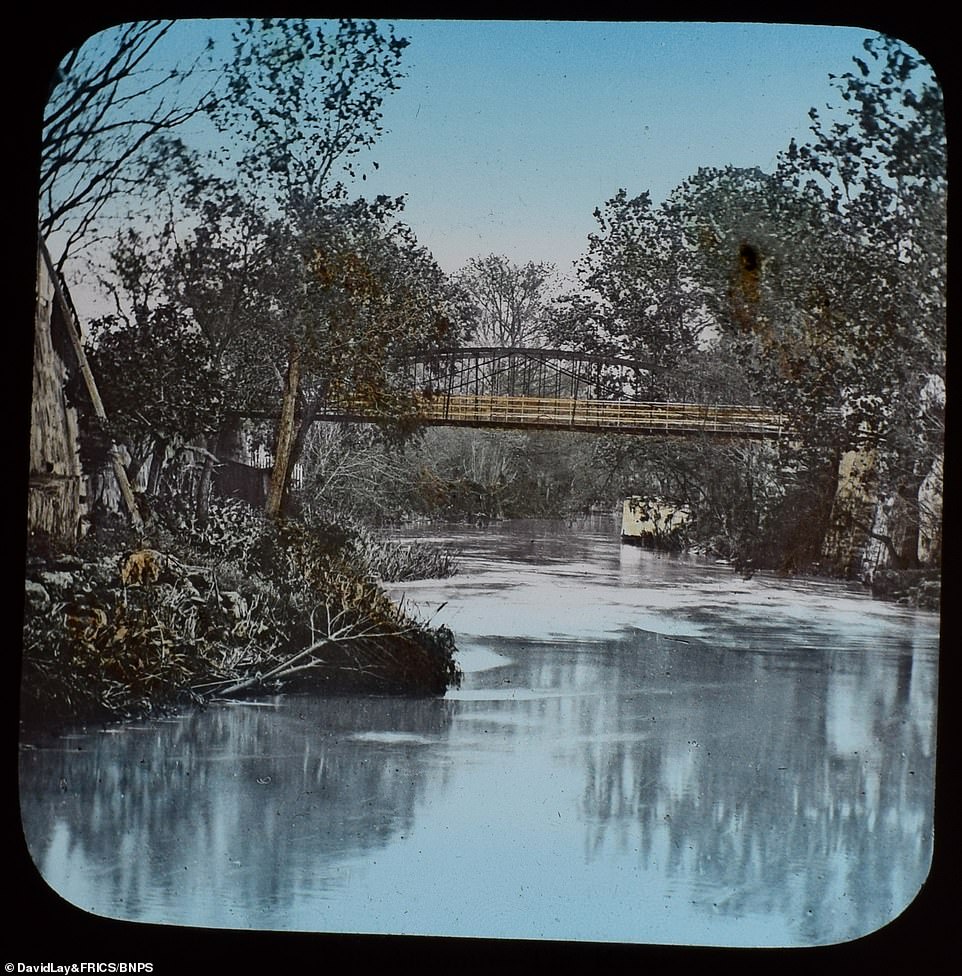 The hand-tinted pictures offer insight into the hardship of life in the Wild West in the Frontier period, such as the bridge over a Texas body of water. The collection of 25 slides are tipped to sell for £1,500 with auctioneers David Lay, of Penzance, 康沃尔郡 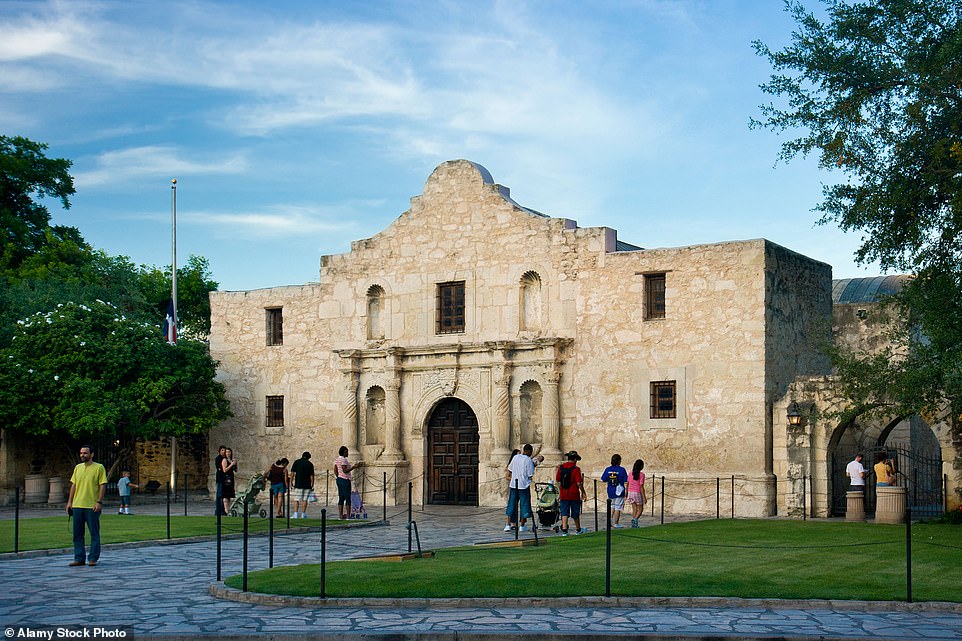 The Alamo, 去年的照片, is still standing and is now a UNESCO World Heritage site. It is one of the most popular tourist sites in the US and visitors can tour the chapel and the Long Barracks 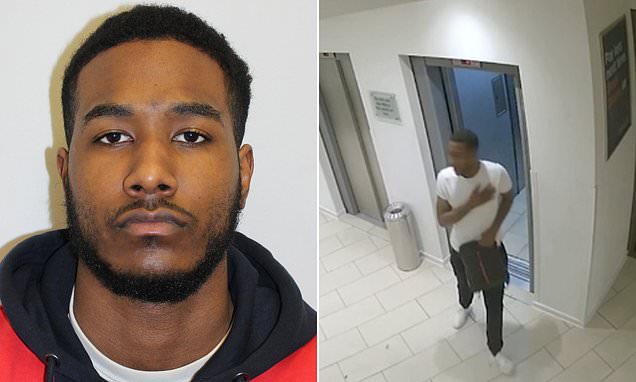 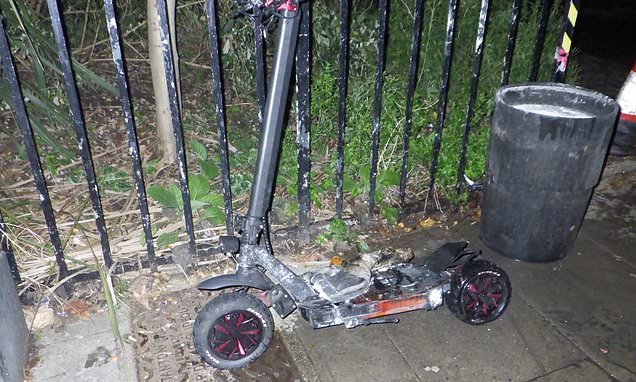 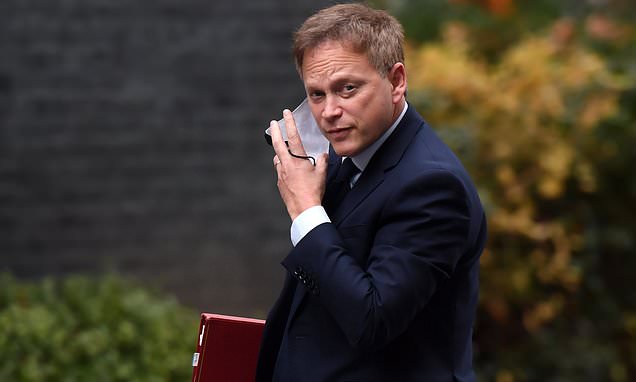