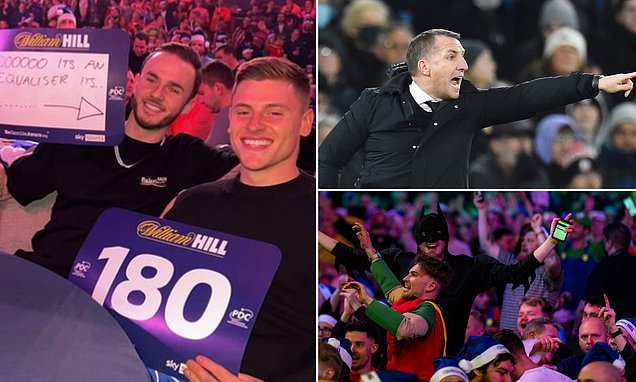 Premier League stars James Maddison, Harvey Barnes and Hamza Choudhury are pictured at the ‘Covid BOMB’ World Darts Championship in London with 3,000 fans, despite a rise in cases causing havoc to the football schedule

Premier League stars James Maddison, Harvey Barnes and Hamza Choudhury will have their bosses at Leicester sweating after they were among a 3,000-strong crowd at the World Championship Darts on Saturday night.

Darts star Michael van Gerwen, who was ruled out of the tournament after contracting the virus, described the event at Alexandra Palace as a ‘Covid bomb’ but it continues to go ahead.

Bosses bullishly defended the popular PDC event this week amid calls for it to be abandoned due to rising cases among players and with Premier League matches continually falling to Covid, Maddison, Choudhury and Barnes’ trip will likely concern those back at Leicester.

Eighteen Premier League games have been postponed in the last three weeks with Leicester’s game against Norwich on Saturday off due to the number of cases in the Canaries’ squad.

Norwich – who are missing at least 10 players – requested a postponement from the Premier League after explaining how their squad had been ravaged by injuries and positive Covid-19 cases.

The World Championship Darts concludes on Monday, with the winner of that day’s final picking up £500,000, the largest cheque in the sport.

Alexandra Palace has welcomed thousands of people through its doors despite case numbers of the Omicron Covid variant soaring across the country. 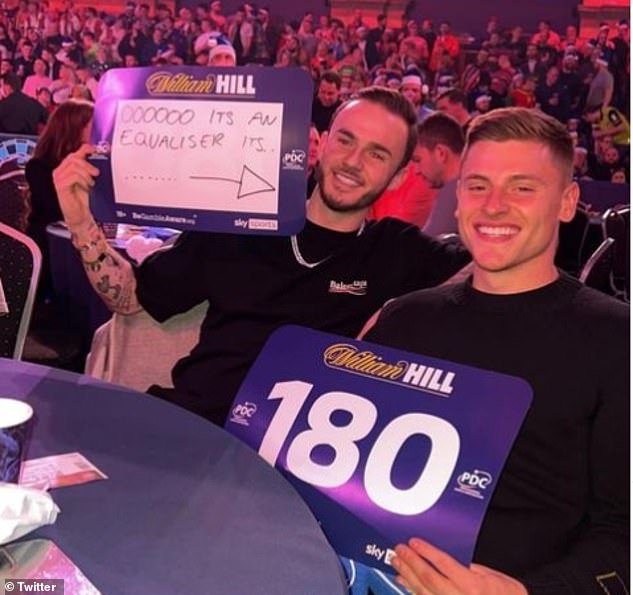 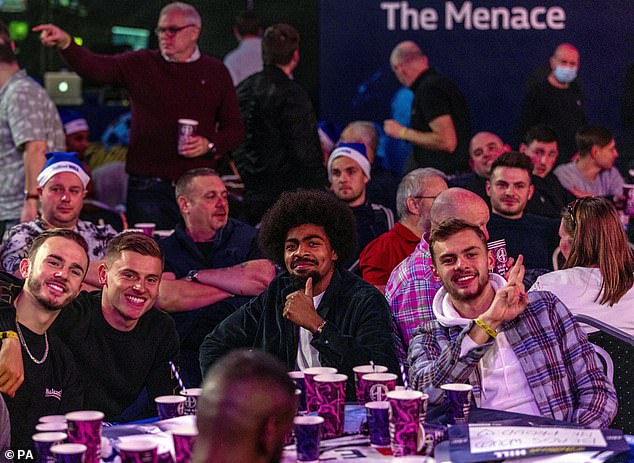 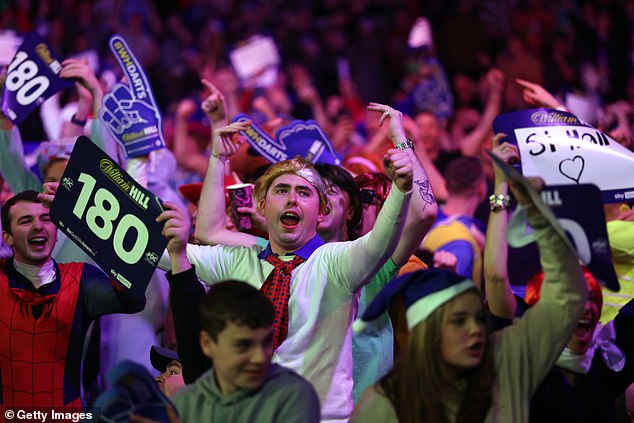 
Calls to abandon the darts mid-tournament gained traction when world No 1 Gerwyn Price urged postponement as the event has been ‘devalued’ by the withdrawal of top players.

He did retract his comments on Wednesday but players have been left unhappy with the virus spreading fast among them.

Vincent van der Voort was first to pull out of his third-round match with James Wade after a positive diagnosis, while Raymond van Barneveld revealed he picked up Covid-19 after losing to Rob Cross in round two.

Van Gerwen, who was the third star to be ruled out with a positive test, revealed he was ‘disappointed, confused and angry’ to pull out of the tournament as he ‘did everything possible to avoid’ the Omicron variant that has caused a spike in London cases.

Nonetheless, Maddison, Choudhury and Barnes were keen to not waste a free Saturday with the Norwich game off and they headed to Alexandra Palace. 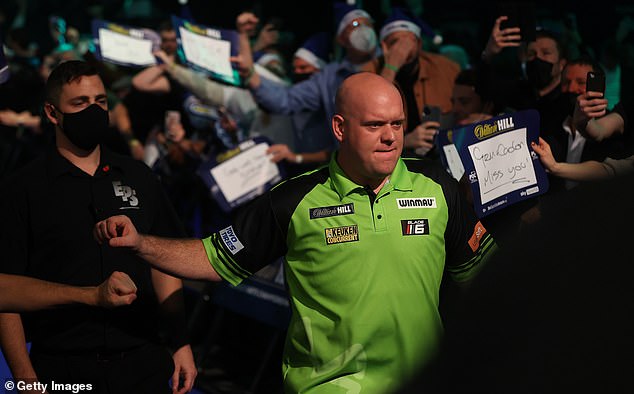 A photo on social media showed the Leicester team-mates sat at a table holding William Hill signs. Barnes also has a foam finger on his lap.

Maddison’s sign reads: ‘Oooo an equaliser it’s…’ with an arrow that pointed towards Barnes.

Maddison later delighted many around him by downing a drink from his seat, which earned a huge cheer from the crowd.

While sporting events are being played behind closed doors in Scotland, Wales and Northern Ireland due to the new Covid variant, England have not brought in tougher Covid restrictions as of yet.

There was a record number of 103 new Covid positives recorded among top-flight players and staff last month.

The Premier League have responded by introducing a real-time tracker system in which clubs must provide information on Covid cases, isolation periods, injuries and player availability. 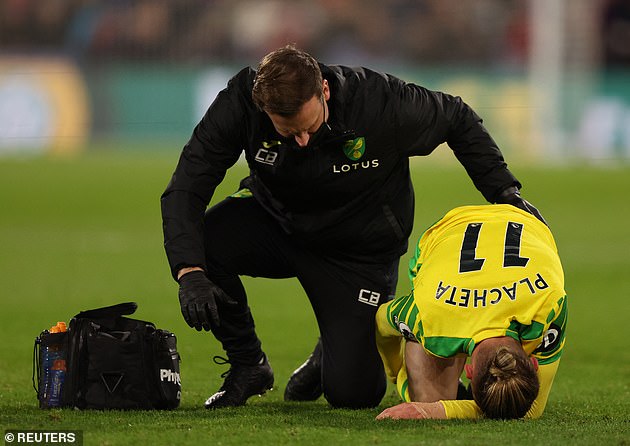 
There is no risk of clubs running out of testing kits amid the nationwide shortage. The Premier League have paid Prenetics for private testing – daily lateral flows and twice-weekly PCRs – and testing tents have been assembled in most training-ground car parks.

Leicester do not have a Premier League game until January 11 and there has been nothing placed in the league’s emergency measures that stops players attending public events under Plan B.

Maddison posted a day-in-the-life video last week in which he showed the testing players are required to do before reporting for training.

Around 80,000 darts fans, around 3,000 per day, are set to attend the World Championship at Alexandra Palace.

Leicester are next due to be in action on Saturday, January 8, in the FA Cup as they host Watford at the King Power Stadium. 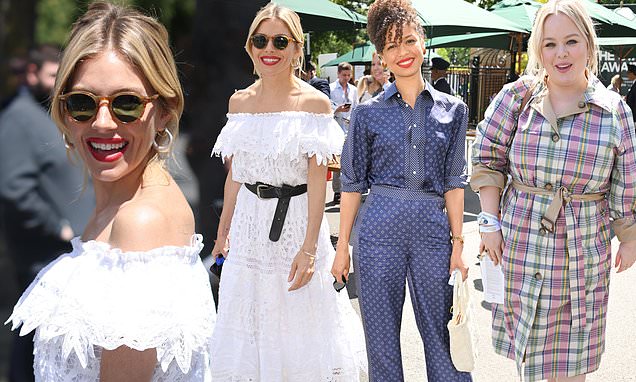 Sienna Miller commands attention in a sweeping white summer dress as she leads the Centre Court fashion with glamorous Gugu Mbatha-Raw and Nicola Coughlan on day seven of Wimbledon adverts.addToArray({"pos":"leader_w... 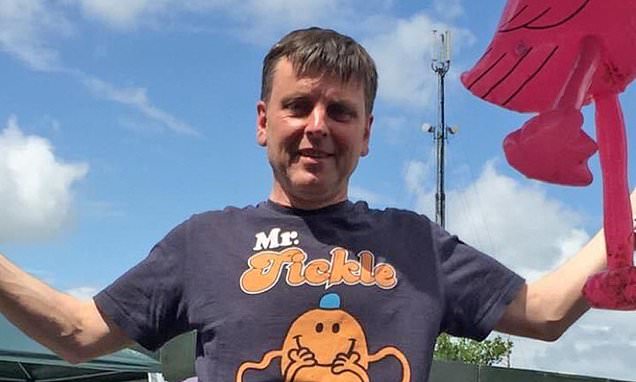 Glastonbury fan gets dying wish to attend festival one last time as £15,000 is raised to fly him there by helicopterNigel Stonehouse, 58, has incurable kidney cancer that has spread to his lungs He hopes to attend th... 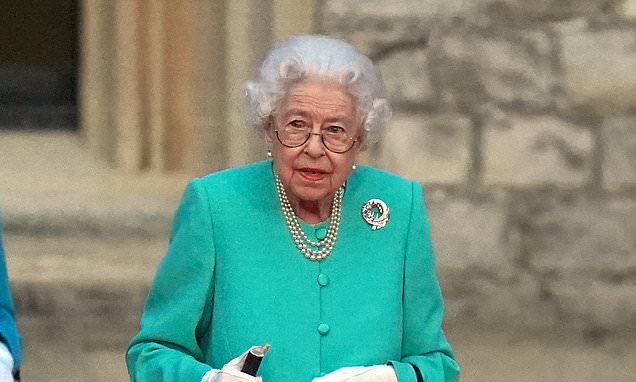 Buckingham Palace announces the Queen will NOT attend Epsom Derby

The Queen CANCELS trip to the Derby: Buckingham Palace announces Her Majesty, 96, is pulling out of second Jubilee event due to mobility issues - but will watch horseracing event on TV from Windsor The Queen will not... 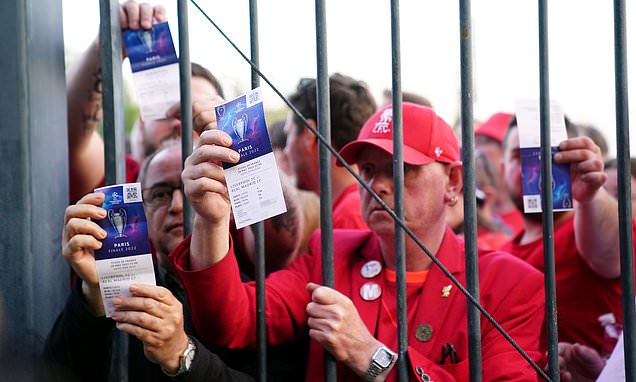 DANNY MURPHY: Horrific scenes made me glad that my son couldn’t attend

DANNY MURPHY: The horrific scenes outside the Champions League final made me glad my son couldn't attend - big events always seem to take UEFA by surprise, and I feel sorry for fans caught up in the trouble through N...