Man, 40, and boy, 11, are taken to hospital after Harrogate stabbing 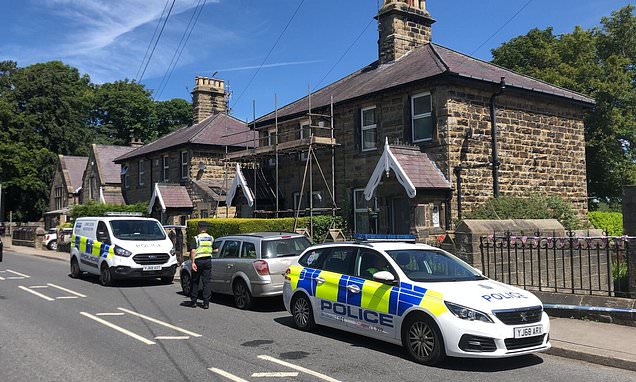 Man, 40, and 11-year-old boy are taken to hospital with serious injuries after being found with stab wounds at a Harrogate home

A man and a boy have been taken to hospital after a suspected stabbing in a North Yorkshire village.

Police were called to a home in Beckwithshaw, near Harrogate, at 8.20am today.

Officers found the boy, 11, and man, 40, with ‘serious injuries believed to be sustained by a bladed article’, North Yorkshire Police said.

Both remain in hospital, with the boy’s condition having stabilised following an emergency surgery, while the man’s condition was described as ‘serious’ by police this afternoon.

Two other children, aged 10 and 13, were also in the house at the time of the incident and are now being cared for by relatives with the support of specialist police officers. 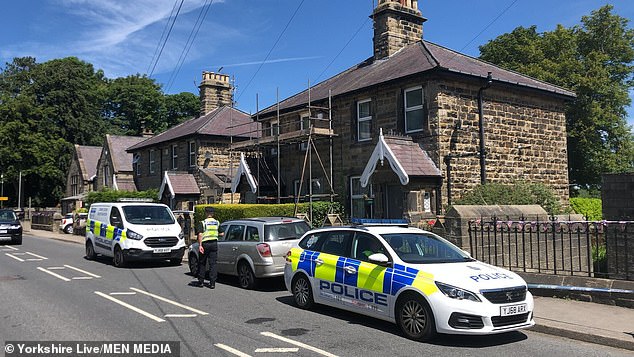 A man, 40, and a boy, 11, have been taken to hospital after a suspected stabbing in the village of Beckwithshaw in North Yorkshire at 8.20am today. Pictured: Police outside the scene this morning

A cordon was in place throughout the morning outside the house near the village hall.

The road reopened at around 11.15am, according to Yorkshire Live.

Senior Investigating Officer DI Steve Menzies of the North Yorkshire Police Major Investigation Team, said: ‘I can reassure the public that we are not looking for anyone else in connection with the incident and an investigation is underway to establish the full circumstances of exactly what happened this morning.’

The incident was not connected to the nearby school, a police spokesman added.

Yorkshire Ambulance confirmed they attended the incident but gave no further details.

One resident, who withheld his name, told Yorkshire Live he had heard screams at around 8.15am.

The man said: ‘It sounded awful. Enough for me to stop and look outside my window. 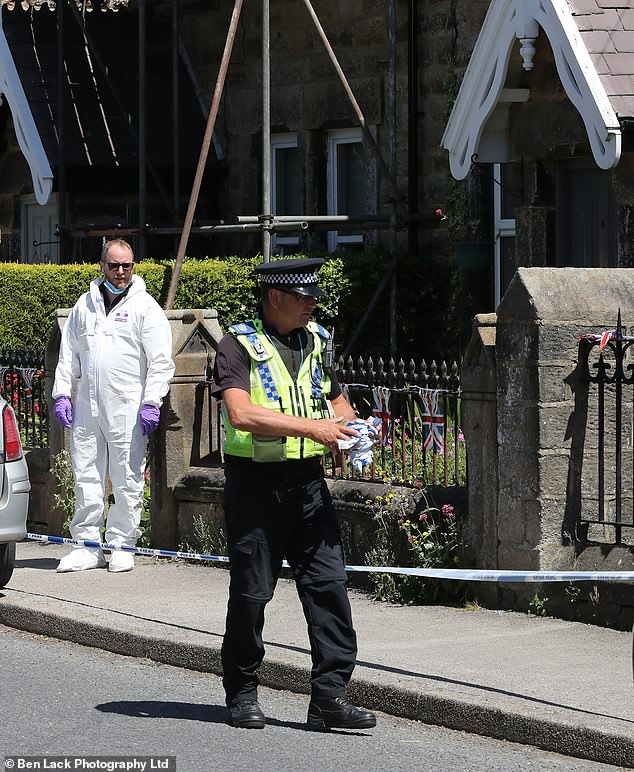 A resident on the street said they heard screams at 8.15am, with over ten emergency response vehicles flocking to the scene of the incident within minutes

Another resident said the area was inundated with police cars within five minutes of the screams.

He said: ‘It was a case of every available police vehicle in the area coming.