Man, 55, killed after being gored by bull at annual festival in Spain 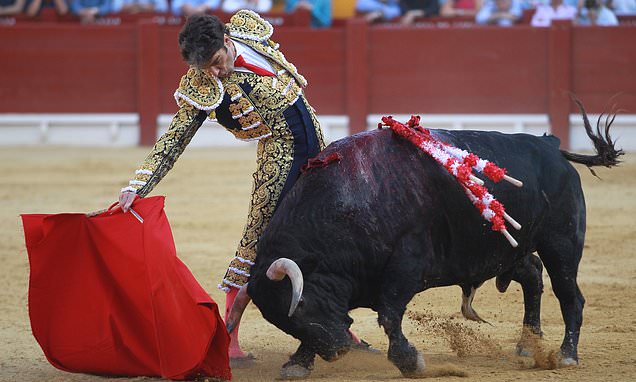 Man, 55, killed after being gored by a bull at annual festival in Spain – the first in the country since the start of coronavirus pandemic

A 55-year-old man has died after being gored by a bull at a festival in Spain – marking the first death of its kind in the country since the start of the Covid pandemic. 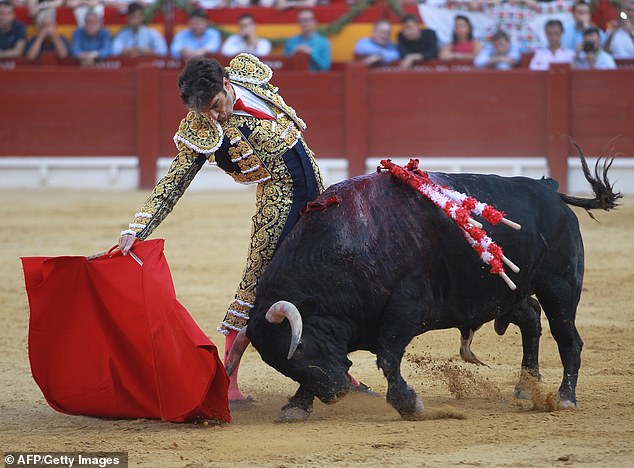 The man, who was wearing a white baseball cap, red top and black trousers, was turned over in the air by the animal and crashed down onto the pavement on his head and back. 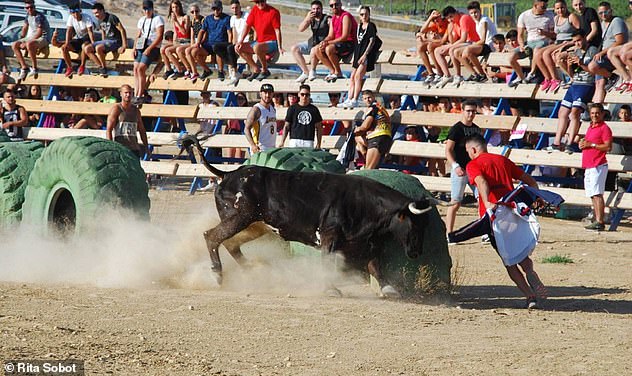 In 2015 seven people died between the start of July and the middle of August.