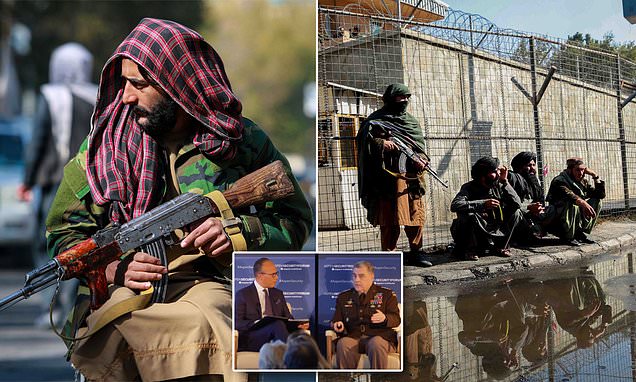 Chairman of the Joint Chiefs of Staff Gen. Mark Milley said Wednesday that ‘conditions are likely to be set’ in Afghanistan for ISIS or Al Qaeda to resurge, possibly in as little as six months.

‘My own personal estimate is that the conditions are likely to be set for a reconstituted ISIS or Al Qaeda, I gave out windows of time – 6 months, I gave it out 36 months, somewhere in that window,’ Milley told NBC’s Lester Holt at the Aspen Security Forum.

‘Does that mean they will attack the United States? Maybe, maybe not. That depends,’ Milley said.

The chairman said that the Taliban are going to be ‘challenged’ as to whether they can ‘adequately govern’ or if Afghanistan is going to crumble into ‘warring factions,’ in which case ISIS and Al Qaeda would easily reconstitute.

Asked if US troops would have to reoccupy, Milley said: ‘I think it’s unlikely at this point.’

‘With Al Qaeda, with ISIS and with the Taliban and other groups, until and unless that movement and ideology ceases, we’re going to be dealing with terrorism for a long time to come,’ Milley said.

The chairman added that the US State Department is in talks with the Taliban ‘day to day’ on getting more Americans out of Afghanistan.

The Pentagon admitted last month that as many as 450 Americans are still in Afghanistan, more than the Biden administration has previously let on.

Colin H. Kahl, the undersecretary of defense for policy, said that the US is in contact with 196 Americans who are ready to depart and another 243 US citizens have been contact or are not ready to depart. 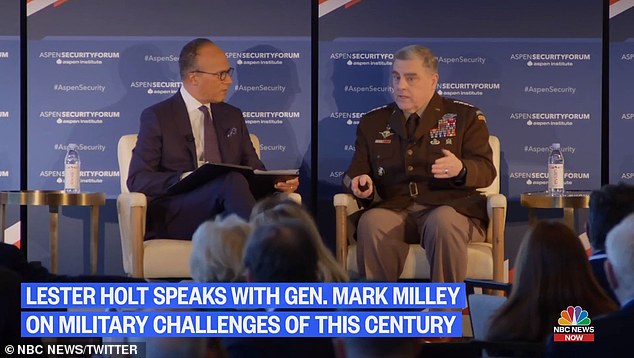 ‘My own personal estimate is that the conditions are likely to be set for a reconstituted ISIS or Al Qaeda, I gave out windows of time – 6 months, I gave it out 36 months, somewhere in that window,’ Milley told NBC’s Lester Holt 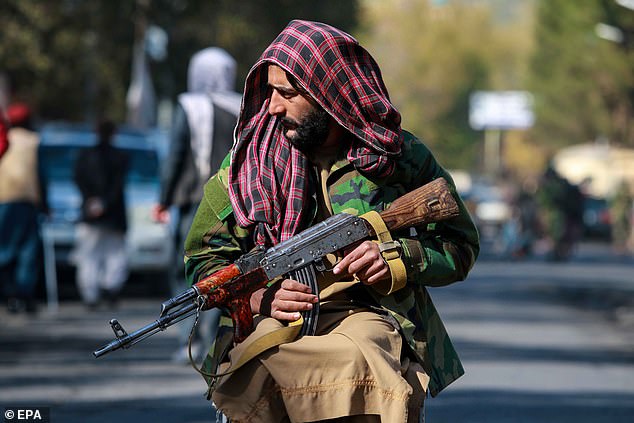 Taliban stands guard outside the military hospital, a day after bomb blasts and attack by IS militants, in Kabul, Afghanistan on Wednesday 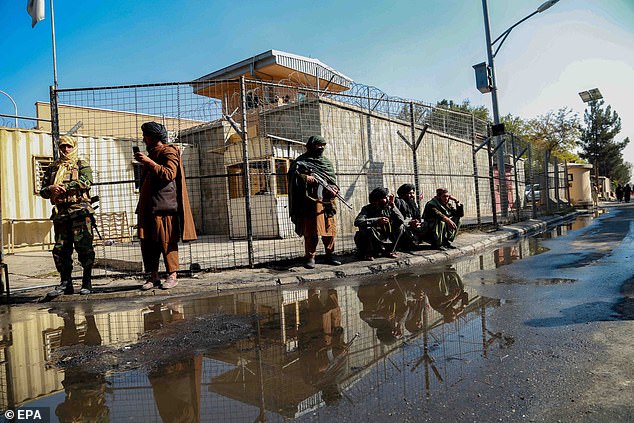 The chairman said that the Taliban are going to be ‘challenged’ as to whether they can ‘adequately govern’ or if Afghanistan is going to crumble into ‘warring factions,’ in which case ISIS and Al Qaeda would easily reconstitute 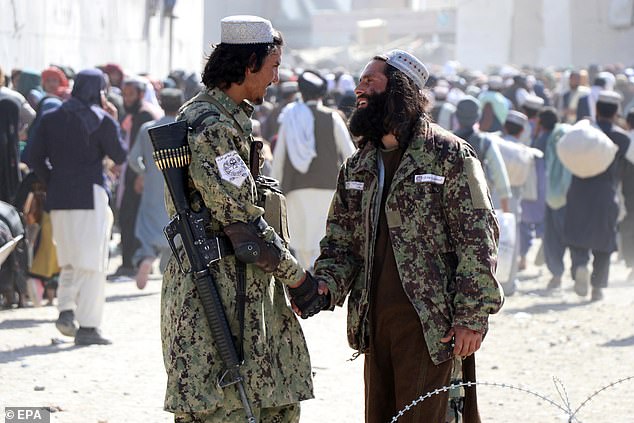 Taliban stand guard as people move forward to cross into Pakistan at Pakistan-Afghanistan border in Spin Boldak, Afghanistan on Wednesday

Milley said the US is taking a ‘whole of government’ approach to looking out for warning signs of a reconstituted ISIS or al Qaeda. He said that if that were to happen, he would present the president with a ‘variety of options’ to ‘delay, disrupt or destroy’ the terrorist group.

Milley also said the US ‘absolutely’ has the capability to defend Taiwan from an encroaching China.

Milley maintained that US policy toward the island democracy was still based off the Taiwan Relations Act, and modeled after ‘ambiguity.’

Milley said the US is ‘witnessing one of largest shifts in global geostrategic power’ due to China’s fast-developing strategic capabilities.

‘They are clearly challenging us regionally, and their aspiration is to challenge the US globally, they’ve been very clear about that.’

Tensions have increased around the island of Taiwan in recent weeks. China has stepped up military flights around the self-governed island and used increasingly bellicose language.

At the same time, the U.S. has made clear that will continue to help Taiwan defend itself.

Biden said the US was ‘not going to change our attitude’ on matters like sea lanes, international air space and cybersecurity.

‘I’m not looking for, I don’t anticipate there to be a need for armed conflict.’

Hours after Milley’s remarks, a Pentagon report found that China could have as many as 1,000 nuclear warheads by the end of this decade.

Last year, the Department of Defense assessed that China’s nuclear weapons stockpile was somewhere in the low-200s. 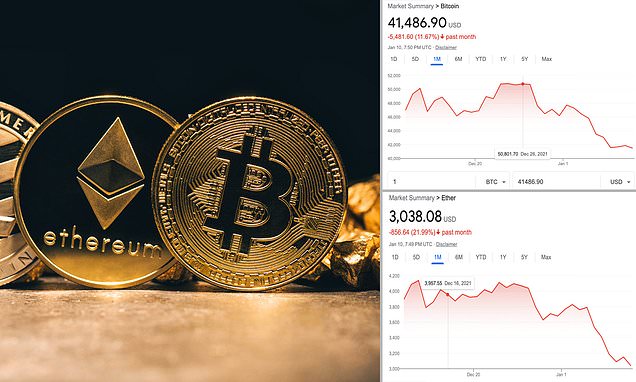 Bitcoin back at a low price of $40,000 - losing 40% of value in two months - while Ethereum hovers near $3,000 level again as Fed eyes interest rate risesBoth cryptocurrencies have seen their prices drop drastically ... 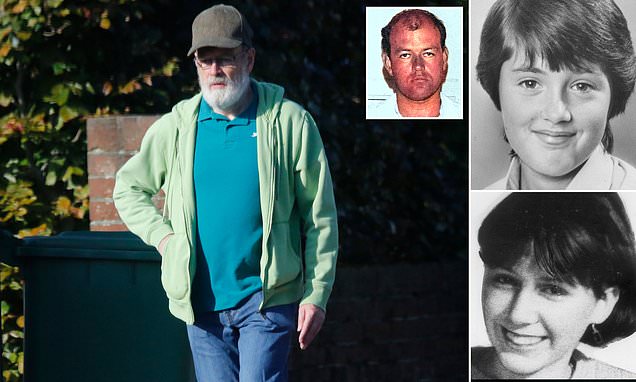 Double child killer Colin Pitchfork could be cleared for move to open prison within months after being returned to jail because he was approaching young womenMurderer Colin Pitchfork, 61, was arrested and recalled to... 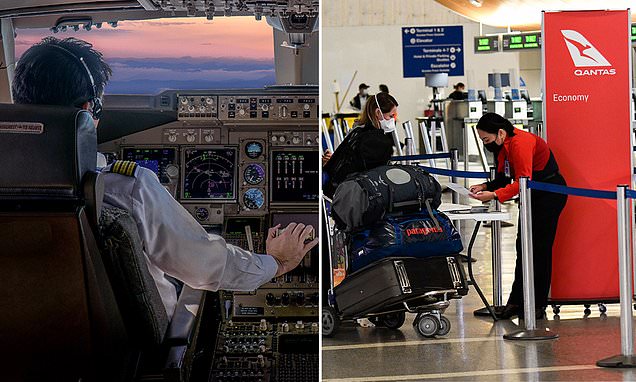 Pilots making errors when returning to work after months off

Out-of-practice Qantas pilots are making errors including commencing take-off with the parking brake on after long periods without flying because of the coronavirus pandemicQantas memo indicated some pilots have been... 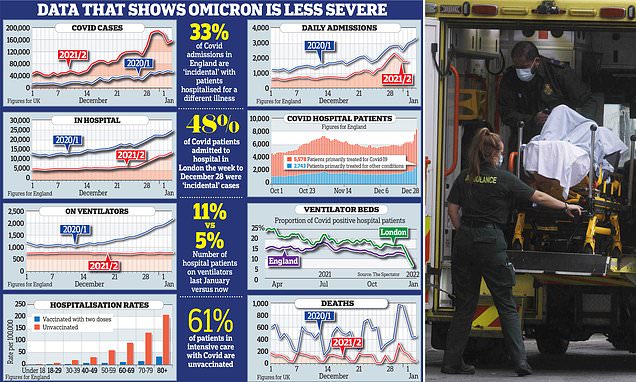 Truth about hospitalisation figures revealed: Number of Covid patients on intensive care wards is HALF its peak level 12 months ago, data showsNumber of patient in intensive care remains stable despite soaring Covid ...