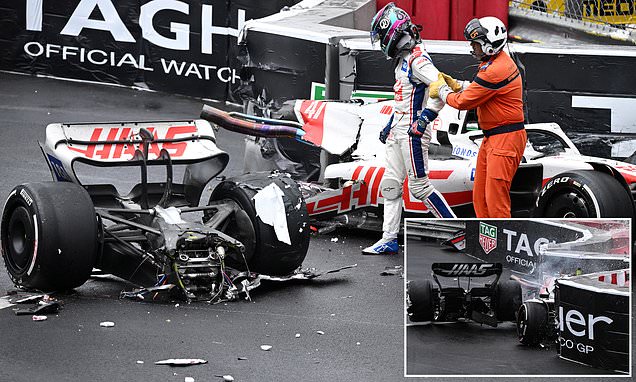 Mick Schumacher’s Haas splits in TWO after a high-speed crash into a barrier at the rain-disrupted Monaco Grand Prix, leading to a red flag… but the driver manages to walk away unscathed from the alarming incident

Mick Schumacher managed to walk away unharmed from the Monaco Grand Prix despite crashing his Haas into a barrier, which left the car split in two.

The race had been delayed due to torrential rain, and when it finally got underway there was always the prospect of crashes occurring in tricky conditions.

However, the majority of the drivers managed to negotiate the early stages of the Grand Prix well, and with the track drying out, it appeared that the chances of a dramatic collision had diminished. 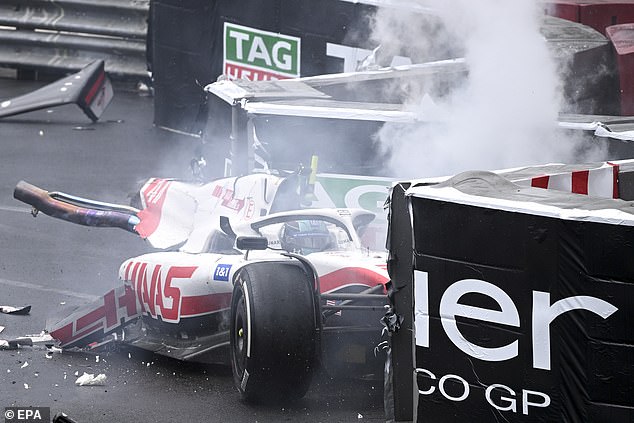 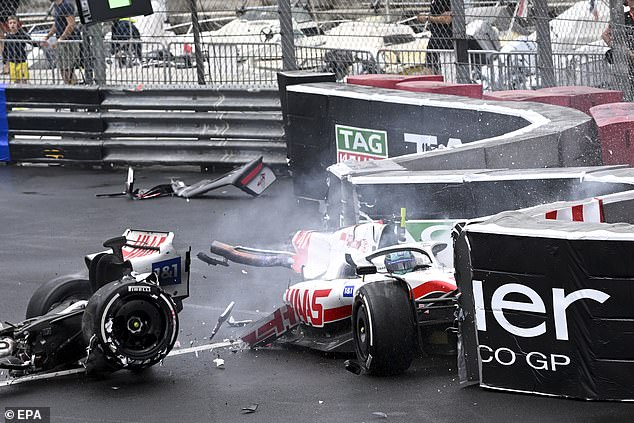 That was until lap 27, when Schumacher suddenly lost control of his car as his vehicle spun around before smashing into a barrier.

It immediately snapped in half, and as TV cameras initially showed footage of the damaged Haas, it was not clear where Schumacher was.

Fortunately, he appeared a few moments later, and was able to walk away from the wreckage unscathed. 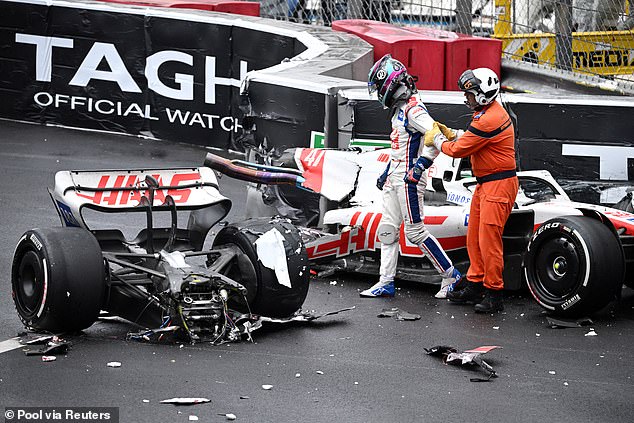 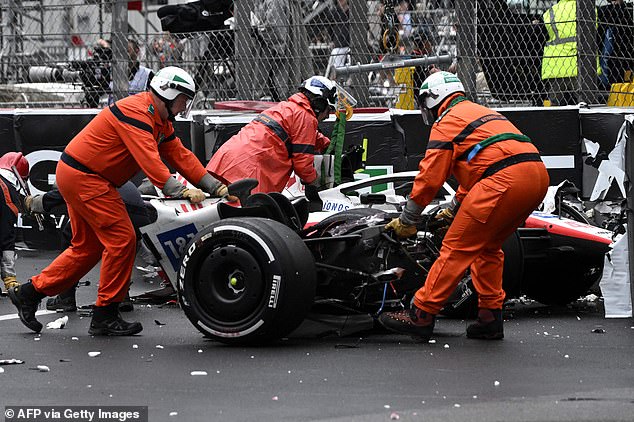 Some of Schumacher’s fellow drivers were left concerned for his safety after witnessing the state of his car, with Sky Sports reporter Ted Kravitz revealing that several asked after the 23-year-old, while they drove around under the virtual safety car.

Haas were able to confirm that Schumacher is unhurt, and this message was relayed by Sky Sports F1, who tweeted: ‘Thankfully, Mick is out of the car and ok.’

The racing authorities eventually decided to use the Red Flag to ensure that the track was cleared of debris and the barrier was replaced, before the action resumed.

Schumacher has now failed to pick up a single point from the opening seven races of the season.