The fight, which erupted in a branch of JD Sports in Fort Retail Park, Cheetham Hill, Manchester, involved Cain Gordon, 20, Levi Murray, 19, and another man and all have now been sentenced.

Murray is then seen brandishing the retractable baton, according to Manchester Evening News. 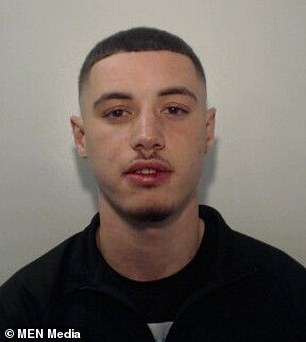 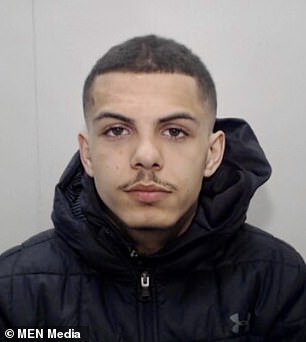 ‘At one point, a father is holding an approximate one year old daughter in his hands, as one of the victims brushes past him, attempting to move away from the attack. 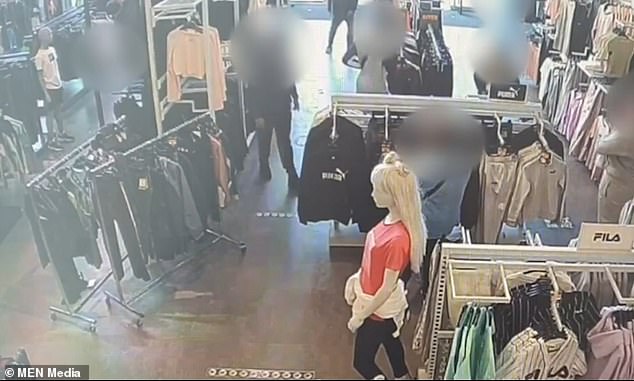 Murray, of Salford, was jailed for 20 months for the same offences.